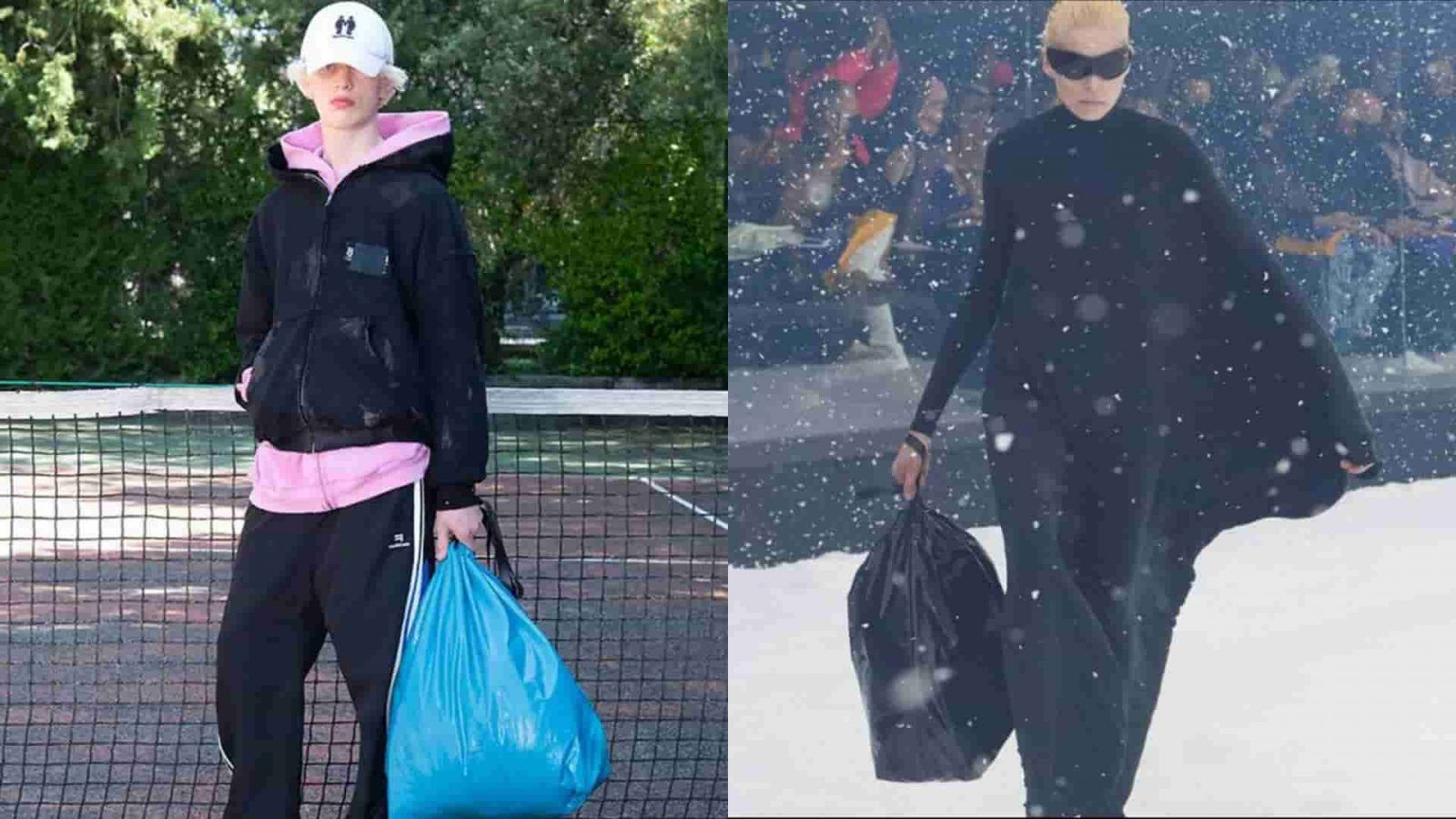 Balenciaga’s garbage bag-inspired Trash Pouch is up for sale

Balenciaga’s Trash Pouch, inspired by a literal garbage bag, is on sale. It might not be what Myrtle Snow had in mind when she was screaming her lungs off at the stake, but here we are.

The luxury fashion brand’s Winter 2022 show was held in Paris with creative director Demna Gvasalia. At the event, models were seen walking with the unique bag through an artificially created blizzard in a glass enclosure, giving the impression of a snow globe.

The Balenciaga Trash Pouch is made from calfskin leather with a glossy coating, and comes in various colours including all-black, white-and-red, yellow-and-black and blue-and-black. Retail price is at $1,790.

Not the first controversial bag by Balenciaga

In 2017, Gvasalia created a piece worth US$2,145 inspired by IKEA’s blue Frakta shopping bag. Following its release, IKEA issued a statement politely underlining that the original was far cheaper.

“We are deeply flattered that the Balenciaga tote bag resembles the IKEA iconic sustainable blue bag for US$0.99. Nothing beats the versatility of a great big blue bag,” said an IKEA spokesperson to Today.

Balenciaga Demna Gvasalia Trash Pouch
You might also like ...
Style
Gucci trumps Balenciaga as the hottest brand for Q2 2022
Style
Balenciaga launches a “speaker bag” with Bang & Olufsen
Style
Kim Kardashian, Dua Lipa, and Kim Kardashian walk the runway for Balenciaga in Paris
Style
Balenciaga, Prada, and Thom Browne team up with Meta to launch virtual stores
Manas Sen Gupta
Manas enjoys reading detective fiction and writing about anything that interests him. When not doing either of the two, he checks Instagram for the latest posts by travellers. Winter is his favourite season and he can happily eat a bowl of noodles any time of the day.
Travel Culture Entertainment Food
Sign up for our newsletters to have the latest stories delivered straight to your inbox every week.