Home > Style > Fashion > From the Birkin, Kelly, to Constance, here are the best Hermès bags to invest in 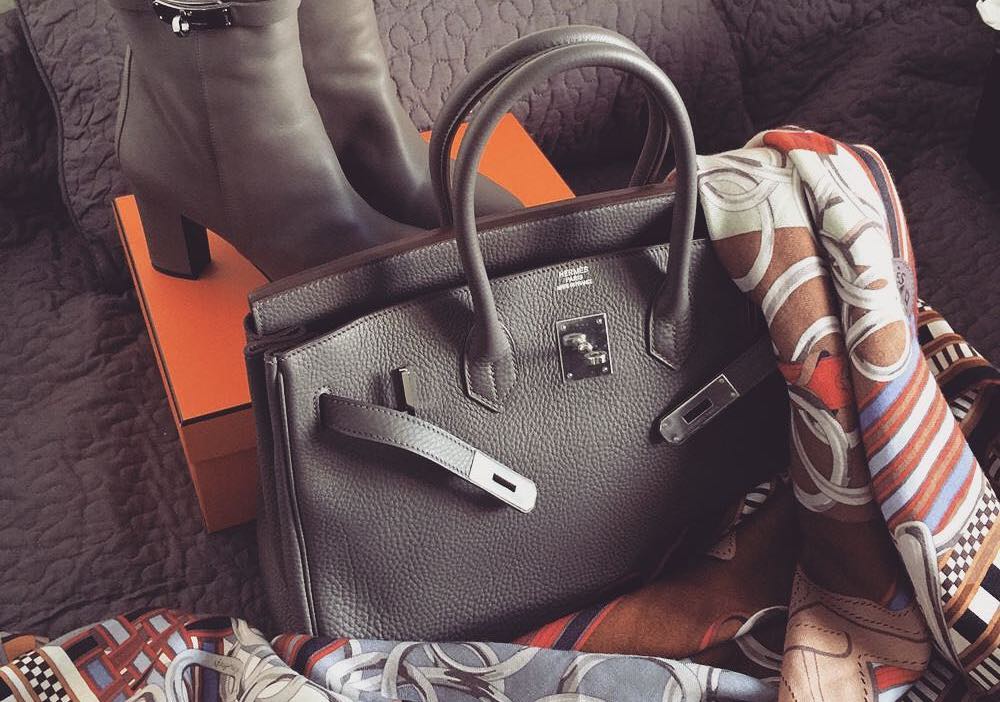 From the Birkin, Kelly, to Constance, here are the best Hermès bags to invest in

There’s nothing quite like investing in an item, such as gold, that becomes more and more valuable over time. But did you know that an Hermès bag can do just the same?

“If my house was burning down, this Himalayan Birkin bag is the one bag I would try to save,” is what the multi-talented Love Marie Payawal Ongpauco once said. Professionally known as Heart Evangelista, she said this while showing some of her favourite bags on her YouTube Channel in a video, in 2021.

Not just that, the First Lady of Sorsogon also revealed that the bag was an ‘investment piece’, as the price, which pops up on various websites, is thrice the amount she paid when she bought it. In 2016, Time magazine, quoting Baghunter, even went on to say that an Hermès Birkin bag was a better investment than gold.

This is why Hermès is one of the most sought-after luxury brands, and its handbags are as much a status symbol. Read on for the best Hermès bags to invest in today.

But first, a quick history of Hermès

Thierry Hermès started the Hermès brand in 1837, on rue Basse-du-Rempart in Paris, in a workshop. The finesse in his work and the endurance of the products resulted in the brand receiving an award at the Universal exhibition in 1867.

Thierry’s son, Charles-Émile Hermès, took over in 1880 as he shifted the workshop’s location and opened a store, which sold harnesses and saddles. This made the brand a household name throughout Europe.

In 1922, Émile Hermès got the exclusive rights to zips and zippers. He later introduced men’s ready-to-wear garments, jewellery, watches, ties and sandals.

Émile had four daughters, so according to the traditions of that time, he gave the reins of the family business to his sons-in-law in 1951, one of whom was Robert Dumas. It was under his leadership that the luxury brand took the shape of what we know today. Dumas was the brain behind Jeu des omnibus et dames blanches, the famous silk scarf.

He was also behind the Kelly bag and the Chaîne d’ancre bracelet.

Robert Dumas’ son, Jean-Louis Dumas, started heading the high-end brand in 1978, and it was under his leadership that the iconic Birkin bags were introduced. In 2005, Pierre-Alexis Dumas took over as the artistic director and was succeeded by his nephew, Axel Dumas, who is the CEO of the brand currently.

7 of the best Hermès bags to invest in today:

“It’s not a bag, it’s a Birkin,” the seller telling Samantha Jones (Kim Cattrall) on being asked about a five-year-long waiting list for the bag, is one of the archetypal scenes from the famous show Sex And The City (1998–2004). And that is the power of a Birkin, one of the most exclusive Hermès bags.

A coveted luxury handbag, Birkin was the result of a chance encounter between Jean-Louis Dumas and singer-actress Jane Birkin. The two were together on a Paris to London flight, and it was their conversation that led Dumas to design a bag.

The ‘it girl,’ being a new mother at that time, complained to the designer about not being able to find a bag that could fit everything. This made Dumas come up with a handbag design, right then and there, that was highly functional and had a dedicated space for baby bottles.

The coveted bag is a favourite of celebrities like Victoria Beckham, Kim Kardashian, Kris Jenner, Kylie Jenner, Heart Evangelista, Jennifer Lopez and Drake, who reportedly own more than one Birkin.

An Hermès store is stocked with only a handful of bags twice a year. Moreover, the style, colour and size are never known prior. Meaning, if a person has their eye on a particular size of a Birkin in a specific colour, they cannot just go to the Hermès boutique to buy it; finding the bag takes time. These bags are not even sold online, on the official Hermès website.

This has boosted the resale market of the Birkin. Even though new bags are not easily accessible, pre-loved ones can be bought online easily. Sometimes, even good quality vintage bags are available on these sites.

One of the most iconic handbags created by Robert Dumas is the Hermès Kelly. The trapezoid-shaped handbag for women features two triangular gussets, two side straps, a handle and a cutout flap. The same bag became the brand’s window into the modern world.

It is said that in the 1950s, Grace Kelly was spotted carrying the bag. The Hollywood superstar, who became the Princess of Monaco, was photographed holding the bag over her stomach, in an attempt to hide her baby bump. That is when the handbag shot to fame and became as we know it today.

However, before the incident, it was called Sac-à-Dépêches. It is also a prized possession that graces the wardrobes of many celebrities, including Kim Kardashian, Kylie Jenner and Jennifer Lopez. The bag even made a cameo in the famous K-drama Crash Landing On You. Yoon Se-ri (Son Ye-jin) carries a not so common Kelly backpack in one of the scenes.

Constance is another loved bag from the brand along with the Kelly and Birkin. It is a modern, simple and highly functional over-the-shoulder bag, secured with a simple H clasp. It was designed by Catherine Chaillet in 1967, while she was pregnant with her daughter. So, the bag was named after her daughter.

This timeless piece comes in four sizes — the classic Constance 24 along with the mini and micro versions of it. There is also a rectangular model called Elan.

The Evelyne bag was first produced in 1978 for riders to use while tending to their horses. It has no lining and features wide shoulder straps along with a bold H perforated on it. These holes were made to let the air pass through the bag so that the horse tending equipment like a comb could easily dry.

The last one is the Sellier Evelyne bag, which has been modified. It does not consist of any perforations. However, it still features an imprinted diamond-shaped H. At the moment, only Generation III and Sellier Evelyn are in production, and these come in four sizes — Evelyne 16, Evelyne 29, Evelyne 33 and Evelyne 40.

Haut à courroies is the first bag ever produced by the brand, and it won’t be wrong to say that it is also one of the most stylish Hermès bags. Made to carry and protect saddles and riding boots, the height and width of this bag are bigger than usual. It made the life of riders easy, as it was before the era of the automobile boom.

Apart from being practical, the stunning piece also features a touch of suave. The bag that is held in place with straps had no name initially. So, it simply became Haut à courroies, which when translated into English means tall (Haut) and straps (courroies). This leather bag is the epitome of Hermès’ craftsmanship and saddlery.

It comes in two sizes. Size 40 is somewhere between a handbag and a travel bag, but size 50 is the ultimate travel bag. Many celebrities, including Travis Scott, Kim Kardashian and Victoria Beckham, have often been spotted carrying a Haut à Courroies.

Bolide’s history dates back to 1923, and it was created keeping the globetrotters in mind. This bag had a zip, which was brought back by Émile Hermès from America, and he had the monopoly over it.

The zip closure on the designer bag allowed it to be kept in trunks without care while travelling. Moreover, the zips gave this Hermès bag its distinct round-angled shape.

Picotin in French refers to the amount of feed given to a horse at one time. This is exactly the inspiration behind this bag — a horse feed bag. This classic bucket bag never goes out of style because of its minimalist yet functional design. Noting that functionality is one of the top priorities of Hermès when it comes to handbags, the Picotin bag allows the user to fit everything in it. The lock closure adds an alluring aesthetic angle, making it the perfect go-to designer bag.