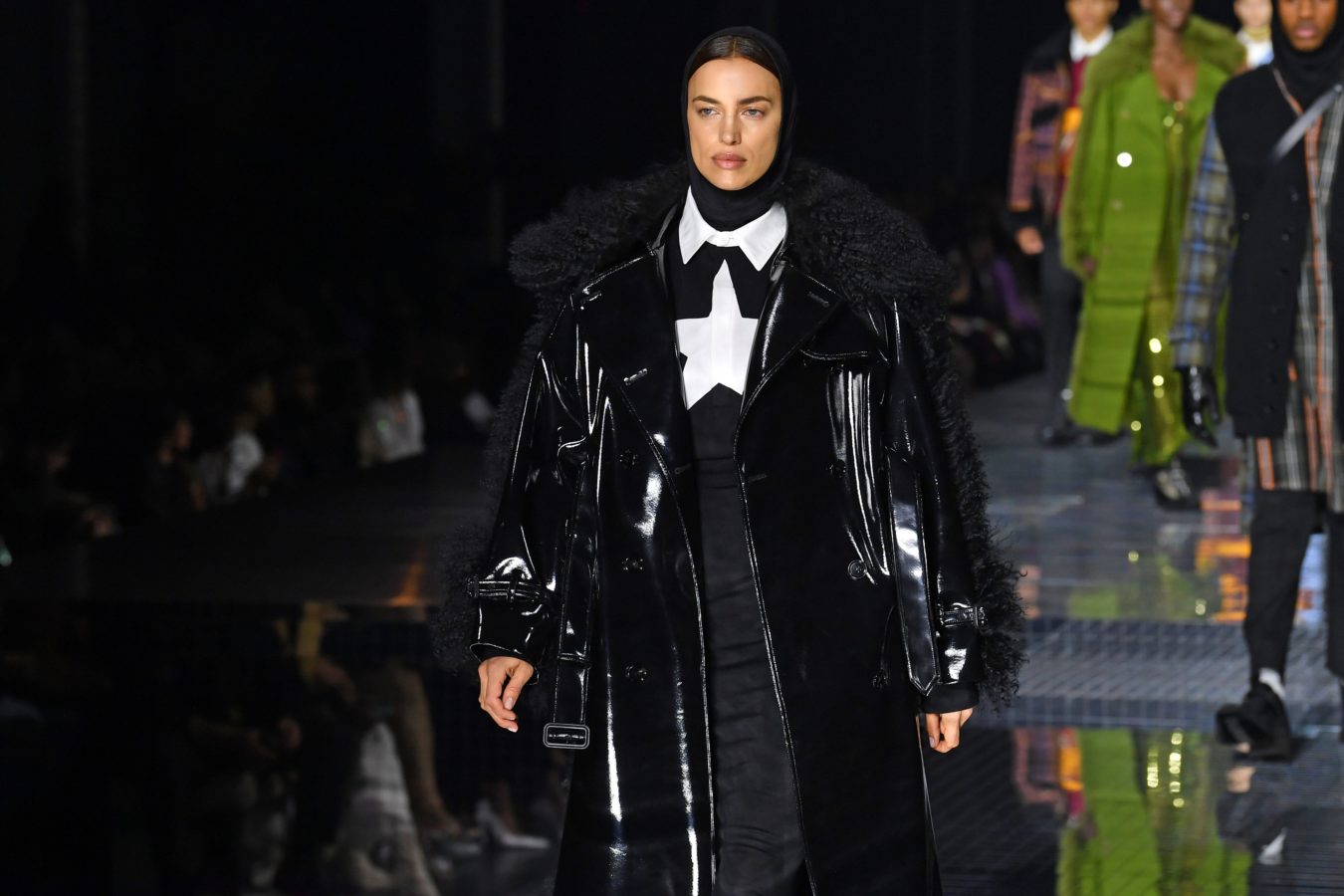 From trench coasts to red checks, Burberry re-imagines the classics.

The most awaited show by Burberry drew all the attention on Monday 17 February, as London Fashion Week came closer to an end. During the National Hall of the Olympia London, Chief Creative Officer Riccardo Tisci presented the 2020 fall-winter collection all inspired from his memories as a young designer and from the people he met while travelling the world.

Nostalgia was a key aspect of the London show for the new Burberry collection, but it was expressed in a very upbeat manner. As expected, Tisci drew heavily on the heritage of the British fashion house, but the resulting garments were far from predictable. By combining classics with ultra-modern fabrics and prints, the Italian designer redefined the silhouettes of the Burberry man and woman.

The world’s most prestigious models, most notably Bella and Gigi Hadid, Kendall Jenner, Irina Shayk, Joan Smalls, and Fran Summers, presented the looks of the season. Longstanding Burberry tropes dominated on the catwalk, which was graced with a parade of beige tones, iconic tartan, and trench coats. At the same time, the collection also featured numerous equestrian references with jodhpurs and quilted jackets and coats.

Burberry was also keen to point out that the show was carbon neutral; the British company has embarked on a drive to reduce its emissions and to implement a series of measures to compensate for them.

Here are a few snippets from the Burberry 2020 Fall/Winter collection.