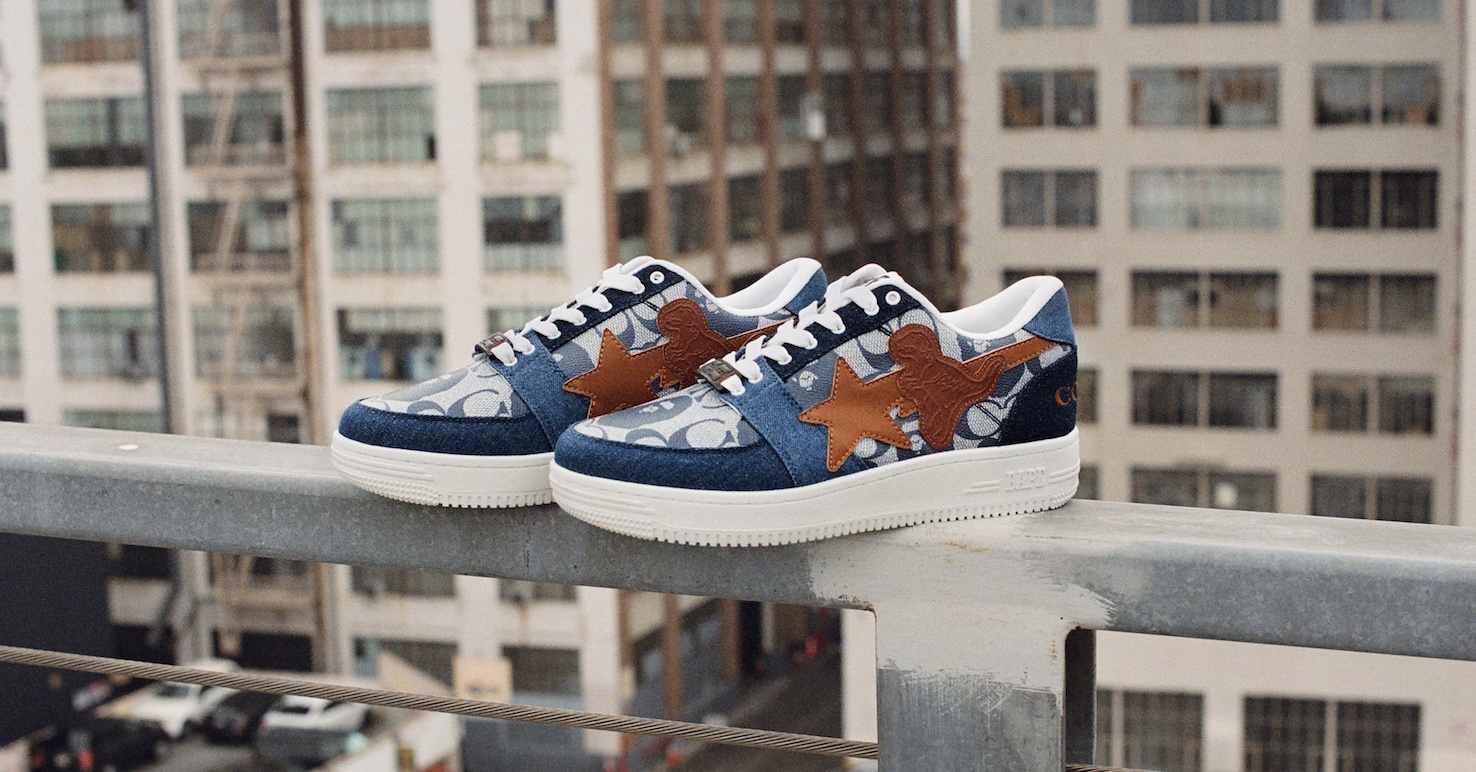 Coach is back with another very cool collab, and this time it’s bigger and better than the last one. This time, it’s a partnership between Coach and Bape.

Coach and Bape are back with another collaboration that’s bigger than their last one.

The collection was unveiled in a new campaign starring Coach ambassadors Cordae, Kōki, and Megan Thee Stallion, who also recently appeared in the brand’s runway fashion show in Shanghai. The images, shot by American photographer Sandy Kim, emphasise on how the collection was made for the city streets. We can especially see the bucket hats and graphic T-shirts featuring the Bape logo being popular among fashion fans in Singapore. And we’d happily add the monogrammed slides to our list of beach essentials.

The whole Coach x Bape collection, including the limited-edition STA sneakers, will be released next Sunday, 24 July. You can purchase the pieces through the brand’s official website.

Sneakers Coach A Bathing Ape bape
You might also like ...
Style
4 places to get your hard-to-find sneakers
Style
The best, fail-proof black sneakers that just go with everything
Style
Gucci unveils new vegan sneakers using a plant-based material called Demetra
Style
Louis Vuitton x Nike: Virgil Abloh remixes the Air Force 1 sneakers
Lifestyle Asia
Here's where you can read the latest news and stories from Lifestyle Asia and our sister titles PrestigeOnline and Augustman, curated from all of our editions in Hong Kong, Singapore, Kuala Lumpur, Bangkok and India.
Luxury

Jaspal x Diane Von Fürstenberg: a collection for all generations