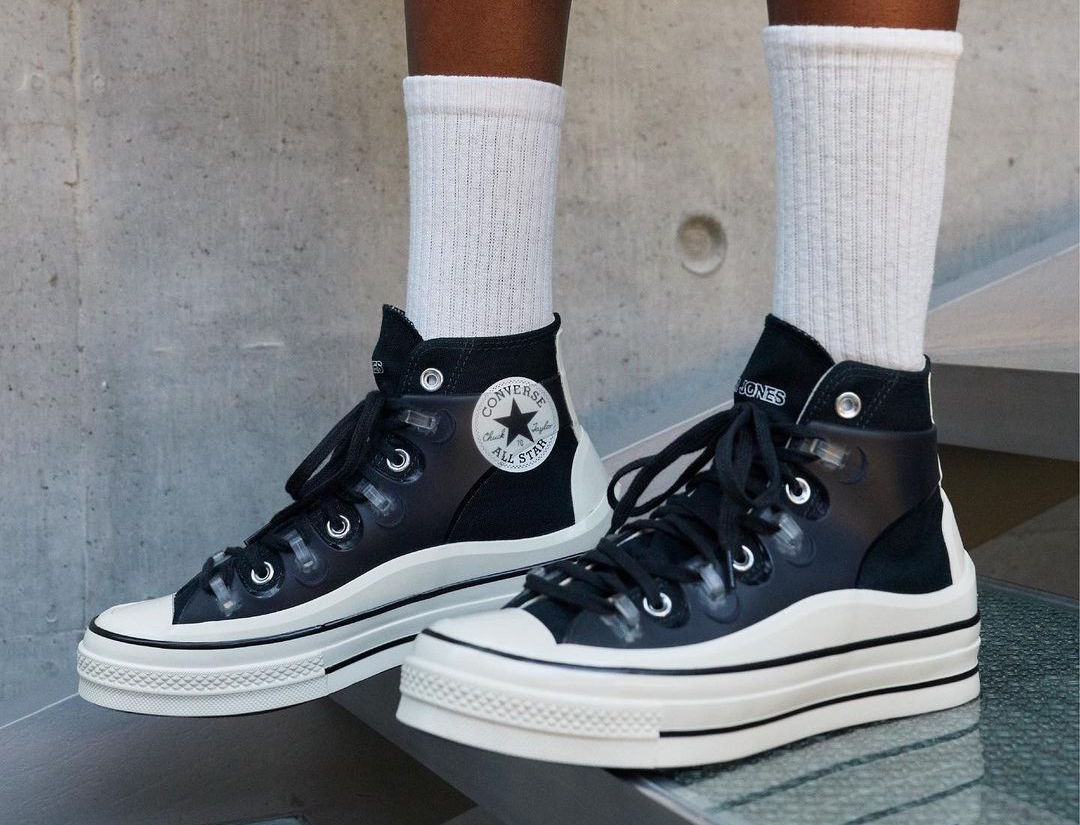 Converse partners with Kim Jones for a very special sneaker

We have a feeling this is about to become a very hot item.

Converse has joined forces with Kim Jones on a luxury-infused version of the brand’s emblematic sneaker style, the Chuck 70. But hopefuls will have to move quickly to get their hands on these sneakers which, once again, are likely to fly off the shelves when they drop, April 8.

The love affair between pop culture and luxury labels is far from over. After Prada and adidas or Off-White and Nike, Converse has now unveiled a collaboration that’s sure to make a buzz. The brand has teamed up with the Dior Men’s artistic director Kim Jones, to reinterpret its most emblematic sneaker style — the Chuck 70 — with a partially transparent design.

Once a go-to shoe for the punk-rock generation, the Chuck 70 is looking more streetwear than ever thanks to creative input from Kim Jones, who worked alongside the Converse design team. These luxury-version sneakers feature a transparent TPU cage and a trompe-l’oeil sole, which looks like a platform. Another key detail is the Kim Jones name on the tongue and sockliner.

Like adidas and Nike, Converse has launched a series of eagerly awaited collaborations with major fashion houses and renowned designers. After Comme des Garçons and Rick Owens — who completely transformed the Chuck 70 with a punk-inspired version — Kim Jones is the latest creative to celebrate the brand’s iconic styles. It’s a masterstroke, which isn’t likely to go unnoticed.

The limited-edition sneakers go on sale April 8 on Converse.com and will reportedly be joined by accompanying apparel. And they’re likely to sell very quickly — don’t say you haven’t been warned.