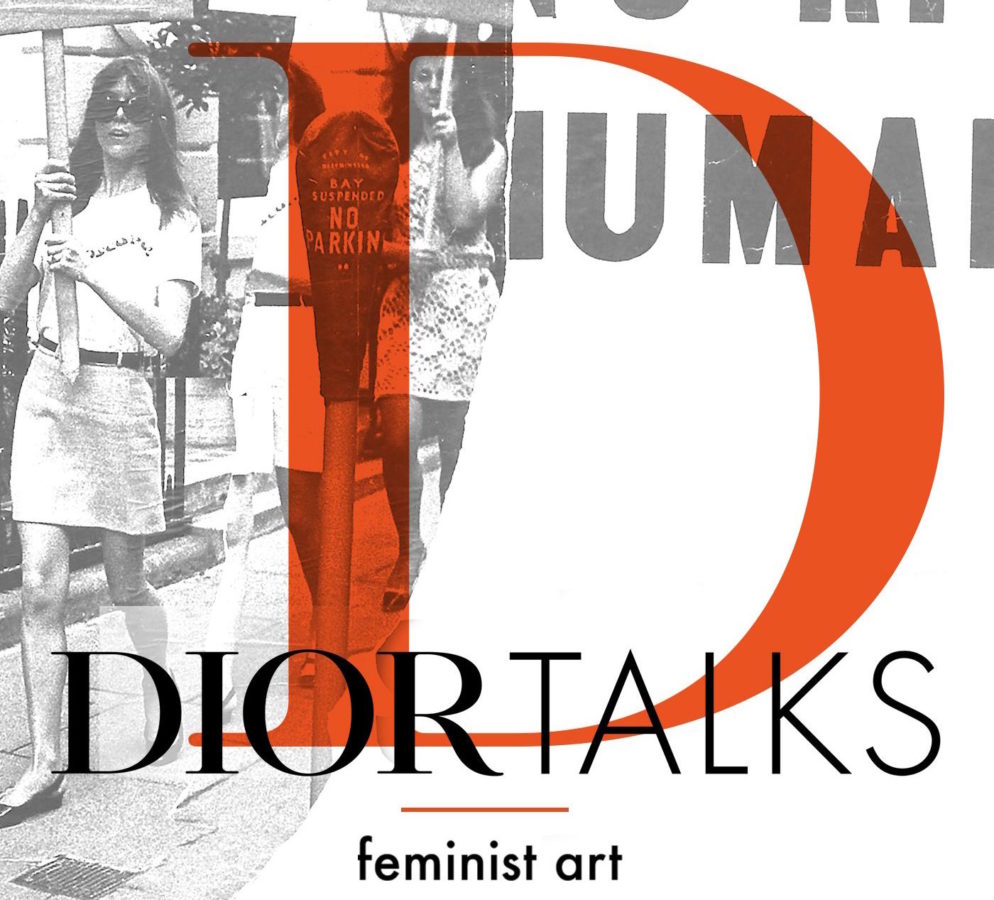 Are you all ears? Tap into the new podcast of the day: Dior Talks.

French fashion house Dior has also bounced into the podcast game. The very first series, the first for the luxury label, has been created to offer a peek inside the contemporary Dior mind.

Dior’s Maria Grazia Chiuri chose to launch the new “Dior Talks” podcast on the special occasion of International Women’s Day. The feminist icon and helm of Dior unveiled Dior Talks as a series of podcasts in the form of conversations; inviting artists, collaborators, and friends of the House of Dior to express themselves freely.

Maria Grazia Chiuri spent time curating each collection as an opportunity to learn and question, by personally meeting all the writers, artists, and artisans of different origins and generations. It is a fresh way to discuss perspectives surrounding the challenges of the future, and the role of art to the initial stages of feminism. This podcast is a medium for many to immerse themselves into something different — to inspire, to discover, and dare to dream.

What is the first episode about?

Whilst the debut episode focused on feminist art with the label’s creative director herself, the later episode features Judy Chicago. Both are already streaming.

Further guests include Judy Chicago, Tomaso Binga, and Mickalene Thomas, who also collaborated with Maria in previous shows. Also, exhibition curator and friend Paola Ugolini and artist Tracey Emin were part of it. The deep conversations on feminism and art, and the exploring of close ties between identity construction, the essential role played by clothing, and liberating oneself from such stereotypical shackles are all central themes.

Katy Hessel has chosen to host the series as she is an art historian and a firm believer in feminism. If you are also excited about this new series, then listen to Dior Talks now at podcasts.dior.com. The next episode is streaming in two weeks and it will feature Paolo Ugolini.

Christian Dior Feminism podcasts Dior Talks fashion podcast
Alisha Pawa
Writer
Alisha is a passionate dancer and is always creating her own choreographies. She is a fan of rom-com novels, a coffee-drinker who loves tea, and is always on-the-go for her midnight chocolate cravings. She hopes to tick-off her never-ending bucket list one day by hosting her own travel show.
Beauty Fashion Arts and Culture Travel