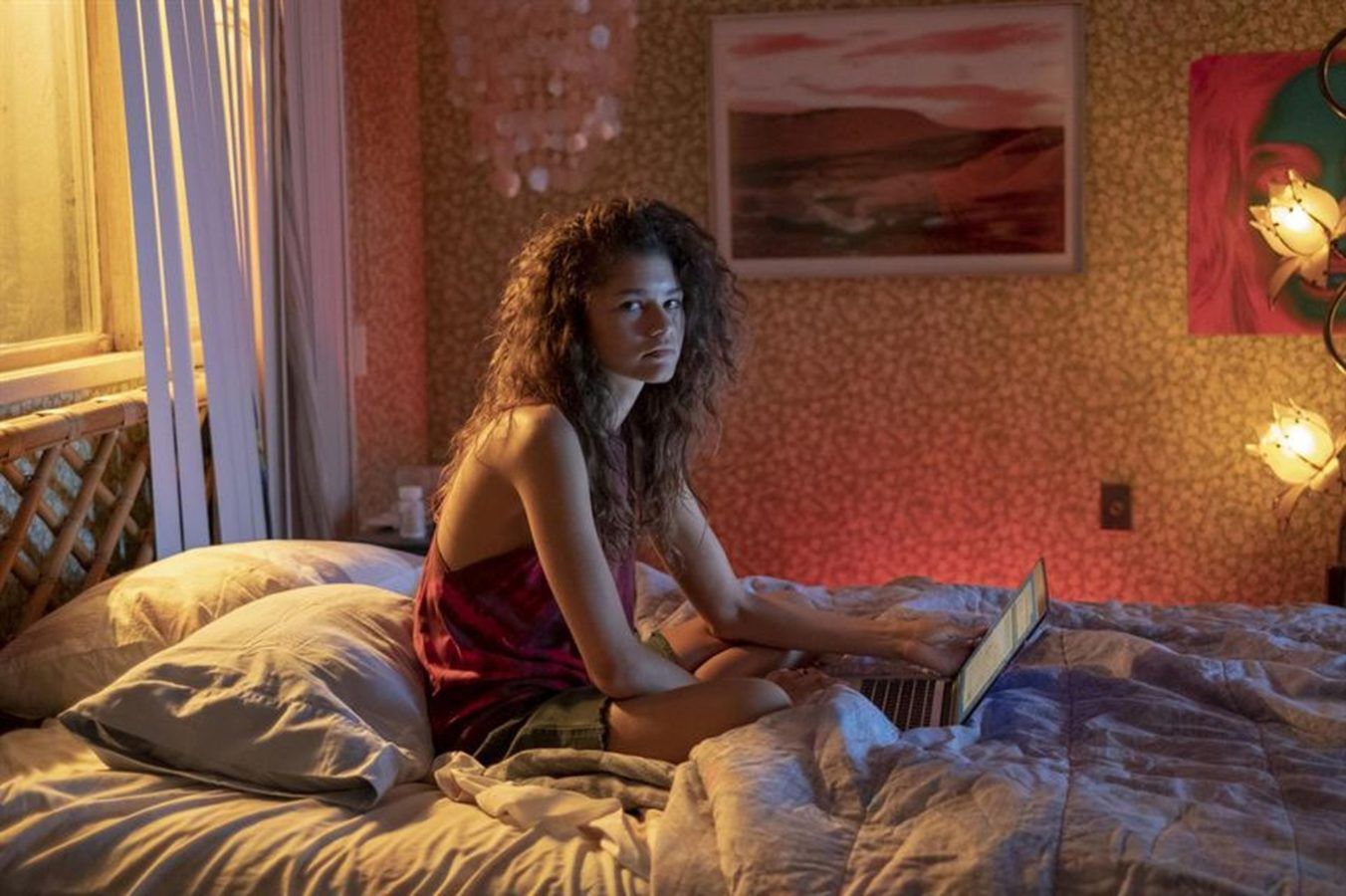 How ‘Euphoria’ is shaping beauty and style trends in early 2022

Every time an episode of Euphoria gets released, we’re either online shopping or sussing out makeup tutorials.

Watch out, all you influencers. The TV series Euphoria could soon be stealing the show. A real phenomenon on social networks, the HBO drama has more and more followers around the world, to the point of imposing its trends on wardrobes and personal grooming. Nothing is spared, it seems, from makeup to nails through hair and outfits, turning the show into the standout fashion and beauty influencer of early 2022.

A particular appeal to Gen Zers

This time, it’s not a Netflix series that has been influencing people’s clothing and cosmetic choices since the beginning of the year, but the hit show Euphoria, co-produced by Drake, the second season of which has been scoring success on HBO since early January. The craze is such that this second season is even managing to beat the first season’s ratings, while also fueling some of the most heated debates on social networks.

Focusing on a young crowd with no taboos — or almost — Euphoria seems to appeal particularly to Gen Zers, who have set the show buzzing on their favourite social networks, from TikTok to Instagram through Snapchat. Much has been made of the themes addressed in the series, including romantic relationships. But since its release, the series also appears to be an incubator for fashion and beauty trends.

So reveals Pinterest in its latest report, which notes a growing interest in the makeup, hairstyles and even manicures spotted in the series. Nearly a week after it aired on HBO, the drama was responsible for a 41-fold increase in searches for “Euphoria”-style party makeup. And, in this field, it is Cassie Howard, played by Sydney Sweeney, who seems to be the show’s most influential character, with a 15-fold increase in searches for her makeup in particular.

Is Zendaya proving less influential than her co-stars?

Pinterest is also seeing a craze for hairstyles from the hit series, which often sway between natural and ultra-sophisticated styles, with searches up sharply from early January. And this time, it’s Jules Vaughn, a role played by Hunter Schafer, who’s the focus of attention. Here, searches increased fourfold just after the launch of the second season.

When it comes to manicures, it is evidently Maddy Perez, played by Alexa Demie, who is influencing younger generations, with searches up sevenfold for her neat nails. Note that, for once, Zendaya is not the one setting the new beauty trends.

And the “Euphoria” phenomenon has not yet finished influencing fashion, beauty and more. On TikTok, the show’s hashtag has nearly 25 billion views, while the hashtag dedicated to the show’s makeup has nearly 1.5 billion views to date. And, speaking of fashion, the global search engine Stylight recently observed a growing craze for the Batsheva brand, highlighted by Lexi Howard in the episode featuring the gang’s new year’s celebrations.

Fashion Entertainment Zendaya Euphoria Film & TV
You might also like ...
Living
30 thoughts we had while watching ‘Inventing Anna’ on Netflix
Living
23 thoughts we had while watching ‘The Tinder Swindler’ on Netflix
Living
What’s new on Netflix and HBO Go this February 2022
Beauty & Grooming
How to achieve liquid hair like Kim, Zendaya, and Dua Lipa
Lifestyle Asia
Here's where you can read the latest news and stories from Lifestyle Asia and our sister titles PrestigeOnline and Augustman, curated from all of our editions in Hong Kong, Singapore, Kuala Lumpur, Bangkok and India.
Luxury
Sign up for our newsletters to have the latest stories delivered straight to your inbox every week.