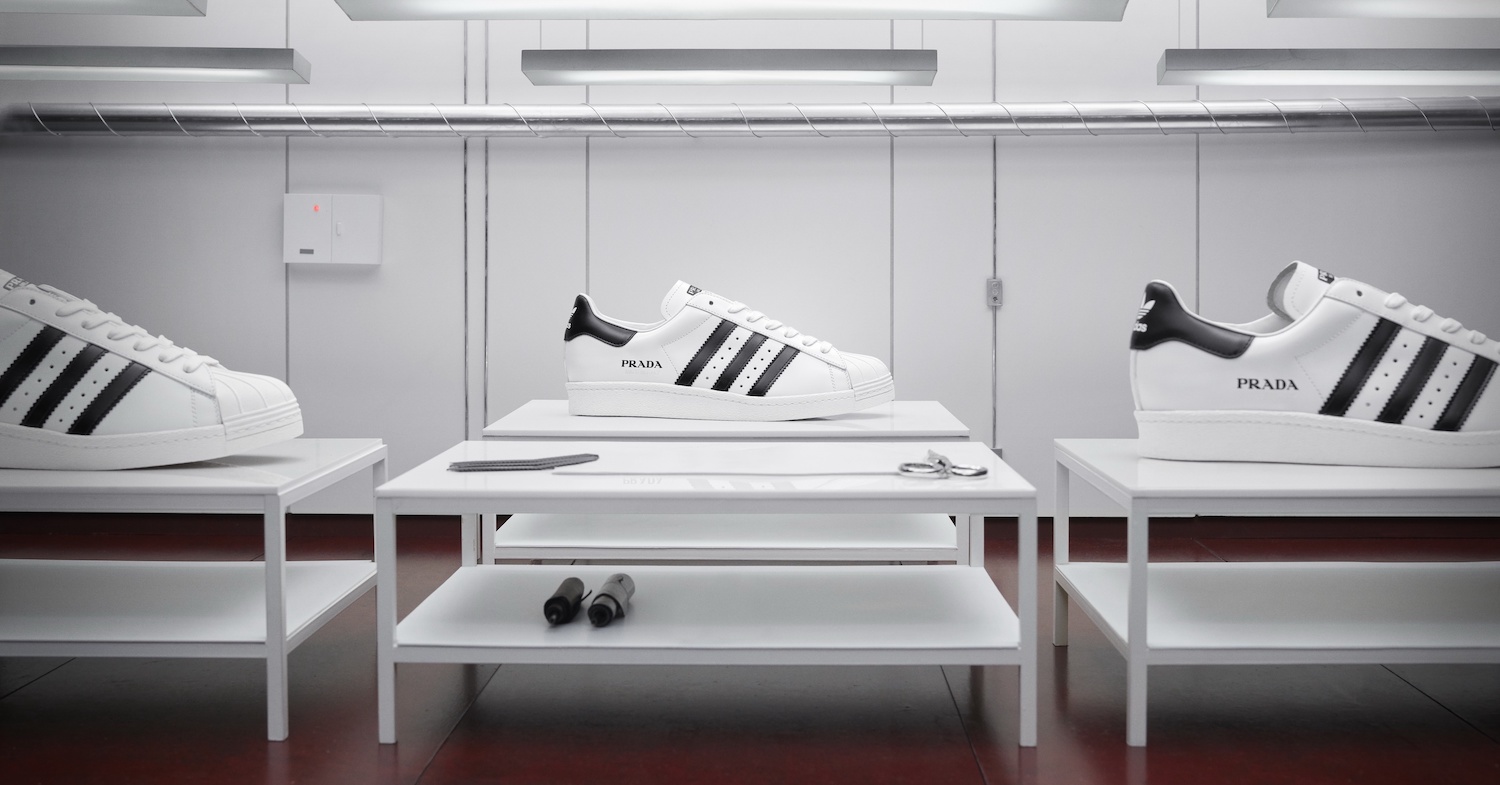 It’s been a very much debated collaboration, yet amidst the heated arguments, Prada and Adidas have unveiled a second drop.

Last year, Prada and sportswear giant Adidas teamed up for a highly-anticipated sneaker collaboration that ended up being more divisive than desired.

That’s because all that came out of it was a pair of the latter’s classic Superstar sneakers, left untouched except for Prada’s logo on the heel, tongue and insole of each white sneaker.

[All images courtesy of Prada]

If you don’t belong to the camp that was disappointed by the minimal trainers — that is, you felt that the pair were a breath of fresh air amidst the chaos of chunky sneakers in streetwear and luxury fashion — you’re in for some great news. The two brands have just unveiled the second drop of their collaboration, and it’s exactly what you’d expect.

The streamlined silhouette remains the same, but now the Prada Superstar comes in three new colourways: black, white with black, and chrome silver with white. Like the first iteration, the shoes’ clean uppers are made of full-grain leather, and each boasts a rubber shell toe, triple-stripe branding and Trefoil logo-print.

The new sneakers may not look like a big deal on the outside, but the campaign that accompanies them reveals that there is more to them than meets the eye.

Especially their craftsmanship. Each Prada Superstar sneaker is carefully constructed by footwear specialists at the Italian brand’s Montegranaro factory. Their parts are cut and assembled by hand, and the resulting shoes are modelled to fit the lasts that the original Adidas Superstars were built upon.

You’ll get a hint of each part of the manufacturing process in the new Prada x Adidas campaign, which is staged in the former’s factory — or, at least, a miniature recreation of it. The play in scale emphasises the new sneaker styles, making them look like a big deal indeed. And that’s yet another detail from the collab that most people would miss if they aren’t paying attention.

If you are, here’s what you need to know: the new Prada Superstar sneakers will retail for approx. THB 15,970 each. They’ll launch next Tuesday on 8 September, and you can get your hands online through Prada’s or Adidas’ website.

Sneakers Prada Adidas
Lifestyle Asia
Here's where you can read the latest news and stories from Lifestyle Asia, curated from all of our editions in Hong Kong, Singapore, Kuala Lumpur, Bangkok, India and Paris.
Luxury