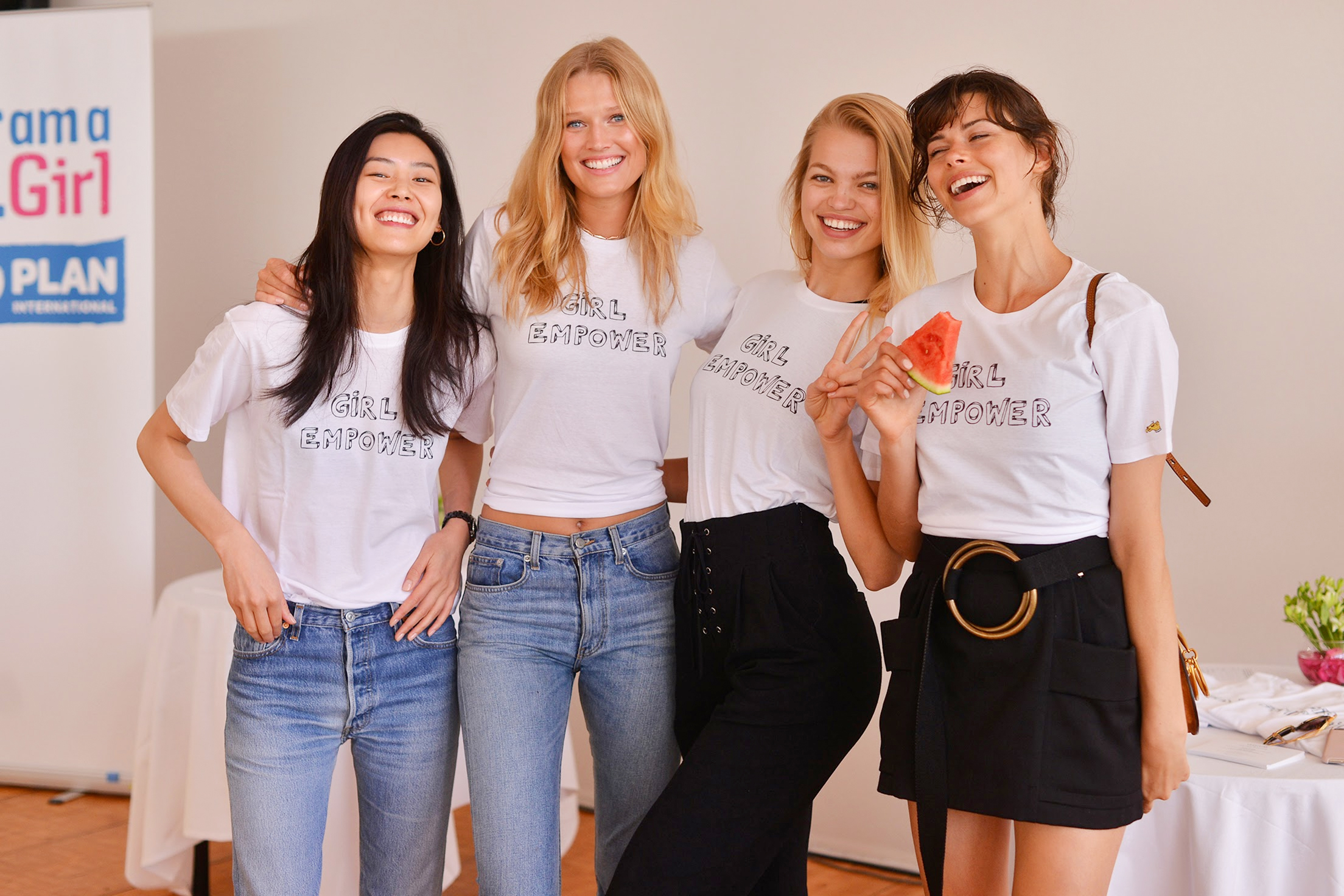 From Kate to Gisele: You can now shop from your favourite supermodel’s wardrobe

Style
From Kate to Gisele: You can now shop from your favourite supermodel’s wardrobe
Share this article
Next article

Kate Moss, Gisele Bundchen, Naomi Campbell, Karlie Kloss, Jourdan Dunn — these are the names of the supermodels we all know and love. They’re our source of style inspiration every season; whether they’re on and off the runways or exiting the airport, we want to know exactly what they’re wearing and how they’re styling the season’s pieces, simply because they’re the ones that know fashion best.

So, have you ever imagined what it would be like if these ultimate style icons were to share their designer wardrobes with you? Well, now’s your chance to find out. Launching next month, German supermodel Toni Garrn is collaborating with Vestiaire Collective to set up a charity sale, enlisting some of her fashionista friends from around the world to donate items for a great cause.

These items — including a signed denim jacket from Kate Moss, personalised Prada shoes from Gisele Bundchen, a vintage pink velvet dress from Poppy Delevingne and many more — will be available to purchase at an online market from early November, followed by a series of pop-up stores in Berlin, London and Paris as a European extension of the “Supermodel Flea Market” Garrn hosted in New York for the past two years. A hundred percent of all proceeds will go directly to the Toni Garrn Foundation to support and empower underprivileged girls in Zimbabwe, Africa, through building schools and providing them with access to education.

Models, celebrities and artists from Hong Kong are also joining in on this meaningful project, including Amanda Strang, Cara G. Mcilroy, Angela Yuen, Louise Wong and Jeannie Chan, officially stamping the project as a global campaign. “I always wanted to take the sale worldwide and for it to have an online presence,” the Victoria’s Secret Angel told Vogue. “Now anyone can participate and own a piece from their favourite model’s closet, while doing something good at the same time!”

Meanwhile, British designer Bella Freud has also offered creative support by designing a limited edition charity t-shirt, which is highlighted by a slogan that reads “Girl Empower” drawn in her distinctive graphic style. As Freud explains, “Wear your heart on your sleeve, our young people are the leaders of the future.” We couldn’t agree more.

Living
Our Good Life Guide to Staying In
Travel
The best staycation and hotel reopening deals in Bangkok right now
Style
Best Dressed in Bangkok: The New Normal Edition
Travel
5 boutique hotels in Hua Hin for your next escape from the city
Style
8 fashionable face masks for Bangkokians with style
Travel
These Belmond hotels are offering Pay Now Stay Later vouchers for your next vacation
Culture
5 series to binge-watch this July 2020
LSA Curates
Travel
Lifestyle Asia launches LSA Curates, a slate of exclusive experiences for our readers
Travel
Your next Krabi adventure awaits with this travel package from Pimalai Resort & Spa
Sign up for our newsletters to have the latest stories delivered straight to your inbox every week.

6 instagram-worthy bikinis to flaunt at the beach

Weekend muse: swim shorts that’ll woo everyone on your next weekend trip