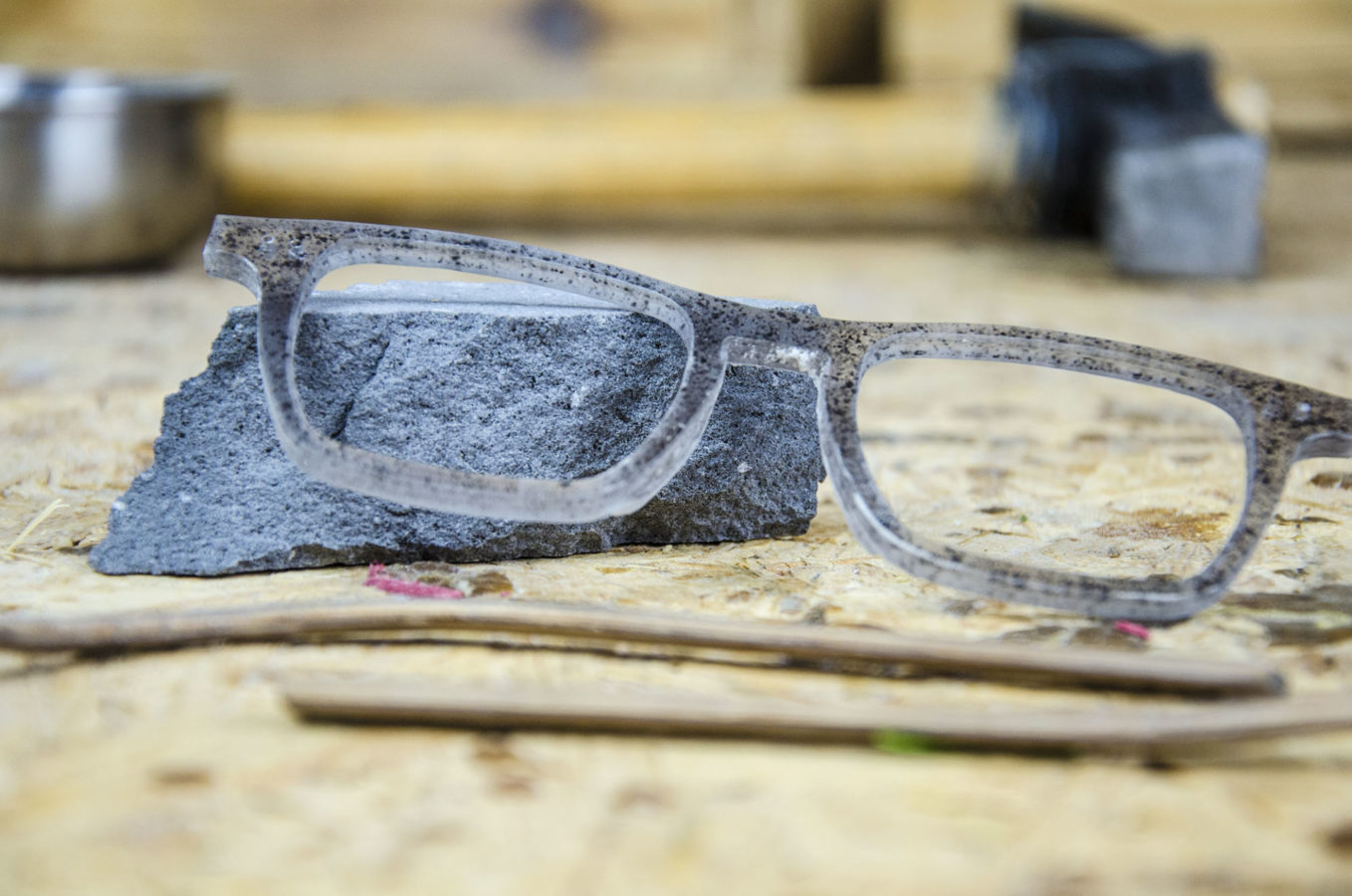 Would you wear these eco-friendly glasses made from volcanic rock?

Style
Would you wear these eco-friendly glasses made from volcanic rock?
Share this article
Next article

To all the green consumers in the place with style and grace.

Much like apparel, shoes and accessories, spectacles have been in “green revolution” mode for several years, looking to eco-friendly and natural materials, each as original as the next. Now, Wood Light has a particularly special innovation to present, with a pair of spectacle frames featuring shards of Volvic volcanic rock. The frames are the fruit of a collaboration involving an optician and a Michelin-starred chef.

Three entrepreneurs from very different worlds — but united in their love for the Auvergne region in central France — joined forces to work on this new kind of spectacle frame. The Michelin-starred chef, Adrien Descouls, the optician and founder of Optic Dome, Thibault Randoin, and Wood Light brand founder, Julien Douzal, pooled their ideas, their creativity and their expertise to develop a capsule collection of spectacle frames combining wood with shards of Volvic stone. This volcanic rock is sourced specifically from quarries not far from the town of Volvic, known for its mineral water as well as its famous stone.

The story goes that it was Adrien Descouls — who famously took part in France’s edition of the “Top Chef” TV show — who spoke to Thibault Randoin about wanting to get some unique glasses made that would celebrate the volcanoes of Auvergne. The optician then turned to Julien Douzal and his brand of artisanal glasses, made in the Puy de Dôme, to help bring this original project to life.

But these special spectacles weren’t made in a day. The final result took several tests and prototypes — plus around 30 stages and several hours of production. The famous stones were first broken to get a fine powder, which was sifted then encrusted in clear acetate to make the front face of the frames. This sits in contrast with the arms, which are made with multi-layer plywood of walnut and ash.

“The transparency lets you see the shards of rock as if suspended — it’s a striking effect,” says the trio behind the glasses. “This dusting of black rock is also reminiscent of pepper, an extra nod to the work of Chef Adrien!”

Style Glasses Eco-Friendly Sustainability
You might also like ...
Culture
In case you missed it: our 10 most popular stories this November 2020
Culture
How Beth Harmon of ‘The Queen’s Gambit’ became an unexpected fashion influencer
Style
7 pink sunglasses that will actually make you look pretty in pink
Living
Are blue-light-filtering glasses worth the hype?
Staff Writer
Style