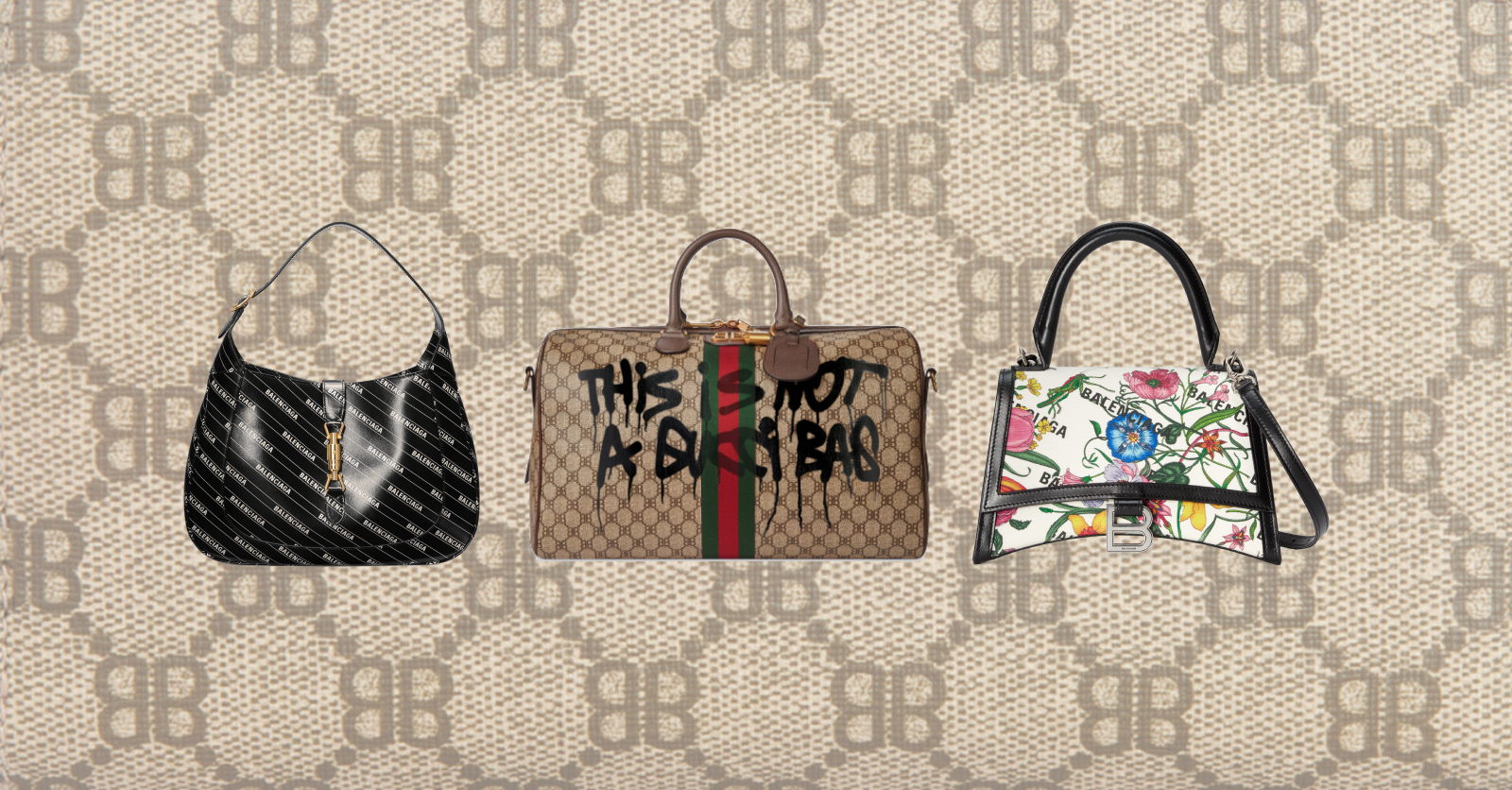 Gucci and Balenciaga’s The Hacker Project has officially landed in Thailand.

What do you call the crossover of two of the biggest fashion brands in the world? Not a collaboration, if you ask Gucci and Balenciaga, but The Hacker Project.

We got our first look at the creative venture in April, when Gucci unveiled its 100th anniversary “Aria” collection. Amidst equestrian-inspired ensembles and Gucci 100 merchandise, designer Alessandro Michele also introduced an array of Gucci signatures branded with the Balenciaga logo, as well as his colourful takes on the Hourglass bag and Triple S sneakers.

The Hacker Project continued in Balenciaga’s Spring/Summer 2022 collection. Creative director Demna Gvasalia tweaked an array of bags and accessories in Gucci’s iconic GG monogram canvas with its own double-B logo, as well as a graffiti-ed slogan inspired by the Surrealist artist René Magritte: “This Is Not A Gucci Bag.”

Both collections are now out in stores. Below, we highlight the best limited-edition pieces to get your hands on, and where to do so.

If you’ve grown tired of your Gucci double-G buckle belt, consider Gvasalia’s spin on the cult accessory. Gleaming with a double-B buckle, the Hacker BB Belt is one of the most wearable pieces from the collection and best sums up the the adage, “if you know, you know.”

For your next holiday, why not pack your stuff in the Hacker Graffiti duffle bag, which sports an edgy, spray-painted façade? It’s one of the many bags that show off the Balenciaga-fied Gucci monogram canvas, with another notable design being the French fashion brand’s version of the Jackie 1961 hobo bag. The best part of the “BB” monogram is that it isn’t immediately obvious, and in fact looks like the Gucci original at first glance. It’s a trick that Gvasalia has pulled countless of times, reworking logos from Gap and even US presidential candidate Bernie Sanders’ campaign.

The BB monogram also appears on items that Balenciaga die-hards already consider staples, like a cap and a reversible scarf. More Gvasalia than Gucci, these items are available in black and grey colourways that would pair well with your Balenciaga sneakers.

For his half of The Hacker Project, Gucci’s Alessandro Michele injected a dose of the Italian luxury brand’s heritage into Balenciaga’s trendiest items.

Case in point: the Hourglass bag, loved by Kim Kardashian and Hailey Bieber, now comes in a floral print that first appeared on a Gucci silk scarf commissioned for Princess Grace Kelly in the ’60s. (Miley Cyrus is already a fan.) The bestselling Triple S sneakers have also received the same colourful treatment, making them a grail-worthy pair.

There are other must-haves that mirror Balenciaga’s sense of cool, like a pair of skin-tight ankle boots (another staple of Kardashian’s), now remixed with the GG monogram. And the Jackie 1961 bag with its all-over Balenciaga logo pattern should be probably be renamed Jackie 2061 for its futuristic look. As for the piece that’s the easiest to show off on Instagram? That honour goes to the Gucci x Balenciaga chain necklace, dangling with charms shaped after both brands’ logos.

Check out The Hacker Project pop-up on the ground floor at Siam Paragon from now until 29 November 2021.