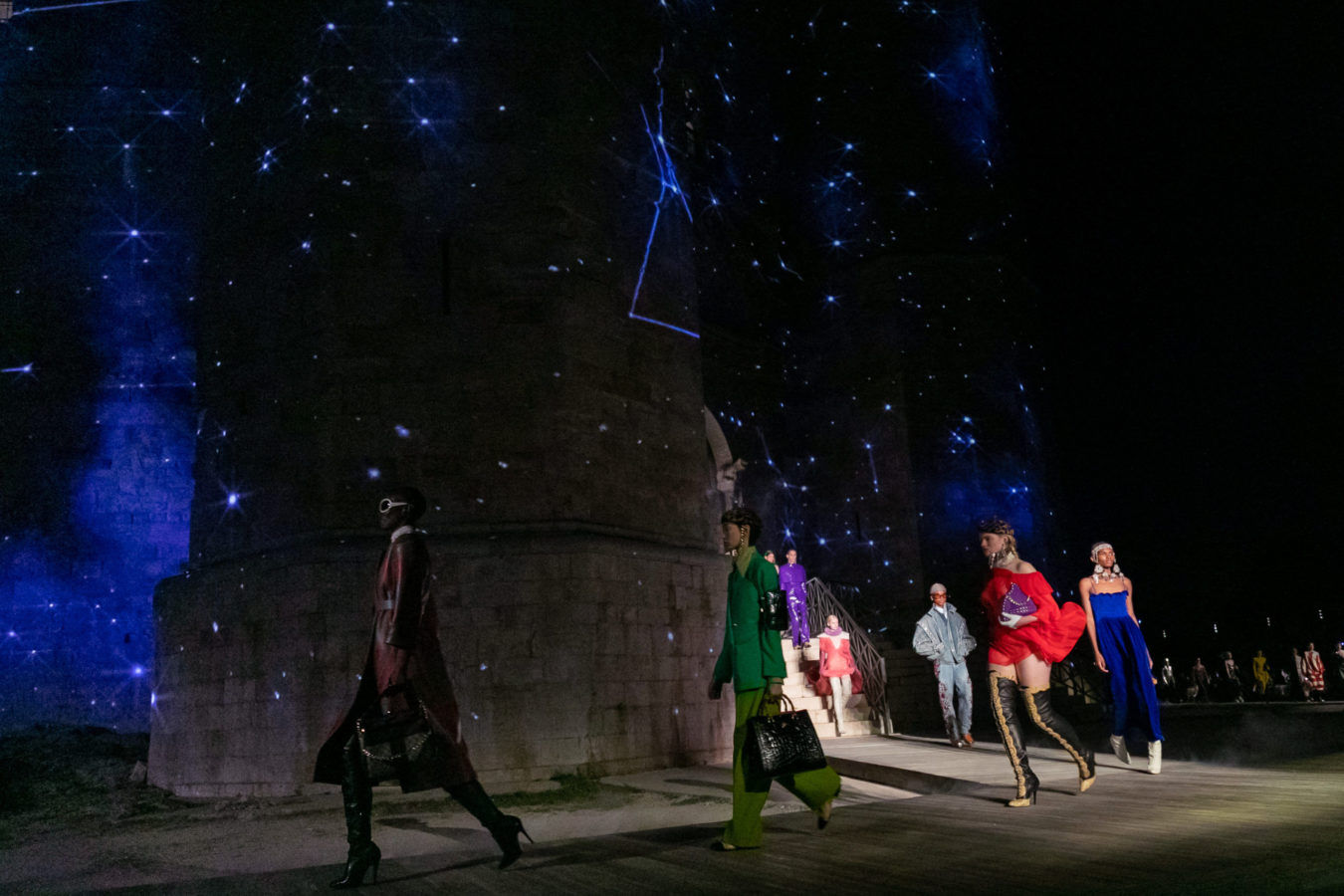 Expect to reach for the stars with Gucci when you’re front row at the Gucci Cosmogonie Cruise 2023 show in Puglia.

After all, each of the show-goers didn’t just get to enjoy a spectacular show but also received a star adopted by the brand personally for them. When it comes to gestures, Gucci’s creative director, Alessandro Michele believes that bigger and grander are better. Each VIP attendee who made their way to the destination show in Puglia, Italy had the chance to experience a Super Blood Moon lunar eclipse and a star to remind them of this supernatural experience.

Held at the 13th-century citadel and castle (Castel del Monte) situated on a hill in Andria, the Gucci Cosmogonie show was built on a narrative around German Jewish philosopher Walter Benjamin. He was a part of a small but incredibly significant cohort of German-Jewish intellectuals who fled the Nazis in the thirties. Alessandro Michele’s show is based on his theory, ‘Thinking in Constellations’ which talks about how the provisional notions of experience, observation, and memory form a constellation. This rather philosophical school of thought is translated in both the experience of the Gucci Cosmogonie show and in an abstract, astronomical influence.

With an eery castle in the backdrop and an open star-filled sky, the models walked down cascading staircases with a promise of holiday dressing. From dresses that looked more like optical illusions to sheer sequinned numbers, the collection was all about the glamour unique to cruise collections. Meanwhile, the stars that descended for the show included Dakota Johnson, Lana Del Rey, Elle Fanning, Måneskin and Jodie Turner-Smith. Under the shadows of the night, the Gucci Cosmogonie Cruise 2023 show was one that was written in the stars.

Fashion Style Gucci Italy Alesandro Michele Constellations Lunar Eclipse
You might also like ...
Style
How the seriously unsexy Scholl sandal became a hot summer must-have
Living
Cannes Film Festival 2022: The most anticipated film screenings
Style
There’s now a barbie doll of fashion designer and icon Vera Wang
Style
Balenciaga is selling distressed sneakers for up to THB 64,000
Lifestyle Asia
Here's where you can read the latest news and stories from Lifestyle Asia and our sister titles PrestigeOnline and Augustman, curated from all of our editions in Hong Kong, Singapore, Kuala Lumpur, Bangkok and India.
Luxury
Sign up for our newsletters to have the latest stories delivered straight to your inbox every week.