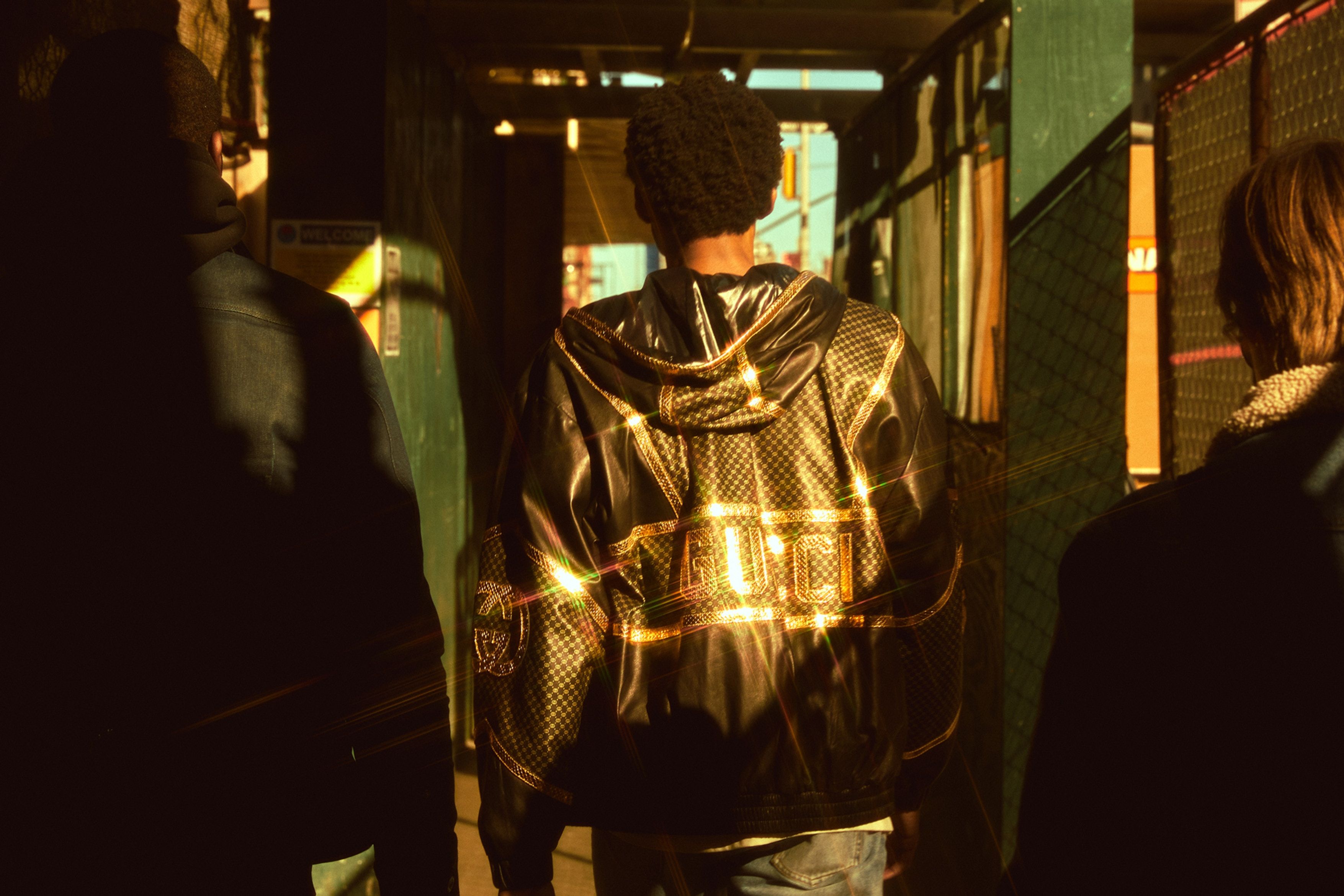 About this time last year, a name that hadn’t been spoken of for decades suddenly broke the Internet. Dapper Dan — real name Daniel Day — is the Harlem-based bootleg artist of the ’80s who had his career cut short for copyright lawsuits. In an ironic twist of fashion, Alessandro Michele was accused for showing an almost-exact replica of his work for Gucci’s Cruise 2018 show, before acknowledging it as an homage to the provocateur.

A partnership was soon forged. By the end of 2017, Dapper Dan was the face of the house’s tailoring campaign, and had an appointment-only Harlem studio atelier opened and supplied with plush Gucci fabrics. A Gucci x Dapper Dan capsule collection was also announced for a Fall 2018 drop.

And after months of waiting, selected pieces from the men’s and women’s collection were finally unveiled and exclusively sold in-store at Gucci Wooster — the label’s brand new SoHo outpost — last weekend.

As expected, they stayed true to Dapper Dan’s ’80s roots. Digging deep into his own archive, tracksuits and jackets in baggy silhouettes once customised for rappers and hip hop artists are resurrected. Details only the ’80s era can claim as its own come in full resplendence — gold undertones, exaggerated pussy bows, extra-large eyewear, eccentric headbands — yet kept totally anchored in modern-day sensibilities via millennial-spurred styling tricks (oh hi, socks-and-sandals pairing).

It wouldn’t be a Dapper Dan collection without his logomanic penchant. Unlike back then, when he had to illegally bootleg popular logos and monograms, he now gets to work with the iconic Gucci symbols. The house’s monogram is translated in gold foil on a windbreaker and a puffed-up bomber jacket, and the intertwined Gucci logo as pocket emblems on tees and sweatshirts.

While the worldwide launch date has yet to be announced, expect a full-blown Gucci x Dapper Dan lineup coming soon to a Gucci boutique near you this Fall 2018.

Gucci Collaboration Dapper Dan Harlem Logomania
Bianca Husodo
Sign up for our newsletters to have the latest stories delivered straight to your inbox every week.