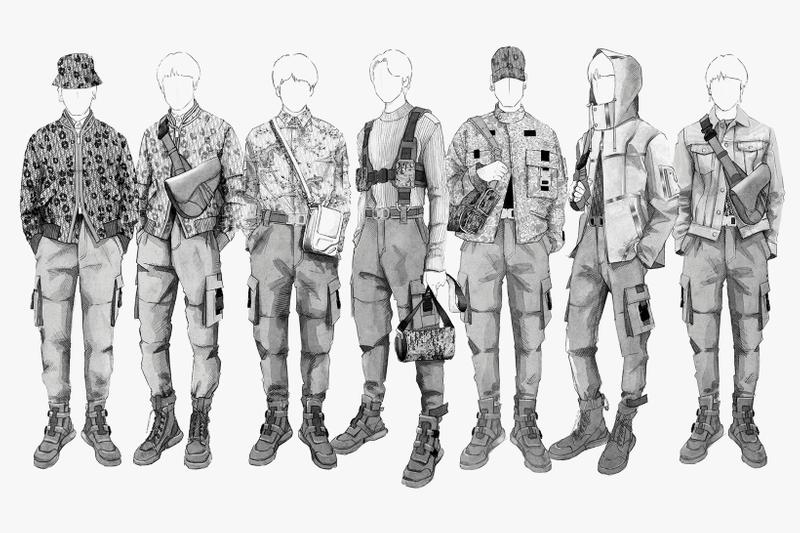 Welcome to Lifestyle Asia’s monthly digest of the latest goings-on, trends, and noteworthy events that have taken place in the global fashion industry. This month, we’ve seen Dior partnering with K-Pop royalty, while Rihanna makes a groundbreaking deal with LVMH. Read on for more updates on everything you should know about in the world of fashion business and retail.

“I love BTS because they are really great guys and also super into fashion”, says Kim Jones, the director of Dior’s menswear. It was announced that the House will design the looks for the seven-member South Korean band BTS (a.k.a “Behind The Scenes”) – a band that has sold over 10 million albums around the globe and are also the first Korean band ever to be nominated for a Grammy award. Dior‘s first-ever collaboration on stage outfits for a pop band saw looks that were based on Jones’s Pre-Fall 2019 collection – a blend of futuristic spirit and modern, utilitarian sportswear. The brand debuted their outfits in Los Angeles on May 4 with their “Love Yourself: Speak Yourself” world tour.

Celebrity clothing brands may not be new, but when Rihanna announced her “Fenty” fashion label with LVMH, she marked a new moment in the history of the fashion industry. The Barbadian pop singer is the first woman ever to have coined a brand at the prestigious luxury goods group, not to mention also the first woman of colour. LVMH – the multinational conglomerate that oversees brands from Givenchy to Veuve Clicquot – hasn’t launched a fashion line from scratch since 1987 (Christian Lacroix). Rihanna’s Fenty will the company’s first fashion house built from the ground up in 30 years. The brand, which will include ready-to-wear, shoes, and accessories, is set to launch officially in Paris on May 22.

Earlier this month, Gucci’s Artistic Director Alessandro Michele sparked off a fierce social media debate when he launched three lipsticks for his first beauty line for the House. The lipstick campaign images featured four vintage-style photos of crooked and gapped teeth, aiming to encourage the public to reconsider conventional ideas of beauty. However, the campaign was faced with mixed reactions; some saw the images as unnecessarily grotesque, while others applauded the brand for taking a stand against the rigid rules of beauty.

“Who is she?” Givenchy tried to gradually tease who the new face of the House was going to be over Instagram, but the silhouette of the high-ponytailed figure was too easily recognised. Ariana Grande has been announced as the new member of the Givenchy family, introducing the charming nickname for their partnership ‘Arivenchy’. With the pint-sized pop phenomenon fronting Givenchy’s highly anticipated Fall/Winter 2019 collection, the full campaign is set to be unveiled in July.

Kering, the international luxury group has published a new set of animal welfare standards for its fashion brands to maintain high ethical standards. The freshly issued guidelines include prohibiting intensive farming and the use of sub-therapeutic antibiotic treatments. It also encourages more regenerative grazing and a detailed set of care instructions for the raising of cattle, sheep and goats throughout their entire lives. Kering labels such as Gucci and Burberry are a few of the luxury fashion houses that have now officially banned the sale of fur.

Want more updates on the fashion industry? Follow us on Instagram for a regular fix of haute news.