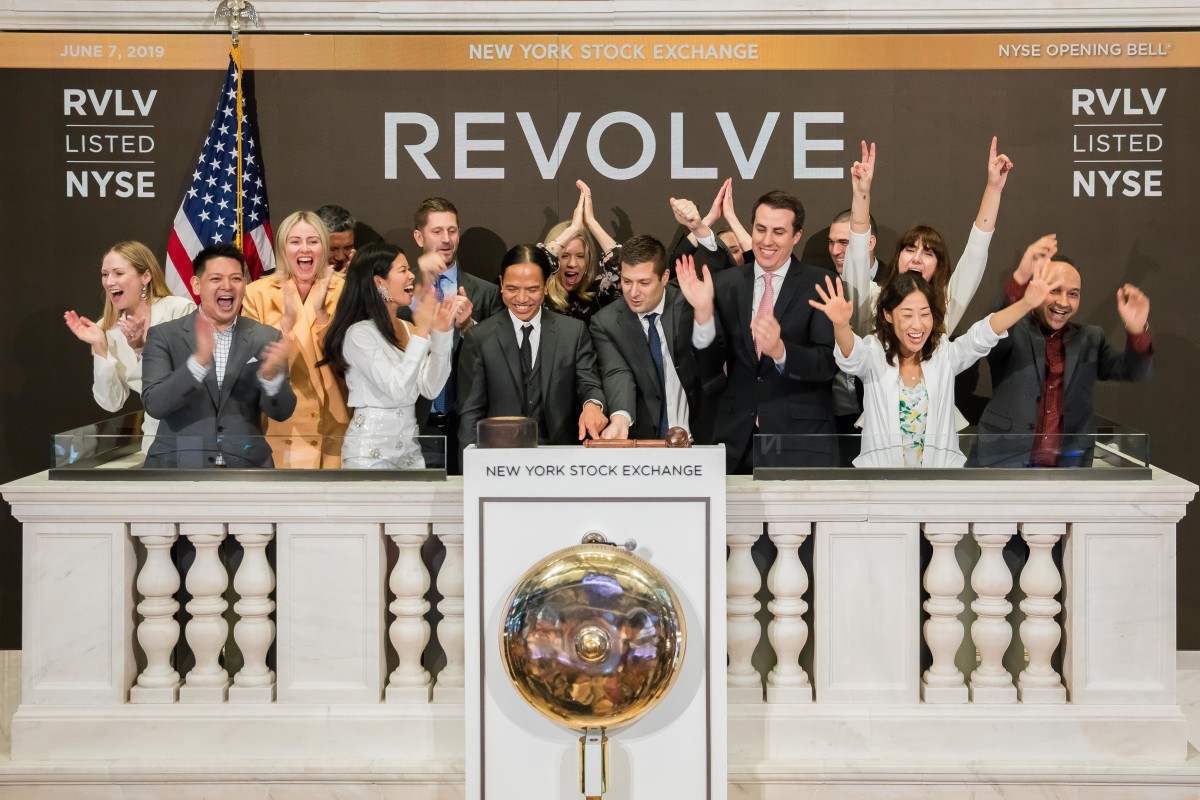 Welcome to Lifestyle Asia’s monthly digest of the latest goings-on, trends, and noteworthy events that have taken place in the global fashion industry. This month, we’ve seen Instagram influencers valued by Wall Street, while a new Givenchy collaboration inspired by Asian street style has been released. Read on for more updates on everything you should know about in the world of fashion business and retail.

Giambattista Valli and H&M are releasing a collaboration

One of H&M’s most glamourous collaborations yet, the new partnership with Giambattista Valli was officially announced in Cannes at the amfAR gala. The Italian fashion designer and H&M’s creative advisor, Ann-Sofie Johansson, walked down the red carpet with an entourage that included stars and influencers Kendall Jenner, Chris Lee, and Chiara Ferragni – all wearing pieces from their pre-drop collection.

Each side has plenty to celebrate from this new partnership. Johansson is excited for H&M to work with whom she calls “the undisputed master of haute couture with a knack for the memorable silhouette”. Meanwhile, Valli says “H&M gives me the opportunity to bring my vision of style and my celebration of beauty to a wider audience”. The collaboration will also allow Valli to have his first foray into menswear, since the collaboration will produce lines for men and women. The Giambattista Valli x H&M collection launches worldwide on November 7, 2019.

Of course, it’s not news that a Hermès Birkin Bag can also be a savvy investment. But it’s still noteworthy that this month, a 015 Himalaya niloticus crocodile Birkin 35 bag sold for £162,500 at Christie’s in London this week – exceeding its predicted sales price of £70-90,000.

Bidders from 41 countries took part in the auction with sales of 243 lots that altogether reached £3.4 million. The Birkin bag, named after the actress Jane Birkin, has not changed since it emerged on the market. The pieces are crafted in the atelier with the same traditional methods: by expert artisans using the double needle saddle stitch. It’s a time-tested method that ensures Birkins will still look just as pristine as it did decades ago. Clearly, the demand and value for the rare iconic bags is not slowing down. They’re just as collectible now as ever.

Revolve raises a storm at its Wall Street debut

The millennial and influencers-centric luxury fashion e-tailer, Revolve, has now become 2019’s third-best US trading debut, and the best of any FashTech company. Proving a hit at Wall Street earlier this month, the company raised $212 million in IPO and touched down on the market at a $1.3 billion valuation. They opened trading Friday up 40% from its $18 offer price and then soared as much as 111% to finish at $34 to a share.

Revolve was among the first fashion companies to take advantage of the power of social media. Now, thanks to its network of 3,500 influencers (including Kendall Jenner and Olivia Culpo) and their strategies to invest in wild exclusive parties, it’s one of the fastest growing and most dominating luxury fashion retailers today. Showing just how effective utilising social media platforms and influencers can be, Revolve reported a net income of $31 million last year. Its shares are now trading on the NYSE under the symbol RVLV.

Givenchy takes to the streets with Onitsuka Tiger

Inspired by the hyper-chic streetwear scene currently coming out of Asia, Givenchy’s creative director Claire Waight Keller styled every single look from her first large-scale Menswear collection with a pair of sneakers – including those from the label’s new collaboration with Japanese sneaker brand Onitsuka Tiger.

The opulent SS20 collection that premiered at the Villa Palieri showcased two variations of Onitsuka Tiger’s “Nippon Made Mexico 66” shoes. One is an all-white version with the footwear brand’s signature stripes and Givenchy lettering. The other is a black version with Givenchy detailing in red and white. On each pair, there’s a back tab with a “Givenchy – Onitsuka Tiger” inscription. It’s the first time that the French heritage fashion house has collaborated with a sneaker manufacturer on a global scale. It also shows Givenchy’s shift from their historical focus on formalwear towards the new focus on streetwear under Keller. Keeping with the streetwear market’s method of selling products via “drops”, Givenchy has already released both styles in stores worldwide – only a day after their catwalk presentation.

Chanel is still “not for sale”

After Karl Lagerfeld’s passing, Chanel continues to push on. The French luxury fashion house has just released their full-year results for 2018 during which sales rose 10.5% to $11.1bn. The growth was mainly led by Chanel’s largest region of Asia-Pacific, where revenues rose 20% higher. Chanel is one of the last luxury fashion houses to remain privately owned. But it’s always been stringing along investors and potential buyers who drool over the notion of one day owning a piece.

Despite past estimations of the brand being worth $50bn, Chanel is now more likely to be worth almost $100bn. This prompted even more speculation as to who could now – if anyone – could afford to buy it. Either way, the House is quite absolutely  “not for sale”, as Phillippe Blondiaux, the group’s Chief Financial Officer says for the hundredth time this year. Chanel has always been about creating dreams, and indeed, it’s a real fantasy for bankers.