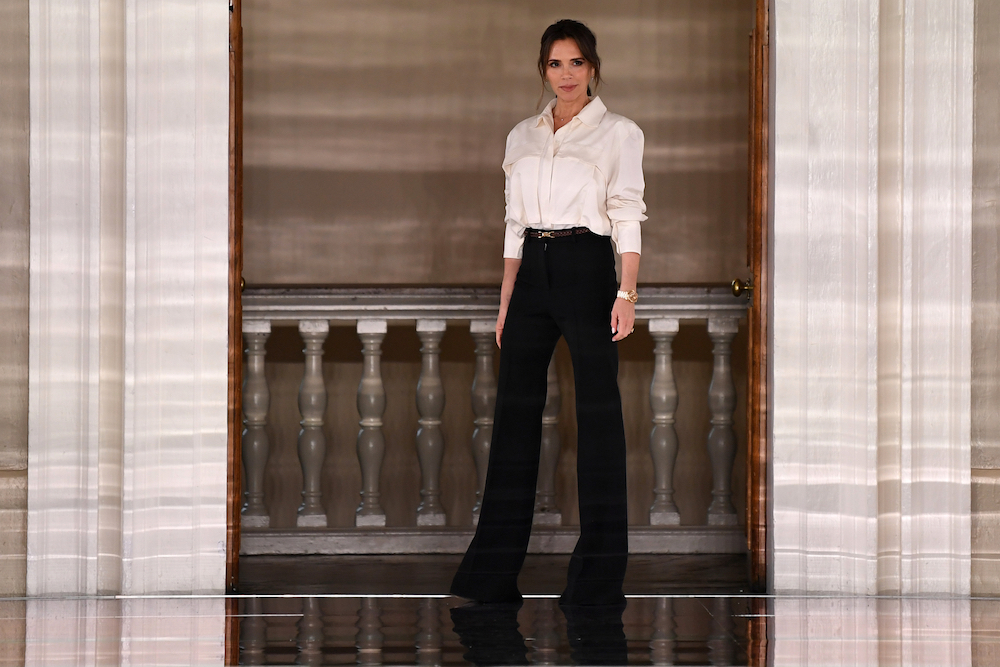 Victoria Beckham presented her Fall 2020 collection on Sunday at London Fashion Week, and made a clarion call for a “gentle rebellion” — a sophisticated and a tasteful collection.

“I wanted to explore how to honour tradition but challenge convention. To be subversive yet sophisticated,” the designer said in her collection notes.

“The collection is about staying true to ourselves and our woman, but still surprising her, and us. Twisting our codes,” she added.

“This is what I call my gentle rebellion”.

The catwalk was lit up by fluid black dresses worn with platform boots that wouldn’t have looked out of place on some of her former Spice Girls, a small-checked culotte skirt brightened up by a yellow sweater and a turtleneck sweater dress with diamonds cut out of the sleeves.

The pop star turned designer said her autumn/winter 2020/21 collection came from “thinking about the tension between refinement and rebellion”.

“I was inspired by different women’s ideas of women — different characters, different moments and different attitudes — but with no restrictions.”

The models paraded on a reflective floor in Whitehall’s lavish Banquet House, adorned with imposing chandeliers and a ceiling painted by Rubens in 1636.

The former Posh Spice mingled with the audience after the show, dressed in a white silk blouse and black high-waisted trousers.

Her family supported her from the front row, with ex-footballer husband David carrying daughter Harper on his lap, surrounded by sons Romeo and Cruz and the high priestess of fashion Anna Wintour.

Only eldest son Brooklyn was absent.

After years in New York, the former singer returned to London Fashion Week in 2018 to celebrate the tenth anniversary of her brand, her first show in the British capital.

She has since gone into cosmetics with Victoria Beckham Beauty, teaming up with Sarah Creal, a former Estee Lauder executive, who she met in 2016 during a joint launch.