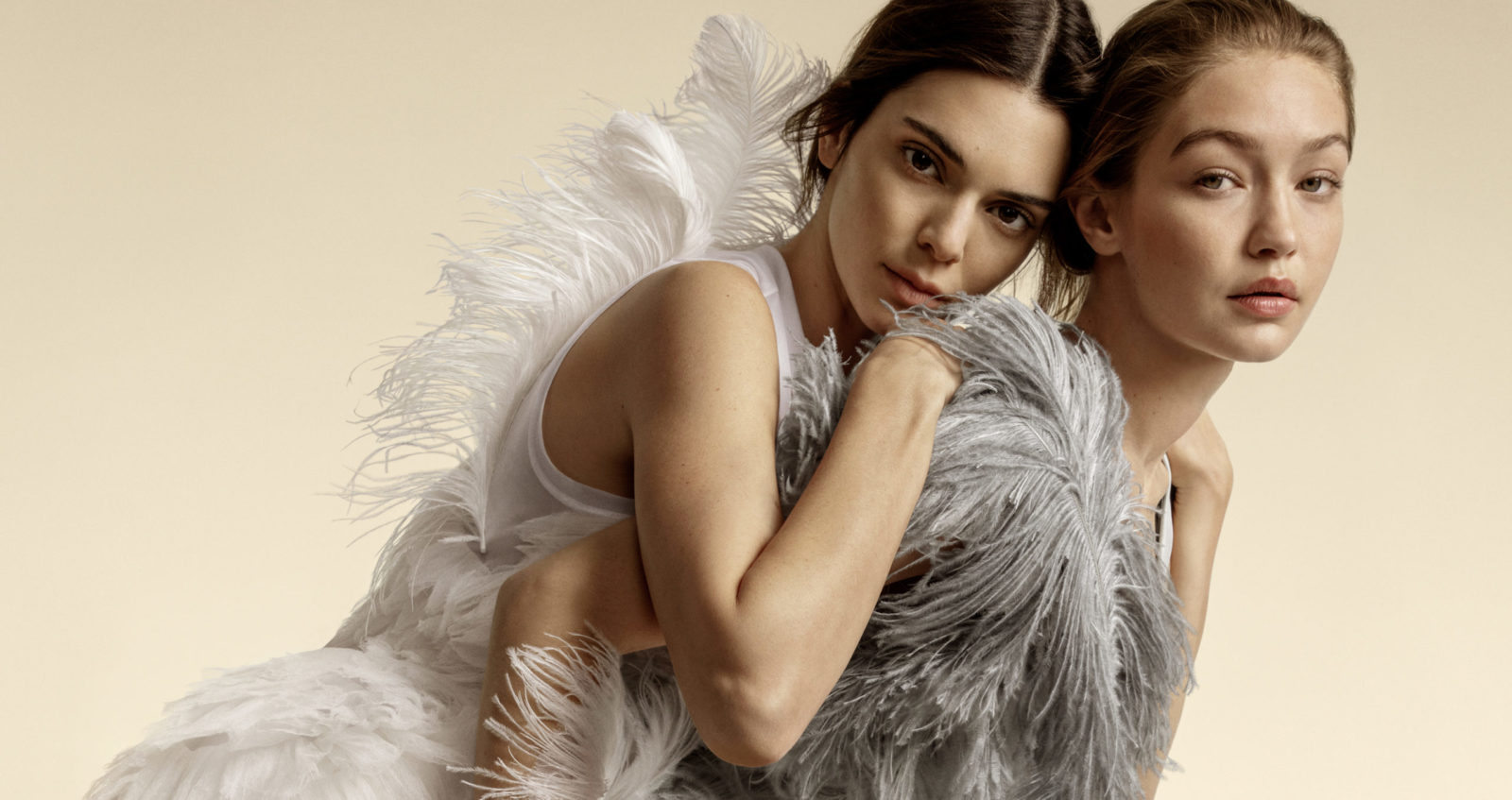 Riccardo Tisci knows how to pick a star model. Or three, like he did for Burberry’s Spring/Summer 2020 campaign featuring the modern-day supermodel trifecta of Kendall Jenner, Bella and Gigi Hadid.

Shot by the equally iconic photography duo Inez and Vinoodh, it marks the first time that Kendall and Bella are fronting a campaign for the British fashion brand. Gigi had previously been the face of Burberry’s Monogram collection, but all three walked the brand’s S/S 2020 runway show last September. (Remember when Kendall went blonde for a hot second?)

The campaign’s ensemble cast was cherry-picked by Tisci himself, who became Burberry’s Chief Creative Officer in 2018. “The campaign feels like the beginning and I wanted to celebrate the men and women who represent Burberry – some who have been a long-standing part of my career and others who have started this Burberry journey with me,” explained the designer.

Other faces who star in the campaign, aligning with Tisci’s vision for the fashion house, are Chinese model He Cong, Danish newcomer Mona Tougaard and model veteran Freja Beha Erichsen, who gives the campaign a dose of androgynous cool while sporting a Burberry trench coat.

Speaking of, the collection was just as much of a highlight as the campaign’s stellar cast. Burberry’s tailoring and evening wear pieces were in the spotlight, as well as star accessories from the brand’s S/S2020 collection: the TB bag, as seen on Kendall; the Pocket bag, shown in various sizes; and the new, quilted Lola bag, which is worn by Bella.

Burberry’s campaign is probably the most star-studded one of S/S 2020 — and that’s saying something, considering that fashion brands have featured everyone from Jennifer Lopez to Mahershala Ali this season. But Tisci’s helm at Burberry is not known for restraint, after all; the brand’s runway shows often feature over a hundred looks, all the better to spell out Tisci’s diverse vision for the brand. Still, this campaign does a pretty good job of it on its own.

Fashion Style Burberry Kendall Jenner Gigi Hadid Bella Hadid
You might also like ...
Style
Bright colours and prints make a splash at New York Fashion Week
Style
Fashion illustrators you need to follow on Instagram right away
Style
These Oscars red carpet looks actually made a statement
Style
Bulgari breaks the rules with the audacious B.zero1 ROCK collection
Lifestyle Asia
Lifestyle Asia
Here's where you can read the latest news and stories from Lifestyle Asia, curated from all of our editions in Hong Kong, Singapore, Kuala Lumpur, Bangkok, India and Paris.
Luxury

Style
Siam Magical Moments
Culture
Our theme for April 2020 is an ode to the arts
Culture
30 things to do to kill quarantine boredom
Food & Drink
Quarantine in style with these fine-dining food deliveries
Living
Our Good Life Guide to Staying In
Culture
10 travel books to teleport your mind somewhere breezier right now
Beauty & Grooming
6 best sleeping masks that will hydrate your skin while you snooze
Culture
The lockdown activity you should be doing, according to your zodiac sign
Beauty & Grooming
Trend to watch: skincare on a stick
Food & Drink
Diary of Deliveries: 7 things we sent each other this week
Sign up for our newsletters to have the latest stories delivered straight to your inbox every week.

An investigation: are the Young Emperors the most stylish couple on Instagram?

Alexander McQueen launches Instachallenges to keep us creative during quarantine

In other surprising collabs, fashion brand Etudes teams up with Wikipedia