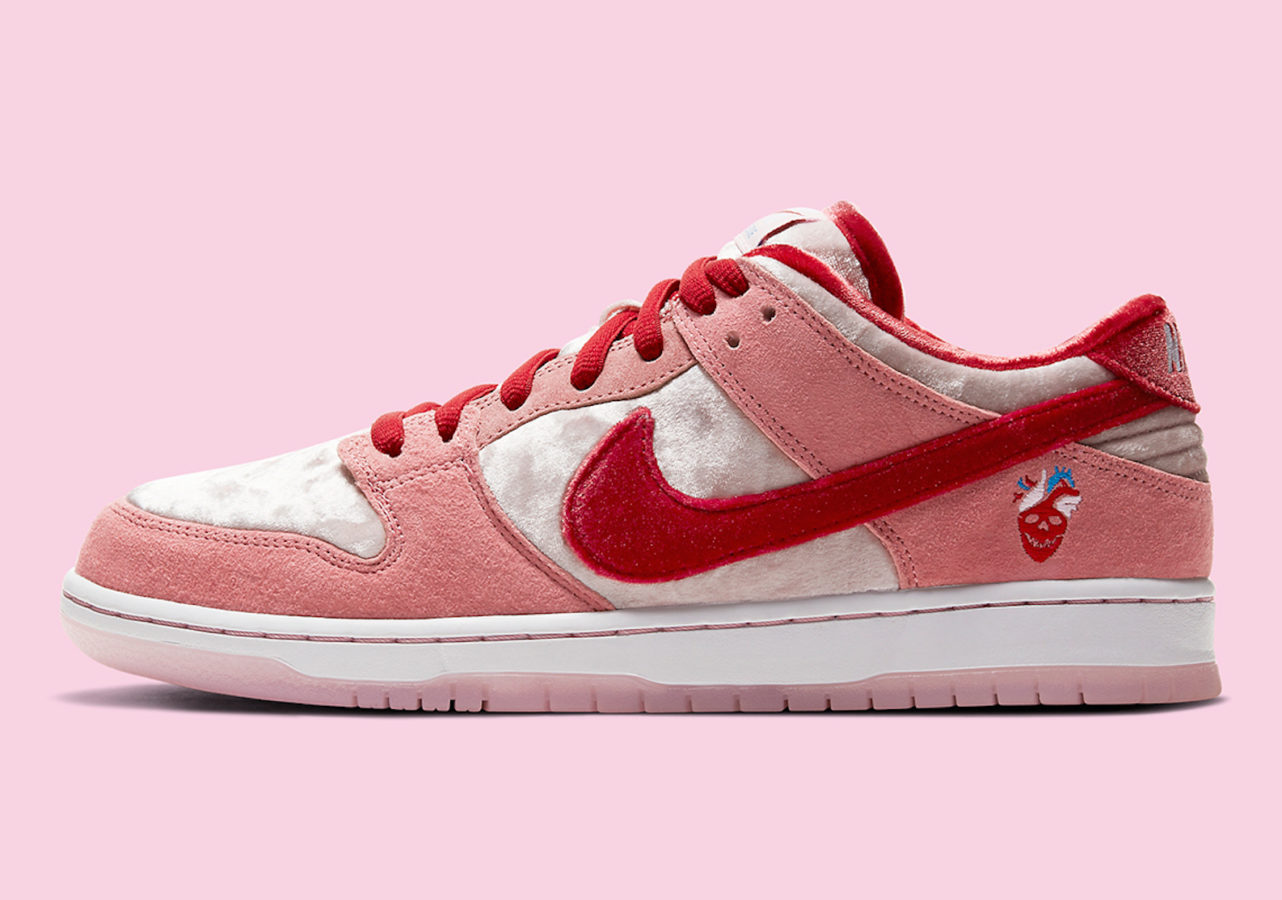 Kicking Off: Six of the best sneaker drops this February

Style
Kicking Off: Six of the best sneaker drops this February
Share this article
Next article

As sneaker culture continues to proliferate, it will come as no surprise that devotees of that universe are always on the lookout for the next great addition to their lineup. In ‘Kicking Off’, we highlight the latest, greatest, most hyped sneaker drops from around the globe. Whether you’re a casual wearer or a downright oldhead (i.e. you clean your Air Maxes with a toothbrush), ‘Kicking Off’ is all about making life a little easier: by being your expertly adjusted antennae for the best sneaker drops every month.

As CNY festivities come a close, it’s easy to fall into the ho-hum lull of regular life. After all, January is, statistically speaking, the most depressing month of the year. To put some spring back in your step, we’ve curated a neat little cross-section of the coolest sneakers released this February. From versatile staples to outrageous hype-bait, welcome back to ‘Kicking Off’.

On the 14th of February, there’s endless ways to show that special someone just how much you care. Thinking outside the box a little, this Valentine’s Day give the gift which literally comes inside a shoe box. Adidas enters the fray with a pack of five styles, featuring the Superstar, Nizza, and iconic Stan Smith models. For those looking to wear their kicks beyond the romantic season (unless you’re all for raised eyebrows), the latter release is ideal. This seasonal iteration of Adidas’s popular tennis shoe remains as minimal as its antecedent, save for an adorable heart motif on the heel, and embossed red detailing on each shoe’s lateral side.

‘Let’s go for a hike this weekend’ is a trope that never gets old amongst Hong Kong’s expat community (whether said activity actually occurs is another issue entirely). In the event that one is successfully summoned into fresh air and rolling hills over the weekend, it doesn’t hurt to be prepared. Boasting GORE-TEX technology, this pair of stompers will keep you warm and dry, no matter the external conditions. An intricate lacing system and Nike’s signature ‘volt yellow’ enhance the visual badassery of these Air Terras — guaranteed to stand out in a sea of generic hiking shoe options. As an added bonus, these will look great in the city when worn with some suitably techno-futuristic streetwear.

Prepare for a stream of compliments upon donning a pair of these under-the-radar low-tops — the latest collaboration between Strangelove Skateboards and Nike’s SB division. These skate-inspired sneakers are made with a combination of plush suede and velvet, envisioned in an equally fluffy assortment of pink, red and cream tones. For extra whimsy, the sole is translucent, with heart-shaped confetti sprinkled on the forefoot and heel. In interviews, Strange Skateboards founder Sean Cliver has variously mentioned his “Nike envy” — growing up unable to afford the great, influential sneakers released by the Swoosh. With an origin story like that, it’s easy to get on board and support the brand.

Scheduled for release on 8 February 2020

Originally released in two lo-fi colourways back in 2018, these sneakers made huge waves when they were initially unveiled. As the founder of Fear of God, Jerry Lorenzo made a name for himself by demonstrating the ability to reinterpret banal shapes and silhouettes (what up, t-shirts!) with new, and interesting volumes. His knack for reinvention even impressed Nike, who ended up letting him craft an entirely new shape for the brand –a controversial achievement, given that most collaborators are only allowed to tweak existing models. Known as the ‘Cream Toe’ amongst enthusiasts, you best believe this b-ball silhouette will not be an easy cop come release day.

Scheduled for release on 10 February 2020

Leaping off the back of successes in both the sneaker and music world, it would appear that Travis Scott can do no wrong. The latest release from Nike and Cactus Jack is shrouded in mystery, though early previews confirm a significant portion of the model’s upper is composed of a paisley bandanna pattern, sitting atop sand-coloured nubuck. The style is topped with plaid material, chunky white rope laces, and alternating pink-black swooshes. Much like Scott’s records, seemingly disparate influences come together to create a certified banger.

It’s probably safe to say that everyone and their grandmother knows about these. Voted by many sneakerheads as shoe of the year for 2019, the rumoured-to-be final iteration of the LD Waffle is its most demure so far. Being offered in two monochromatic shades, Chitose Abe’s latest joint won’t vie for attention — it may even go undetected if not for its signature double stacked sole and two-layer tongue. Updates include the original mesh upper being switched out for a sturdy padded nylon, and ribbon laces. As with before, the upper accommodates two overlapping swooshes, whilst the sole is moulded to resemble the eponymous waffle. (This particular style of sole is actually a subtle nod to the earliest versions of the prototype runner used by the University of Oregon track team.)

A lawyer by training who moonlights as a fashion enthusiast, Alexander is a huge proponent of relaxed tailoring, in-the-cut sneakers and the meticulous tradition of Japanese workwear. A native Hongkonger who went to school in the U.K., he embraces a transatlantic lifestyle (minus the bewildering 1950s accent).