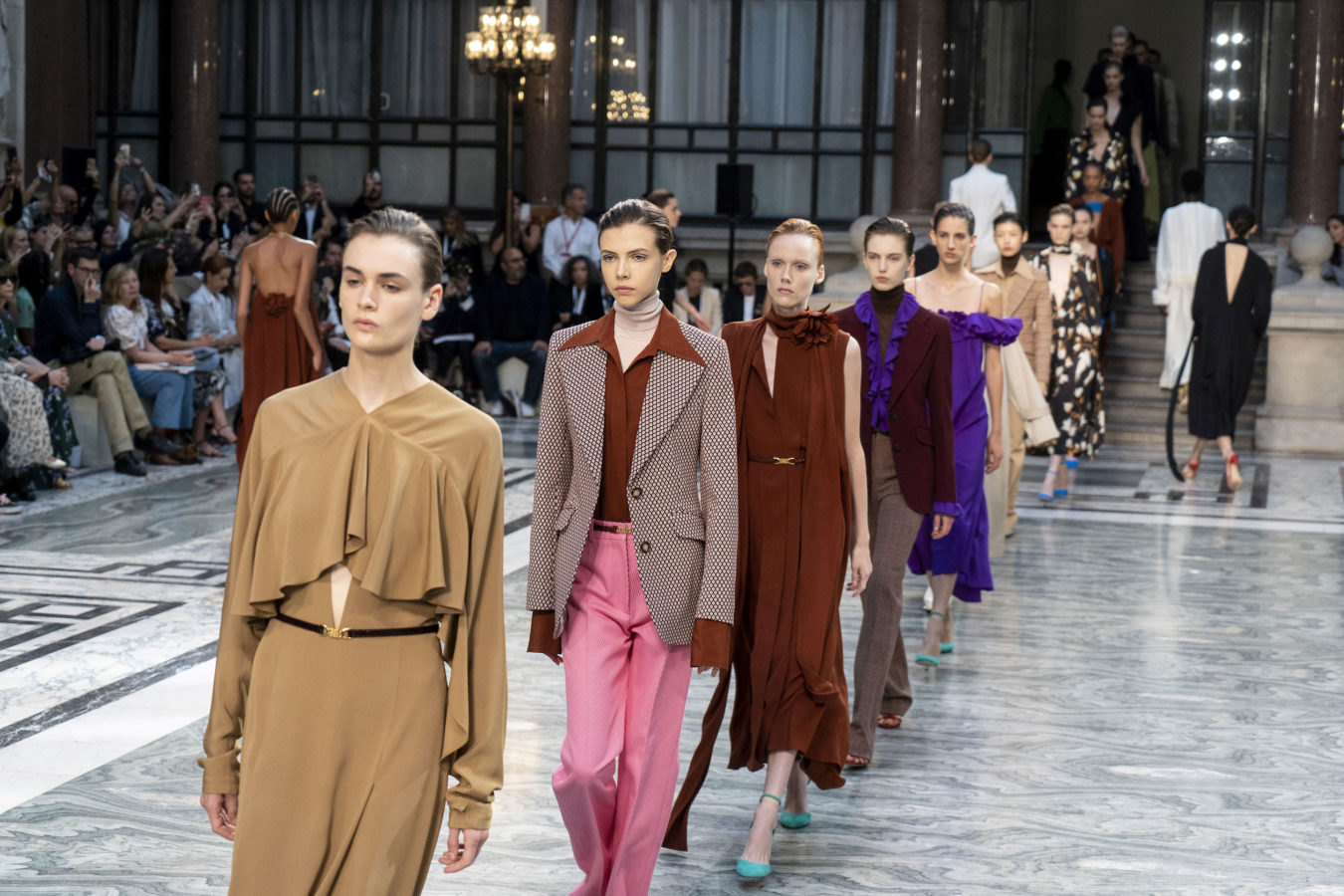 While some are entirely shunning London Fashion Week 2021, others are embracing this new online format.

Despite the absence of global celebrities and fashionistas, designers such as Turkey’s Bora Aksu, Britain’s Molly Goddard and Ireland’s Simone Rocha will stream their collections on the London Fashion Week website.

Most of the 94 designers participating in the show, which concludes on Tuesday, will broadcast video highlights of their collections showcasing menswear, womenswear or mixed fashions in an event that is now gender-neutral.

On Monday, the British brand Burberry — known for its tailored trenchcoats — will present its menswear Autumn/Winter collection for 2021, designed by Italian creative director Riccardo Tisci.

In September, the brand presented its Spring/Summer 2021 collection in a film set in the middle of a forest and broadcast live on Twitch.

The streaming platform has grown in popularity, broadcasting live video gameplay and offering the possibility of live commentary.

More than 40,000 people watched the innovative show, which could be viewed from different perspectives.

The impact of Brexit

Her collection, which mixes the seasons, aims to be “optimistic but realistic”, she explained.

Beckham has been living under coronavirus lockdown in Florida, where her husband, former England football captain David Beckham, is now one of the co-owners of the American professional soccer club Inter Miami.

During the pandemic, the former pop star said “people still want to dress up” but with “a need for comfort”.

Her designs include military details that evoke a “sense of protection — a toughness”, she added.

Her collection also exhibits a lighter, more delicate side with dresses made from Jersey fabric or with prints of flowers and goldfish.

The more joyful designs are in stark contrast to the grim outlook for the fashion industry in Britain, seriously impacted by the pandemic.

The UK suffered more than 118,000 Covid-19 deaths and has been under national lockdown measures since January.

The fashion sector, which employs more than 890,000 people and contributed £35 billion ($48 million, 39 billion euros) to UK GDP in 2019, has also been hit by Brexit and the end of free movement between the EU and the island nation.

In early February, hundreds of fashion figures, — including top former models like Twiggy and Yasmin Le Bon — signed an open letter, coordinated by the industry forum Fashion Roundtable, warning the sector risked being decimated because of Brexit.

TikTok and the fashion industry

To increase the visibility of young talent in the pandemic, the British Fashion Council, which represents the industry, has partnered with the social media giant TikTok.