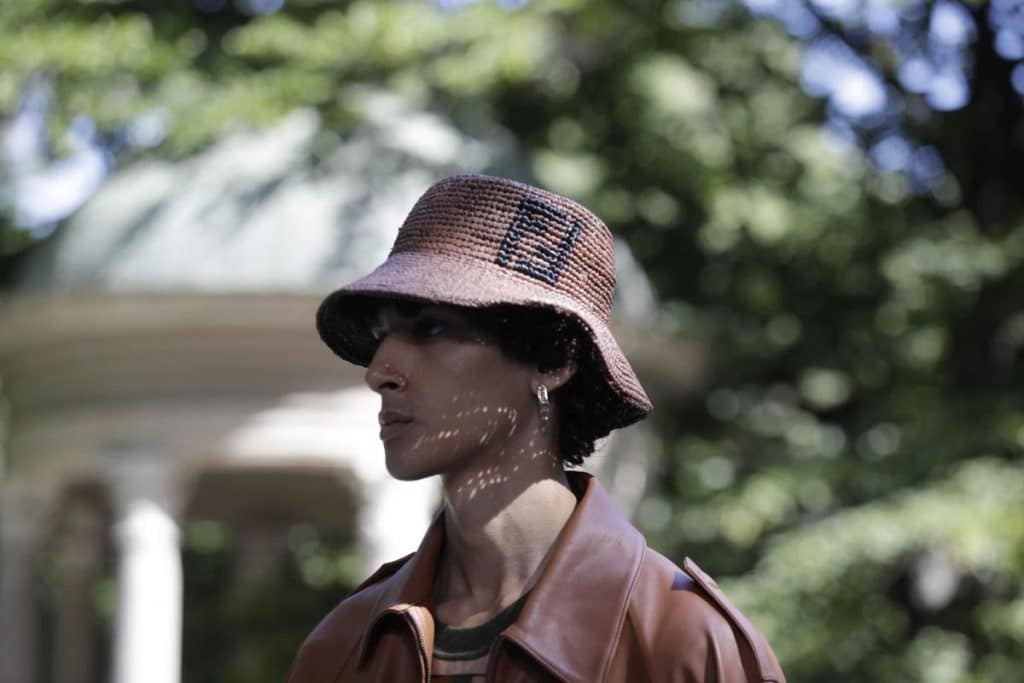 And so, they’re all headed outdoors in Milan. Under the Italian summer sun, several brands went al fresco to present their new collections. The collections themselves were, in more ways than one, odes to nature. From green-thumbed Fendi to ocean-cleaning Marni, we spotted a serious trend of men taking to the Great Outdoors once again – or, at least, looking like it.

But men aren’t just dressing up to visit Mother nature, they’re dressing up to protect her too. As everyone knows, sustainability might just be the hottest word in the fashion industry right now, and it was especially hot this summer in Milan. Stella McCartney’s fashionable environmental protests were accompanied by Marni’s haphazard recycled-chic. Even Ermenegildo Zelda had suits made completely from wool remnants. It seems that this season’s menswear is all about Earth-loving couture. In an age of synthetics, urbanity, and environmental crises, it’s certainly refreshing to see high fashion taking a stand for natural beauty and reconnecting with simpler times.

See some of the key looks from Milan’s outdoorsy menswear Spring/Summer 2020 shows below.

When weekending at her country home outside Rome, Silvia Venturini Fendi likes to garden. Her new menswear collection is clearly a tribute to this most wholesome of pastimes, although the looks – presented outside in the sprawling gardens of Villa Belgiojoso Bonoparte – are far too lovely to consider muddying. We saw olive drab outerwear, utility vests in botanical print and a couple of great short-sleeved overalls. The fabrics used recalled farmhouse favourites: cashmere, denim, wool, cotton, and a few luxurious splashes of leather. For the outdoor-sy feel, the looks featured practical details like big pockets and tool-belt-ish bags. We don’t even have to mention the striking accessories that the models carried down the leafy runway: gardening gloves, watering cans, and picnic baskets. The horticultural collection is all about “holistic harmony and simplicity”, fulfilling our longing to be reconnected with nature in this virtual world.

Under a canopy of plastic bottles and other debris collected from oceans, the audience for Francesco Risso’s Marni menswear show literally took a stand together against rubbish pollution. Marni’s surreal recycling themed show had no chairs, allowing the models and the audience to mingle amongst each other. The looks were classic Marni: eclectic, colourful, and fashionably chaotic. The highlights, however, had to be the statement hats – made completely from recycled material.