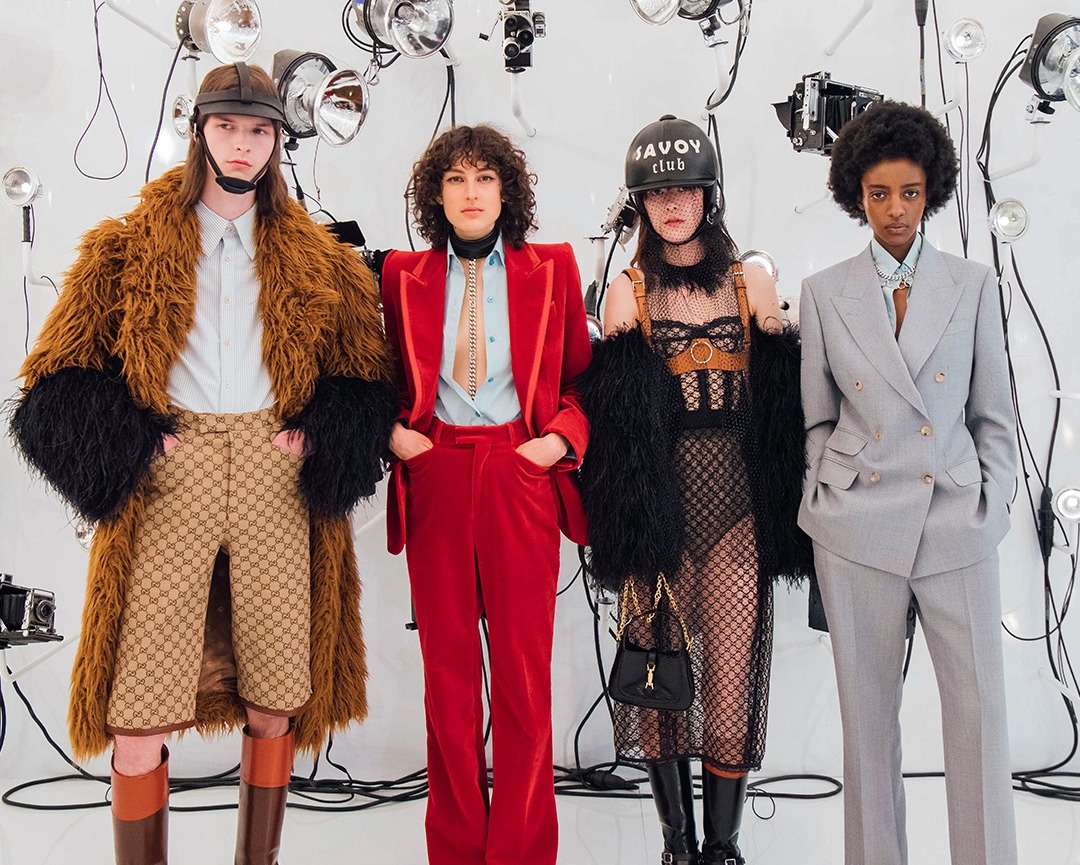 It’s all about power dressing, and about genderless clothing.

Are you familiar with chunky loafers? Well, you should be, because they’re the top trend of the season, borrowed straight from the world of menswear — or, at least, borrowing inspiration from and reinterpreting a menswear classic. And it’s not the first time that women have appropriated items traditionally associated with menswear to make them their own — it’s actually quite commonplace — but the phenomenon has been gaining ground with the boom in gender-neutral collections. Here’s a look at three menswear staples that have become women’s fashion must-haves.

Style
How ties are becoming a fashion must-have (for women)

“Chunky loafers” are big news right now. These platform loafers are proving a major hit among Hollywood’s biggest stars, which inevitably means that women the world over will be stepping out in them in the coming weeks. While the loafer has become a womenswear staple in recent years, this shoe style was once associated with men’s footwear. And loafers aren’t the only traditionally menswear items that women have adopted, appropriated, or totally revisited — sometimes wearing them with more style than their male counterparts.

Blazers may have been initially intended for men, but they have since become been a day-to-day womenswear staple. Suits have also made the move. And not just pantsuits, but the classic, typically masculine three-piece suits that women are now wearing with the utmost elegance. This can partly be put down to the evolution of cuts, as suits have become more fitted over time, with a wider variety of color options and, above all, a multitude of variations that women have been quick to adopt.

While the pandemic momentarily brought joggers and leggings to the fore, brands have looked to the elegance of the suit to bring style and sophistication to their latest collection shows. As a result, the world’s female stars have been dressing up to the nines for this year’s ceremonies — even when held online — sporting their finest three-piece suits, sometimes even with a bow-tie.

Are there any women left in the world who don’t own a pair of boyfriend jeans? Since the trend has been around for about a decade, it’s hard to imagine anyone passing up the pleasure — or the comfort — of slipping into boyfriend (or boyfit) jeans. As the name suggests, these are very much like jeans you might borrow from your boyfriend, or any other male acquaintance. Worn low at the waist, they are optimally baggy with a slightly tapered leg. They can also be rolled up to get this effect.

Boyfriend jeans have been so wholeheartedly appropriated, the menswear-inspired clothing item has progressively made its way into women’s collections by many ready-to-wear brands. Today, they come in a host of variations. Boyfriend jeans proved particularly popular during the covid-19 lockdowns and restrictions of spring 2020. More stylish than pajamas, they still ensured optimal comfort — essentially offering the perfect combination for these difficult times.

Like suits, neck ties — a men’s accessory par excellence — have made a spectacular move into women’s fashion. The phenomenon has been gaining momentum since the beginning of the year, with women taking to ties as men gave them up. Indeed, with the covid-19 pandemic and working from home, many men have ditched their suits and ties in favor of more casual attire. Women, meanwhile, seem to have been moving in the opposite direction, wearing ties sometimes with a casual, gungy look — like baggy pants and shirt combo, an oversized tunic, or even shorts — or, on the other hand, with a three-piece suit for a sleek, androgynous look.