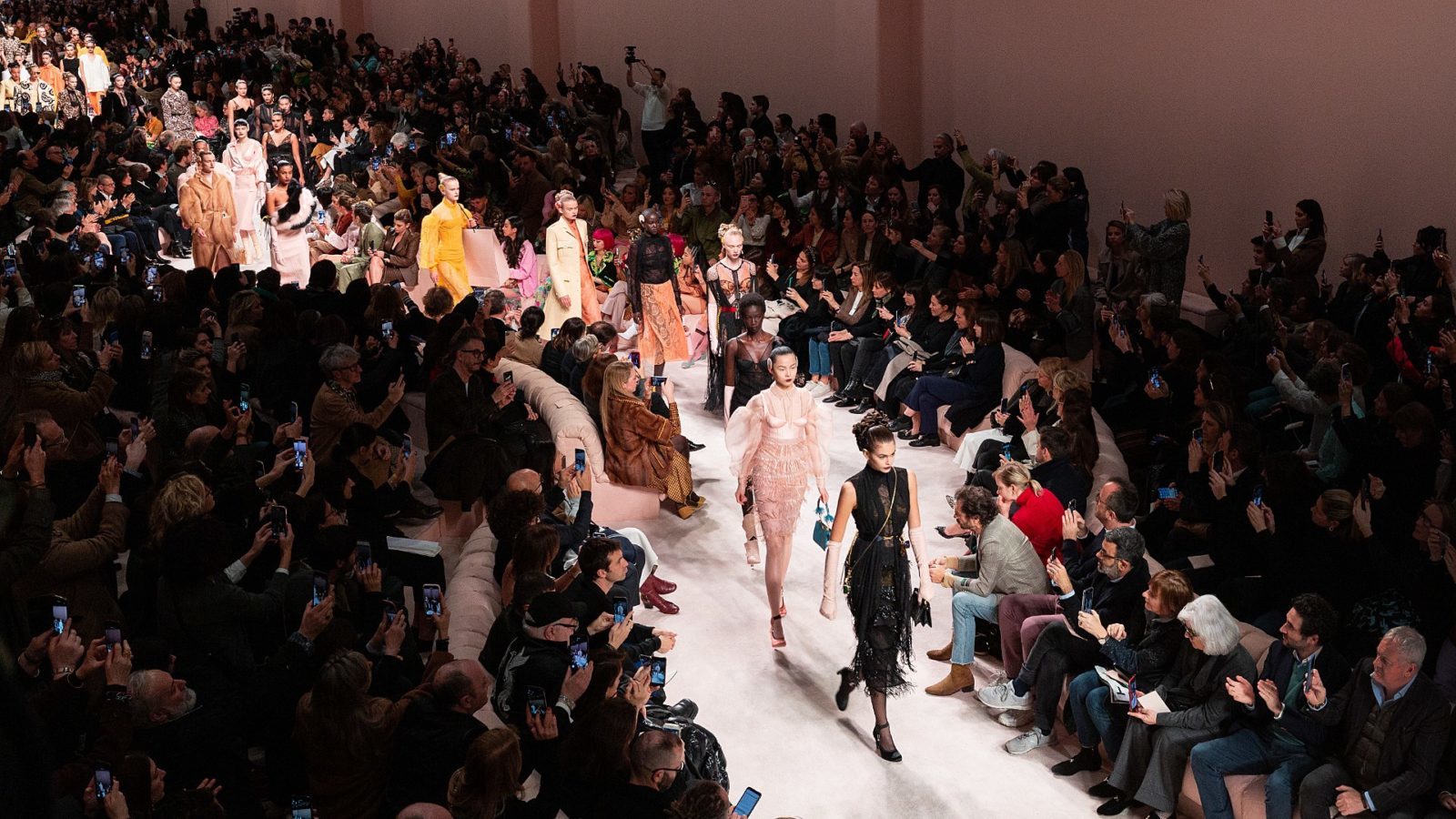 Milan Fashion Week for the Spring/Summer 2021 season will continue to run — but will do so with a ‘phygital’ showcase.

Whether it’s audience-free versions like Dior’s, or with a traditional live audience such as by Jacquemus and Louis Vuitton, a number of brands have been returning to host brick-and-mortar fashion shows. In this light, The Camera Nazionale della Moda Italiana (CNMI or, in English, The National Chamber for Italian Fashion) has also released a provisional calendar for September’s Milan Fashion Week featuring both digital and physical shows.

“The September edition of Milan Fashion Week will be a ‘phy-gital’ showcase … with the goal to allow each company and designer to present in the most suitable format, in sync with their narrative,” said Carlo Capasa, CNMI president, in an interview with WWD.

Scheduled to run from 22 to 28 September, the upcoming Milan Fashion Week, which includes both women’s and men’s collections, will bring together 28 physical and 24 digital shows. On the evening of 22 September, Italian department store Rinascente will team up with CNMI for an event, while 27 September will be dedicated to ‘Milano Moda Graduate’ to highlight collections by local fashion graduates.

“Getting back to business starting from young talents and valuing our incredible and one-of-a-kind pipeline, through our brands’ shows, events and presentations give us hope to look to the future,” added Capasa.

Meanwhile, Fendi will be the first major house to open the official seven-day schedule. The house has previously revealed plans to show its first co-ed show at its Roman headquarters, but shall now be joining Milan Fashion Week instead in support to the Italian fashion industry in its reboot. Slated to kick off on 23 September, Fendi’s real-life runway show will be followed by those of Blumarine, Alberta Ferretti and No.21.

Other brands expecting to stage their shows IRL include Prada, Versace, Giorgio Armani, Marni and more, among which Prada will undoubtedly be getting all the attention for showing its first collection with Miuccia Prada and Raf Simons as co-creative directors. Missoni, Dsquared2, GCDS, Luisa Beccaria and Marco de Vincenzo, on the other hand, shall be joining others in releasing digital initiatives.

As announced earlier in the year, you’ll not be seeing Gucci at all this September, as the house is opting for their own fashion calendar moving forward, showing only two instead of five shows a year. Even so, names such as Bottega Veneta, Jil Sander, and Moschino are still currently missing, so let’s wait and see if they’ll be joining the MFW calendar at all in the coming weeks.

SS21 milan fashion week ss21 MFWSS21
Lifestyle Asia
Here's where you can read the latest news and stories from Lifestyle Asia, curated from all of our editions in Hong Kong, Singapore, Kuala Lumpur, Bangkok, India and Paris.
Luxury