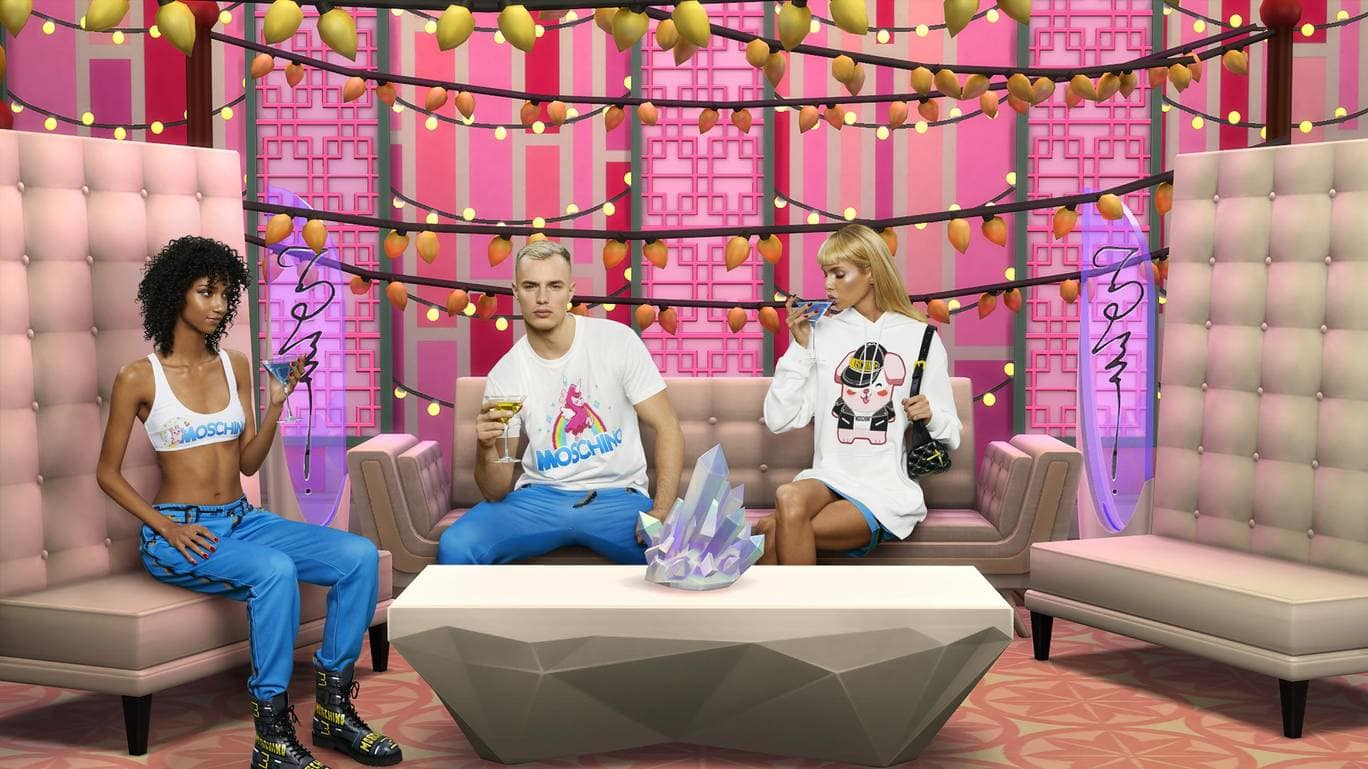 There aren’t many occasions in which fashionistas and gamers get excited about the same thing. But earlier this month when Italian label Moschino teamed up with EA simulation game The Sims, the unusual collaboration seems a fitting statement for this generation’s culture.

As a tribute to the video game’s 20th birthday, Moschino’s new ‘The Sims’ capsule collection features clothes and accessories that look like they’ve been downloaded in a simulation. That is, they look exactly as they would if they were worn by the avatars in the game — pixellated and all. There’s a red dress [pictured above] that looks like its layered with a string of pearls and a black cross-body bag, but these accessories are merely printed onto the dress. Most impressive are the leather pieces that are low-res illusions, creating a striking contrast to the “realness” of the wearer.

Jeremy Scott, Moschino’s designer, has of course also used the iconic ‘Plumbob’ (the green diamond that floats above the video game characters’ heads) as a motif across his new capsule.

The collection has been released both in Moschino stores and in the virtual world of The Sims. As life imitates CGI art, gamers can now wear the exact same jacket as their avatar in the life-simulation video game.

However strange the combination of high fashion and video games might be, it’s not the first time the two have met. Back in 2012, a 12-page fashion spread for Prada involved characters from Final Fantasy, another hit virtual reality game. Last year, Hermès released a mobile game in China in which each new level was branded with a new Hermès design. In these digitally-focused attempts to reach out to millennials, we’re seeing the huge efforts luxury fashion brands are putting in to stay relevant to an emerging online-native consumer base.

It’s also natural that The Sims should be the chosen game for such a collaboration. There’s a key creative element to this life-simulation game, as players can design everything from houses to clothes. Fans of The Sims are likely also to be fans of fashion; now the game is offering young people a way to get involved with designer fashion without having to afford it.

It’s also a strategy that works well in an age where the boundaries between reality and virtual reality are becoming less clear. Deli — or ‘Deligracy’ to her fans — is an Australian YouTuber and Sims 4 player. Her 868k subscribers tune in to watch her play The Sims on the video sharing platform. Being able to dress her characters in high fashion from true life adds an interesting level of reality and inclusivity to her gameplay, making it seem even less like a video game and more like a reality TV show.

What could also be appealing to the modern digital generation is the sense of escapism in Moschino’s The Sims’ collection. For the gamer, virtual reality entertainment platforms are a way to inhabit another world, to be another person. In deliberately making the clothes look unreal and computerised, the brand is offering us the same kind of escape from real life. Instead, we can “become our own perfect avatar”.

With this new capsule collection, Moschino is doing what they’ve always done best: making provocative visuals out of fashion. The brand is appealing to our daily habits and emotions, tapping into new-gen pop culture, the nostalgia for those who played The Sims growing up, and the modern tendency to digitise oneself. It’s unashamed pandering to millennials and social media dwellers. It’s digital entertainment we can wear.

Whether we’re rushing to “upload” this capsule collection to our wardrobes (both real and virtual) or laughing at its outrageousness, we can probably all agree that this latest Moschino collection is pretty definitive of our generation. 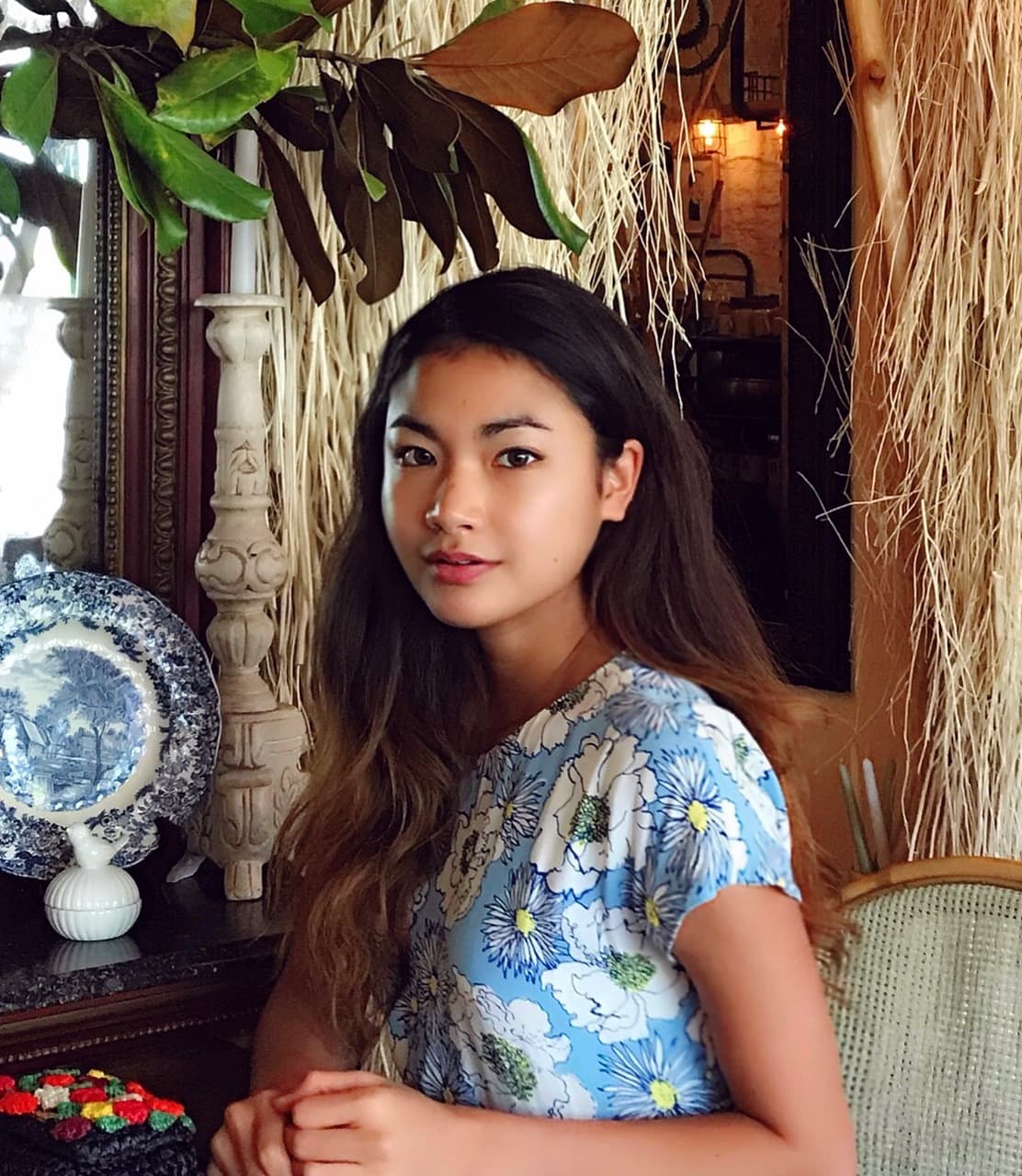