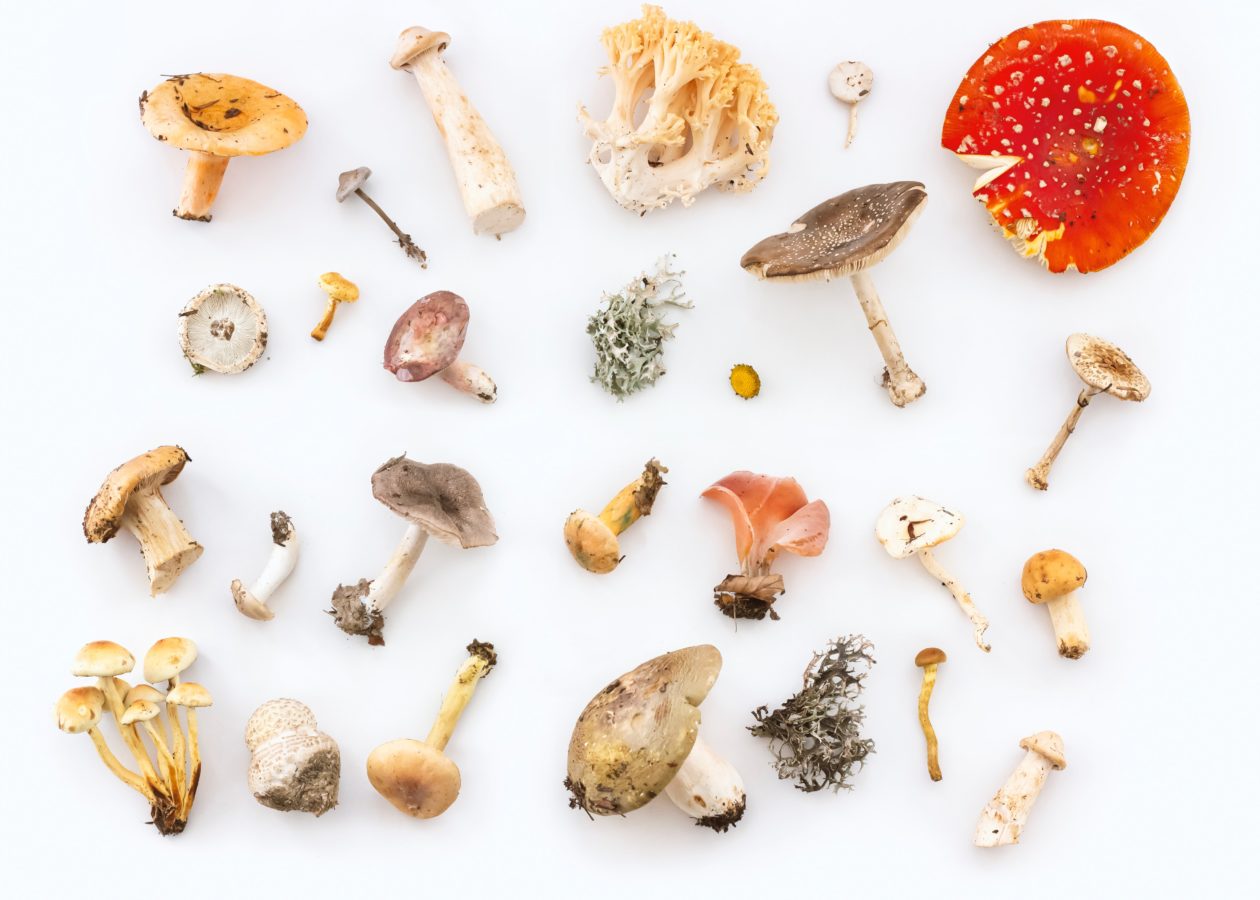 Not leaving much room for other vegan leathers to shine right now, the mushroom is the star in the world of ethical leathers right now.

After having massively turned their back on animal fur, many brands are progressively abandoning leather in favor of ethical, sustainable and vegan alternatives. Mushroom fibers seem to be the revolutionary material, as the matter is both respectful of the environment and of animal welfare.

Your future ‘it bag’ or your new sneakers could be made from mushrooms. The idea might have seemed far-fetched not long ago, but mushroom fibers should soon be popping up everywhere in the ready-to-wear and accessories sections of your favorite stores. And contrary to what you might think, the concept is not new; scientists and companies have been working on the subject for several years.

First things first: why give up leather?

If animal fur has most often been pointed out for the cruelty it induces towards animals, animal leather has also been much talked about. Ethical reasons are pushing consumers to ask for new alternatives, and brands to respond to these new expectations.

“While most people wouldn’t dream of wearing real fur, leather also comes from animals who were cruelly killed for their skins….More than 1 billion animals are killed worldwide for the leather trade every single year, from cows and calves to horses, lambs, goats and pigs — and even dogs and cats. When you wear leather, there’s no easy way to know for sure whose skin you’re in,” explains PETA UK on its website.

The good news is that in addition to addressing this issue, the alternatives that have come to the fore in recent months are also proving to be more sustainable. This is the case with mushroom “leather.”

Why you should try it

While pineapple leaves and apple fibers were quickly identified as perfect candidates to replace animal leather, the mushroom, initially less known, is gradually emerging as a key material of the future for its environmental and aesthetic qualities as well as for its low cost. This was already highlighted by a team of researchers from the University of Vienna, Imperial College London, and RMIT University in Australia, in September 2020, highlighting the fact that materials from mushrooms were carbon neutral and biodegradable at the end of their life.

“…[T]he growing number of companies that are producing fungi-biomass-based leather alternatives suggests that this new material will play a considerable role in the future of ethically and environmentally responsible fabrics,” the scientists predicted.

As announced last November, the start-up Bolt Threads Inc. is behind Mylo, a revolutionary material made from mycelium, the vegetative part of a mushroom formed from filaments, which everyone has been talking about since the beginning of the year and which is presented as “infinitely renewable.” By fall 2020, fashion giants like adidas, Stella McCartney and Kering had set their sights on this technology in order to be able to offer more ethical and sustainable collections.

Stella McCartney, who has always defended and supported animal and environmental causes, recently presented the first clothes, a top and a pair of pants, designed from Mylo, while luxury house Hermès has announced the upcoming launch of a bag made from mushroom fibers, a material developed this time with the start-up MycoWorks. Two successive announcements that tend to confirm that the mushroom is indeed popping up to take a place of choice in the fashion industry.

Fashion Style Vegan Leather Sustainability Vegan Leather
You might also like ...
Style
IWC unveils vegan leather watch straps made from paper
Style
7 Asian vegan fashion brands you should follow on Instagram
Beauty & Grooming
How to bring more vegan products into the bathroom
Style
More and more sneaker brands are going vegan and we kind of love it
Staff Writer
Sustainability