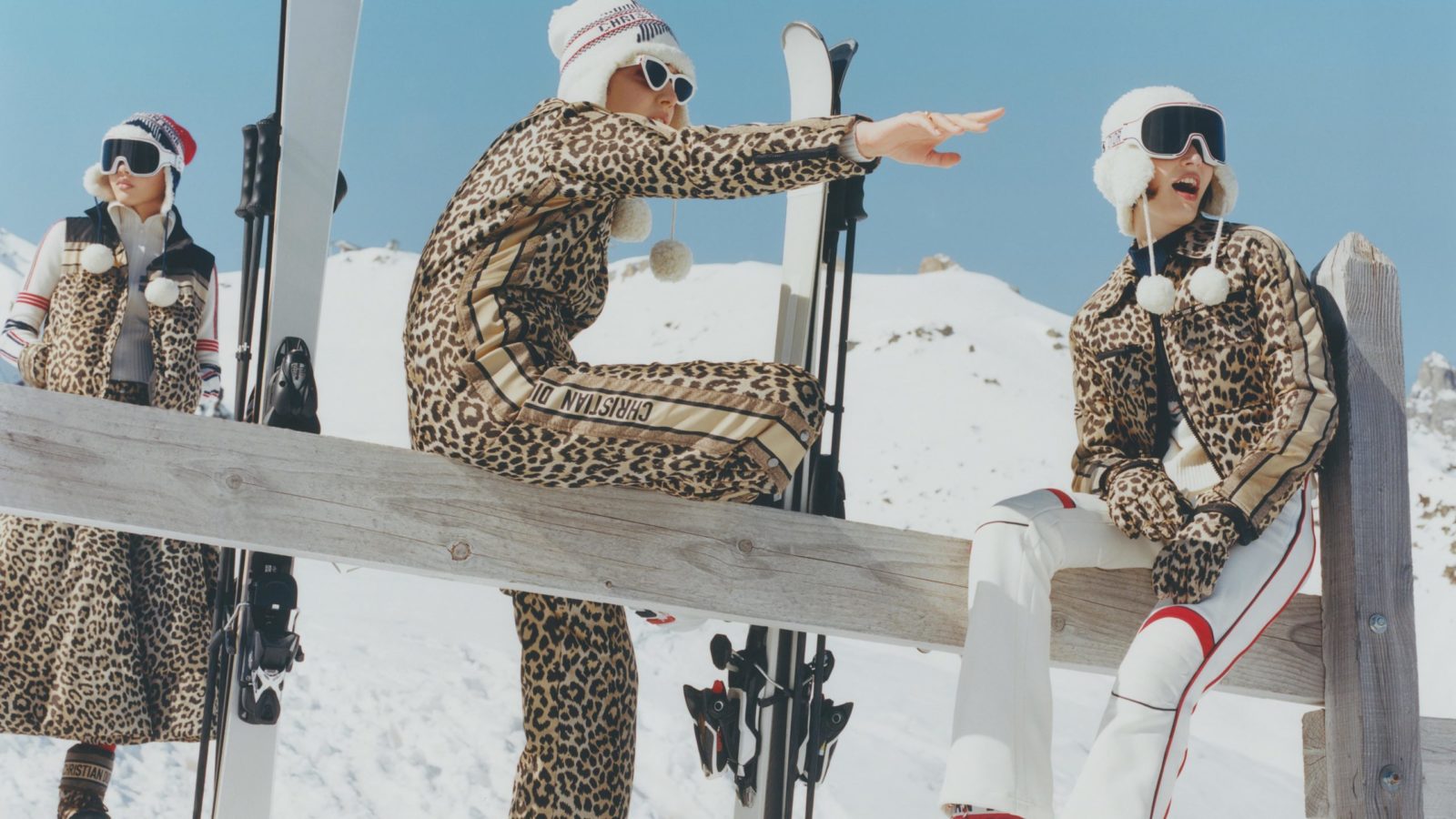 Imagine walking in a Winter Wonderland, donned head-to-toe in Dior. Such is the magic of the recently-unveiled DiorAlps Ski Wear Capsule collection.

If you’ve ever stood in front of your wardrobe on the cusp of a season change and, while sifting through the curated selection of heavy knits and butter-smooth suede, thought to yourself, “What I’m really missing are pieces dedicated to snow-capped vistas”, you’ve come to the right place.

Introducing: DiorAlps — or as creative director Maria Grazia Chiuri describes it, a collection that celebrates “elegance in motion.”

It’s a collection made for all types of movement: skiing down off-piste slopes to carving angels in the snow; running, jumping, tumbling into sky-high powdery piles. Sipping cocoa in wooden chalets après ski. Sitting pretty on cable-line chair lifts. Hitting gnarly somersaults in mid-air. This is Dior caught in adventure mode; made for the ones who excite at the notion of a little rough-and-tumble in the snow –– but with the distinct Maria Grazia Chuiri femininity that she instills in each of her collections. Refined riffs on all your ski-wear staples.

Red, white and blue shades are strung through the pieces via colour-blocked stripes and Fair Isle-esque intarsia; don’t sleep on the exclusive ski goggles. And closer inspection will reveal some notable enduring House codes. The signature DiorStar, from the gold-tone metal charm originally strung from the handles of a Dior shopping bag, now emblazoned across sweatshirts, gilets, pom-pom woolly hats and knitted socks. Mesmerising rows of the navy DiorOblique awash upon technical pieces –– jackets, snowsuits and a chunky nylon snow boot made for treading in compact snow. And then, the emblematic Mizza leopard print, which first appeared in an early Christian Dior collection in 1950s as a sumptuous coat, designed in celebration of the couturier’s muse Mizza Bicard, and revived by Maria Grazia Chuiri for Fall 2021, and now, this love letter of a collection to “escape and the magic of the mountains.”

Slim chance catching a quick flight to neighbouring Niseko for a weekend of chasing the alpine sun, but it’s always nice to dream. Especially when it’s a dream featuring Dior.

Fashion Style Dior Maria Grazia Chirui DiorAlps
You might also like ...
Style
8 designer water bottles we’re thirsty for, from Balenciaga to Dior
Style
Dior launches a Micro Bag collection, and K-Pop stars already love it
Travel
15 new hotel openings to mentally teleport yourself away from here
Style
Rihanna is the new face of Rimowa and stars in the ‘Never Still’ campaign
Lorria Sahmet
Editor
After two years of covering luxury retail, Lorria is thrilled to be writing in fashion, food and lifestyle here at Lifestyle Asia. When not roaming around garden centres hauling back new plants for her indoor jungle, find her hunting down the best fries in the city. She's happiest by the ocean with a fishbowl glass of ice-cold Aperol spritz.
Style Jewellery Wellness Food