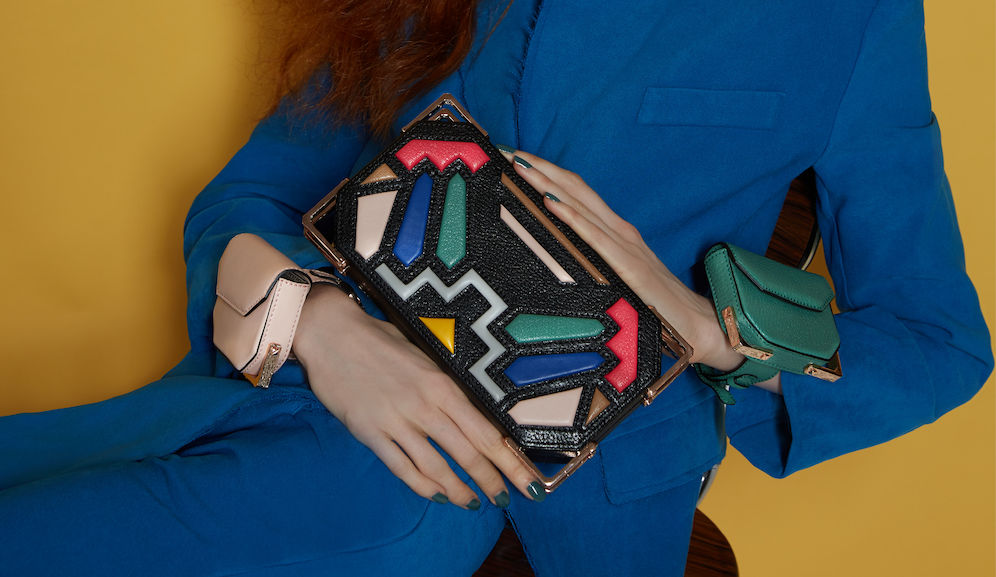 Nasha Mekraksavanich, the first winner of Vogue Who’s on Next, is now a lauded designer whose iconic accessories are sold across the globe. Her latest spring and summer collection titled “Poolside” is full of statement pieces, begging to be stroked. Just as vivacious as Nasha herself, each of her clutches and handbags exudes an eccentric mélange of elegance and edge. We have been privileged to have had the opportunity to interview Nasha at her Laboratoire in Bangkok. Check out the interview below to learn more about her source of inspirations and what’s new on the horizon. 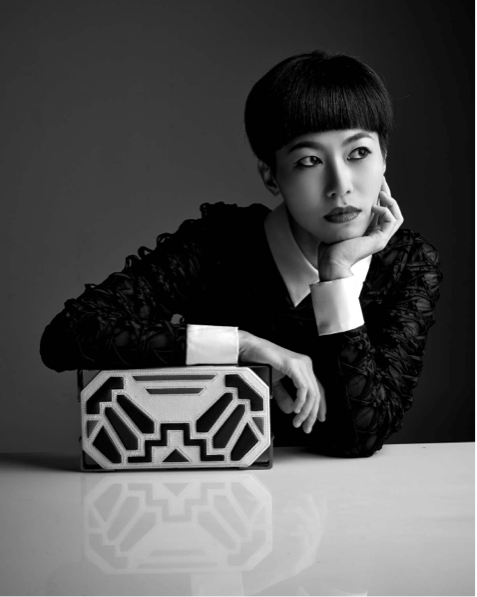 You mentioned that your new collection draws inspiration from the British painter David Hockney. And the influential artist once said in an interview: “I never felt pressure; no, I always did what I wanted to do.” How has his attitude and work influenced you?

When I saw Hockney’s artworks, I thought to myself, they are not just paintings. And “Poolside” is inspired by his philosophy and his visuals. Some of my bags are made with Python exotic skin and matte silver paint. Handpainted and splashed with colour, the bags represent a mixture of feelings [that are portrayed] in Hockney’s paintings. 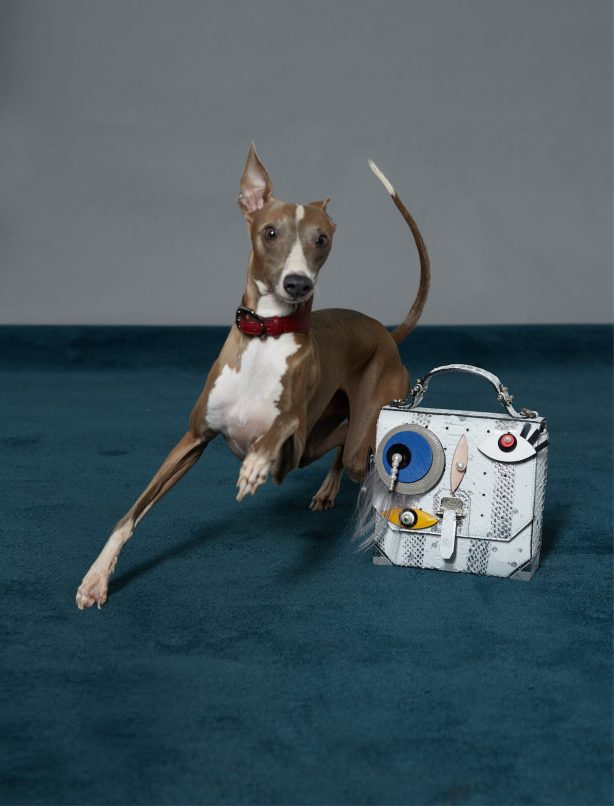 How would you describe your new collection?

Fun, summer-ish and breezy. Like when you are having a drink by the pool, it gives a relaxing feel. I also added my own elements such as the eyes, as if they are peeping at people from the pool. It’s lively.

How do you source your materials?

I travel. Some of the materials are from France, Italy and South Africa; for instance, the springbok. Python is sourced locally because we’re not allowed to import it into Thailand. When it comes to design, I’m not very methodical. I often think to myself, “I want to add this and I want to add that. The material on this pillow case is kind of cool. I find out it’s springbok. And then I go and look for it!” 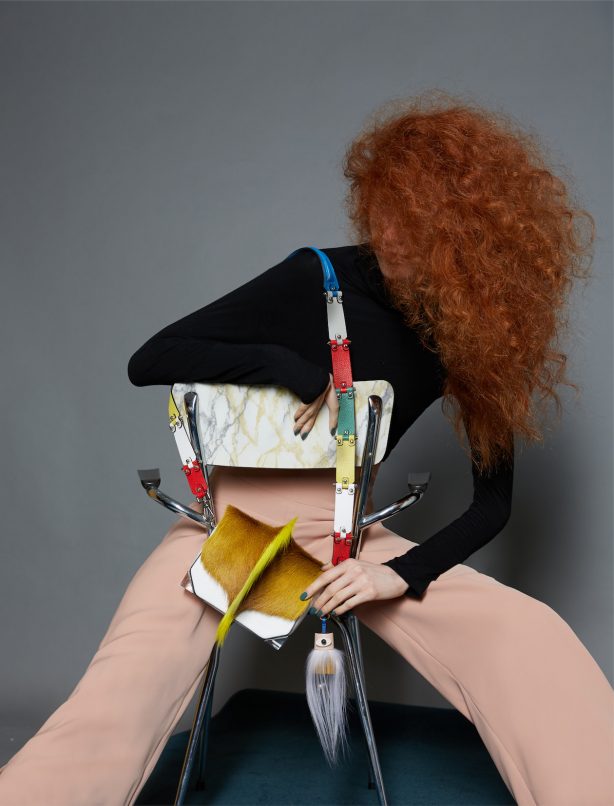 The bags speak for themselves. They seem so alive, don’t they?

They do speak weird things! They’re conversation pieces. When you wear it, people often ask, “what is that?” And some of them actually look like animals.

In the beginning of your career, you switched from interior design to fashion, swapped from shoes to bags, and moved from Italy to Bangkok. You’ve made bold choices but managed to stay true to yourself. Are those qualities still a part of the work you’re doing?

I’m very honest with what I want and what I don’t want. Sometimes, I see people deciding between three things and they say “they’re all nice”. But it’s not true. When you are comparing things, at first glance, you should know which one you like and really want. But then sometimes, we think too much and we suffer from fear of choosing.

How do you view yourself as a Thai designer?

I don’t really consider myself as Thai or a citizen of the world. Once you put a box around yourself, then you can’t go anywhere. Because when you’re stuck in this box, it’s self-limiting. 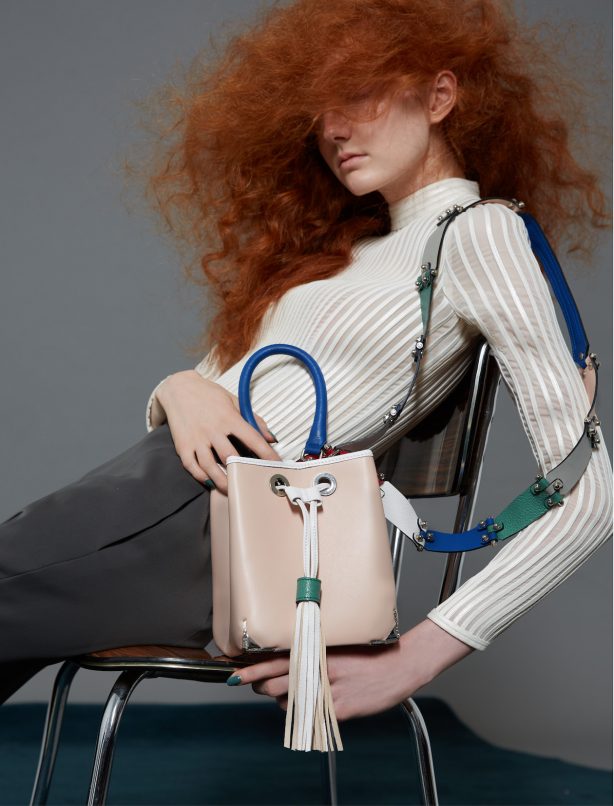 Do you have any advice for emerging designers?

You have to keep on doing the thing that you really believe in. The thing that is most dangerous and difficult to get rid of is fear.

What are your future plans?

My long-term goal is expanding production and variety of pieces that I’m doing. The expansion will focus on acquiring quality materials, visual designs, and all the things that we promise to deliver. However, the essence will still remain the same. Everything about design interests me. And furniture is something I really like and I’ve been dreaming of doing as well.