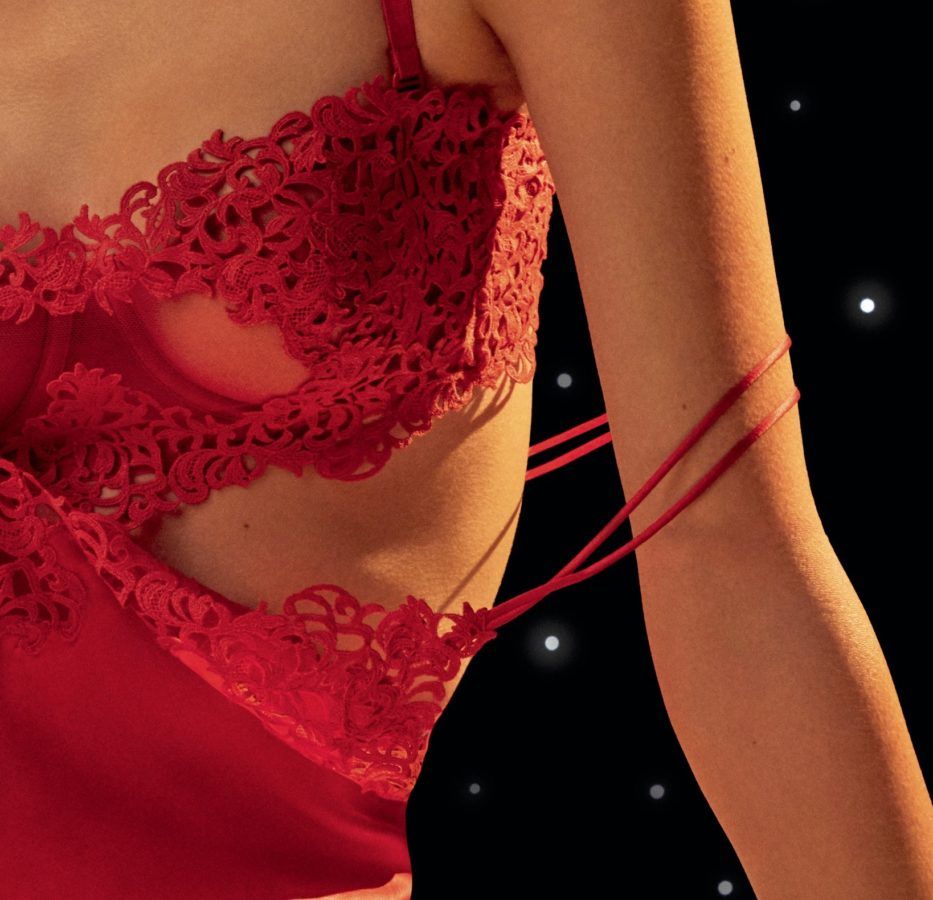 There’s no better time than the new year to get yourself new red underwear. Just saying.

The legend of the red underwear goes as follows: there’s none, really. No outré scarlet-lettered scandal; no lovelorn lore that lives on. It’s just a convenient place to have the colour red close to your body. It’s the colour that’s crucial here, not the article of clothing. You can exchange red underwear for a red bracelet; red accessory. A belt! A hat! A little pin you keep tethered to a camisole! Anything you wouldn’t mind wearing every day, especially if the upcoming year is your benming nian (本命年). Tigers, listen up.

The ensuing popularity of the undergarment wielded as a vermillion vehicle lands as it typically does: on no-frills practicality. It’s simply an inconspicuous spot ripe for “outfit-repeating”, lest “outfit” be a clean pair of underwear, of course.

There is, however, one small, superstitious stipulation. The underwear in question — be it thong, bikini brief, boy-shorts, boxer trunks or something much more scandalous — must be bought, then gifted by someone else. No purchasing red underwear for yourself, please, unless you’re willing to settle for second-rate luck. Why risk it! If anything, it’d make for a fun Valentine’s Day gift, too.

11 ways to get lucky in red underwear 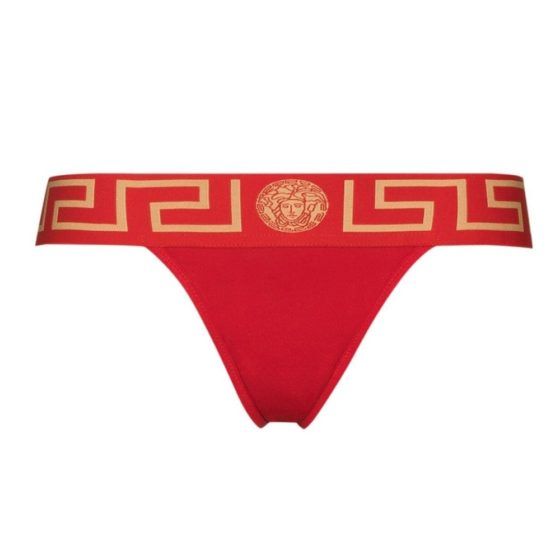 This Versace thong is not specifically Chinese New Year-themed — but it might as well be. Drawn in at the waistband with the brand’s ornate, signature Greca-style border that ends with a Medusa medallion, this pair is a festive tribute; one that might not promise luck, but wearing it will sure feel lucky. It’s Versace! 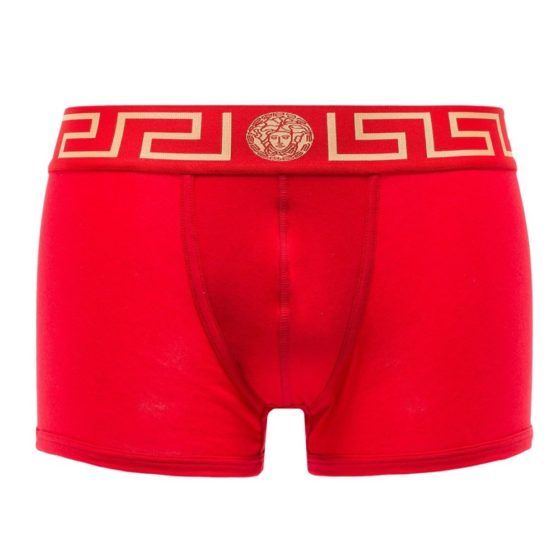 Don’t worry, boys — Versace for you, too! The same signature Greca-and-Medusa combo rounds the waist of these boxer briefs, in the same festive red colourway. Matching his-and-hers underwear! Make it a thing. 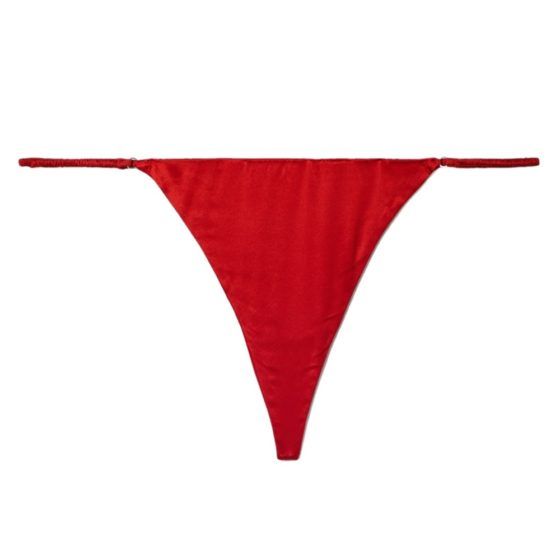 There’s nothing more in-your-face sexy than red silk satin, right? Right. This Fleur du Mal pair is barely-there, with its skinny string sides and very flattering high-cut silhouette. It’ll wear well past Chinese New Year into Valentine’s Day — and into Christmas, too. Whichever holiday comes up, the hot will hold. 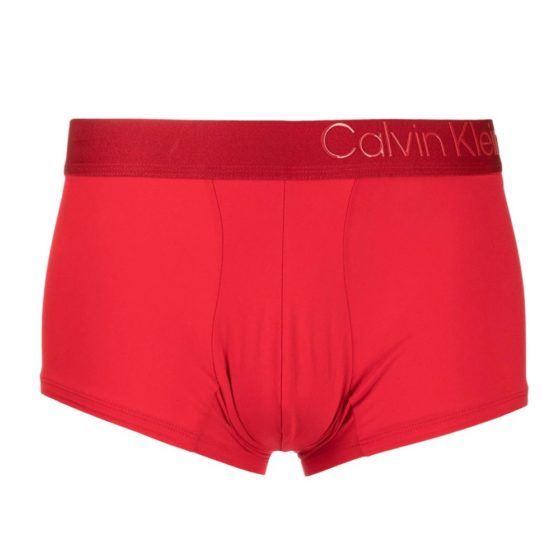 There’s nothing Calvin Klein loves more than a waist-level shout-out. These boxer trunks are no different; still bright red, still logo-branded, now Chinese New Year appropriate. Wear them with the lowest-rise jeans you can find for a classic CK #MyCalvins moment. 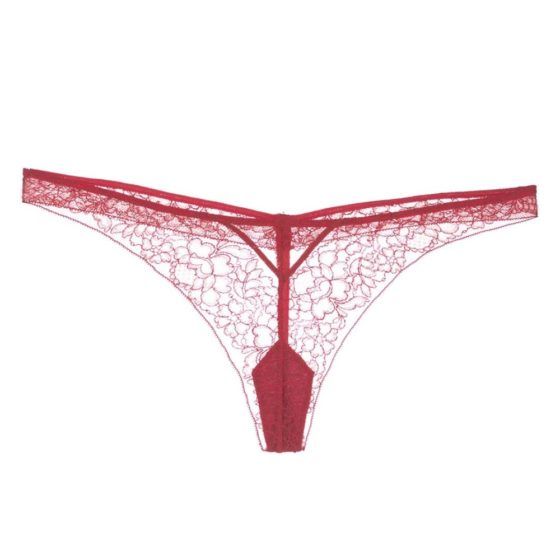 There’s not much to this Kiki de Montparnasse thong. No, really — it’s barely there. The gossamer whisper of lace that holds up the pretence of this very pretty underthing is incredibly sheer. Though, still red, so it still counts. 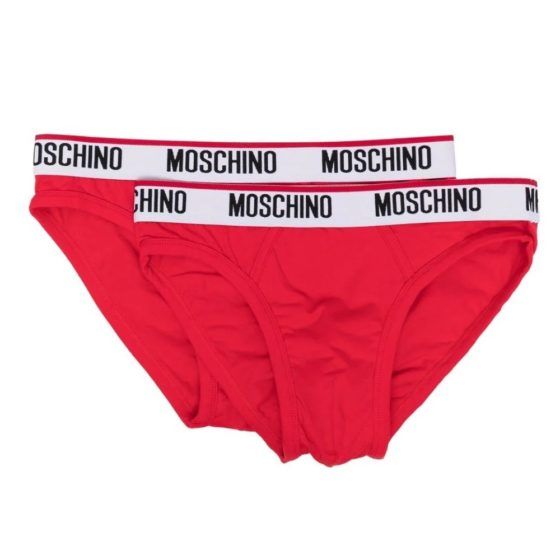 This Moschino two-pack — that bears the logo in black-and-white on the waistband — is two for the price of, well, two, but it comes together so you can pretend it’s for the price of one. Sometimes, you have to make your own luck. Manifest! 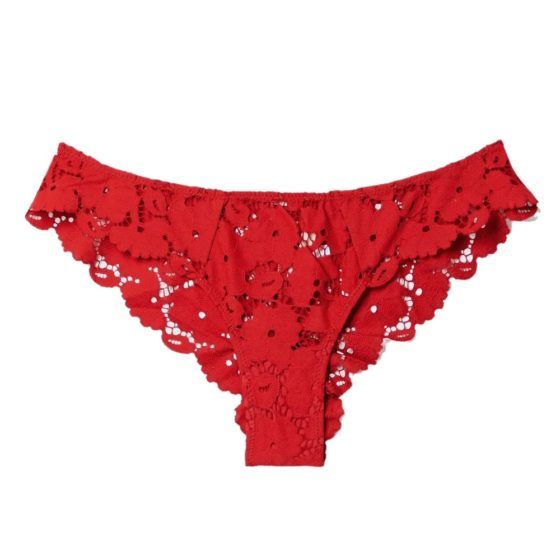 Plucked from Eberjey’s ‘Naya’ range, these lace briefs look almost like they’re pieced together from loose flower petals — or a Fruit Roll-up, unfurled and chewed through. Either way, yum. 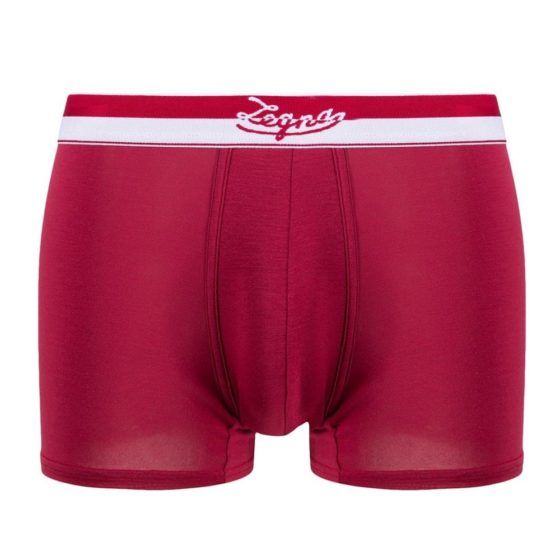 Maroon red is still red, sir. Ermenegildo Zegna’s boxer shorts are merely lounging in the spectrum between red and purple, but if the hue fits, acquit. These are also made in Italy, if you need any more reason to click purchase. 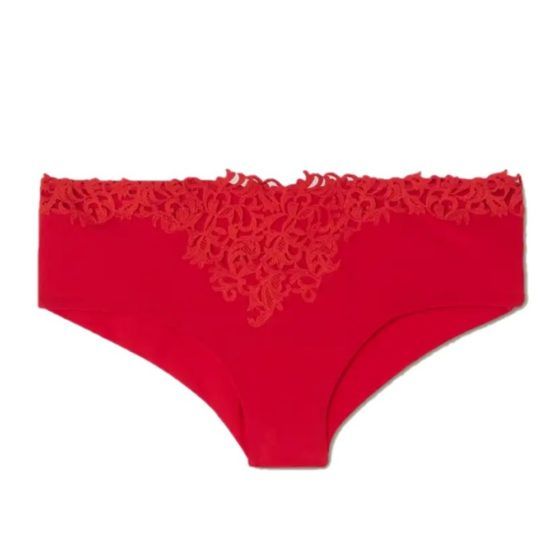 The peek-a-boo macramè lace framing the front of these briefs is created using La Perla’s signature frastaglio technique, which is a type of age-old Florentine craft that uses a hand-embroidery process that attaches yarn on tulle. This pair’s “Fire Red” jersey material is perfect for the occasion. 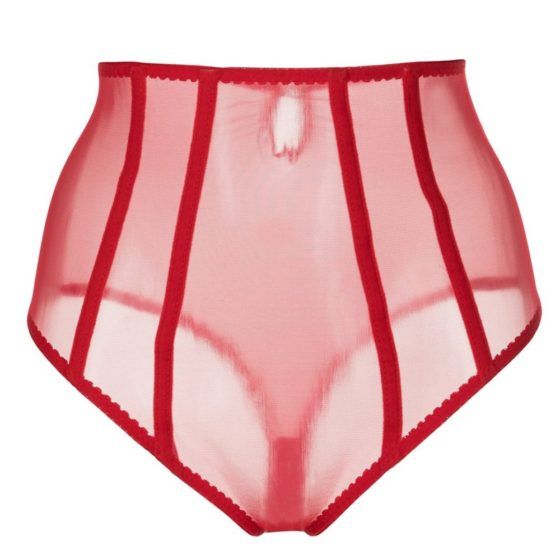 There must be good reason to use the term “red-hot” in any running list of red underwear, unless you operate on superhuman levels of cringe aversion — or you simply don’t care. These PETRA briefs, though, I’ll allow. They are red — and hot. They flatter with a high waist and tantalise with a keyhole back and, really, go all out with corsetry boning lined along the front. And if you should see them in person, count yourself lucky. 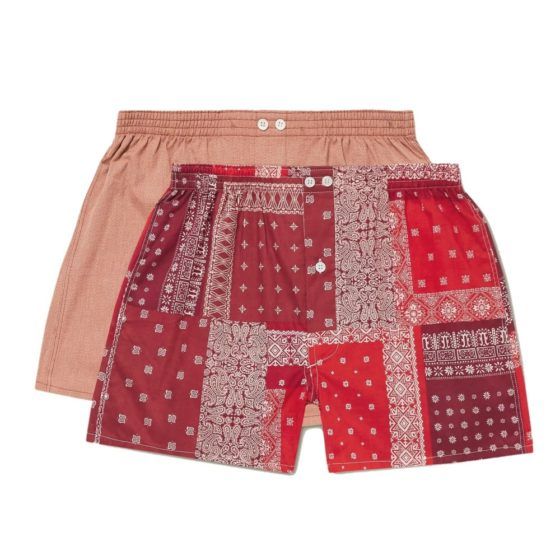 Unfortunately, only one pair out of this two-pack of Anonymous Ism’s boxer shorts — the one cast in paisley that looks like it could also be a bandana — work as Lucky Red underwear. Luckily for you, there are at least six other boxer styles on this list to choose from to complete your cardinal rotation. Scroll back up!

Balenciaga is selling distressed sneakers for up to THB 64,000