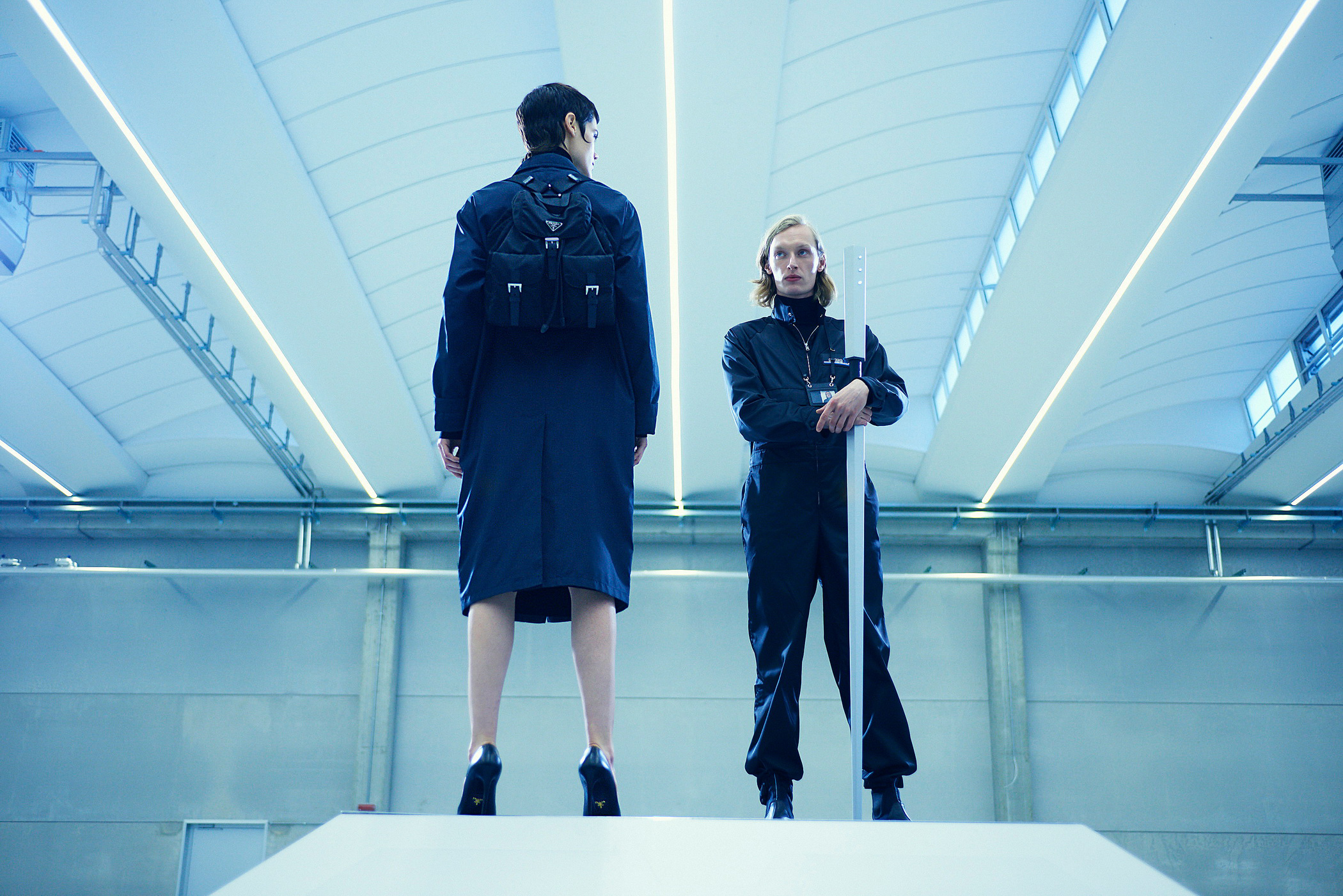 Step into Prada Nylon Farm, a top-secret utopia where the future is present

Style
Step into Prada Nylon Farm, a top-secret utopia where the future is present
Share this article
Next article

Ever wondered what Black Mirror on futurist fashion steroids would look like? If there ever is one, it will probably develop into something like the four-part video project Prada has just released: Prada Nylon Farm.

Filmed at Valvigna, the company’s lesser-known scenic garden industrial headquarters in Tuscany, part one of the series follows a sleekly glazed female — is she human? An AI? A cyborg? — as she strides under a canopy of foliage before undergoing an identity scan by a levitating bot guard. Once verified, in we go into the ultra-streamlined realm of the Prada Nylon Farm.

Watch as the perfect-seeming utopia presents its IT-supervised farm and its flock of mechanised black nylon sheep — a nod to Philip K. Dick’s sci-fi tome Do Androids Dream of Electric Sheep?. The fleece of of the tech-bred mammals is harvested via automated machinery to weave into Prada’s hallmark nylon. It’s underneath this alternate reality’s slick and composed facade where organic human emotions and an unexpected love story burgeons.

When Miuccia Prada launched her first range of nylon accessories in 1984, the game-changing material redefined what luxury meant at the time. Recently for Fall 2018, the creative director reintroduced nylon as the centrepiece of her collection. This film is made in tribute to the man-made material, suspending it into the space between sociology and commerce, between the endless possibility of technology and the humanity of craft.

The next three Prada Nylon Farm episodes drop on 1, 4 and 9 June on its website.