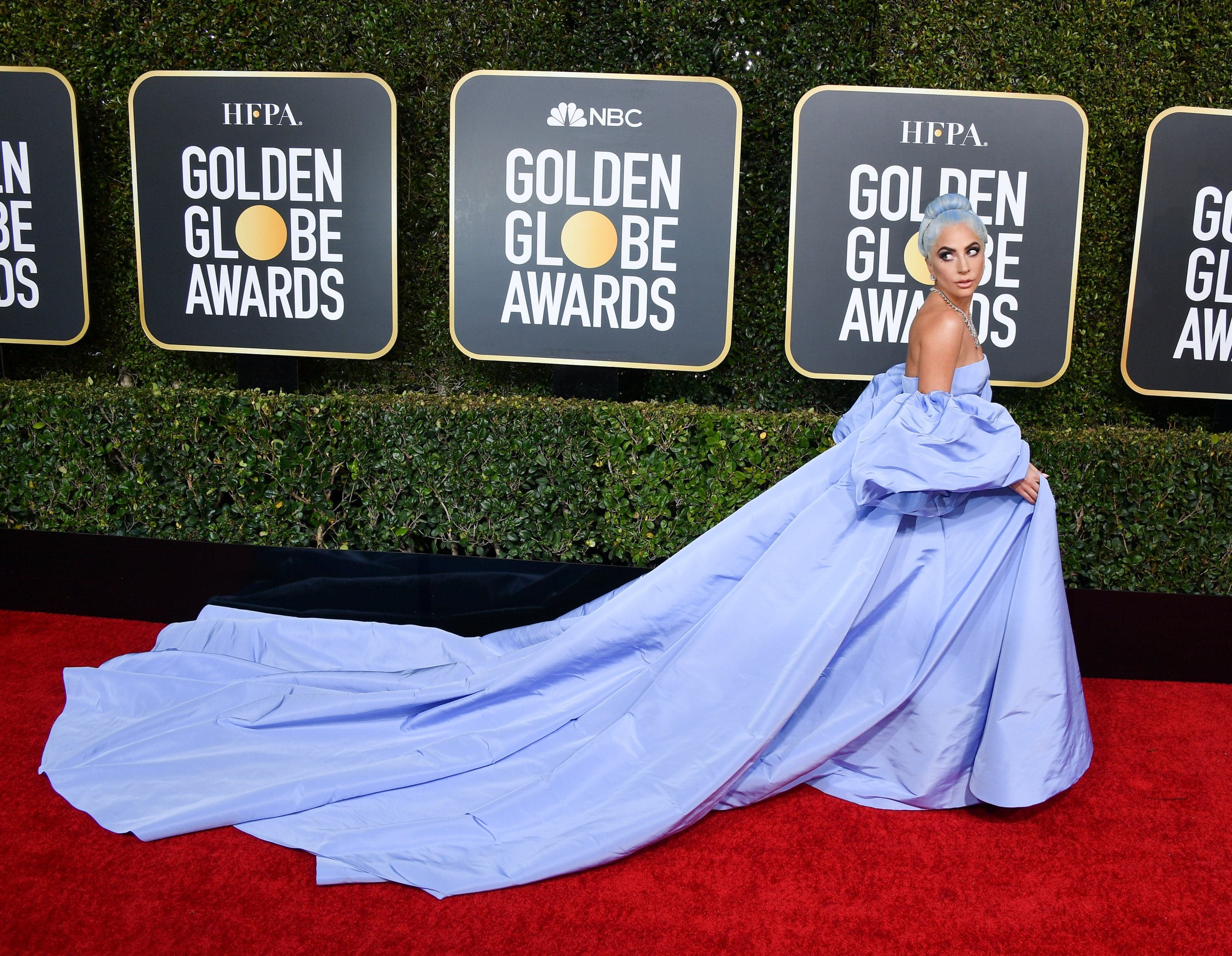 All the best looks from the 2019 Golden Globe Awards

With the 76th Golden Globe ceremony having just taken place at The Beverly Hilton hotel in Beverly Hills, California, the award season has officially kicked off. Considered to be a precursor to the Academy Awards, this year’s edition was packed with some of the biggest names in showbiz. Even though some of the red carpet favourites did not grab the trophy, their fashion game was enough to compensate.

Here is a complete lowdown of the Golden Globes red carpet 2019 for your viewing pleasure.

Best actress nominee for her role in ‘A Star is Born’, Gaga ensured that she immersed herself in true Hollywood glam and pulled off this voluminous periwinkle Valentino gown. Also winners were her ice blue-blonde locks and the impressive $5 million Tiffany & Co. diamonds.

The star-studded cast of ‘American Crime Story: The Assassination of Gianni Versace’ took over the Golden Globe red carpet and needless to say, Cruz stood out. Cruz, who portrays the late Gianni Versace’s sister Donatella in the series, was seen in a captivating, cinched Ralph & Russo gown; the look was punctuated with glittering accents.

Krasinski and wife (and on-screen partner of ‘A Quiet Place’) Emily Blunt are one of the chicest couples in Hollywood, and they proved it on the red carpet. While Krasinski opted for an ensemble by Brunello Cucinelli, shoes by Christian Louboutin, and Montblanc cufflinks, Blunt conjured up drama in a lace silver dress by Alexander McQueen.

Fanning, representing her Golden Globe-nominated thriller ‘The Alienist’, walked the red carpet with the poise of a veteran. The proof was her custom light blue Armani Privé dress with a sweetheart neckline.

If effortless is the key to owning the red carpet, then Roberts is the master. Nominated for her portrayal of Heidi Bergman in ‘Homecoming’, Roberts opted for a unique gold top cinched with a gold belt, with a gold train and black pants, all by Stella McCartney. She finished the look off with a pair of Chopard earrings.

Not only did Chalamet have a great 2018, he is set to own 2019 as well. He wore a Louis Vuitton by Virgil Abloh. His custom, sequinned harness with an embroidered bib went well with four bracelets, two rings, and cufflink, all by Cartier

Responsible for some of Priyanka Chopra’s most noteworthy looks on the red carpet, stylist Elizabeth Saltzman picked a Gucci gown for ‘The Mary Queen of Scots’ actress Saoirse Ronan. The Gucci antique, platinum, sheer tulle gown with crystal embroidery and a plunging neckline made sure Ronan was noticed on the red carpet. She topped off her look with Chopard diamond earrings and rings.

The ‘Crazy Rich Asians’ star joined Gaga in opting for a petrol blue Valentino gown. The actress, who is known for pulling off well-coordinated looks, chose Forevermark jewels to accessorise.

Not only did Criss bag the ‘Best actor in a limited series or TV movie’ award for the ‘Assassination of Gianni Versace: American Crime Story’, he also won the red carpet in a Dior ensemble with a floral jacket and Christian Louboutin shoes.

It looks like there can never be a dull red carpet moment for ‘Black Panther’ star Lupita Nyong’o. She opted for a Calvin Klein by Appointment royal blue fringed gown, which she complemented with Bulgari jewels. However, the highlight was her pair of very comfortable US$45 Aldo heels – function and chic in one go.

Go big or go home best applied to ‘The Queen America’ star. In the past, we have seen her favouring some of the most risqué numbers (remember last year’s see-through black gown) and this time too, she ensured she made a statement. Jones opted for an emerald green Elie Saab gown with a front thigh-high slit, ruffled detailing on the neckline, and a dramatic train. She paired it with Lorraine Schwartz jewels.

If you thought the red carpet belonged to new-gen stars, Berry reminded you how the veterans do it. She chose an exquisite Zuhair Murad multi-sheer panelled sheath gown with a plunging neckline and an asymmetrical detail at the waist. The look was hugely different from her last year’s appearance at the Golden Globes, for which she wore a see-through LBD. That’s what you call range.

The ‘Black Panther’ star gave us perfection in a clean-cut custom Burberry suit.

If you thought Gaga was dramatic, she had company from her ‘A Star Is Born’ co-star. Taking a break from black, Cooper opted for a white Gucci tuxedo. His partner Irina Shayk matched him in a gold sleeveless gown with a thigh-high slit by Atelier Versace.

Messing is no to stranger drama. When you are a nine-time Golden Globe nominee, you are used to pulling off eye-catching looks. She opted for a heavily embellished, feathered-on-the-border Pamella Roland gown. And if you thought capes were a thing of the past, take cues from her on how to make them work.