It’s an exciting month for sneakerheads, as our contributing writer Mira Uttamchandani of Sneaker Surge HK unveils in this round-up.

In this month’s roundup of kicks to cop, we’re looking at some classic summer colourways and must-have staples for your wardrobe. Female sneakerheads are also in luck this July, as there are also a few stylish options exclusively available in women’s sizes — including an Off-White collab with Air Jordan that was teased at an auction benefiting Black Lives Matter. Looking for a few new pairs to add to your collection? Here are 10 pieces you’ll want to keep on your radar. 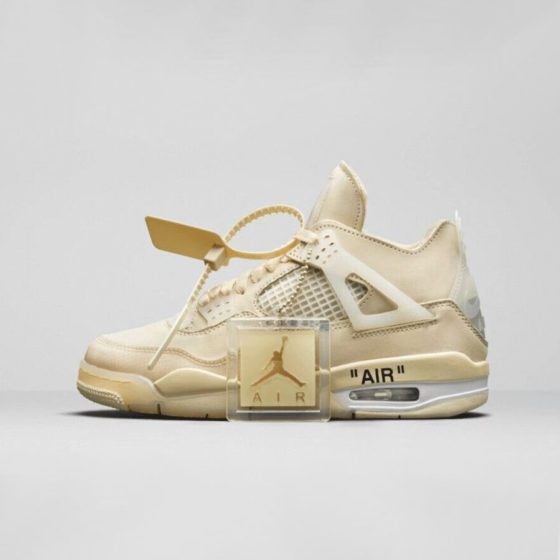 These ghostly women’s Jordan 4s were teased on the runway for Off-White FW2020, and as we’ve witnessed time and time again, anything Virgil Abloh collaborates on turns into gold. On top of that, this release caught the eyes and attention of sneakerheads when he auctioned off a pair of signed Air Jordan 4s last month — the winning bid went for an impressive £150,000 (approx. HK$1.45 million). All the proceeds from the auction benefited The Black Curriculum, an organisation that addresses the lack of Black British history in the UK school system, as well as Inquest, which provides support to families grieving from ‘state-related deaths.’ If those weren’t enough reasons for you to keep an eye out for this pair, you can add in the list of high-profile influencers and skaters who have been wearing them prior to the official release. They’re rumoured to be released officially on 25 July, so keep your eyes peeled. 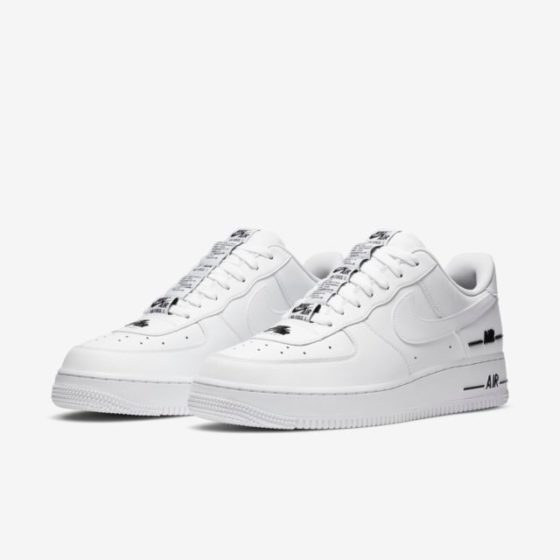 Released earlier in the summer, this pair was the first and only Air Force 1s with additional heavy branding on the tongue using factory tags. The design is balanced out by the clean and minimalist lines of the 2007 shoe silhouette. With the timeless colourway in black and white, it’s definitely a wardrobe staple. Instantly sold out on Nike US, you can find it now on various online retailers. 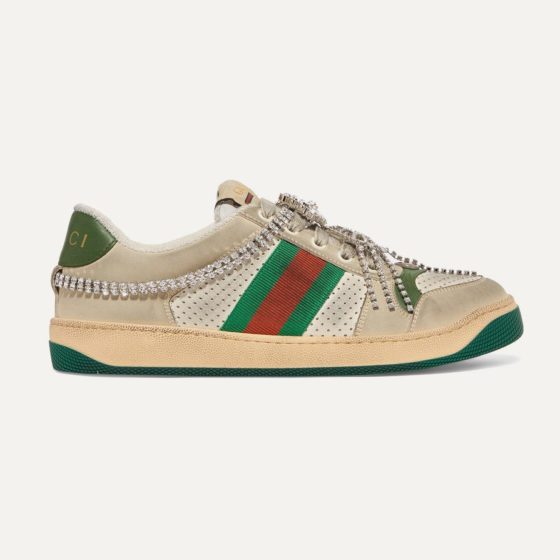 Released last year and now with several reiterations, this is a great shoe for summer 2020. This is a shoe that’s all about juxtapositions: Named after the defensive play in basketball (‘screening’ for those who aren’t in the know), its moniker adds a touch of toughness, but it also features a jewelled chain, making it slightly feminine (pro tip: it can also be removed and worn separately as an actual necklace). It’s also been purposely distressed for a vintage look. An all-round versatile shoe fit for any occasion. 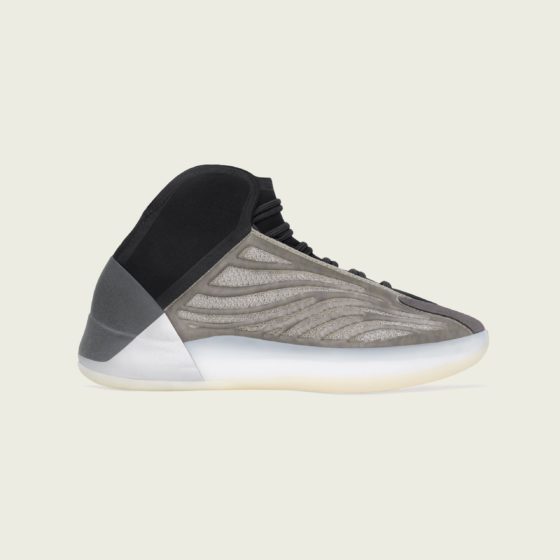 This is the second basketball sneaker under the Yeezy brand. The name ‘Barium’ was coined after the earth metal of the same name, inspired by the way the shoe changes colour from grey to olive green based on the light it is under. The hype for this shoe follows a typical Kanye West trajectory — earlier in February during NBA All Star Weekend, Yeezy military trucks drove around Chicago giving away the original QNTM ‘Quantum’ to fans, free of charge. Formally released with full sizing on 25 June, it’s since sold out on Adidas Hong Kong, but you can still nab a pair from Farfetch below. 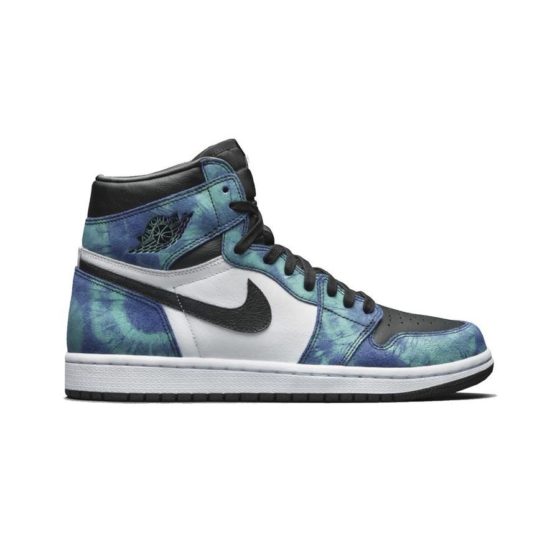 You may have seen tie-dyed Jordans in the customised sneaker circles, but it’s the first time ever this process has been done officially on an Air Jordan sneaker. Tie-dye is in this summer — with it appearing on multiple SS20 runways, whilst countless celebrities have also been rocking tie dye looks during lockdown — so it’s the perfect time to introduce the shoe. It was released in a striking colourway, featuring two shades of blue with the swoosh branding maintained in black. Sold out on Nike.com, it’s now available for a small markup on StockX. 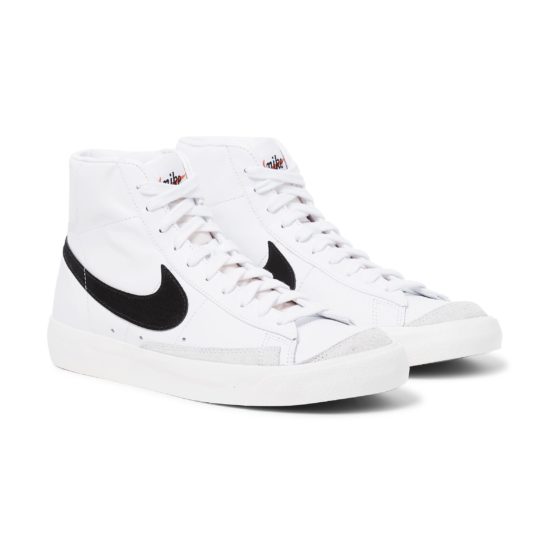 Although not entirely new, the Nike Blazer was one of the first basketball shoes ever to be released and it is a must-have staple in every sneakerhead’s closet. The shoe has a timeless and has been reimagined multiple times by the likes of Virgil Abloh and Serena Williams over the years. These ones are affordable, classic, and can be worn with almost anything this summer. In 2015, Kanye West famouesly proclaimed that “eventually, everybody who wants to get Yeezys will get Yeezys,” and the man seems to be keeping to his word: We’ve been lucky this summer with Adidas restocking the classic Yeezy Zebras once again — the fifth time the Yeezy 350 V2 colourway has been (re-)released in the past four years. Budding fans who have been missing this pair will want to get to it, pronto. 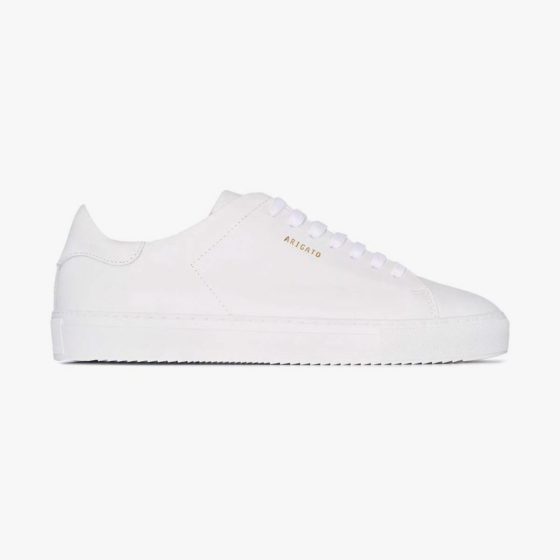 Currently one of the most under the radar brands is none other than Axel Arigato: There’s something oddly simple and satisfying about a plain white sneaker that is unisex, and can be worn by the pool or even on a night out. Similar to Golden Goose and Common Projects in its silhouette, the Japanese-made shoe offers several options for the collector of minimalistic styles. It’s not ‘hyped’ like the Nike or Adidas limited edition pairs that have appeared on this list, but it’s an increasingly popular staple shoe to have in your collection. There are also a number of styles (some of which are on sale) available on Shopbop. 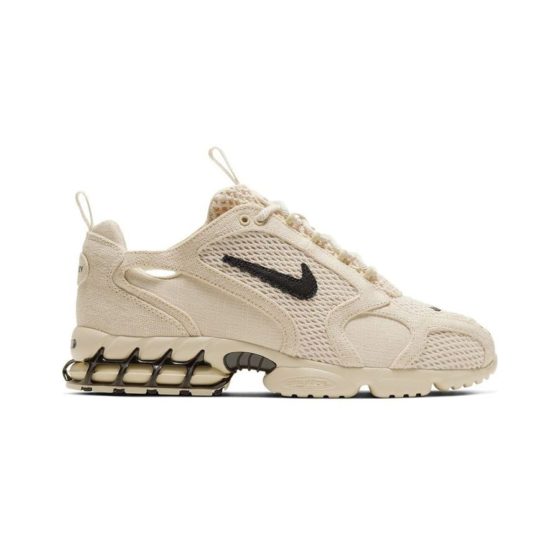 One of two colourways released earlier this spring (the other being ‘pure platinum’), the Stüssy x Nike Air Zoom collab is made from a mesh material that runs across the entire sneaker that, as Nike explains, is “inspired by human networks created to support movement.” It was also released with an entire apparel collection that’s been sought after by every streetwear fanatic this summer. After an initial sell-out spree, you can now catch a few pairs available on StockX or other online retailers. 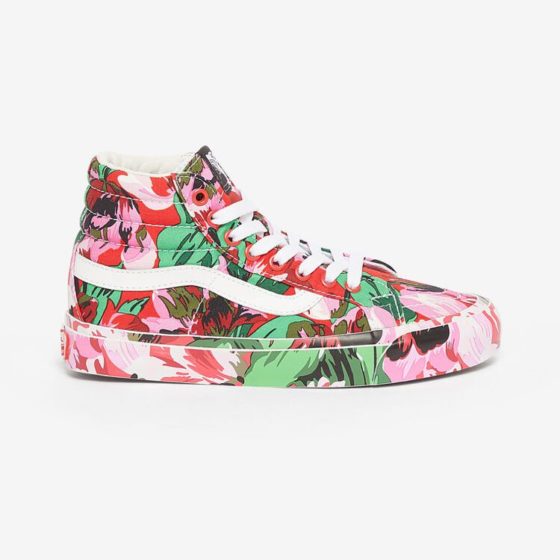 Releasing this month, the Kenzo and Vans collaboration (which Lifestyle Asia has recently teased) features reiterations of the classic Sk8-Hi silhouette using floral prints derived from old Kenzo archives. With a number of styles available, the shoes run in both men’s and women’s sizing. The footwear was launched alongside a ready-to-wear capsule collection and, naturally, a limited edition skateboard, with only 150 pieces made.