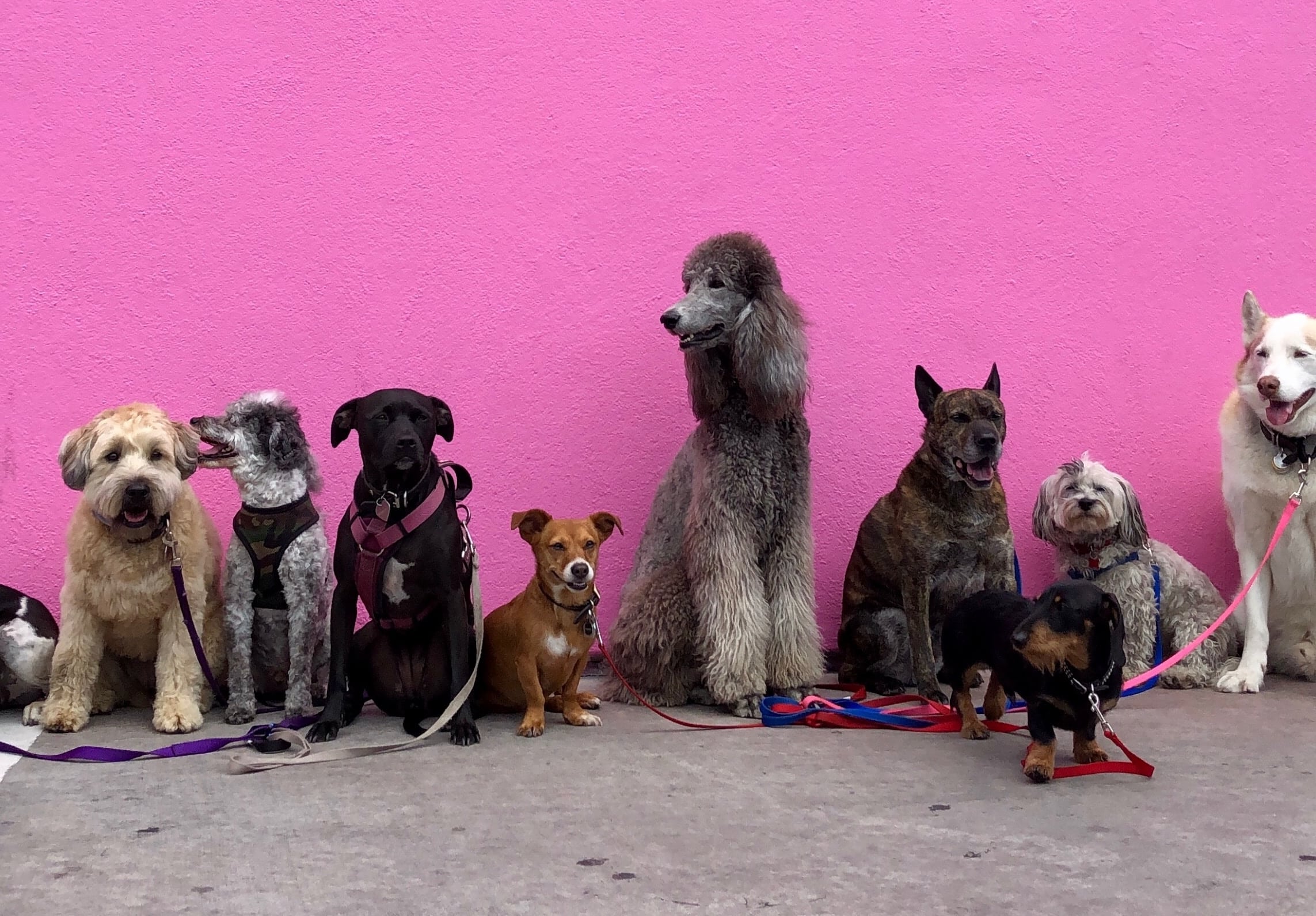 The most fashionable dog breeds to own in 2019, ranked

Style
The most fashionable dog breeds to own in 2019, ranked
Share this article
Next article

While a pet should never just be used as a fashion statement or accessory, there is no denying that there are trends in what dog breeds are popular – just like there are trends for everything else. So what are the most fashionable dog breeds right now?

First of all, forget the idea that smaller dogs are always better. The world used to be ruled by Chihuahuas and Pugs, but not anymore. In a world of social media platforms and emphasis on individuality today, the more noticeable your dog is the better. The furrier, the leggier, the more unusually hybrid, the better. Of course, the most fashionable breed doesn’t necessarily mean the most common. Like buying designer clothes or luxury cars, you don’t want a dog everyone else has. The fashion set, the wealthy A-listers, the Instagram celebrities all opt for breeds that are as hard to obtain as a rare painting.

Of course, being in Bangkok makes the business of ranking fashionable dog breeds a little more difficult. Larger breeds don’t fare well in a city with little space for walks; having excessively furry dogs simply makes them suffer in the heat. So what are the most fashionable dog breeds to own in Bangkok? Well, dog lovers, perk up your ears because below is a full ranking in reverse order. And yes – expect crazy cross-breeds, un-walkable dogs, and absolutely no Golden Retrievers.

We weren’t kidding about fashionable dogs being leggier than others. Half languid couch potatoes, half speed machines, Greyhounds are one of the leggiest breeds of them all, and the short fur and slim build also makes it suited for Bangkok life. Having one of the most fashionable Thai designer brands named after them must also help too. And if the theory is true about owners looking like their dogs, then the Greyhound’s chic slenderness means their owners are probably mostly supermodels and other genetic lottery winners.

Bangkok isn’t quite Beverly Hills crazy about Chihuahuas, and the breed isn’t as fashionable as they were during the days of Paris Hilton anyway. But throw another trendy breed into the mix and suddenly it’s a whole different game. The Beagle-Chihuahua, or Cheagle, is a rarer yet humbler (and less…annoying) adaptation of Hollywood’s clichéed breed. As fashionable dog breeds go, it’s probably one of the very few that’s been on The Tonight Show Starring Jimmy Fallon.

Yet still, the remix can’t beat the original. The Beagle has been a popular breed for years, but their timeless friendliness makes them an all-time classic. The stock photo of the perfect pet dog, Beagles are fashionable for their picturesque features and familiar, earthy colour pattern. Like Snoopy, the most famous Beagle of all, the breed is a timeless favourite for all ages.

With Bangkok’s penchant for anything Japanese, the Shiba Inu is no exception. The breed may be popular for their intelligence and faithfulness, but let’s not forget that the Shiba is also an internet star (the “doge” meme is possibly the most viral of all dog memes). Their expressive eyes and almost cartoonish fluffiness naturally make them a favourite amongst social media savvy dog lovers. Aiming right at the fashionable Asian crowd, all these new Shiba cafes really know who their powerful target market is.

Found in art and literature for almost 500 years, the Cocker Spaniel has become an icon of English aristocracy. The long-haired, long-eared, and long-loved breed is an understated symbol of status; its meek manner and small size is often found next to some of the world’s most powerful figures. In any case, a dog breed that looks like it has its own personal hairdresser can safely be assumed to be a fashionable one.

The ultimate “it-guy” companion, the German Shepherd is the emblem of toughness and loyalty. And they attract people with similar traits too. Like their owners, German Shepherds are both athletic and affectionate – a double whammy that is irresistible to passing-by ladies.

In the age of Game of Thrones, the popularity of taking in wolfish-looking dogs has hit a new high. The Direwolves used in the television series are actually a Northern Inuit breed, a cross-bred relative of the Siberian Husky. Trying to replicate the lives of Game of Thrones characters might not scream fashionable, But having a large, tough, richly-coated dog to guard you as you walk around town definitely does something for your status image.

Here’s a more portable version of the English Cocker Spaniel, which – in a fashionista’s language – means more handbag-friendly. In ironic contrast to its grandiose name, the King Charles Cavalier is a meek creature with soft curls, droopy ears, and a somewhat permanently bewildered look on their tiny faces. Often the subject of an Instagram influencer’s IG Story, the Cavalier is one of the social media group’s favourite fashionable-because-quirky companions.

For another extra step-up from the King Charlie, the fashionable have also mixed in a bit of Poodle into the breed as well. After all, isn’t it universally agreed that Poodles make anything a little bougier? The result is the Cavoodle – a super compact little ball of fur that has all the fashionably adorable features: floppy ears, tiny paws, and a size you can easily carry in your purse. Combine all of that with the sophistication of its hybridity and you have the ideal formula for a fashion set dog.

Forget all of the qualities we emphasised at the beginning. French Bulldogs comply to none of those categories and yet they’re still the world’s most iconic fashionable pet. There’s no denying that the iconic perky-eared silhouette is one of the most recognisable outlines of all time. The Frenchie is itself a style symbol, being featured across designer handbags and phone cases everywhere. This is a breed that doesn’t need a fashionable owner to be fashionable in its own right. There are countless celebrity Frenchies, from Modern Family (companion to the wealthy Jay Pritchett) to Instagram woofluencers like Mannie the Frenchie. Moncler’s capsule collection with Poldo Dog Couture used the French Bulldog to model the clothes. Being infamously difficult to care for and able to rack your vet bill up to the millions, owning a French Bulldog is a real status signifier. Now with more and more people falling into Frenchie mania, it doesn’t look like they’ll be giving up their place as the most fashionable dog breed any time soon.