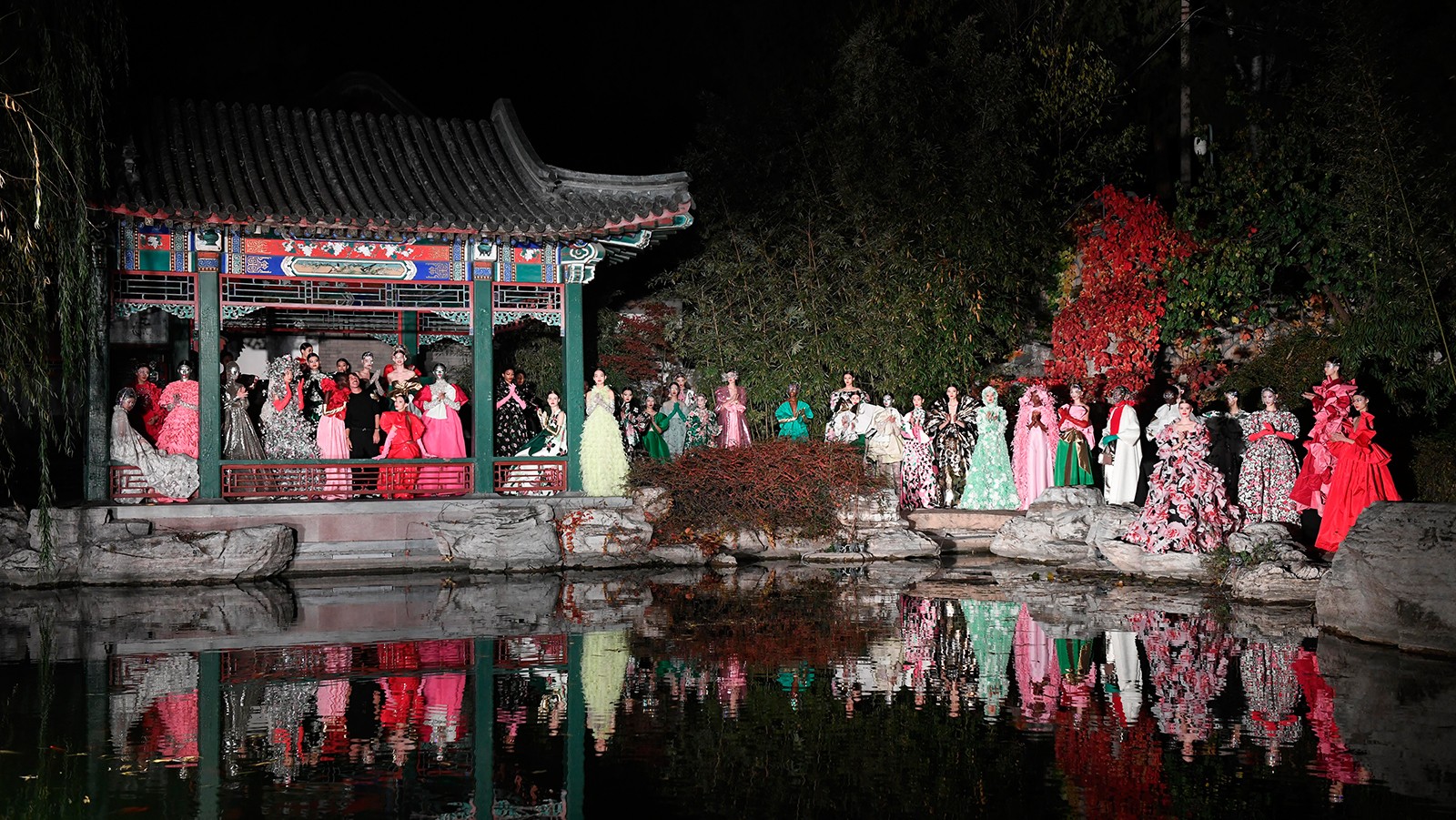 What went down at the Valentino Haute Couture Show in Beijing?

Style
What went down at the Valentino Haute Couture Show in Beijing?
Share this article
Next article

Taking place at the Summer Palace, the event saw hundreds of guests that were especially flown in to witness the showcase of the exclusive tribute collection. From local models to fake tickets, scroll ahead for the inside details on what went down.

1. It was hosted to celebrate the opening of the Valentino Sanlitun boutique in Beijing

A capsule collection — including windbreakers with bell sleeves, sneakers and sunglasses, as well as mahjong, matchboxes, lighters and more — has been exclusively launched at the new store.

2. The show took place at the Summer Palace, a UNESCO World Heritage site with a history dating back to 1153.

The Summer Palace covers an expanse of 2.9 square kilometres, with buildings that originate from multiple dynasties in Chinese Imperial history.

3. Invitations were being sold on the black market for RMB40k each; there were also fakes appearing at the entrance.

Securities rubbed their hands over the invitations cards, making sure the texture and thickness matched with the official invites.

4. 400 guests were flown in from all over the globe, including VICs, celebrities, journalists and style influencers.

5. A glasshouse was built to seamlessly connect three palatial rooms at the site.

Even the chairs were custom made, with Chinese-inspired design elements evoking ancient China.

6. The collection, titled Daydream, was especially created for Beijing, and tells the story of a dream where the two cultures collide.

It was a beautiful encounter of the Italian Renaissance and Chinese opulence, and a celebration of different cultures, personalities, and even generations.

7. Highlighting the designer’s love for Chinese culture, many Chinese models were casted for the show.

The show starred world-renowned model Du Juan, who closed the show in a fantastical dress filled with dancing sequinned florals.

8. Then there was the after party, hosted at the Blue Note jazz bar…

Valentino Beijing Haute Couture
Lifestyle Asia
Here's where you can read the latest news and stories from Lifestyle Asia, curated from all of our editions in Hong Kong, Singapore, Kuala Lumpur, Bangkok, India and Paris.
Luxury

6 clutches to covet this season