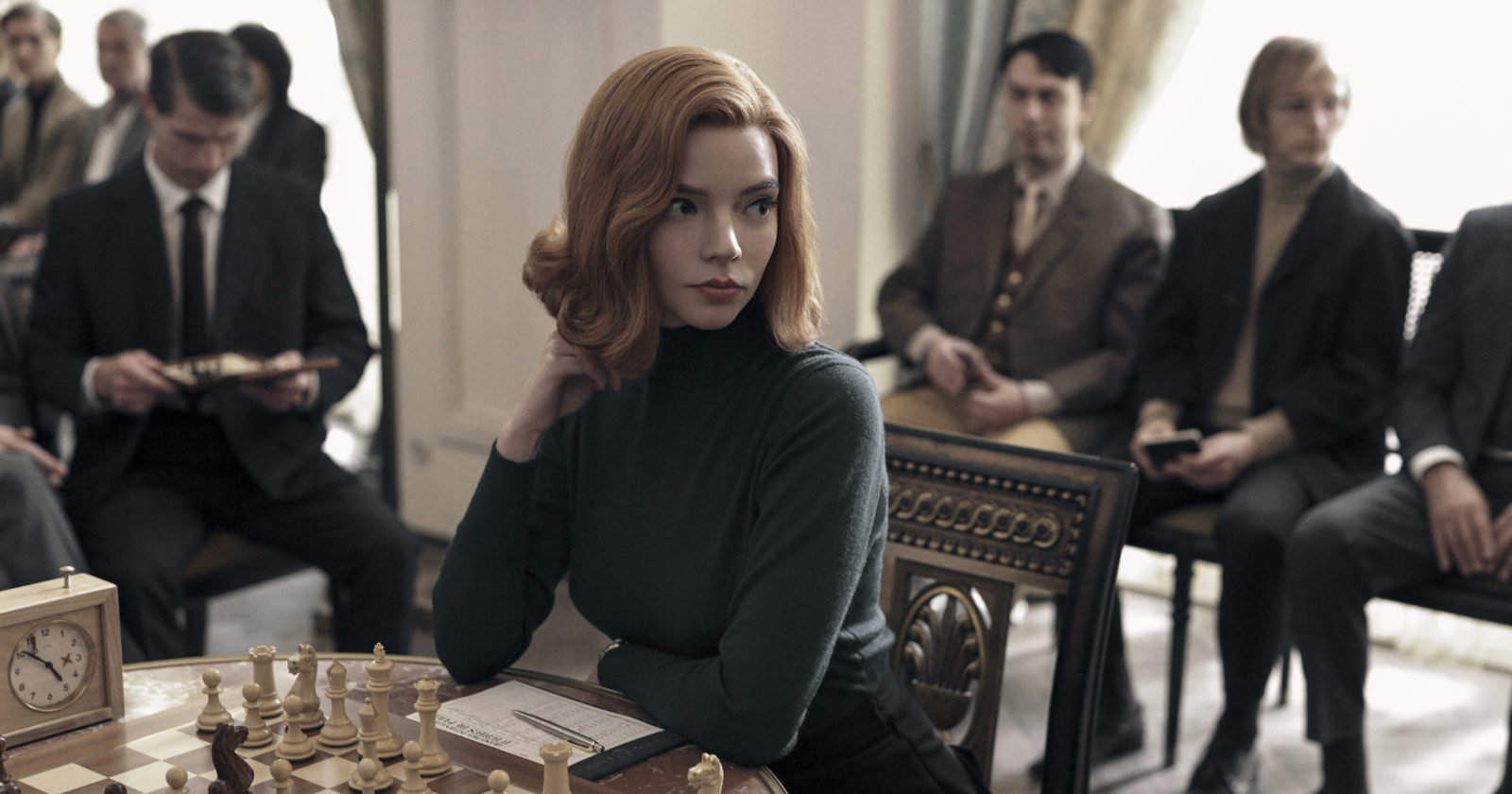 We never could have guessed that the year’s most fashionable TV show would be centred around chess, but here we are.

We’re talking about The Queen’s Gambit, of course, the Netflix miniseries that follows the life of Beth Harmon, an American chess prodigy played by Anya Taylor-Joy. (You might recognise the actress from the latest adaptation of Emma, or the BBC crime drama, Peaky Blinders.) It’s part psychological thriller, part period piece, set against the cultural-shifting chaos of the 1950s and 1960s.

That might sound ambitious, but The Queen’s Gambit certainly didn’t fall short. The show has been celebrated for a myriad of reasons, from the acting (check out its perfect Rotten Tomatoes score) to its accurate portrayal of the board game. Its impeccable costumes, designed by Gabriele Binder, are just as worthy of a nod.

In fact, they earned themselves a whole exhibition, now held virtually at the Brooklyn Museum. Shift dresses, full skirts, structured coats — the markers of Mod style, as well as other sartorial staples of the “Swinging Sixties”, were all faithfully reproduced by Binder for the show.

On the surface, there’s plenty to appreciate about Beth’s vintage costumes (for starters, how much better do they look than the ones in Emily in Paris?). But, like the moves on a chessboard, they are also meant to be studied; Binder’s choices are replete with clues into what Beth is thinking or feeling, and each outfit is a piece of the puzzle that is the show itself.

So, what did you miss? Below, we unpack everything you need to know about the costumes on The Queen’s Gambit.

You may have noticed that quite a few of Beth’s costumes came in a green so light, it’s almost grey. It’s what Binder describes as our protagonist’s “home colour”. We first see it in the homemade, embroidered linen frock that she wears as an orphan, which was also a comforting connection to her mother. Later on in the show, a grown-up Beth wears a similar, collared wool dress to a chess competition, showing us that she has come full circle.

To understand how much chess mattered to Beth, simply look at her clothes. Almost all her outfits featured the lines of the chessboard, whether subtly (see her array of T-shirts with contrast piping) or more obviously through checked dresses, coats and blouses. As Beth begins to discover her own style — and, by extension, her identity — she is invariably drawn to such geometric pieces.

Binder made a couple of nods to Pierre Cardin, the trailblazing French designer who defined the “Mod chic” style of the 1960s. (He’s also responsible for the pagoda shoulders you see on the runways today.) One of Beth’s first looks is a crepe bow dress, inspired by Cardin’s own shift dresses. When she arrives in Paris for the first time, she takes a step into the world of high fashion by purchasing an elegant ensemble with a cross, also based on a Cardin design. We begin to see that glamour is just as important to the chess player as her favourite game.

Towards the end of the show, Beth becomes something of a star. She signs autographs, she gives interviews, and she inspires what people wear on the streets. That explains her decision to wear the unconventional ensemble above, dubbed the “Pride Coat”. On it, the lines of the chess board are more obvious than ever. It also takes confidence to pull off such a statement neckline — especially to a no-nonsense, chess tournament.

With nothing left to prove to anyone or herself, Beth appears in the show’s final moments wearing an all-white ensemble of a cashmere wool coat, pants and a cap. No checks, no colours. In fact, the look was deliberately put together to mirror the profile of a the White Queen — the most powerful piece in chess.

This article first appeared on Lifestyle Asia Singapore.
Fashion Style Entertainment Netflix The Queen's Gambit
You might also like ...
Culture
What’s new on Netflix Thailand this November 2020
Culture
Why you need to watch ‘The Queen’s Gambit’ on Netflix this weekend
Style
How to dress like a French girl and do it even better than Emily in Paris
Style
The 20 best fashion moments from ‘Emily in Paris’
Lifestyle Asia
Here's where you can read the latest news and stories from Lifestyle Asia and our sister titles PrestigeOnline and Augustman, curated from all of our editions in Hong Kong, Singapore, Kuala Lumpur, Bangkok and India.
Luxury