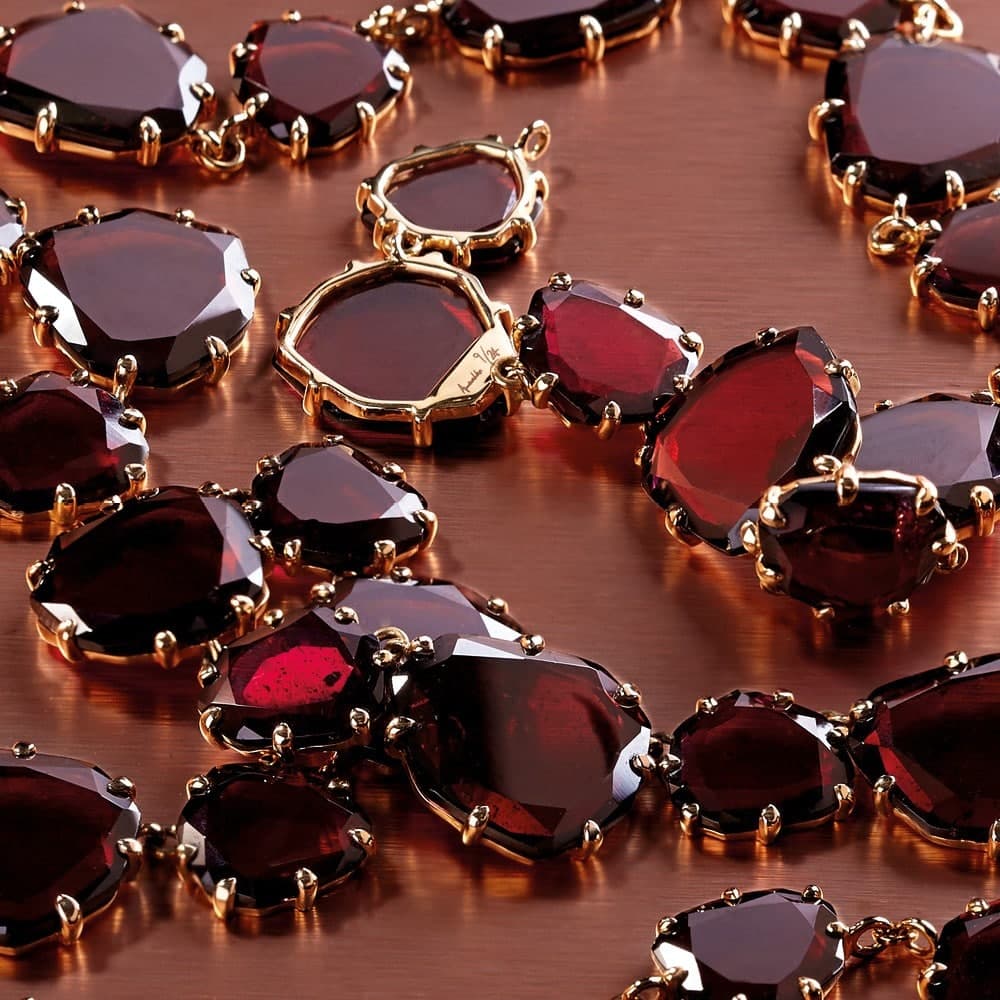 Style
5 ways to wear garnet, the January birthstone
Share this article
Next article

And whilst skies are a little grey in Bangkok and the temperatures (blissfully) cool, the January birthstone gives its wearers a rainbow of reasons to embrace it. According to the American Gem Society, garnet symbolises peace and prosperity, and is said to bring happiness, health, and wealth to its wearer. A wonderful stone to wear especially as we spring into the new year, garnet is most commonly red, but can also be found in vibrant green, blue, or even colourless variations.

Interestingly, garnet gets its name from the Latin ‘granatum’, translating to ‘seed’, and refers to the gemstone’s resemblance to the seeds of a pomegranate. It is found all over the world, from America and Greece to Madagascar, India, and beyond. In the Middle Ages, garnet was worn by the nobility, and praised for its healing and protective powers, where some people even dubbed it the ‘Gem of Faith’. Cut to the present day and modern luxury brands are embracing its allure too; Bulgari has named a perfume after the gem, and Gucci even dedicated a lip colour to it.

From classic drop earrings to playful charm pendants, we’ve put together five different ways to sport the majestic January birthstone and start the new year in style. If it’s your birthday this month, consider these gems your excuse to rock and shine. Beginning our list with a radiant option, these Annoushka 18ct Rose Gold Garnet Brown Diamond Earrings (THB 173,688) are a classic style staple for the elegant lady. The 4.07ct blood red garnets are surrounded by 40 brown diamonds and suspended from 0.38ct diamond hoops, and can actually be interchanged according to mood. Sure to glimmer at any event, pair them with an evening gown for a truly regal look, and begin the year like a queen. 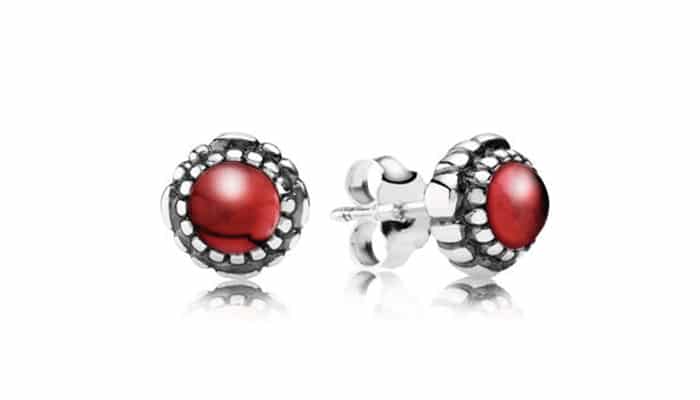 Danish jewellery maker Pandora actually has an entire birthstone collection consisting of various accessories and charms for every month. For an item that is easy to wear every day, these beautiful sterling silver January birthstone studs (THB 2,250) feature the bold garnet gemstone right at their centre, and go well with just about any outfit. Pair with a matching pendant or ring, and garnet all the way. 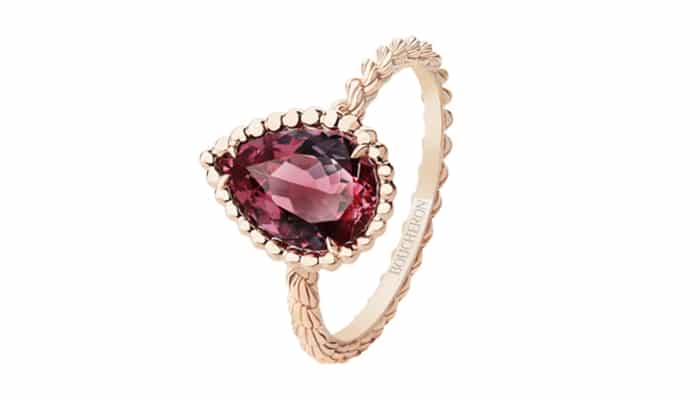 Since its conception in 1968, Boucheron’s captivating Serpent Bohème Collection has risen to become a true classic of the maison. Inspired by the fires of femininity, this Serpent Bohéme Ring (approx. THB 55,167) features a rhodolite garnet set on a pink gold band. Its design mimics the shedding of a snake’s skin in sensual form, much suited to January’s ‘new year, new me’ spirit. Whilst birthstones are said to be lucky as it is, this Tiffany & Co. necklace (approx. THB 62,370) brings an extra dose to the table in the form of an adorable lucky ladybug pendant. Made up of 18k gold and platinum, round brilliant 0.11ct diamonds, and 0.07ct garnets, the charming accessory designed by Jean Schlumberger features a playful way of incorporating the January birthstone into any look. Tiffany & Co. Jewellery Cartier Fine Jewellery Pandora Boucheron Gems Annoushka gemstone January Birthstone Garnet
Lisa Gries
Creative Content Director, Bangkok
Lisa loves to travel, and is always on the lookout for the world’s best nap spots. She’s a serious Asian art history nerd, and has a knack for languages and coffee table books. She hopes to publish her own novels one day, one of which will likely be called ‘All The Great Conversations I Had In A Bangkok Speakeasy.’ It’s a work in progress.
Travel Drinks Dining Watches
Sign up for our newsletters to have the latest stories delivered straight to your inbox every week.