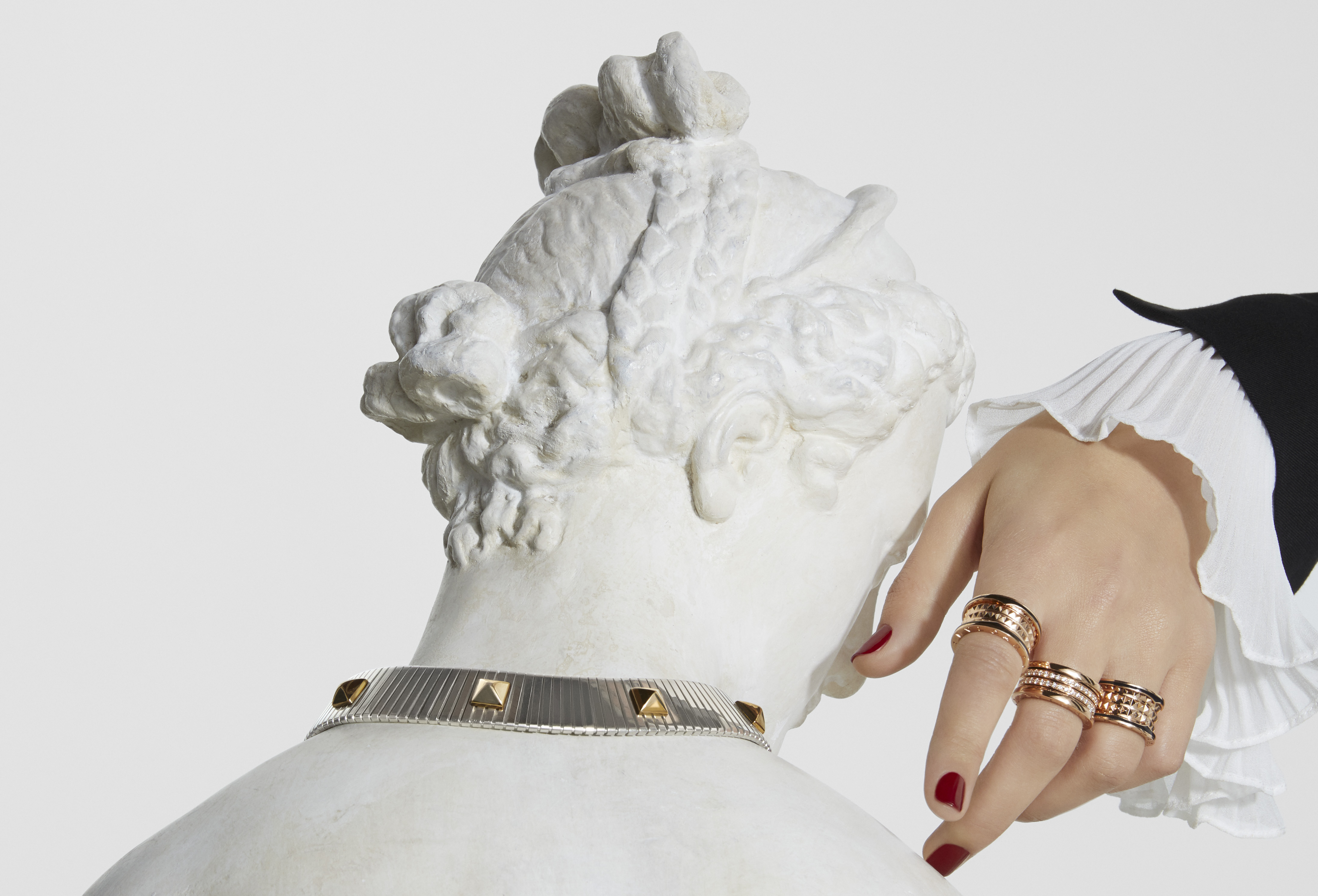 Bulgari breaks the rules with the audacious B.zero1 ROCK collection

Style
Bulgari breaks the rules with the audacious B.zero1 ROCK collection
Share this article
Next article

Roman jewellery house Bulgari is not known for being monotonous or under the radar. The brand has been continuously innovating and reimagining its codes of aesthetics with various collaborations with artists and architects, especially with its B.zero1 collection.

From its past ventures with sculptor Anish Kapoor and the late queen of curves, architect Zaha Hadid, Bulgari maintains its unapologetic dedication to originality and boldness backboned by the unrivalled charm of Roman arts and architecture.

The iconic geometries of B.zero1, first patented in 1999 based on Rome’s magnificent Colosseum and the contemporary soul of Tubogas is again reinterpreted in its third decade with a new adventure. Enter B.zero1 ROCK.

[All images courtesy of Bulgari]

A celebration of the Roman jewellery house’s fierce and indomitable spirit, unquestionably linked to the flamboyant exuberance of its native Rome, B.zero1 ROCK embodies the unapologetic rule breaker deeply connected with the brand’s DNA. This liberating expression of independence and strength is a reflection of Bulgari’s quintessential pioneering spirit combined with groundbreaking creativity.

Inspired by the heritage the iconic tubogas chocker with studs dating back to the Eighties, the new B.zero1 ROCK stands out as an iconic symbol of distinctiveness and self-expression. Its sinuous, audacious spiral lines are ameliorated with the daring and edgy geometry of studs to create an outstanding expression that stands the test of time.

B.zero1 ROCK beckons a strong design that sends a message of independence, strength and audacity — think unapologetic rockers, independent thinkers, exuberant hedonists and big personalities. The collection also excels in the category of unisex precious jewellery with its timeless yellow gold and precious diamonds on the edges, as well as experimenting with technology by injecting black ceramic in the two edges of its rose gold iteration.

The B.zero1 ROCK collection comprises rings, pendants with new and geometric chains, bangle bracelets and earrings — all embodying the disruptive spirit of the new release.

Jewellery Bvlgari B.Zero1
Lifestyle Asia
Here's where you can read the latest news and stories from Lifestyle Asia, curated from all of our editions in Hong Kong, Singapore, Kuala Lumpur, Bangkok, India and Paris.
Luxury