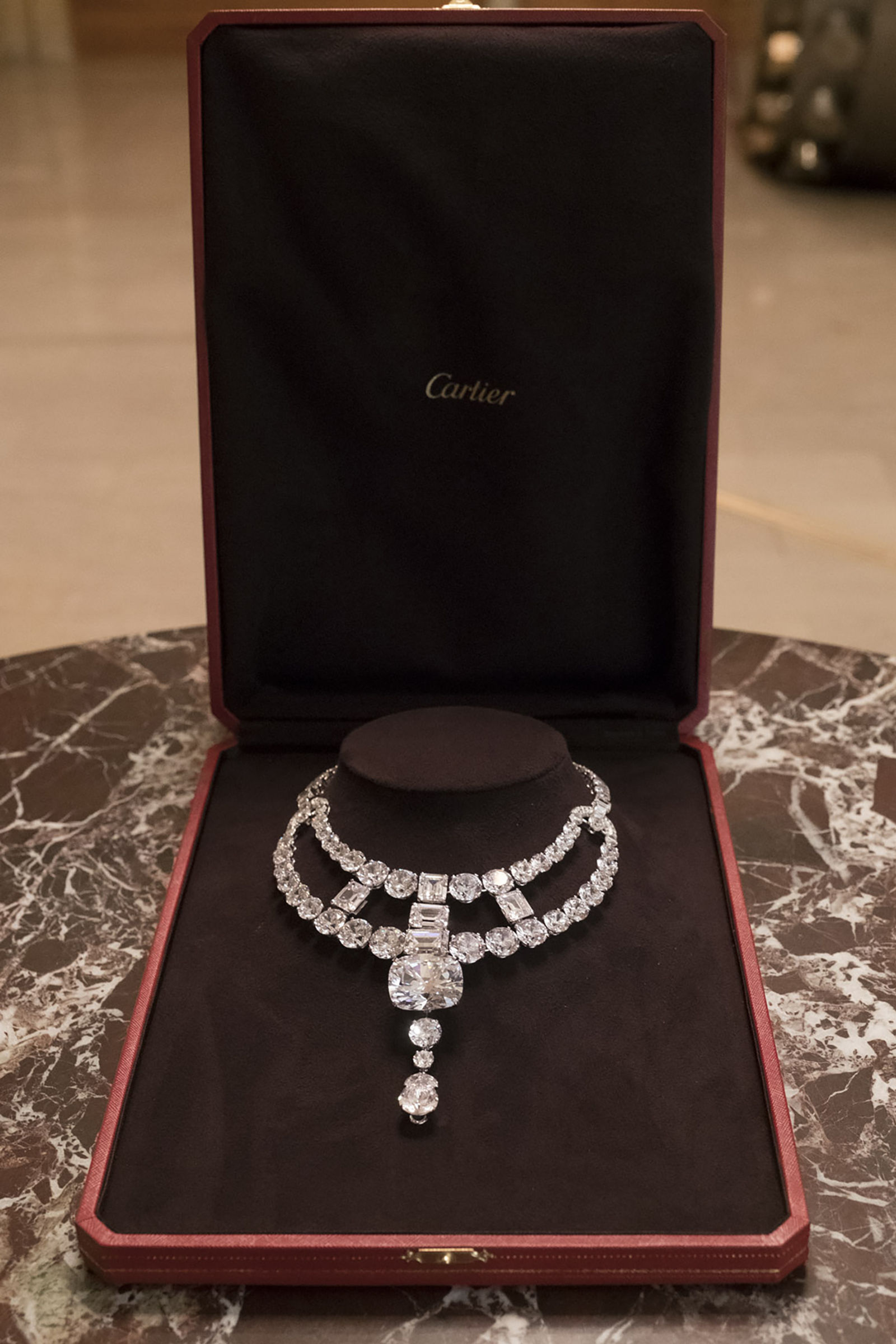 On the rocks: Cartier’s Jeanne Toussaint necklace that took centre stage in Ocean’s 8

In a scene in heist comedy flick Ocean’s 8, Anne Hathaway’s Daphne Kluger is getting ready for the Met Gala when she’s presented with a stunning Cartier Jeanne Toussaint diamond necklace. The exquisite jewel, which we later find out is worth US$150 million (S$200 million), is draped across her decolletage as she marvels at its beauty.

That same necklace plays a major role as a plot device throughout the movie, as it becomes the primary target of a diamond heist at the biggest night of nights for fashion, the Met Gala. With over 40 diamonds in varying cuts and sizes, the necklace is undoubtedly a showstopping piece.

What’s most interesting, however, is that the fictional Ocean’s 8 necklace is a replica of an actual archival design from Cartier’s repertoire. Specifically, its original Jeanne Toussaint necklace that was first created in 1931.

It was designed by jeweller Jacques-Théodule Cartier for the Maharaja of Nawanagar, the ruler of a princely state of British India. Jacques named the one-of-a-kind necklace after Jeanne Toussaint, the brand’s former creative director, who was said to be intrigued by the opulence and grandeur of Indian kings.

The original Toussaint carried a 136.25-carat blue-white ‘Queen of Holland’ diamond as its focal point and was accompanied by a 12-carat olive-green diamond and several other large white and pink diamonds. Jacques described the necklace as “the finest cascade of coloured diamonds in the world”. It weighed about three kilograms and still remains as one of the largest necklaces Cartier has created. Sadly, it no longer exists today.

Cartier carefully crafted the replica over eight weeks at a workshop in Rue de la Paix, Paris. Unlike the original, the Toussaint necklace Anne Hathaway sports is colourless. The coloured diamonds were replaced with zirconium oxides mounted on white gold to bring a bright sparkle from every angle. It was also reduced in size by almost 20 percent to fit Anne Hathaway’s proportions, as the original was designed for a man. Once completed, the necklace was flown over to New York.

Cartier was the exclusive jewellery partner for Ocean’s 8. Apart from creating the Toussaint necklace, the brand shut down its Cartier Fifth Avenue Mansion in New York City for two days to film major scenes of the movie. Jewellery pieces from its new and existing collections were also loaned to cameo stars. At the movie’s world premiere in New York on 5 June, cast members Hathaway, Mindy Kaling and Helena Bonham Carter also stepped out on the red carpet in Cartier rings, earrings and bracelets.

With its star-studded cast, and special cameos by personalities like American Vogue editor-in-chief Anna Wintour and Kim Kardashian West, it’s no wonder this movie has been highly anticipated. Ocean’s 8 will show in theatres in Singapore on June 14. If you do catch it next week, be sure to keep an eye out for Cartier’s gorgeous necklace.

Jewellery Cartier Diamond Met Gala necklace On The Rocks ocean's 8 toussaint jeanne toussaint
Adrian Han
SG Visual Support
Sign up for our newsletters to have the latest stories delivered straight to your inbox every week.