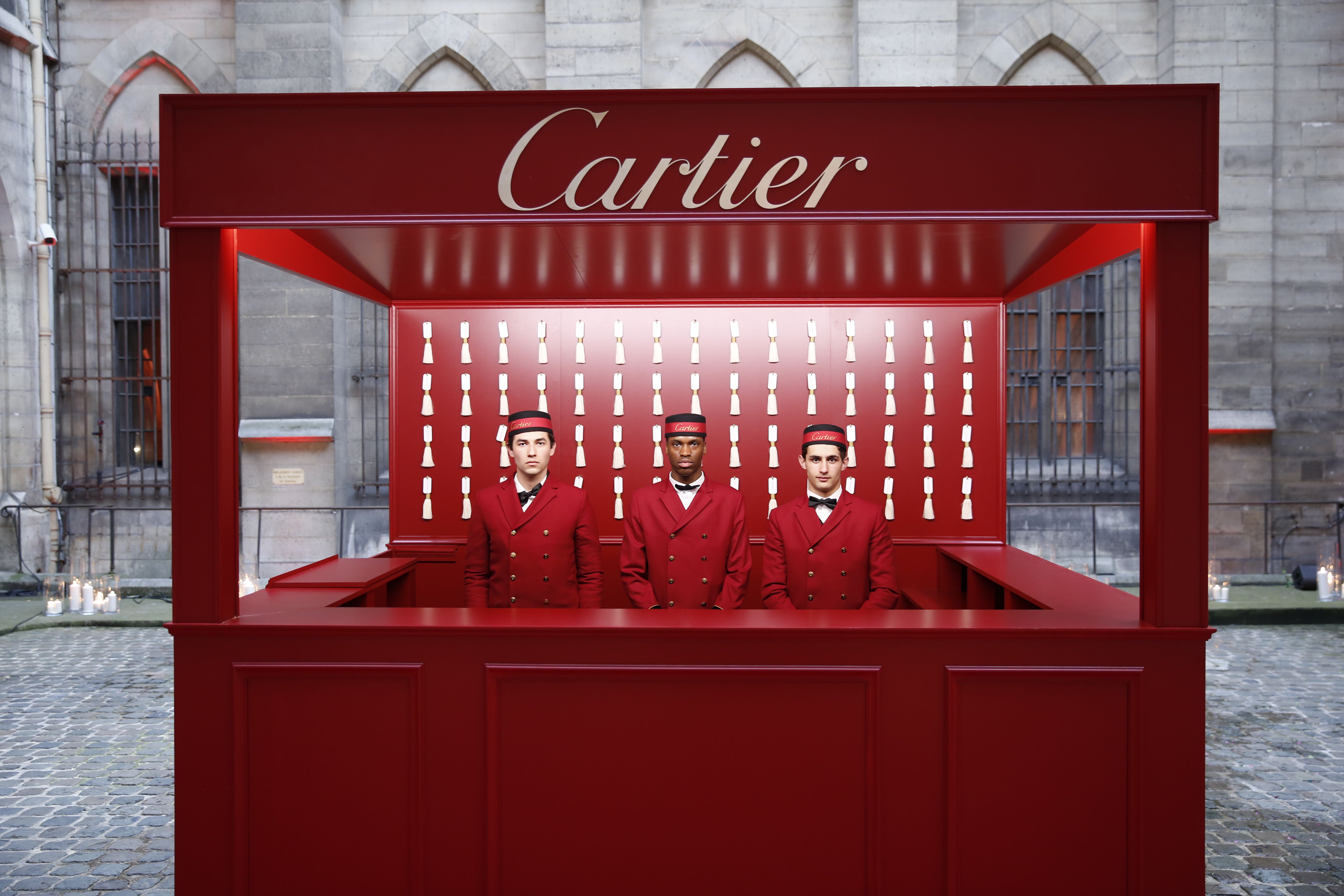 French luxury goods maker Cartier has unveiled a new signature jewellery collection, and it’s a real stud – in a very literal sense of the word.

Launching earlier this year, the Clash de Cartier collection was welcomed and unveiled with a special gala dinner in April, with none other than Jake Gyllenhaal, Claire Foy, Rami Malek, Monica Bellucci, and our very own Janie Tienphosuwan in attendance. The event was described as ‘très particulier’, and in fact the entire line could be dubbed as ‘très particulier.’ Here’s why.

A clash of attitudes

Clash de Cartier presents a line that is interestingly balanced and yet different; a design ethos that is not uncommon at Cartier (Juste un Clou was inspired by bolts and nails, lest we forget). Yet whilst garage tools made precious have a certain charm about them, something about Clash de Cartier is different. At first glance, the line stands out for its lightly punk rock edge, and indeed, there’s a rebellious spirit about it.

Studs, beads, and clous carrés have long been part of the Maison’s aesthetic heritage, and for the new collection, they are put together to form a singular, ribbed mesh. It’s a mix and match of the brand’s aristocratic codes, which could also be described as a clever balancing act. There’s a sense of tradition juxtaposed with liberty, as the pieces look sharp and yet are soft to touch, they’re geometric and yet generously sized, and they’re technical, and yet allow for freedom of movement. There’s a sense of opposition in Clash de Cartier. Opposite Day, but make it luxe fashion.

Back to the future

Clash de Cartier is certainly a line for the young, but this doesn’t mean all of its elements are new. The jewellery is liberated with heritage, drawing on pure Cartier style accents. In fact, the volumes and reliefs, as well as the circles and squares, honour the Maison’s penchant for geometry — a feature that dates back to Cartier’s designs in the 1930s.

Thereby, the new signature collection boasts a neo-classical flair, and takes this up a further few notches by being presented as a unisex line. Whimsical and inclusive: very millennial.

Looks can be deceiving

Through bright and pulsating design accents, Clash de Cartier is breaking up the conventional architecture of shapes. The studs are in place and yet are free to move, and their subtle motion allows the light to hit it, flit, and flicker, making the metal seem a lot softer. There’s a feminine contour, and yet a nervous tension of taut structure, and again, we see here a juxtaposition of sorts.

Beyond the stud, the line sees an array of deceptively simple lines. Clean-cut and geometrically spaced, they too are a juxtaposition opposite the complex feat of craftsmanship this entails. Each element of each individual piece is mounted and polished, and calibrated to magnetise the forces to hold the studs in place. The buff-top domed close carrés are finished with bright polish, that is produced over a long series of operations. The ingenuity behind and the mechanic outlook aside, each piece is also delicately scalloped on the inside, to ensure comfortable wear. We hate to be a repeater of terms, but we could call it — you guessed it — yet another juxtaposition.

Style Jewellery Cartier clash de cartier
Lisa Gries
Creative Content Director, Bangkok
Lisa loves to travel, and is always on the lookout for the world’s best nap spots. She’s a serious Asian art history nerd, and has a knack for languages and coffee table books. She hopes to publish her own novels one day, one of which will likely be called ‘All The Great Conversations I Had In A Bangkok Speakeasy.’ It’s a work in progress.
Travel Drinks Dining Watches
Sign up for our newsletters to have the latest stories delivered straight to your inbox every week.