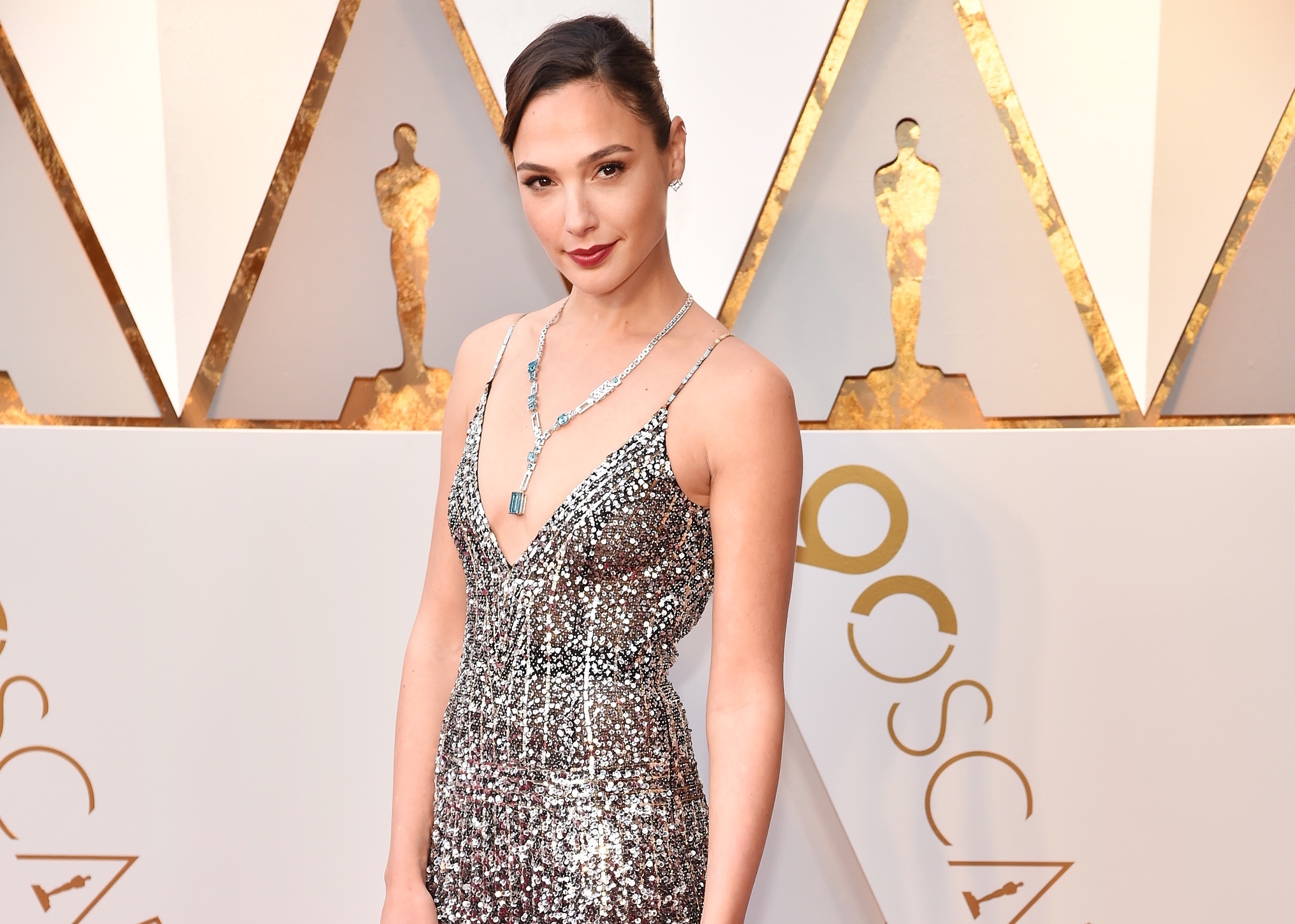 Oscars 2018: The most glamorous jewellery looks

Style
Oscars 2018: The most glamorous jewellery looks
Share this article
Next article

In the wake of the #MeToo and #TimesUp movements that have dominated headlines the world over, as well as made their presence felt at the Golden Globes and Grammys award ceremonies earlier this year, it was only natural that we expected this morning’s 90th Academy Awards, or the Oscars 2018, to further push the envelope on supporting women empowerment and calling out sexual harassment.

And the ceremony sure didn’t disappoint. Host Jimmy Kimmel opened the show with a witty monologue that addressed disgraced movie mogul Harvey Weinstein’s indiscretions, as well as criticised Hollywood’s gender inequality. Another noteworthy moment was when actresses Ashley Judd, Salma Hayek and Annabella Sciorra — all of whom have accused Weinstein of harassment — went onstage to deliver a rousing speech calling for greater diversity and equality in the industry. This was accompanied by a video montage featuring interviews centred on these topics, with filmmakers such as Lady Bird‘s Greta Gerwig.

Apart from tackling these pressing issues — which have been present in the entertainment world for way too long — the Oscars 2018 was also, as always, a lavish showcase of impeccable style and jewellery choices. The red carpet saw plenty of memorable looks, such as actress Gal Gadot’s magnificent suite of Tiffany & Co aquamarine jewels and Dame Helen Mirren’s sapphire and diamond pieces from Harry Winston. Scroll through for the best jewellery looks at the star-studded event, and click here to see our favourite sartorial moments. 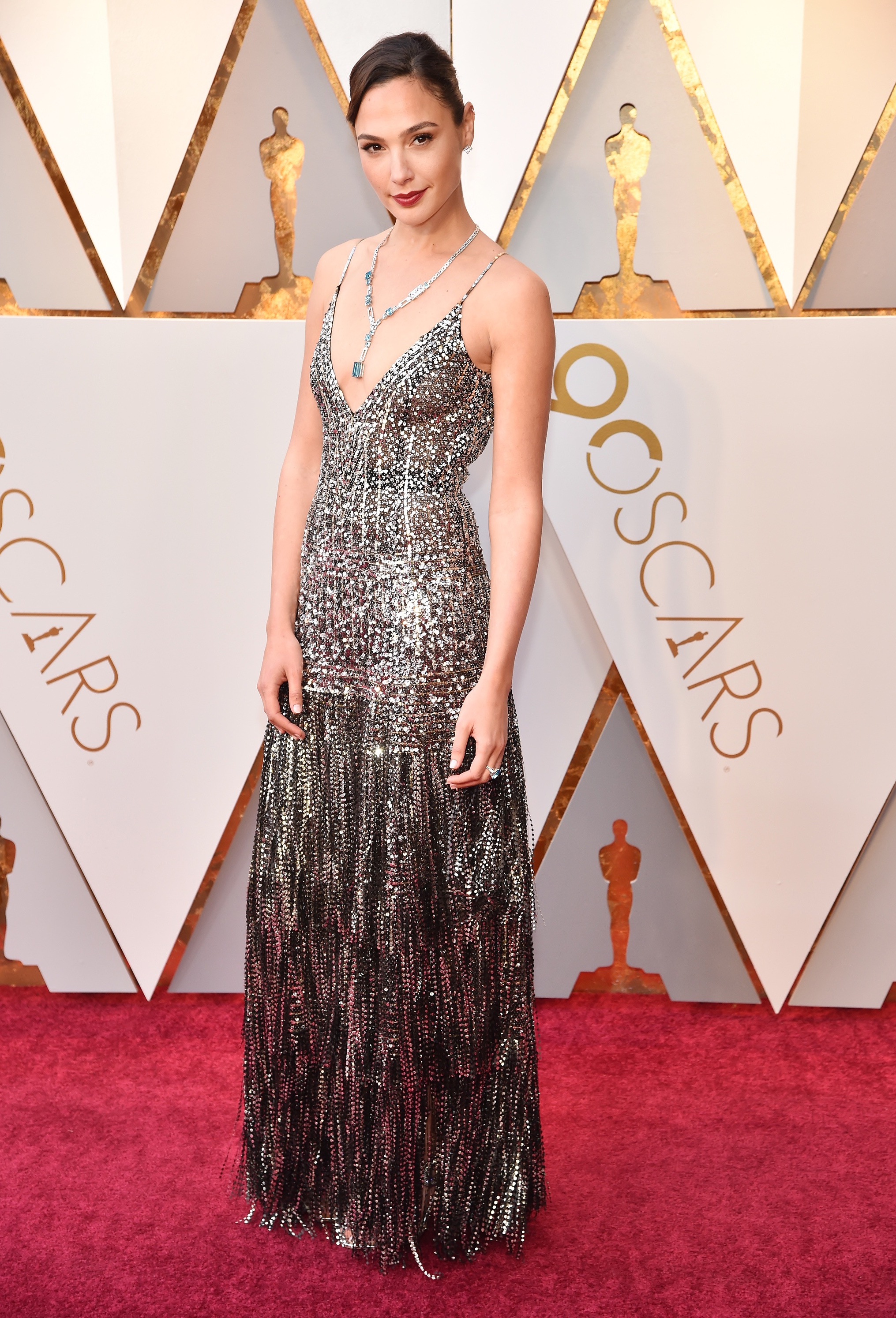 Wonder Woman superstar Gal Gadot was the epitome of glamour in her custom Givenchy gown paired with the first pieces from the 2018 Tiffany Blue Book Collection, which included diamond earrings and a diamond-aquamarine ring. But the pièce de résistance of her ensemble was undoubtedly her opulent long necklace from the same Tiffany & Co collection, which was mounted with aquamarines and over 1,000 diamonds before culminating in a massive 27-carat aquamarine pendant. Dressed to the nines in sparkling jewellery, power couple Camila Alves and Matthew McConaughey took the red carpet by storm. Alves donned a gorgeous necklace from Chopard’s Temptations Collection, which was composed of rubies, amethysts, rubellites, and diamonds. She also had on L’Heure Du Diamant Collection rings encrusted with rubies and diamonds. Meanwhile, McConaughey wore Bvlgari white gold cufflinks adorned with diamonds, along with an Octo Roma Watch with a black polished lacquered dial. 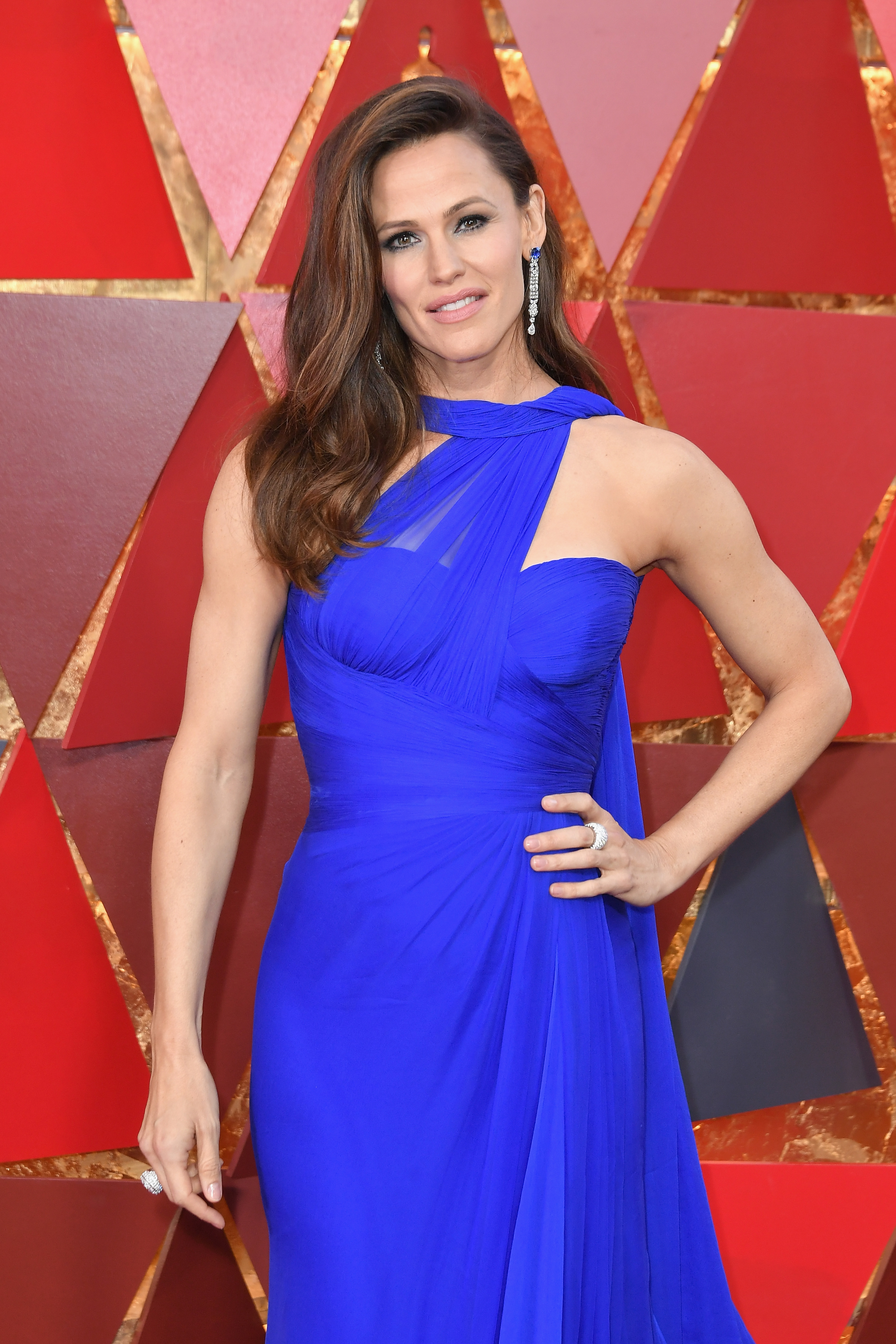 Actress Jennifer Garner hit the red carpet in a striking cobalt blue gown paired with a glittering assortment of Piaget jewellery. These included the brand’s Sunny Side of Life 18k white gold earrings (which featured a cascade of cushion-cut blue sapphires and 66 diamonds), a Piaget Secrets & Lights blue sapphire and diamond ring, and a diamond-set Extremely Piaget Sunlight ring. 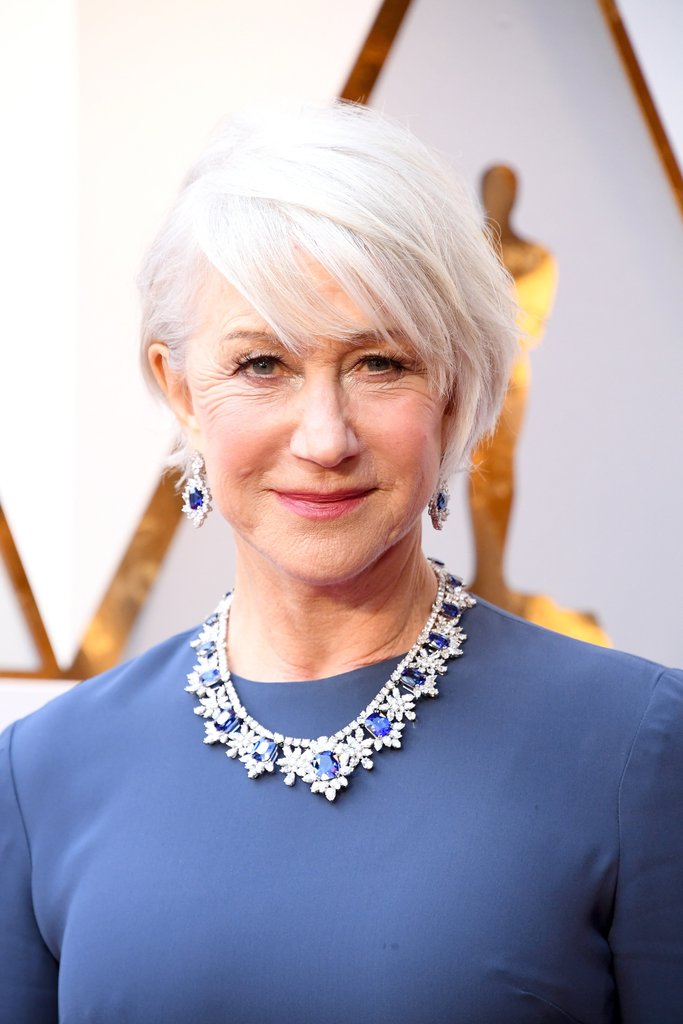 Also beautiful in blue was Dame Helen Mirren, who opted for a simple long-sleeved gown accented with some US$3.8 million (S$5.02 million) worth of Harry Winston jewels. A necklace of diamonds and cushion-cut sapphires encircled her neck, and was complemented by matching earrings and a 3.92-carat Winston Cluster diamond ring. 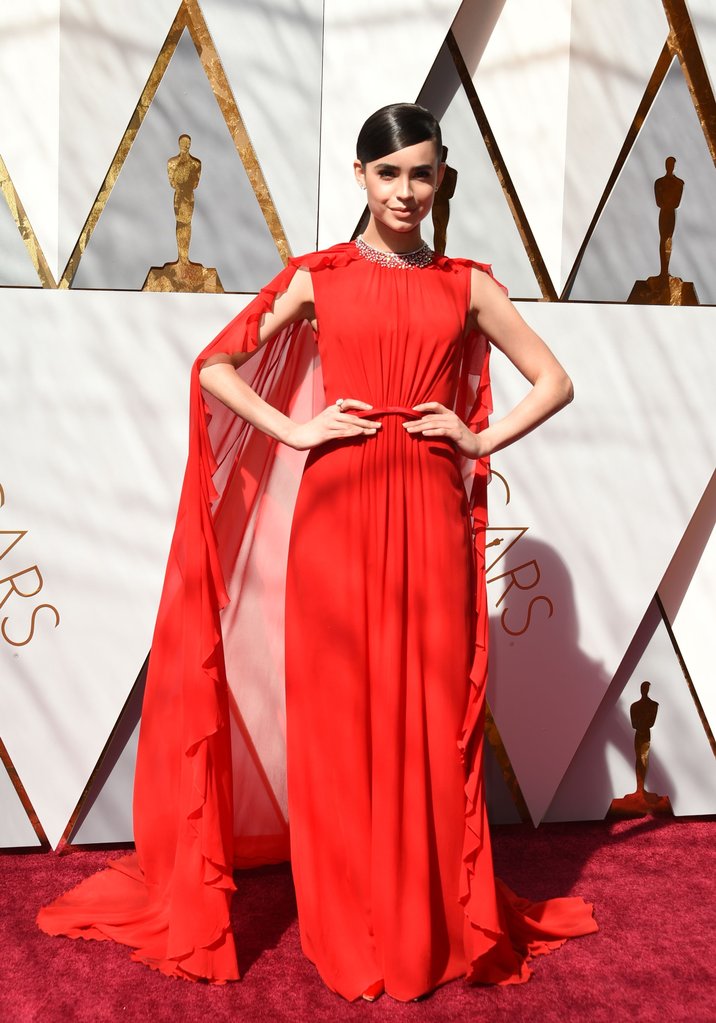 Actress Ashley Judd put a vintage spin on her ensemble by adorning it with a 1930 Bvlgari necklace set in platinum and crafted with two strands of diamonds, and a 1939 platinum and diamond bracelet. Complementing her simple but elegant wavy hairdo was a pair of Bvlgari High Jewellery diamond earrings fashioned in white gold and pavéd with 8.99 carats of diamonds. 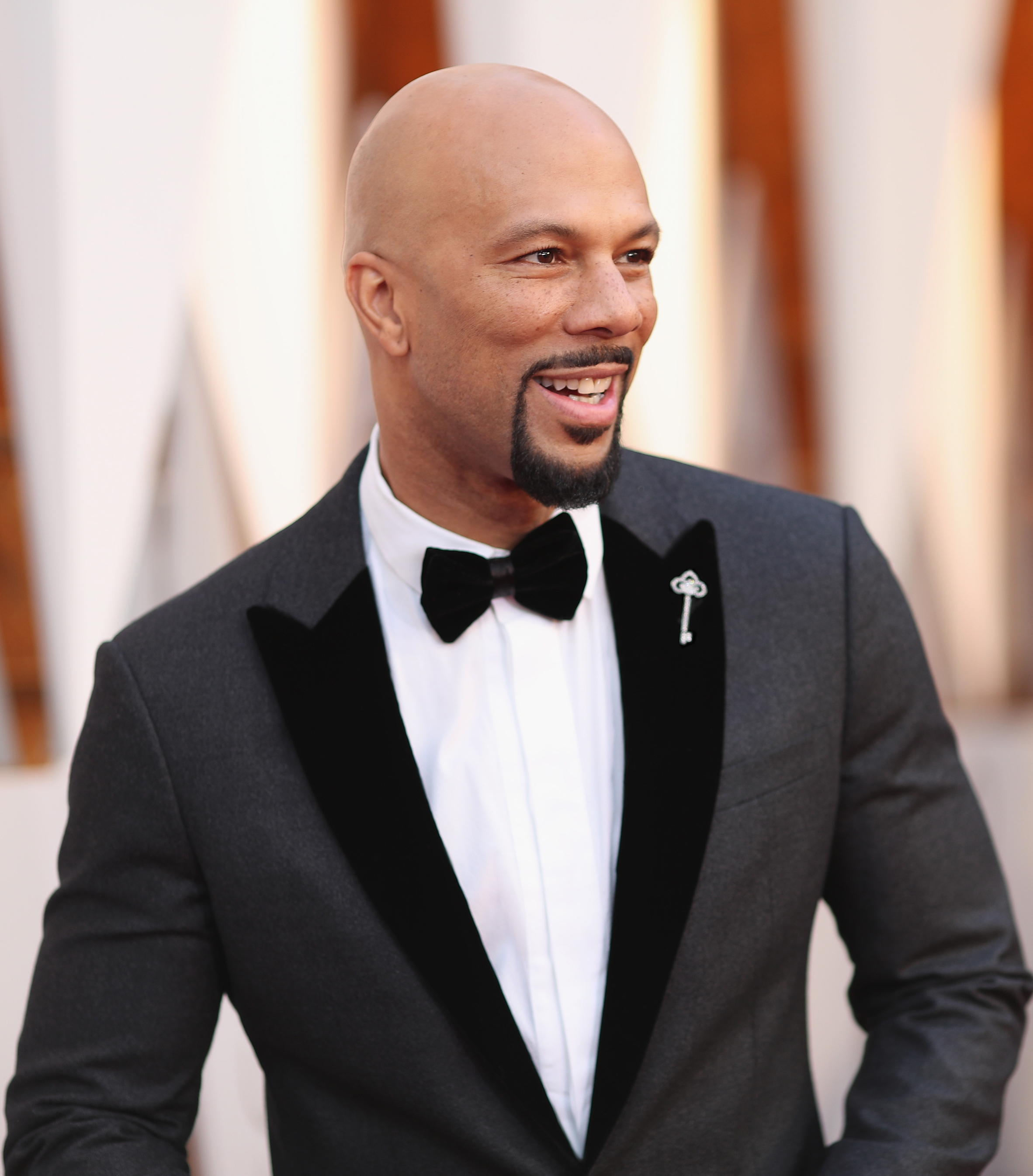 Hip hop artist Common, who performed at the show, added a quirky touch to his black tuxedo by pinning on a Tiffany Keys fleur de lis key-shaped pendant, which was set in platinum and encrusted with diamonds. He also wore the Tiffany CT60 3-Hand 40mm men’s watch in stainless steel. We can only aspire to look half as fabulous at 80 as Jane Fonda, who slayed the red carpet in her white Balmain number and scintillating Chopard jewels such as a pair of High Jewelry Collection white gold drop earrings festooned with a 10.03-carat pear-shaped diamond, an 8.07-carat pear-shaped diamond, 7.80-carats of diamond beads, and rose-cut diamonds. She also wore a L’Heure Du Diamant Collection ring crafted with 2.34 carats of diamonds.