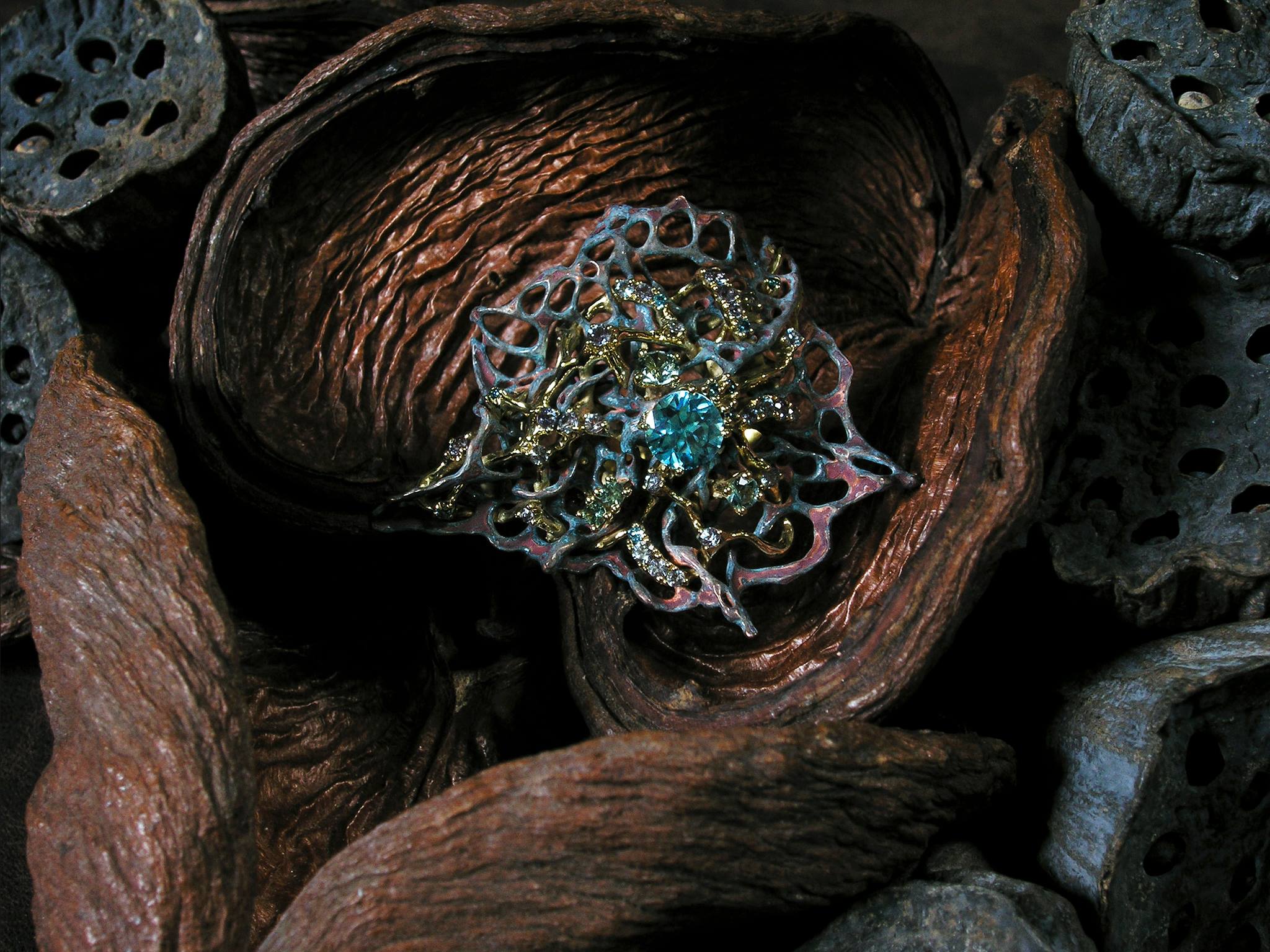 The under-the-radar jewellery brands you need to know

We’re only into the first quarter of the year, but the past few weeks have been particularly exciting for the world of jewellery. February alone saw a crop of glitzy fairs such as Doha Jewellery and Watches Exhibition (DJWE), Bangkok Gems and Jewelry Fair, and Artstar Jewels 2018 — which was held in conjunction with Milan Fashion Week.

This month’s highlights include the recently concluded Hong Kong International Jewellery Show, the ongoing TEFAF Maastricht (The European Fine Art Fair), which showcases antiques, art and high jewellery, and — of course — the upcoming Baselworld 2018. The latter takes place from 22 to 27 March, and is where big names the likes of Bulgari and Chopard will present their latest watches and jewels. The other jewellery fairs preceding it also boasted star-studded exhibitor lists, with prominent brands such as Wallace Chan, Van Cleef & Arpels and Mouawad displaying their designs at select shows.

But it wasn’t just these renowned jewellers that made waves at the past exhibitions. A number of up-and-coming, under-the-radar jewellery brands also impressed visitors with their innovative and gorgeous pieces, many of which were crafted using complex techniques and dressed in vivid gemstones. Think gold and metal fused together to form patterns, miniature sculptures of seagulls and flowers engraved into gemstones, and necklaces dripping in the rarest and most colourful rocks.

Several of these jewellers have attracted a loyal following, and some even boast celebrity clientele. But compared to the high jewellery giants dominating the scene, they aren’t exactly household names yet. Ranging from Turkish designer Sevan Bicacki to rising star Stanislav Drokin, these are the under-the-radar jewellery brands you need to be acquainted with, stat. 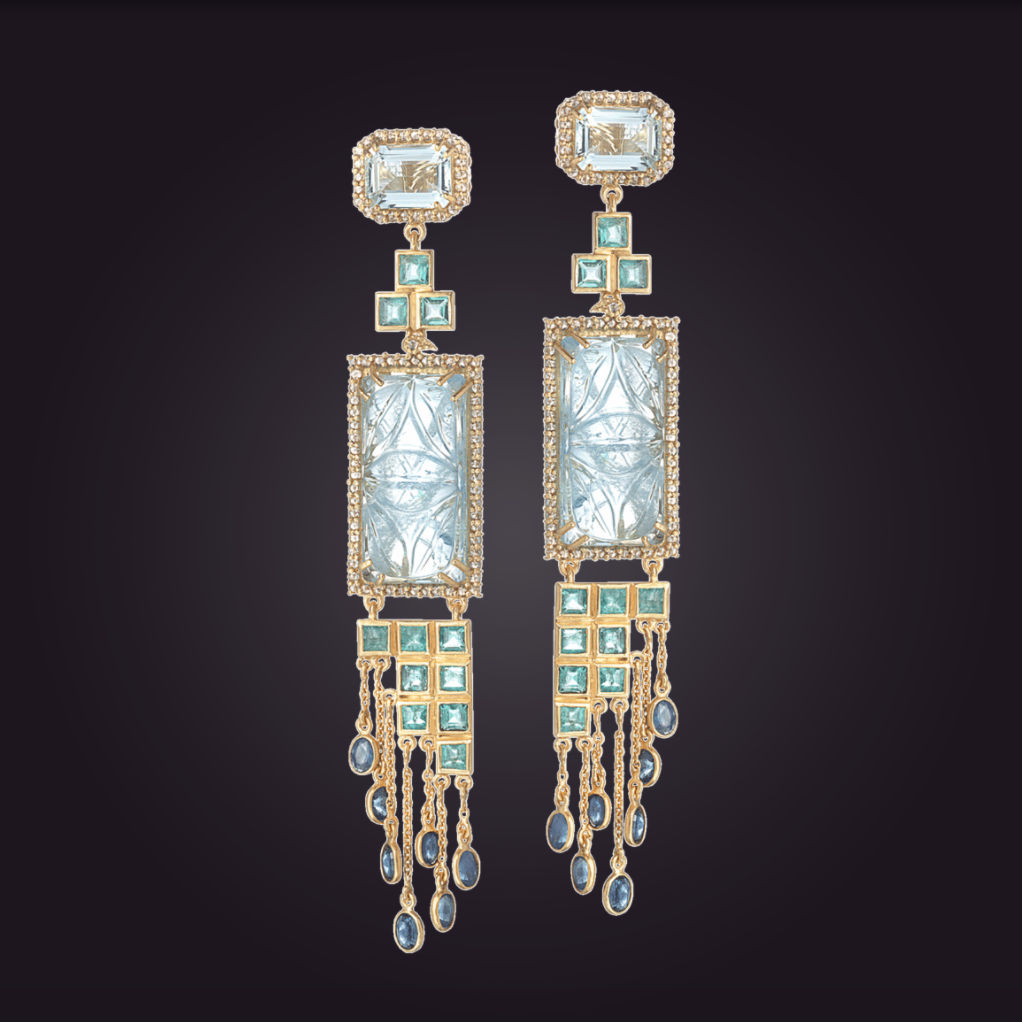 Run by Indian-born and New York-based jeweller Coomi Bhasin, Coomi specialises in striking, sculptural designs inspired by spirituality, archaeology and antiquity. Many of these are crafted in gold and adorned with coloured gemstones and motifs from ancient Egyptian and Roman mythology. Noteworthy designs include this pair of Affinity earrings, which feature bold geometric shapes mounted with diamonds and carved aquamarines and emeralds, and attached to dangling chains of oval-shaped blue sapphires. Celebrities such as Janelle Monae, Eva Mendes, Emily Blunt and Kesha have been spotted wearing Coomi’s jewels. 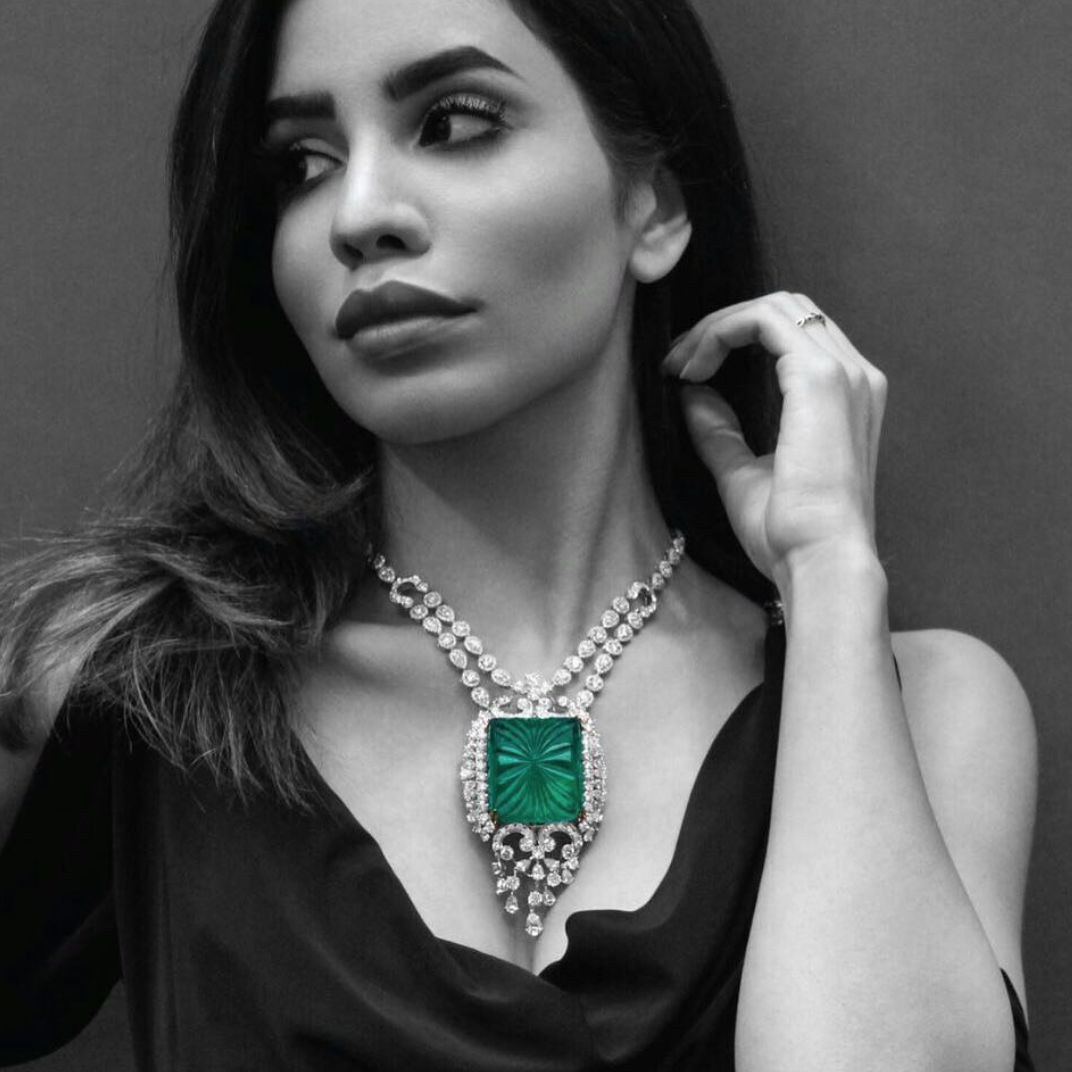 As its name suggests, this Taiwan-based company focuses on creating pieces that showcase rare and unusual gemstones. Its repertoire includes rings with opal and tourmaline, and a lavish necklace festooned with star sapphires and star rubies. Rare Gems left quite the lasting impression at the recently concluded Hong Kong International Jewellery Show, where it exhibited this necklace bedecked with an eye-popping, 312.18-carat carved Colombian emerald. Adding to the jewel’s splendour were some 46.24 carats of diamonds, which made up the length of the necklace and surrounded its massive central stone. 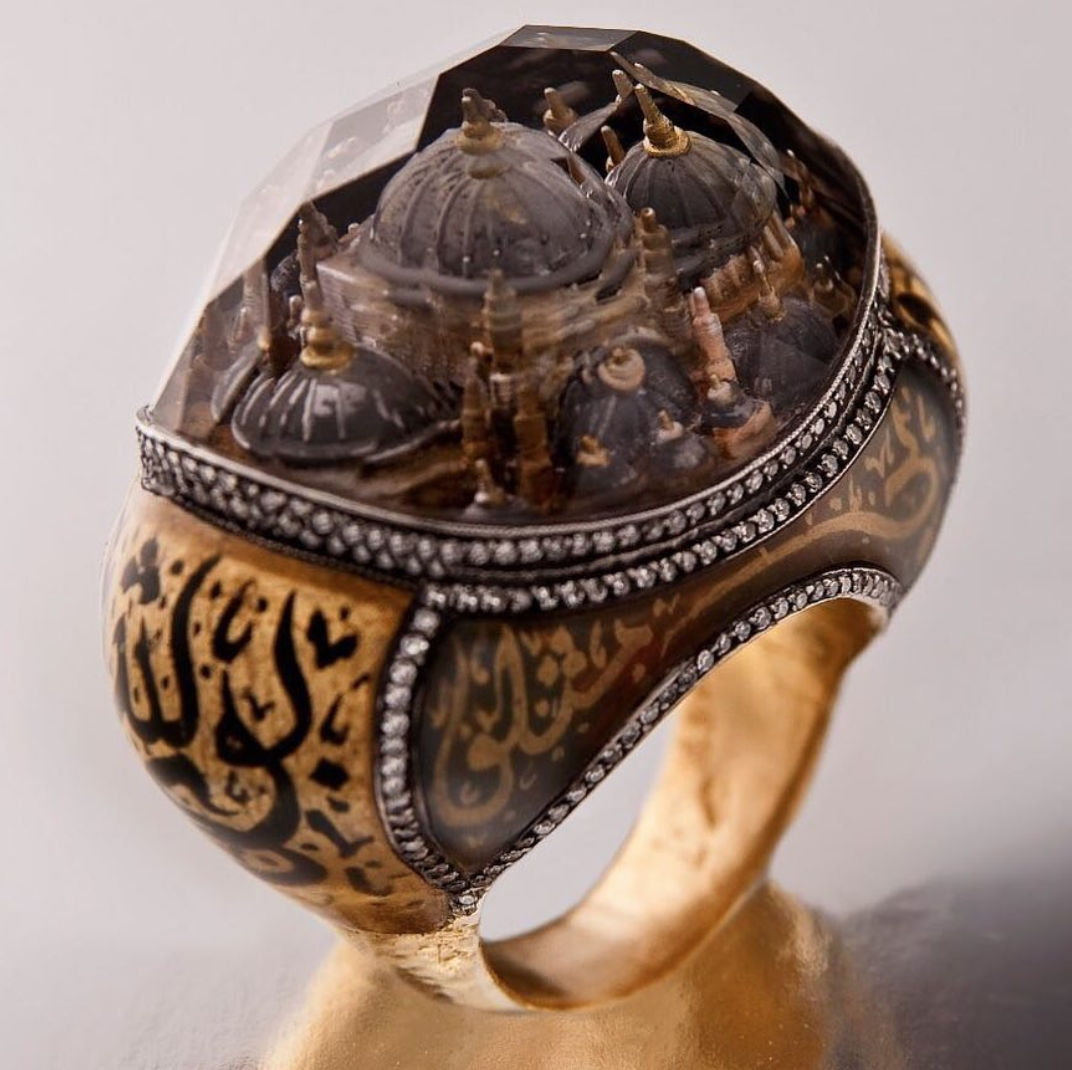 To say Sevan Bicakci has an eye for detail, would be an understatement. The Turkish jeweller is known for his elaborate designs that feature gemstones laid out in micro-mosaic patterns, and are embellished with mini sculptures of landmarks like Istanbul’s Hagia Sophia. The latter is created using a method called inverse intaglio, which sees Bicakci meticulously carving shapes of buildings, birds and flowers out of the undersides of gemstones. In a nod to his heritage, most of his jewels — which span earrings, rings and pendants — are incorporated with Byzantine influences. His creations were recently displayed at DJWE. 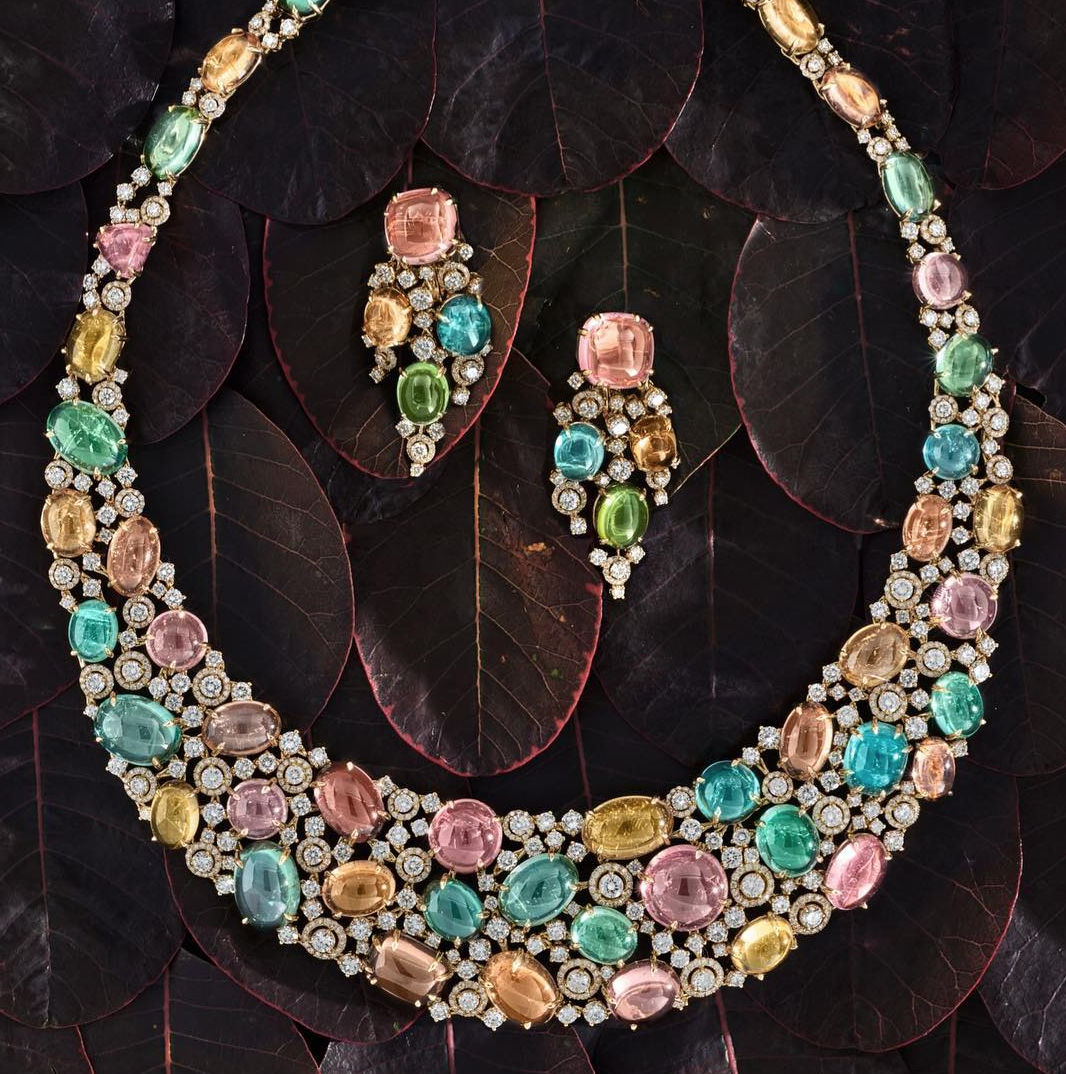 Founded in Beirut in 1860, Chatila Jewels is by no means a newcomer to the scene. It’s currently based in Geneva, Switzerland, and specialises in coloured and rare gemstones. Its repertoire includes red diamonds (which are known to be exceptionally hard to find), yellow diamonds, rubies, Colombian emeralds, and morganites. Pictured here is a bright and beautiful suite of a necklace and earrings crafted with over 263 carats of vividly hued tourmalines, interspersed with white diamonds. 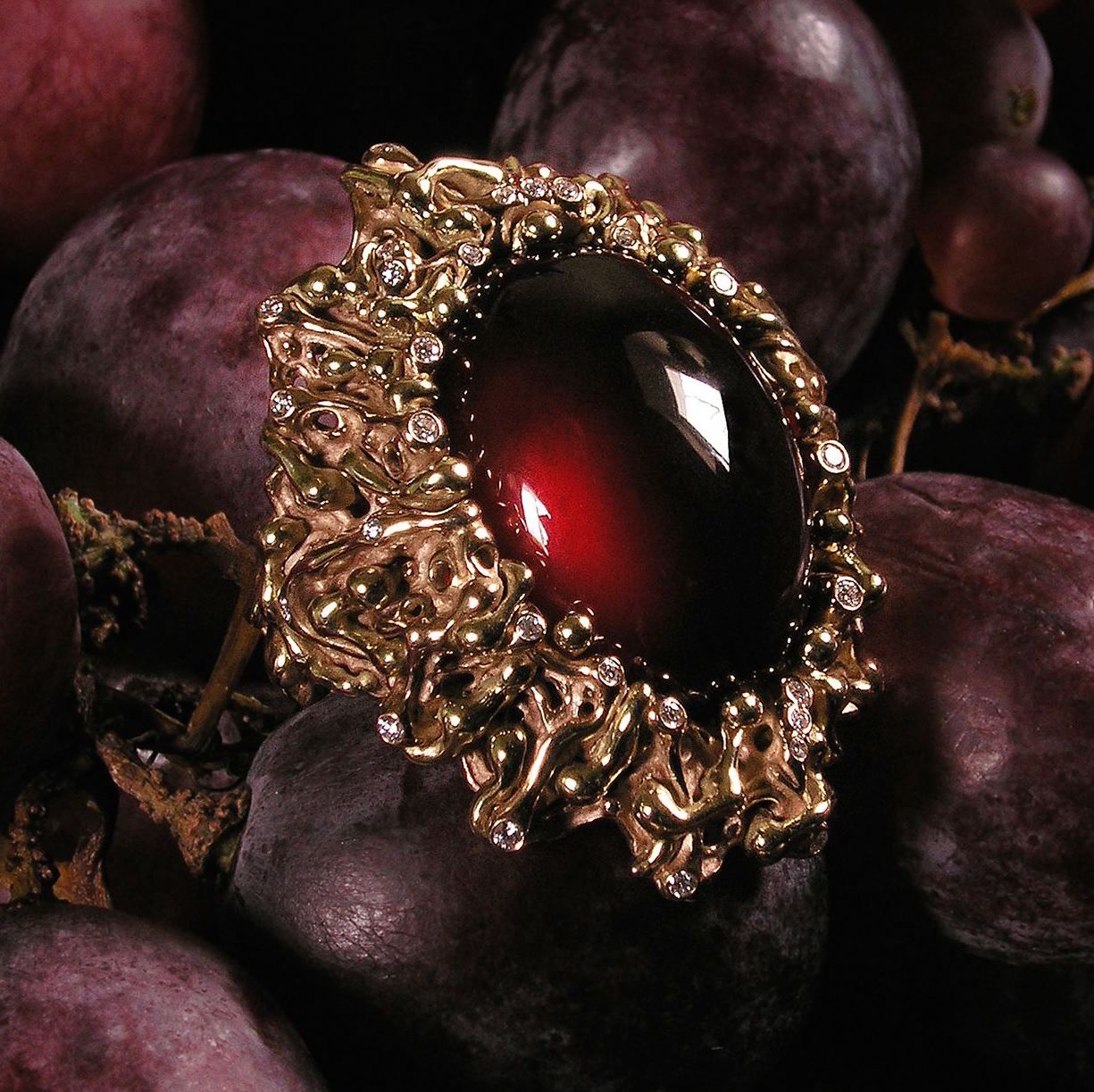 Ukrainian jeweller Stanislav Drokin’s avant-garde creations can be best described as works of art. Using a method called hybrid double casting, Drokin weaves different types of metals and gold together to form intricate shapes, before attaching gemstones such as opals, garnets and spinels. There is no soldering or welding during the process, and every jewel is one-of-a-kind. Some of his most breathtaking designs include Carménère (pictured), a pink and yellow gold ring set with a crimson garnet dusted with diamonds, and Two Rivers (see main image above) — where 18k yellow gold and patina copper are twisted together and adorned with stones such as blue diamonds, tourmalines, sapphires, zircons, and garnets that change colour from green to maroon depending on the lighting. 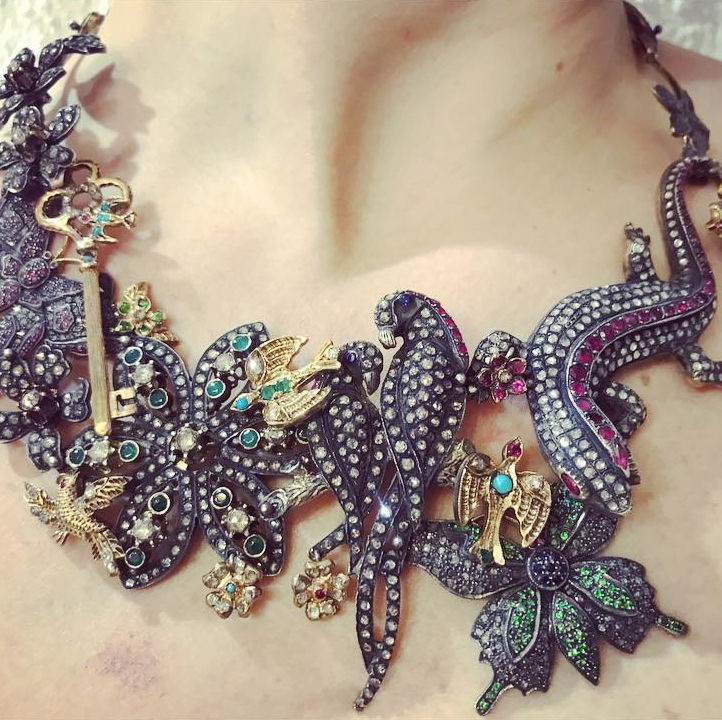 With its penchant for flamboyant and whimsical designs, Beirut-based L’atelier Nawbar is the go-to brand for those seeking to stand out from the crowd. Its repertoire includes bracelets and necklaces with enamel eye motifs, star and moon charms, and chunky stackable rings bedecked with giant cabochon stones and completely paved with gemstones like black diamonds, rubies and emeralds. The jeweller does bespoke pieces too, such as this quirky garden-inspired necklace composed of lizard, bird, butterfly and flower motifs studded with diamonds.