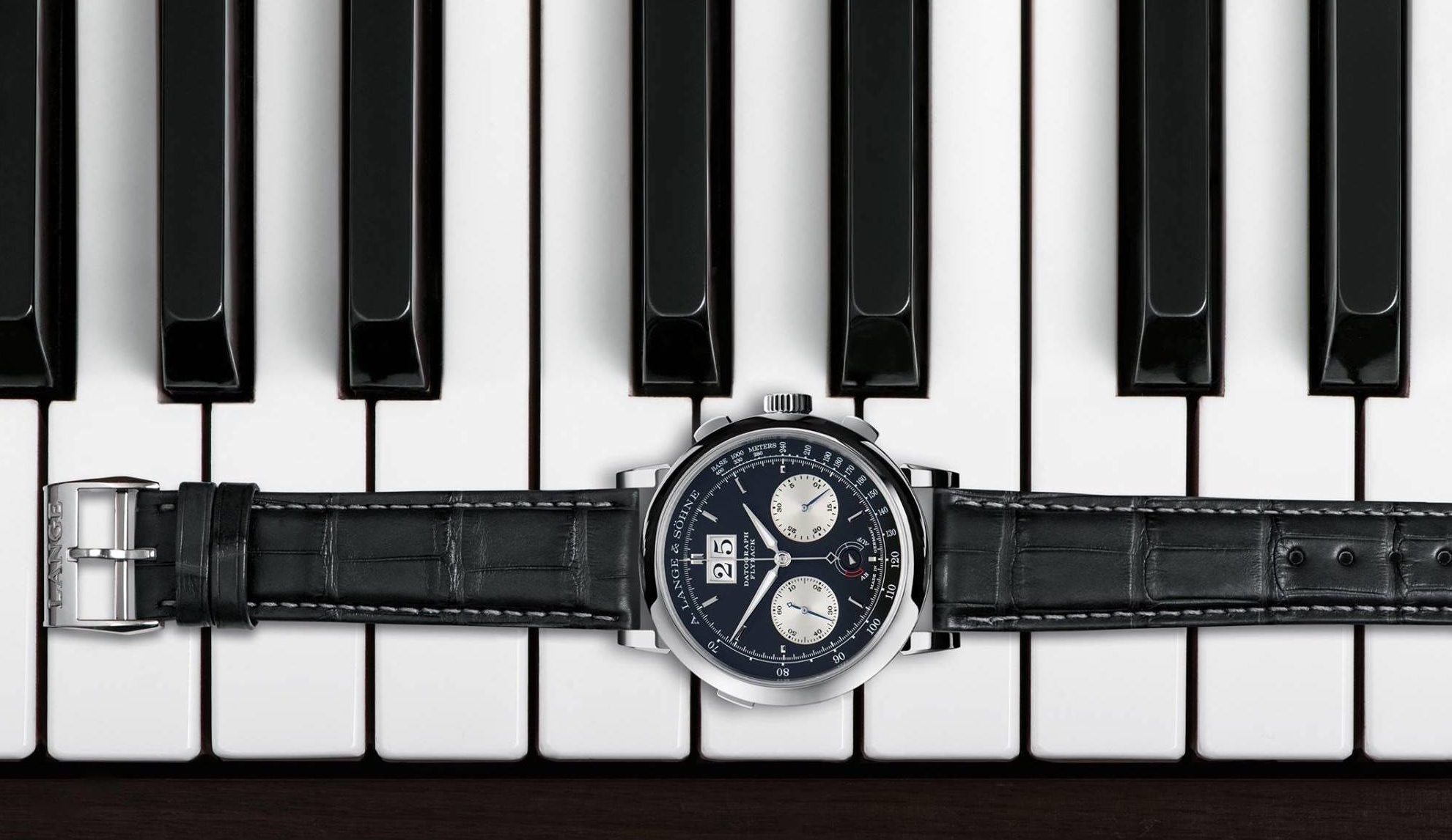 5 German watchmakers you need to know about

There’s no denying that when we talk about great timepieces, we’re talking about an elite clique of clockwork that hails from a small country by the name of Switzerland. Many, many of the greatest watchmakers of our time come from Switzerland. Many are founded in Switzerland. And many have relocated to Switzerland to host their manufacture, produce their movements, or simply give their branding a certain je ne sais quois.

After all, je ne sais quois is kind of a big deal when it comes to luxury watchmaking. Beyond technical excellence and innovative design, it is what sets apart the average tick and tock from the tourbillon of the key players. History, heritage, and homeland are really important; and up until recently ‘homeland’ had to be synonymous with ‘Switzerland’ to really matter.

But times are changing. Be it through word of mouth or ‘gram of wrist, watchmakers hailing from many other countries are finally getting the recognition they deserve, and proving that a watch need not always be Swiss-made to be well-made.

Though it isn’t a far trek nor climb from Switzerland, German watchmakers are definitely up there amongst the most impressive ones to watch, drawing on the innate German love and skill for technical engineering, and clean-cut, balanced design. Much like their neighbours, German watchmakers are known to produce their own pieces to assemble within their watches, priding themselves in high quality, unique innovation, and unparalleled craftsmanship. Intriguingly, many – if not most – are concentrated around the Eastern state of Saxony, in a small village named Glashütte.

And indeed, where Switzerland was once the geographical destination you had to be if you wanted to cause furore in the world of watch, little Glashütte is giving the country a real run for its money. The town has a fierce foot in the door at the likes of SIHH and Baselworld, and is knocking down the outdated preference watch lovers previously only had for the Swiss. Here, we’ve put together a list of German watchmakers you need to know about if you want to stay ahead of the trend. Some hailing from Glashütte, some born in other parts of the central European country, all very, very imposing. You can Dankeschön us later.

The Godfather: A. Lange & Söhne

Ask even the lesser initiated watch aficionado to name a German watch brand, and it is likely A.Lange & Söhne will be the first that comes to mind. One of the oldest watchmakers not only in Germany but also the world, A.Lange & Söhne was arguably the first manufacturer to really bring luxury watchmaking to the country, and elevate its reputation to international levels. Founded in the small town of Glashütte by Ferdinand Adolph Lange and his sons Richard and Emil almost two centuries ago, the company started by making pocket watches, growing to build pilot’s watches during the Second World War, and evolving to make wrist watches as trends changed soon thereafter. Today, A.Lange & Söhne’s timepieces are noted for their precision, top-quality functionality, and classic designs. They are highly sought-after by collectors, forever timeless to sport, and the quintessential German pride on the haute horology world stage.

On a similar journey to A.Lange & Söhne, Glashütte Original hails from the same small village in Saxony, with a heritage that dates back over 170 years. However, unlike A.Lange & Söhne, Glashütte Original is a relatively new name. The company arose under its now infamous moniker after the unification of German in 1990, as a successor to being what was formerly the VEB Glashütter Uhrenbetriebe (GUB), founded after the Second World War. Nevertheless, Glashütte Original today is as prominent a name as the town itself. The German watchmaker prides itself in many notable patents — impressively including the panoramic date display and gooseneck fine tuning – and is often acknowledged for its technical and aesthetic skill. Furthermore, the brand has an artistic flair for the past, and is one of the few watch companies that still makes its movements in-house.

Embracing a uniquely German school of design, NOMOS Glashütte is one of the younger German brands to really keep an admiring eye out for. Taking Bauhaus elements and giving them a home in fine watchmaking, the company was founded mere months after the fall of the Berlin wall in 1990 by Roland Schwertner in a three-bedroom apartment in Glashütte. Nevertheless, NOMOS today has risen to become a serious key player in the world of clean, minimalist, no-fluff watches. They’re relatively affordable compared to the other Glashütte Greats, balancing highly distinguished aesthetics and top-quality craftsmanship with a warm, friendly personality. NOMOS too makes its movements in-house, and is now actually the largest producer of mechanical watches in all of Germany. You wouldn’t suspect it from their friendly face; but it’s proof great things can come in small, minimalist packages, too.

Though most commonly noted for its sky-scraping banks and airport, few know that the city of Frankfurt is the home of a noted German watchmaker, too. Founded by Helmut Sinn, the eponymous Sinn watch company saw its beginnings when the professional pilot realised that only a few timepieces on the market actually met the demands of his work. This prompted Sinn to created watches that were highly durable, deeply reliable, and extremely technical. Starting with pilot’s watches and navigational clocks, Sinn took the very German (and very Frankfurt) approach to watchmaking, wherein design takes to function before form. The watches became so renowned that even the German Federal Police began to employ them, proving their worth in extreme situations. Cut to the present day, and Sinn timepieces are now noted not only for their technical ability, but for their design too. True to its roots, there is even a special collection dedicated to the Frankfurt Financial District.

Where Münster was once a town most prominently known for being a fab location to cycle, MeisterSinger quickly gave the Western German town a new ring when its watches gained the attention of timepiece enthusiasts around Europe, and gradually more, the world. Founded by self-taught jeweller Manfred Brassler in 2001, the young watch company raises intrigue with the use of a single hand on its dials, often noted for being charmingly reminiscent of a barometer. Though the company was founded with a vision to merely make instruments that measure time, they have evolved to win numerous design accolades, most commonly noted for their ‘relaxed perception of time.’ Where relaxation never rang stereotypical bells for the Germans, we’re taking a page from this book and applauding them for challenging not only design but also industry (Swiss) status quo.

Stylistic signatures: single numerals are prefixed with a 0 for symmetry, all watches feature a single hand
Noteworthy models: Classic Plus Lunascope and Classic No.01

This article first appeared on Lifestyle Asia Bangkok on 5 April 2019.

Watches Luxury Watches A. Lange & Sohne NOMOS Glashütte Glashütte Original German Watchmaker German Watch Brand MeisterSinger Sinn Spezialuhren
Lisa Gries
Managing Editor, Bangkok
Lisa loves to travel, and is always on the lookout for the world’s best nap spots. She’s a serious Asian art history nerd, and has a knack for languages and coffee table books. She hopes to publish her own novels one day, one of which will likely be called ‘All The Great Conversations I Had In A Bangkok Speakeasy.’ It’s a work in progress.
Travel Drinks Watches Jewellery

Style
Siam Magical Moments
Culture
Our theme for April 2020 is an ode to the arts
Culture
30 things to do to kill quarantine boredom
Food & Drink
Quarantine in style with these fine-dining food deliveries
Living
Our Good Life Guide to Staying In
Style
Swimwear trends for the summer are all about nostalgia and sustainability
Style
Bottega Veneta launches weekly art, food, and film itineraries for self-isolators with style
Beauty & Grooming
The 5 most influential men’s fragrances in history
Food & Drink
Put down the cocktail for a sec and make these immunity-boosting drinks instead
Food & Drink
One-pot wonder recipes for a fuss-free lunch, dinner, and even dessert
Sign up for our newsletters to have the latest stories delivered straight to your inbox every week.