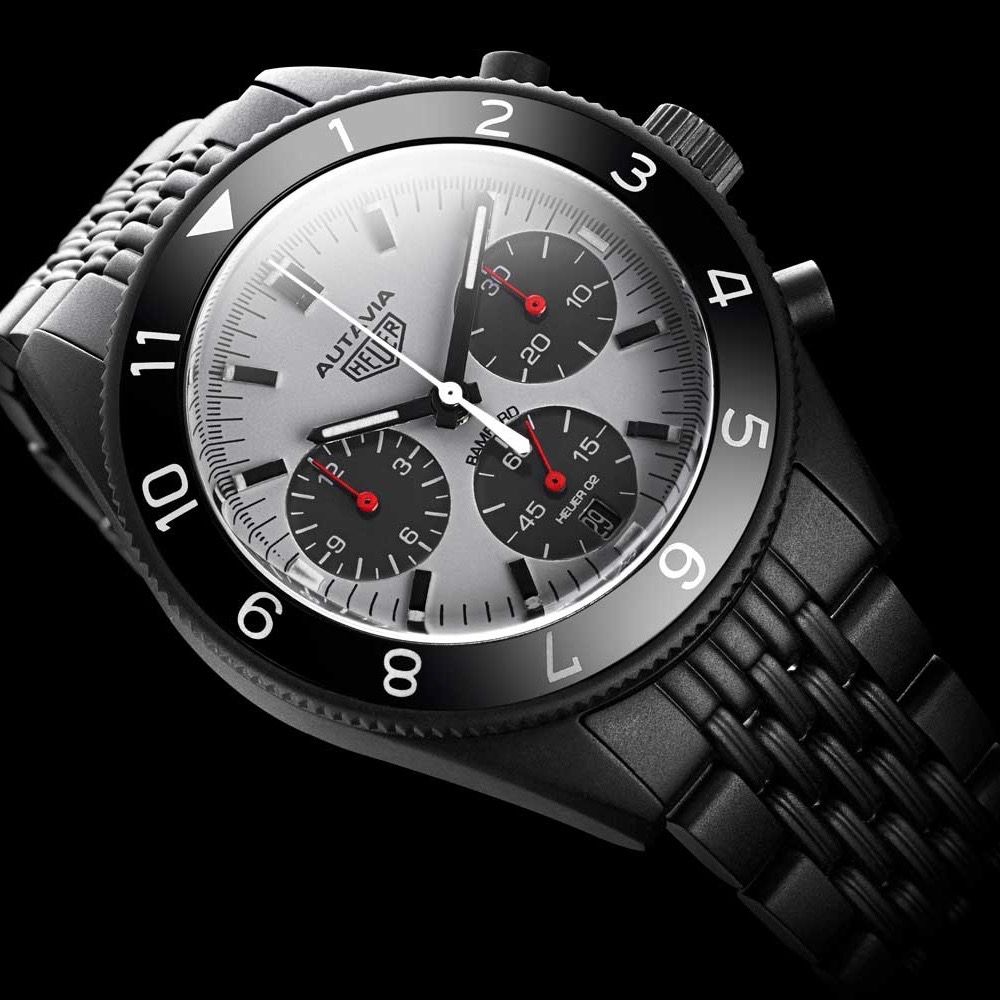 7 customisable watch brands that take exclusivity to the next level

When you have a decent load of cash to burn, even the most exclusive of things can seem unappealing after a while, and that’s when only that “one-of-a-kind” status would cut it. Just as well, because there’s never been such a variety of choice in the watch industry than now. The rise of customisable watch brands is testament to that.

A timepiece is inarguably one of the most personal possessions you can own. Often purchased to mark a special occasion such as a milestone, birth, or even a token of gratitude, there’s nothing like a personalised piece to immortalise that ephemeral moment. Though the trend started off by simply offering varying watch straps, the possibilities opened up as soon as early artisan watchmakers found a demand for simple engravings and then intricate miniature dial paintings. Soon, clients even began asking for specific complications in the movement.

Today, customisable watch brands include esteemed names such as Patek Philippe and Jaeger-LeCoultre, as well as more niche ones such as Brüggler. Even TAG Heuer had just jumped on the bandwagon by roping in bespoke watch specialists Bamford Watch Department to oversee their customers’ growing drive for individuality.

There are few things that excite people more than the ability to create something that reflects their personality. Here, we bring you seven customisable watch brands that would surely satisfy even the fussiest of clients. 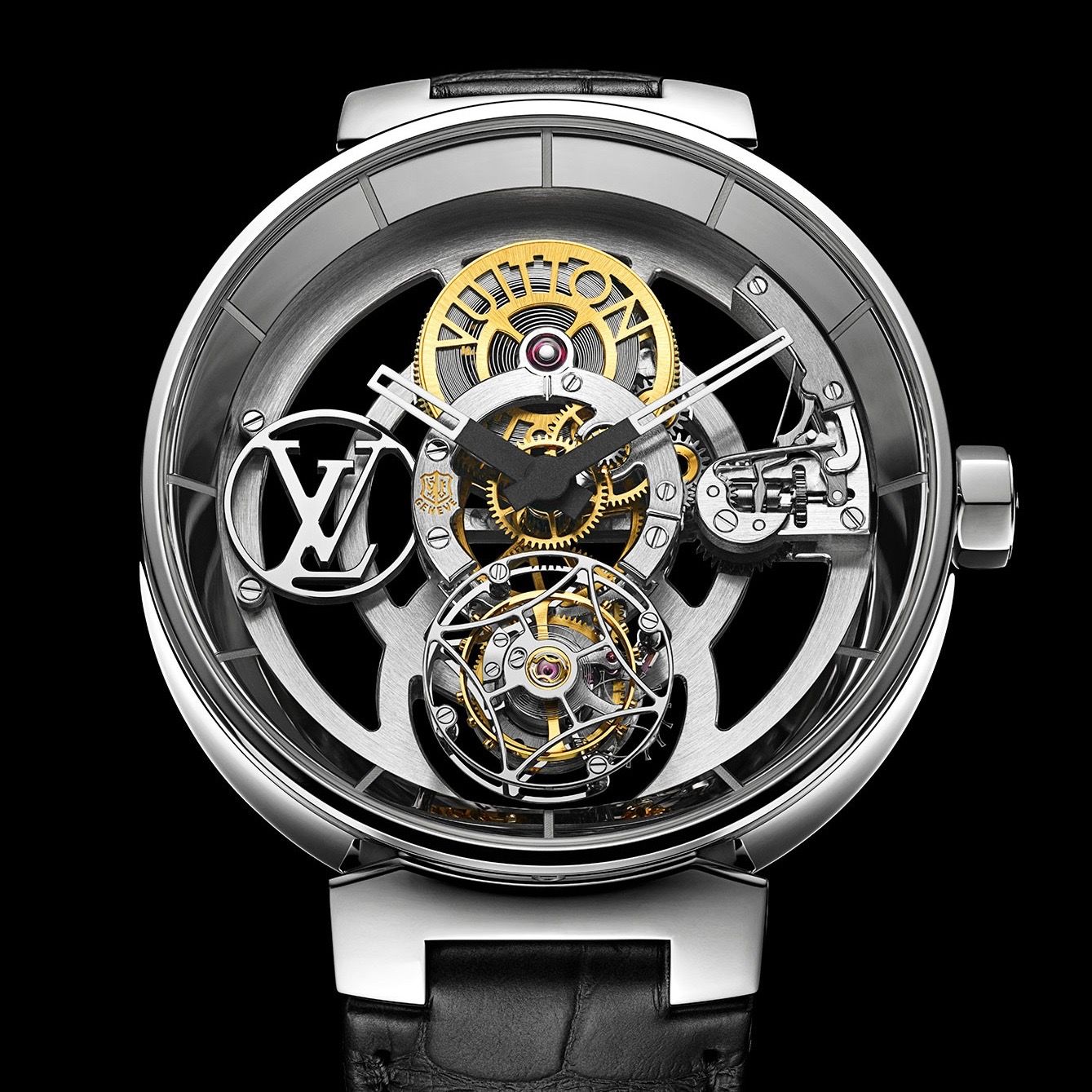 Not surprising — coming from a brand whose storied history stems from producing luxuriously monogrammed trunks. The Tambour Moon Flying Tourbillon “Poinçon de Genève” watch is a skeletonised piece that shows all, including the in-house manufactured LV97 manually-wound movement and a one-minute flying tourbillon at 6 o’clock. Like its luggage, you can make this watch truly one-of-a-kind by replacing the famous LV logo at 9 o’clock with your very own monogram, thanks to a personalisation service by the Maison. 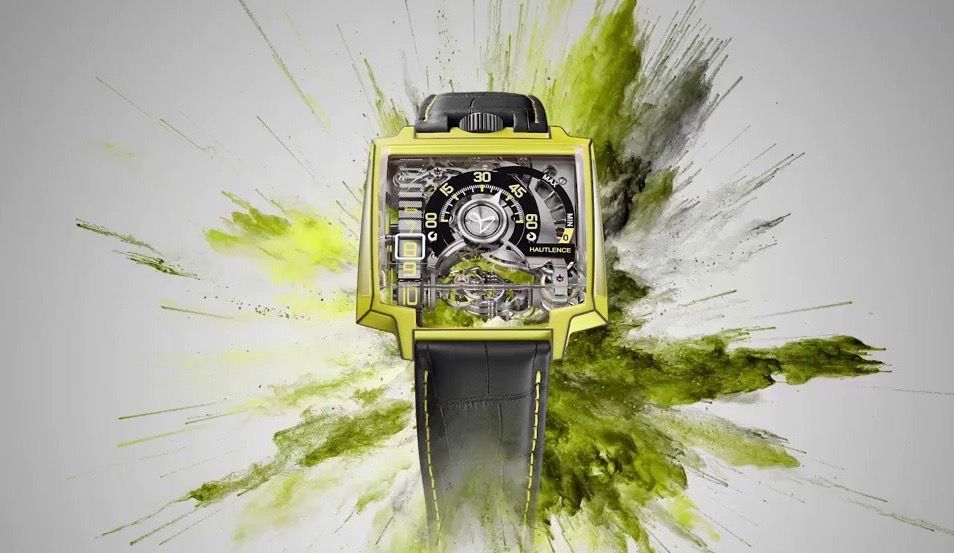 Hautlence is no stranger to unorthodox timepieces, and they’re not about to cramp your style either. Going beyond the usual engraving services, the Vortex Gamma allows you adorn its emblematic faceted three-dimensional case with any two colours from the Pantone chart. Made from an aerospace- and automotive-borrowed material, HLLightColor, the revolutionary case is four times lighter than titanium, but has the same properties as conventional watch industry metals. Of course, the Vortex Gamma is a highly limited edition piece with only eight pieces worldwide, so better hurry if you want a super watch to match that supercar. 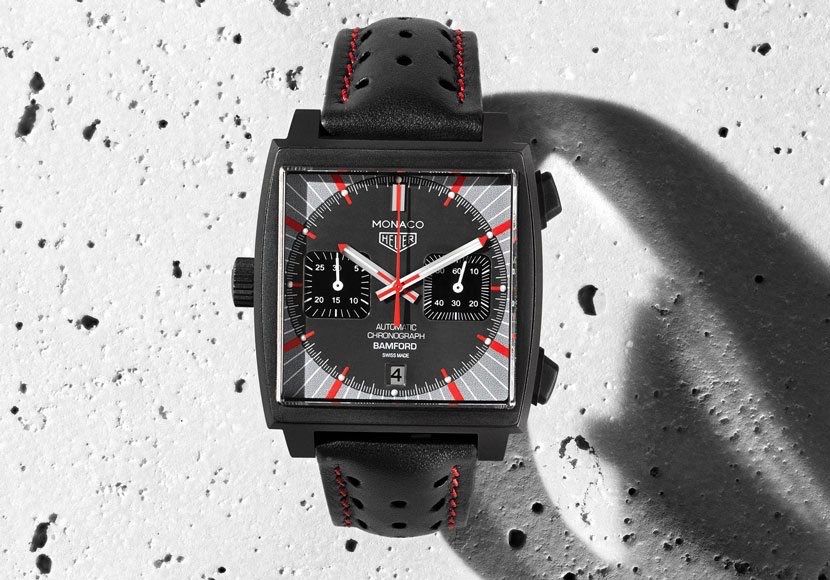 Once viewed as heresy by watch purists, the rebellious Bamford Watch Department has come a long way with its uncanny ability in turning purist pieces into punky one-offs, because it’s now been christened the official customisation partner of TAG Heuer and Zenith. The Mayfair-based firm will now offer souped-up renditions of Heuer’s most popular pieces, including the square Monaco, round Carrera, and relaunched Autavia. Hit up the brand’s services via TAG Heuer if you want to transform yours with its signature high-tech carbon black coatings and colourful accents. 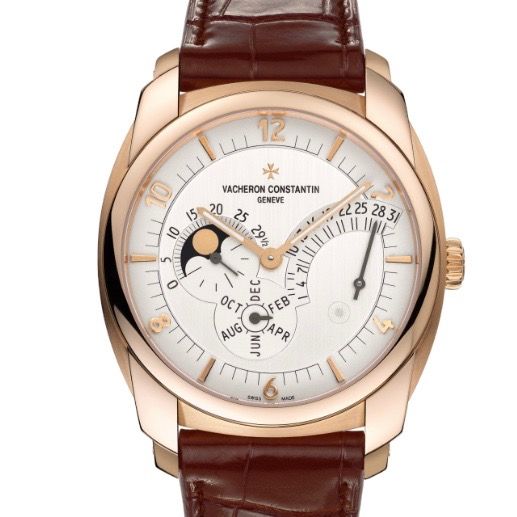 Vacheron Constantin first dipped its toes into the world of customisation back in 2008 with the Quai de l’Île, a wristwatch that allowed buyers to choose between metals uncommonly used by the firm, as well as the ability to personalise the watch with more than 700 possible combinations. Everything from the bezel and the case back to the strap, dial and movement could be made to exact specifications. Three metals — palladium, titanium and pink gold — are on the options list here, as well as three different automatic movements — day-date and power reserve, automatic with date, and retrograde annual calendar. The personalisation continues at the case back, where engravings are also possible. 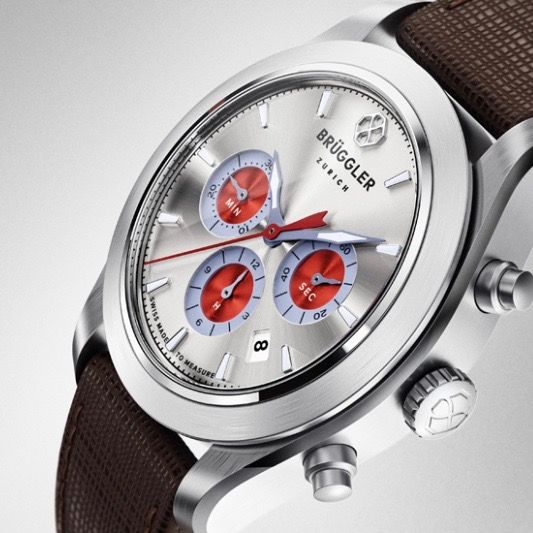 Brüggler is dead serious about customisation here. After all, it’s a concept the luxury brand is centered around. Launched just last year and on sale at Harrods and online, the new luxury watch brand offers almost infinite customisation possibilities (258 nonillion, to be exact — that’s 30 zeros at the back). Eight watch lines form the general aesthetic base of their bespoke luxury chronographs, after which you can go wild with the excessive material, colour, gemstone and bracelet choices available. Despite all that, the best part is you don’t have to wait forever to get yours — the steel designs are completed as quickly as six weeks, while the precious metal and titanium ones will take about six months. You’ll never see the someone else with the same watch in a few lifetimes. 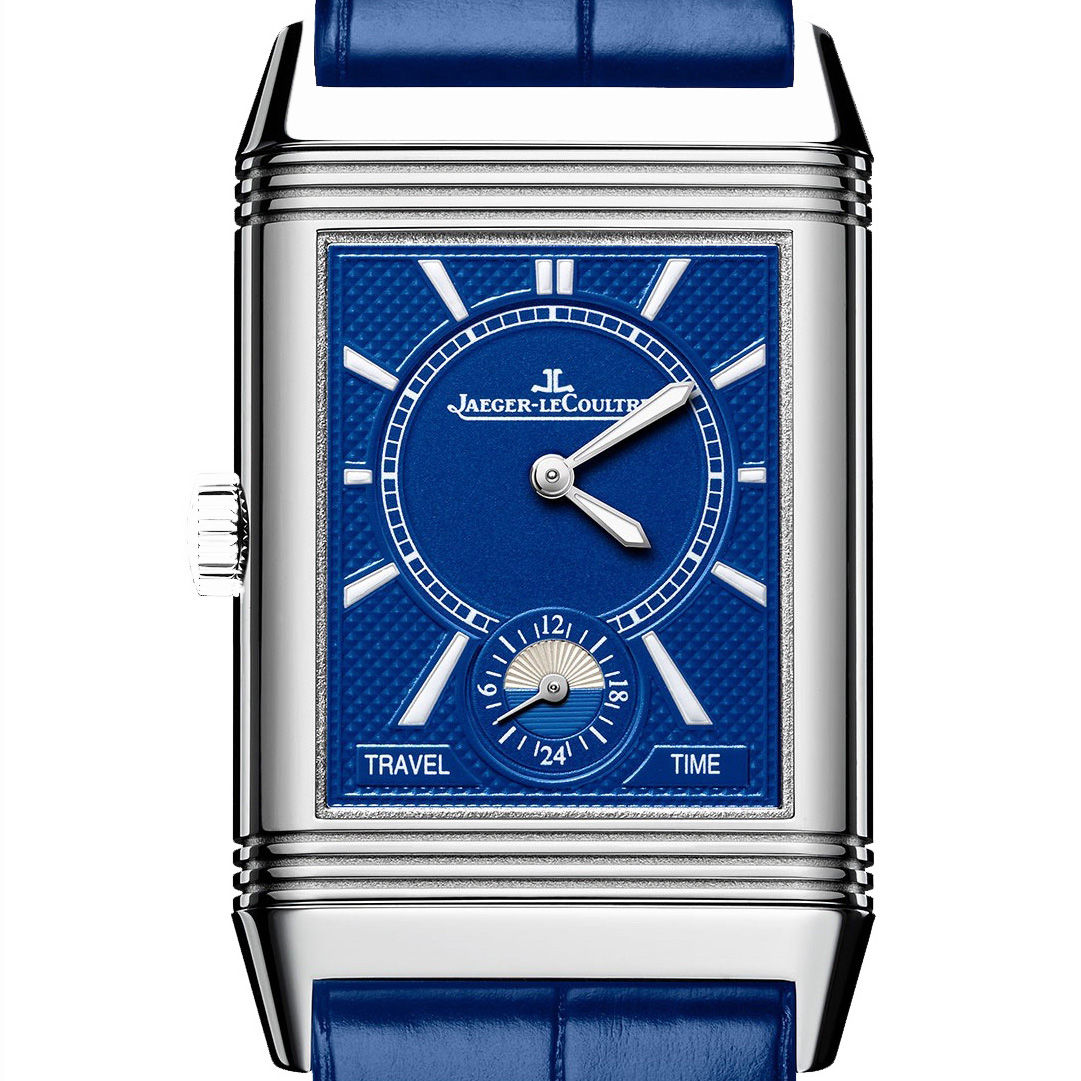 The Reverso has always been a watch well suited for personalisation. Made with a pivoting case that protected the dial side of the watch to prevent it from breaking during polo games, the iconic timepiece from Jaeger-LeCoultre started off with engravings on its caseback. The Swiss brand then kicked it up a notch with the Atelier, where a rich library of design options such as dial variations and hundred of straps can be ordered via a touchscreen at selected flagship stores. On limited editions of the Reverso Classic Duetto model, hour-markers and dial centres can also be gem-set. 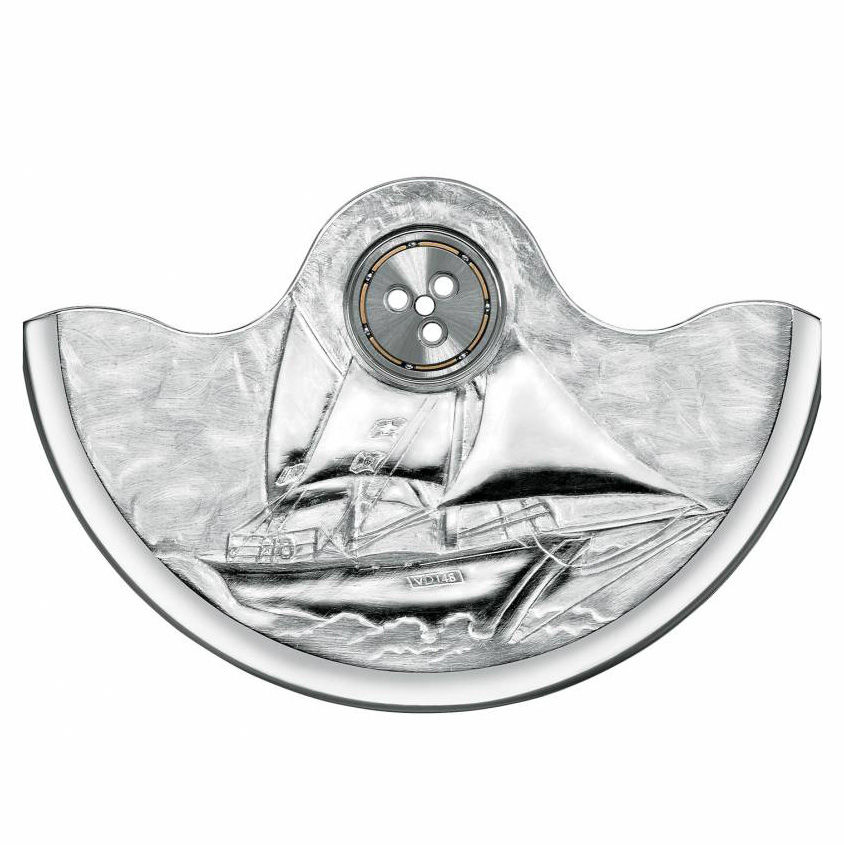