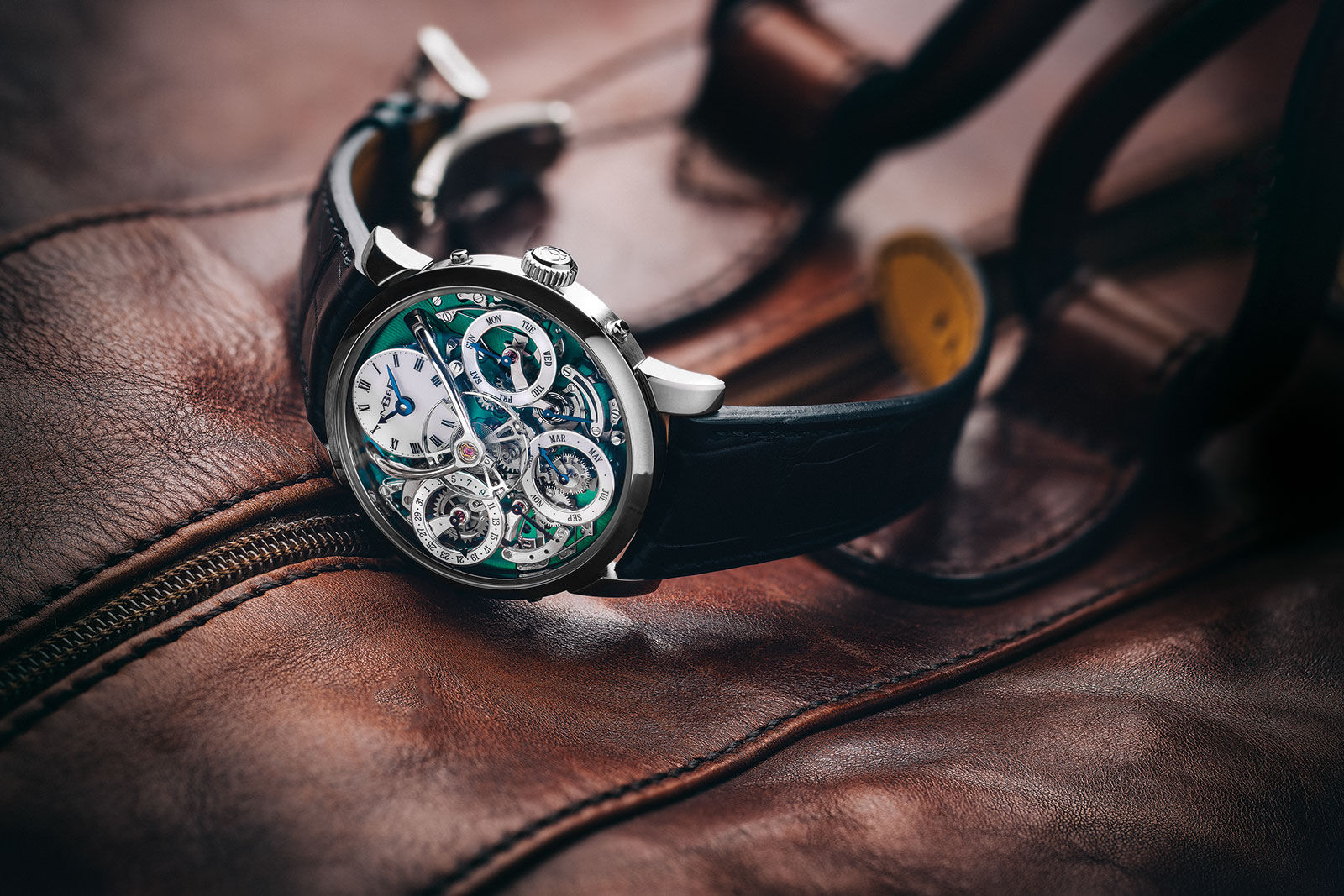 Baselworld 2018: 8 best watches to start placing your orders for now

Style
Baselworld 2018: 8 best watches to start placing your orders for now
Share this article
Next article

Baselworld has been recognised to be the most important annual event for the watch industry, and come spring, Switzerland’s Messe Basel becomes a playground to both established and aspiring manufacturers to showcase their creations. Baselworld 2018 isn’t an exception, and while the show this year is shorter and smaller, the quality of its offerings haven’t declined.

Running from 22 — 27 March, the 600-plus exhibitors (down from 1,300 previously) at Baselworld 2018 will introduce major novelties that will either serve to build on their brand heritage, or challenge boundaries. Now that we’re two weeks away, the massive event is only slightly shadowed by the news of pre-launches, which have already garnered a good amount of buzz.

Before the event kicks off in full force, here are the watches you need to keep an eye out for. 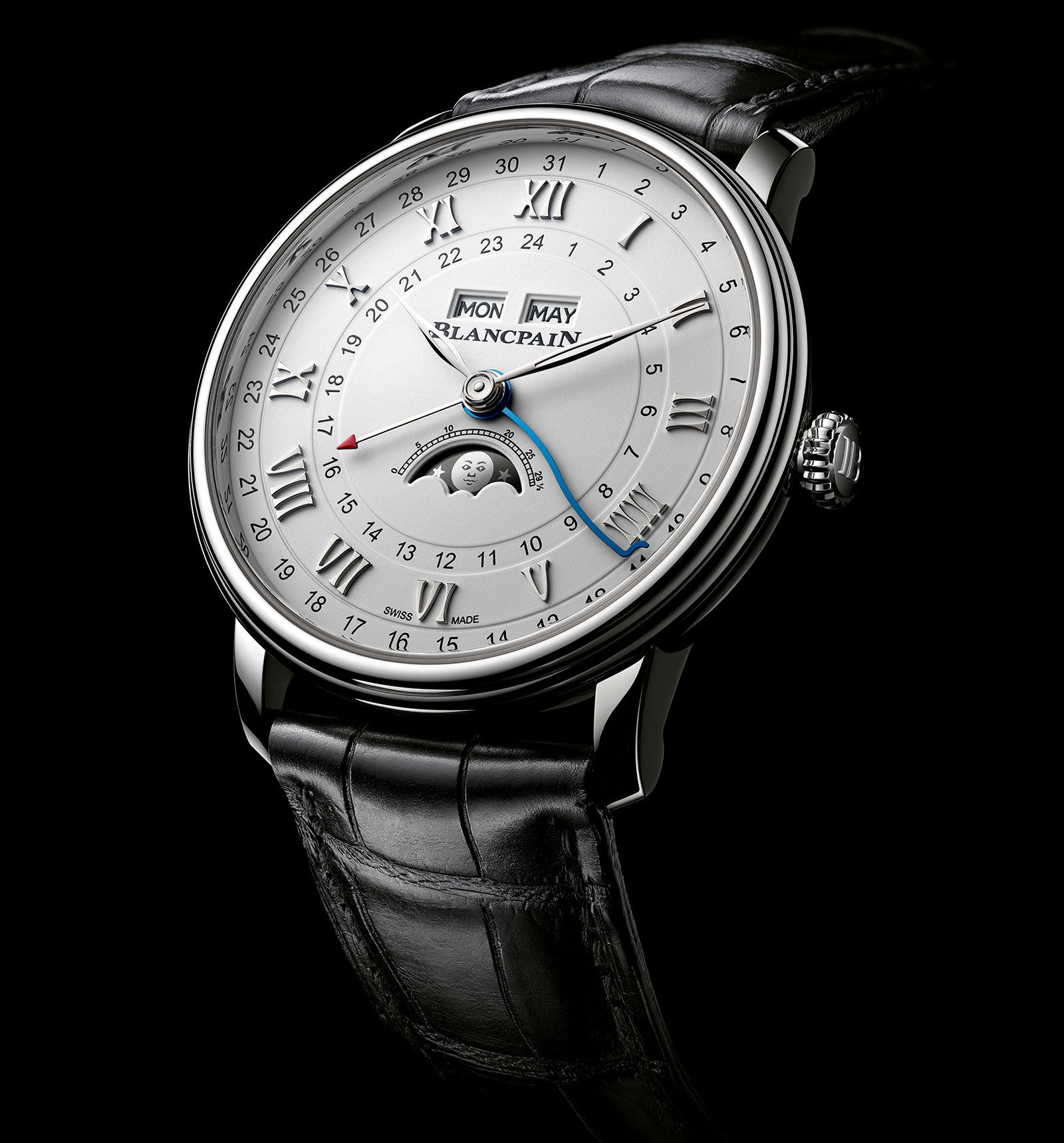 As its flagship complication, the triple calendar is serious business for Blancpain because it’s also the best-selling — more so than the more complex creations. This year, the Le Brassus-based firm reveals a solid modern reinterpretation of this classic. The watch is still recognisably Blancpain — there’s the hours and minutes hand, two windows for day and month, and a blue serpentine hand that points to the date on the peripheral track. To tell the time in the second timezone, an additional hour hand on the central axis follows the 24-hour track. The icing on the cake for this traveller’s must-have is its calibre 67A5, an automatic movement based on the respectable Frederic Piguet calibre 1151. 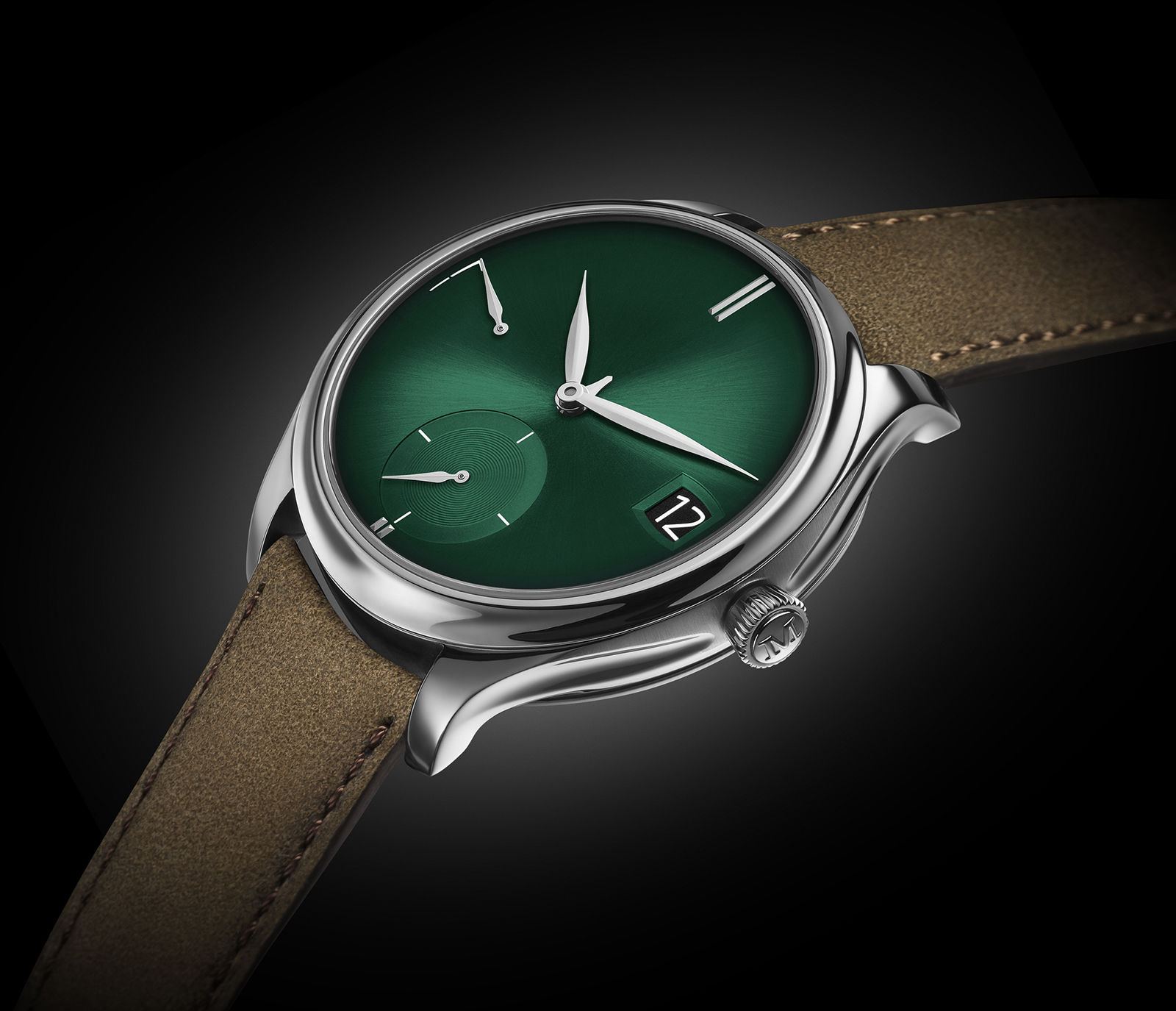 Perpetual calendar watches are often complicated to look at — beautifully so, might we add — but H. Moser & Cie.’s resolutely minimalist take on it makes it one of the most elegant in the market. The Endeavour line has had multiple incarnations, but this year, the spotlight is on the 50-piece limited edition in the brand’s signature Cosmic Green. The 42mm watch sheds all frivolities like indices and logo, choosing only to keep the date display, small-seconds, 12-hour marker, power reserve and month indicator on the graduated fumé finished dial. At the back sits the hand-wound HMC 800 calibre, as well as the leap year indicator.

If you’re a big fan of the iconic circle-in-a-square styling by Bell & Ross, the good news that there will be two new novelties in the Horo line, one being the BR03-94 Horolum. With a heritage steeped in aviation, the 500-limited edition watch is inspired by the cockpit clock, with micro blasted steel cases and dials for a mono bloc effect. Readability is key here — an intense green Superluminova facilitates legibility while bringing to mind airport runway landing strips. The 42mm chronograph is also anti-reflective thanks to its matte facade. Mounted to a matching gray-green calfskin strap, the watch runs on the automatic calibre BR-CAL.301. 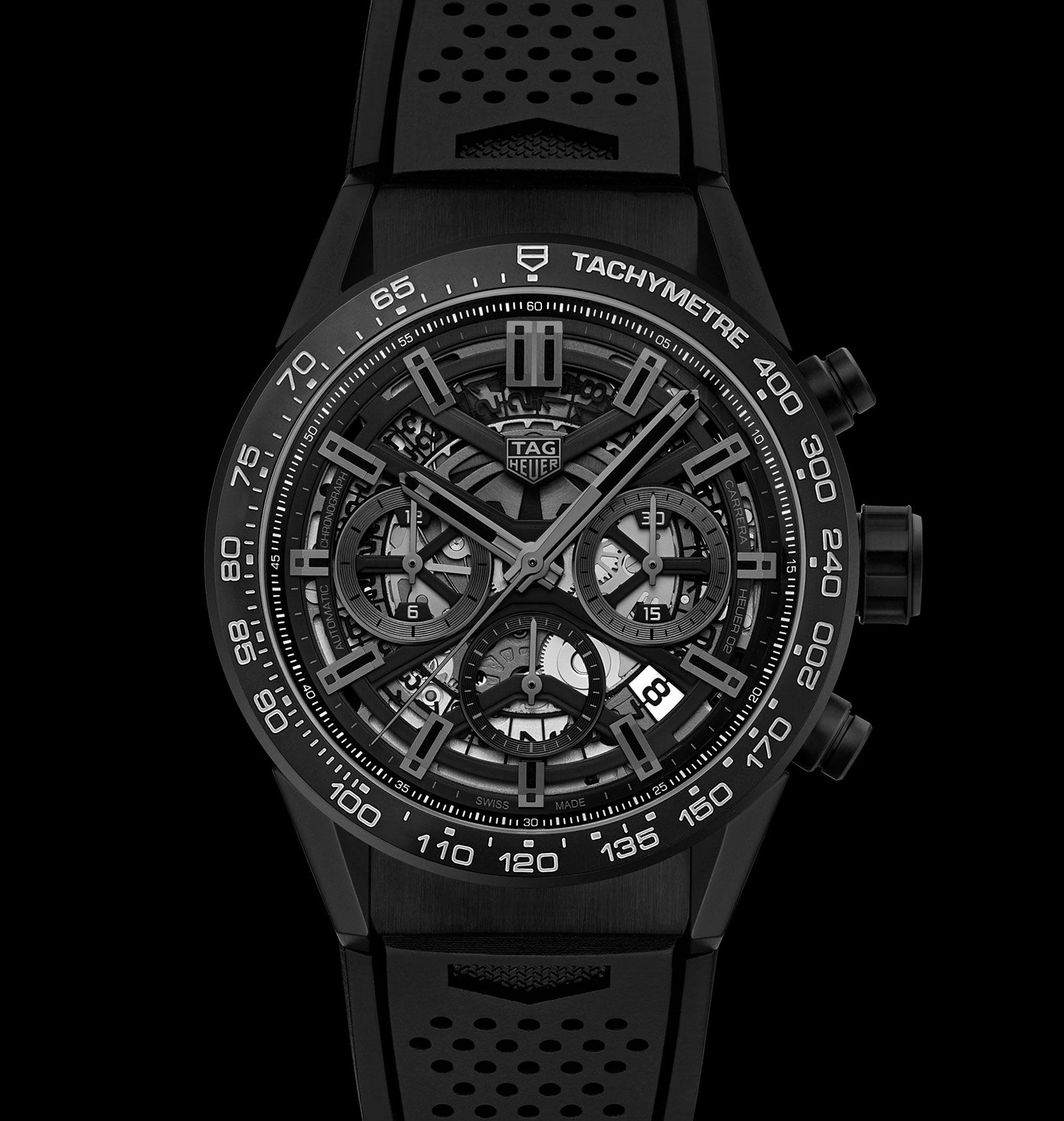 If the iced-out smartwatch was a tad too ostentatious for you, Tag’s got something else up their sleeves. For Baselworld, the brand has taken a more subdued approach with a series of new Carreras, only this time they’re powered by the Heuer 02 movement instead of the Heuer 01. The new chronograph movement has big shoes to fill, considering its predecessor helped make the watch one of the brand’s best selling. The self-winding Heuer 02 is made entirely in-house, and it’s revealed almost entirely via the skeletonised dial. Equipped with a 75-hour power reserve — a considerable jump from the Heuer 01’s 50 — and available in both a 43mm and 45mm GMT version, this is bound to be another collectable by the brand. 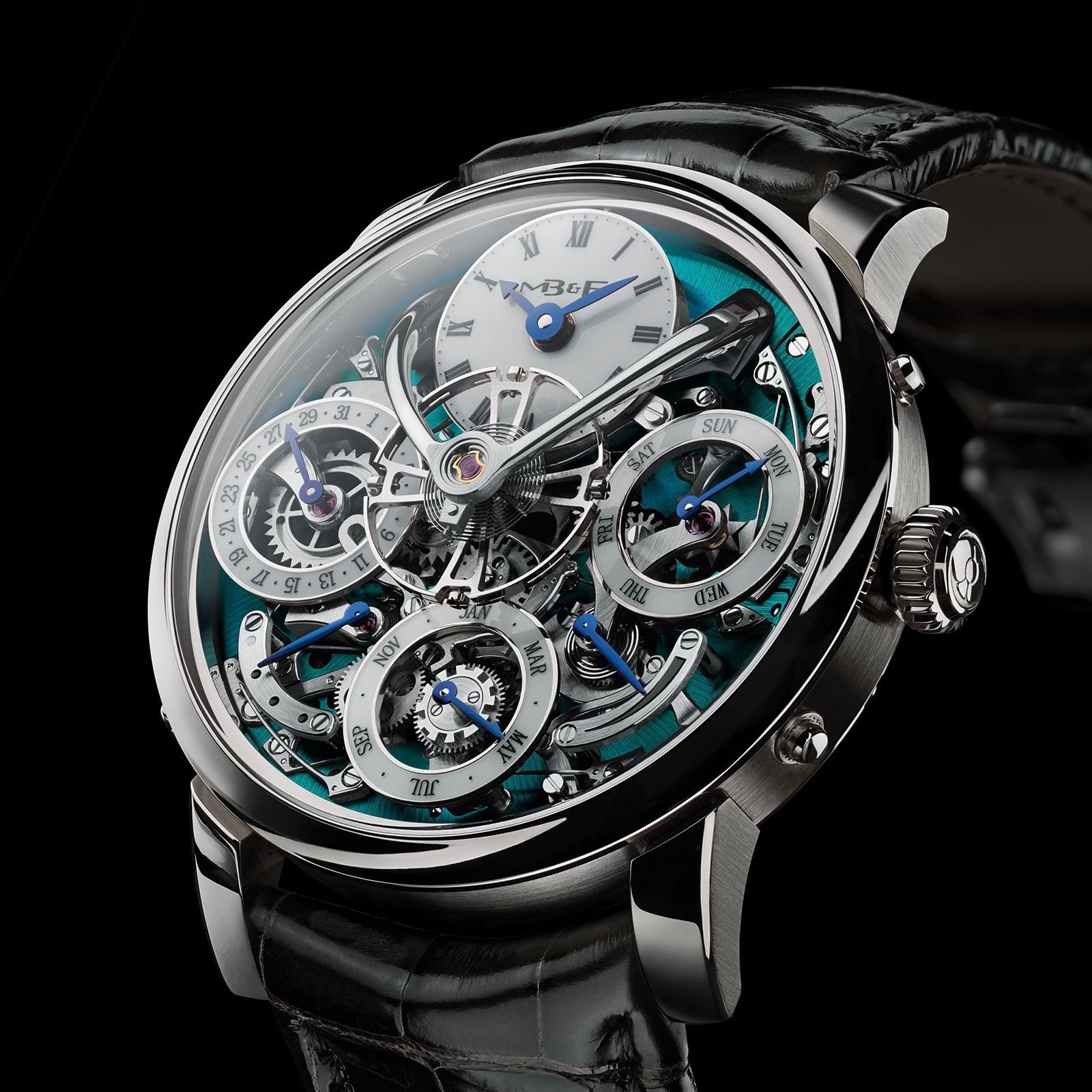 MB&F has a penchant for taking timekeeping to realms barely touched by other brands, so you can expect its perpetual calendar to receive the same treatment too. Devised by Irish watchmaker Stephen McDonnell, the perpetual calendar is a 581-part movement is also almost shown in its entirety via the dial, complete with the Legacy Machine series signature: the oversized balance wheel. At 44mm, the watch is the same size as the others in the series and runs on the same platform, only now it’s reimagined in titanium, and with a stunning blue-green, slightly iridescent dial. 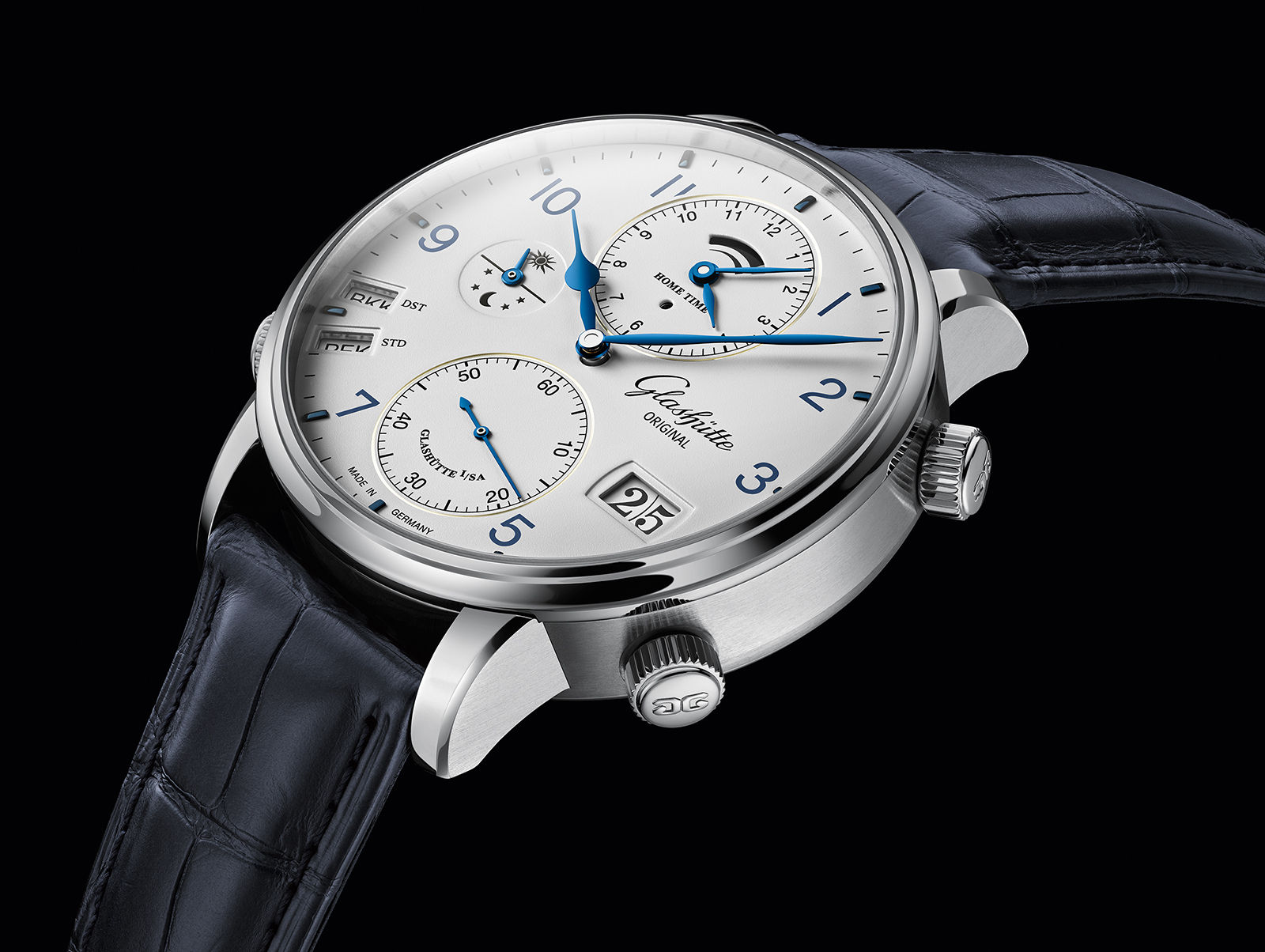 Call it excessive but tracking 36 time zones — including the off-kilter ones that differ in half and quarter hours — can be necessary for the frequent flyer. Glashütte’s Original Senator Cosmopolite is one of very few that can do so, and it’ll come in the form of a stainless steel version this year. Unlike its white or red gold predecessors, this version tones the formality down a notch with dark blue Arabic numerals instead of Roman ones, while the matte white lacquered dial sees a simpler minute track. Functions remain the same for this 44mm watch, including a day/night indicator, power reserve indicator, and local and home time display. Did we mention it also come with a daylight savings time function? 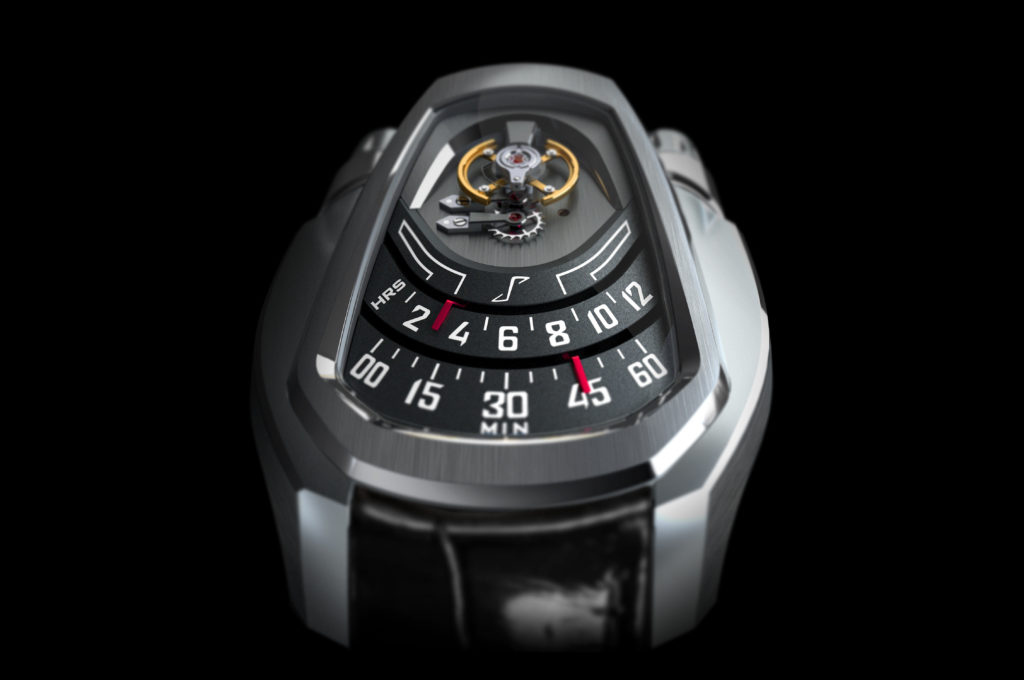 For as long as there are round watches — and sometimes, square ones — there will also be those that look downright strange. Every once in a while, new watchmakers take a shot at entering the saturated market with ambitious designs, like the Axiom by independent watchmaking house Phenomen. Led by a French trio, the timepiece is their take on the inclined driver’s watch. The result is an amphitheatre-esque layout. The inclined time readout is achieved by stacking retrograde displays and integrating a jumping hour complication. Visible from within the titanium case is also the manually-wound PH-010 calibre — an almost poetic reference as the engine in this concept supercar-looking watch. 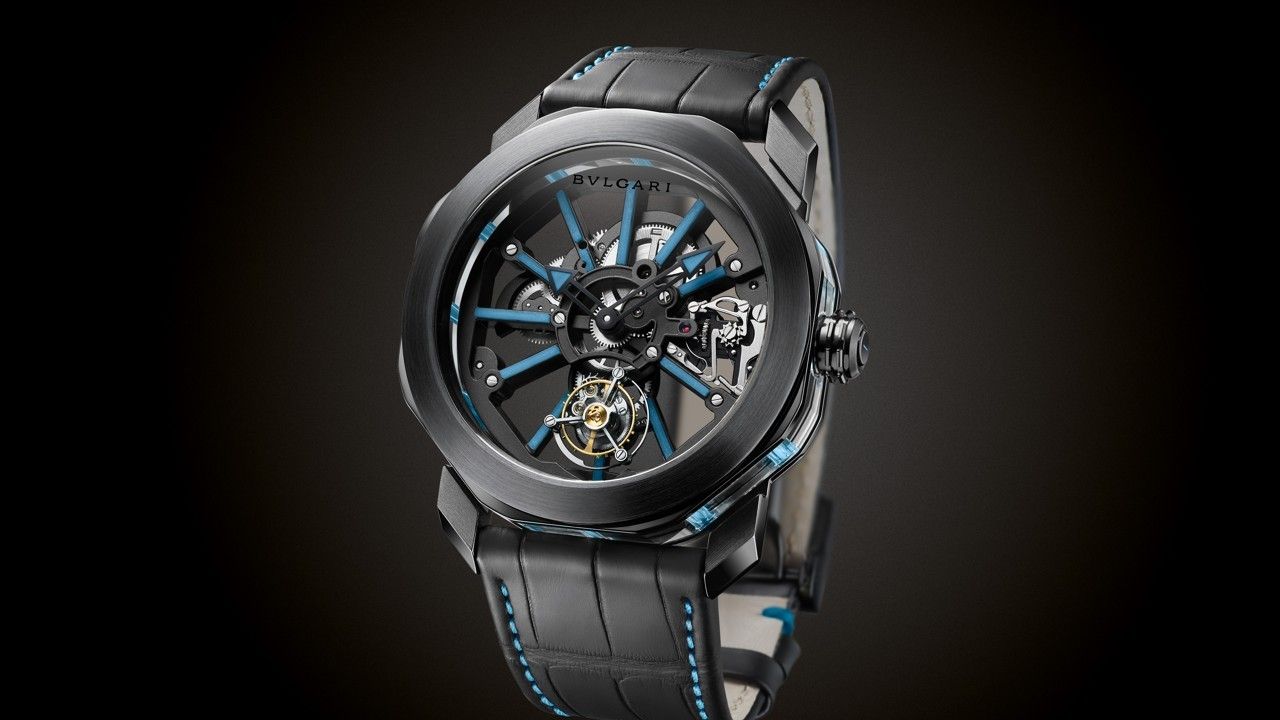 Most watches are works of art in the day, but come dark they fall short of being masterpieces. Not the Octo Tourbillon Sapphire, Bulgari’s latest skeletonised offering that actually looks better at night. Within a case fashioned out of black DLC-coated steel is the openworked mechanical heart of the watch, lit by blue SuperLuminova bridges that radiate from the centre to create legible hour markers. In the day, the sapphire crystal allows light to pour in to bring out the architectural beauty that’s the Calibre BVL 206, a mechanical manual-winding flying tourbillon movement that adds depth and plenty of visual interest to the watch.