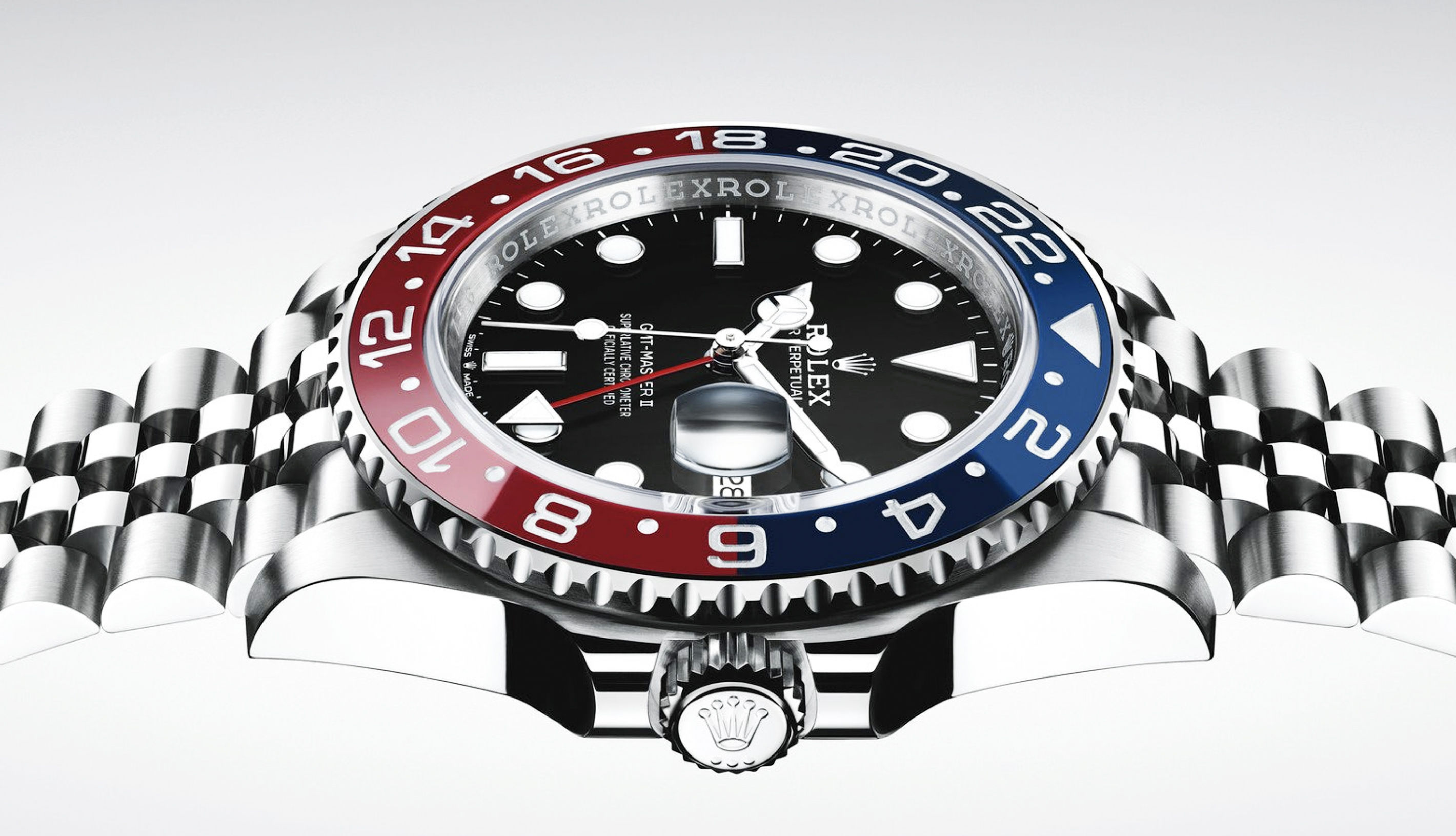 These are our favourite new watches from Baselworld 2018

It’s that time of year again: Baselworld, the world’s largest and most important trade event for watches and jewellery, recently descended upon Basel, Switzerland for a one-week showcase of brands’ latest and greatest products. During the prestigious event, top industry experts travelled from far and wide to present their most extravagant creations and innovative inventions to date. From Rolex to Blancpain to Breguet, here are our top picks of the new timepieces unveiled this year. 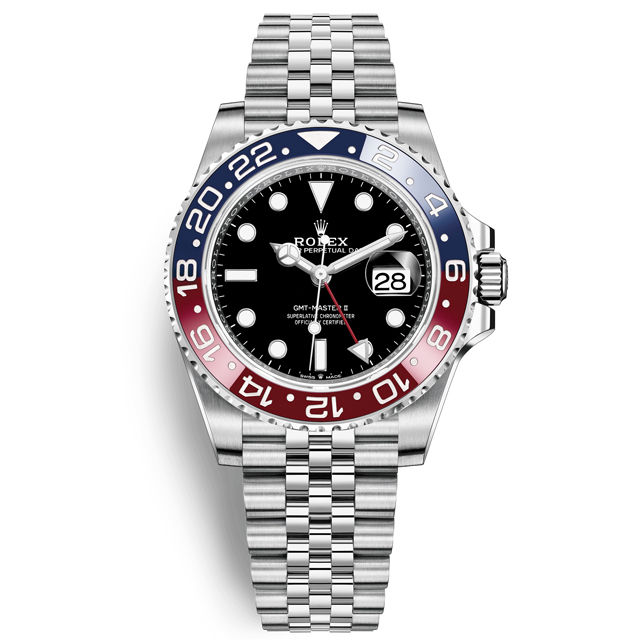 The Rolex Oyster Perpetual GMT-Master II is an ideal traveller’s watch, and for the first time it’s available in Oystersteel, with a Jubilee bracelet and a bidirectional rotatable “Pepsi” bezel with a graduated two-colour Cerachrom insert in red and blue ceramic. It’s also equipped with the new calibre 3285 — a new-generation movement developed and manufactured by Rolex — fitted with a GMT function and a guaranteed power reserve of approximately 70 hours. 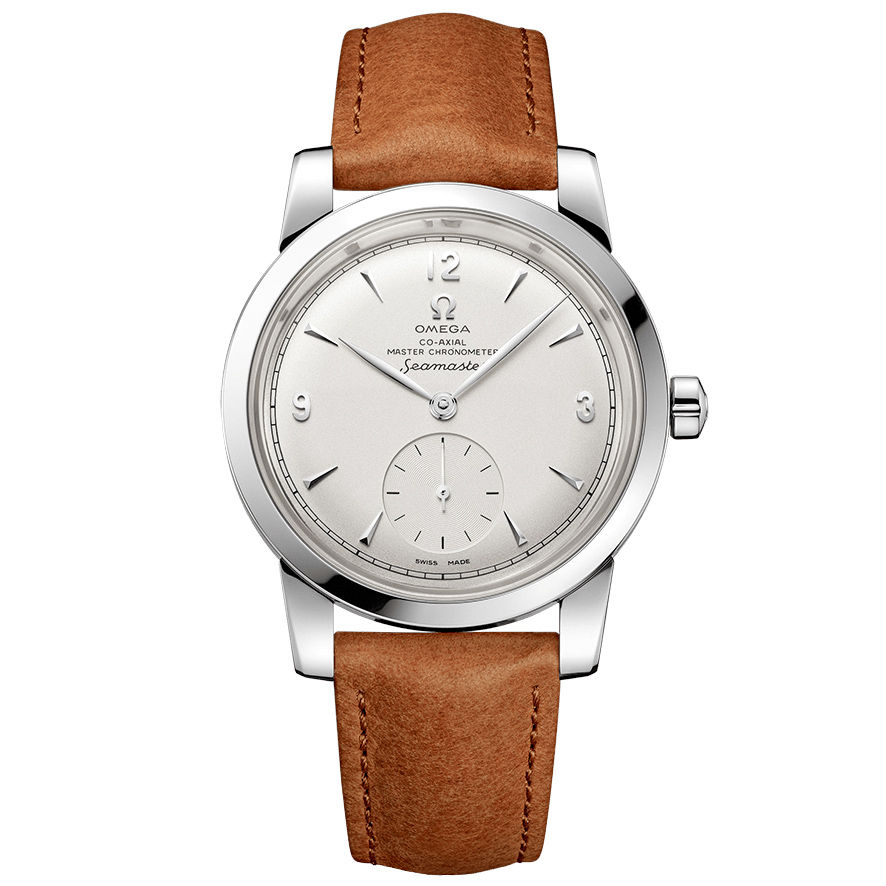 To celebrate the Seamaster line’s 70th anniversary, Omega has released two limited-edition timepieces, both with designs beautifully modelled on the original postwar classics, including relatively small 38mm cases, domed dials and box crystals. Turn to the back, and you’ll find that the sapphire crystal caseback of both models are laser-engraved and lacquered by hand with a 70th Anniversary logo featuring a Chris-Craft boat and Gloster Meteor aircraft — the first jet plane used by the Royal Air Force — as a further tribute to the many aviators and mariners who have put their trust in Omega since the 1940s. Each pieces is limited to 1,948 pieces, and will be available in stores from October 2018. 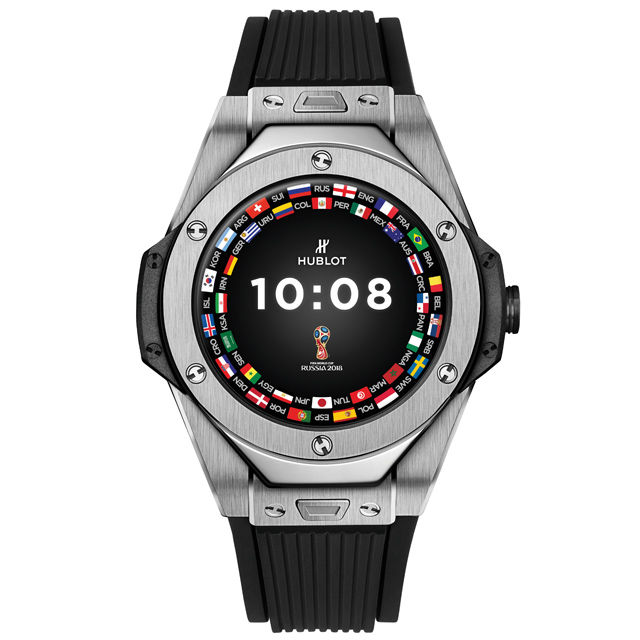 As the official timekeeper of the 2018 FIFA World Cup, Hublot has created a smartwatch that will instantly connect all football lovers to every decisive second of the matches at the tournament; that includes reminders 15 minutes before kick-offs, information on yellow and red cards, player changes, match statistics and more. It will even vibrate and display the word ‘GOAL’ instantly every time a goal is scored, so you can feel the excitement straight from your wrist. Limited to only 2018 pieces, each watch comes with neutral dials, along with 32 dials for each participating countries, and will be available from 1 May 2018 in Hublot sales outlets. 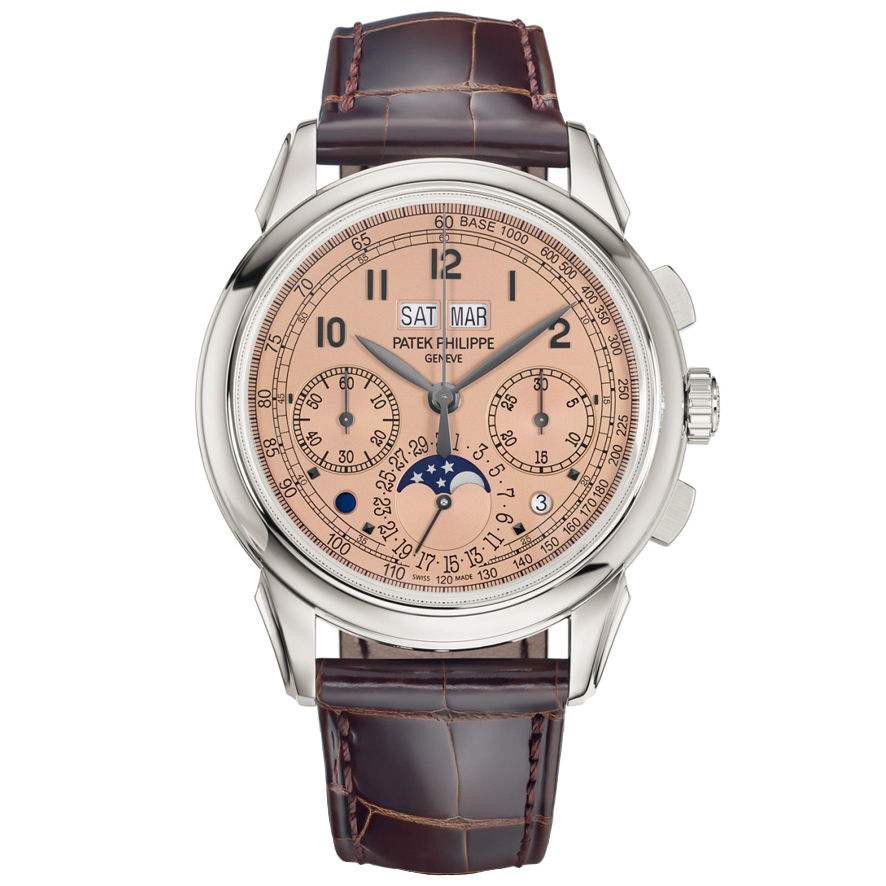 Patek Philippe’s ref. 5270 was first launched in white gold in 2011, followed by a rose gold version in 2015; at Baselworld 2018, the watchmaker unveiled a new version in precious platinum for the first time, along with an elegant, eye-catching salmon-coloured dial, a handsome alligator strap and Arabic numerals. Even though this is brand new, we love the classic, timeless appeal of its aesthetics. 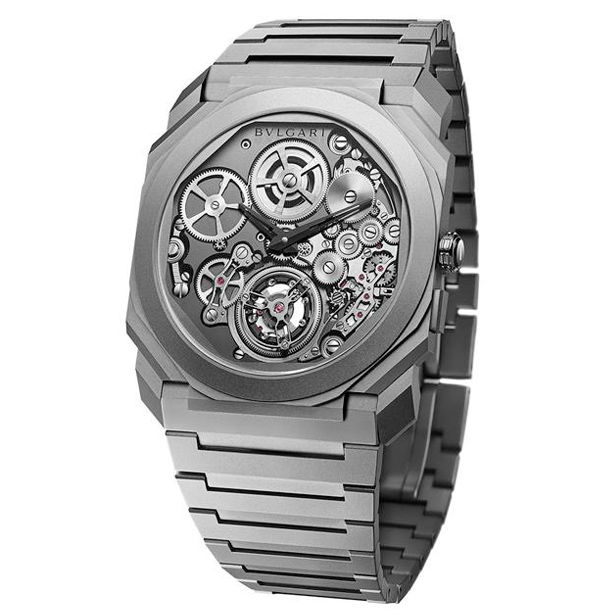 Breaking records with its ultra-thin Octo Finissimo tourbillons since 2014, Bulgari once again set a new world record with this year’s Octo Finissimo Automatic Tourbillon, which measures a mere 3.95mm in thickness, and is now officially the thinnest automatic tourbillon wristwatch ever made. Its 42mm brushed titanium case houses the new caliber BVL 288, a self-winding flying tourbillon movement that is only 1.95mm thick, yet still able to deliver 52 hours of power reserve. 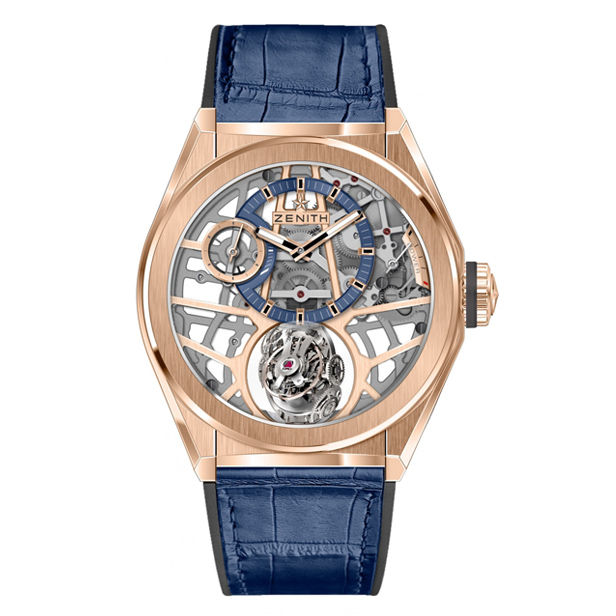 Zenith relaunched its Defy range in 2017, and impressed us all with its continuous innovations, including Defy El Primero 21‘s ultra-high-beat chronograph that can  measure down to 1/100th of a second, as well as the Defy LAB and its new, super-high-frequency oscillator. This year at Baselworld, the watchmaker unveiled the new Defy Zero G, which houses a revolutionary gyroscopic “Gravity Control” complication (patented by Zenith) that is able to maintain the regulating organ and balance wheel in a horizontal position, and therefore eliminates the effects of gravity. 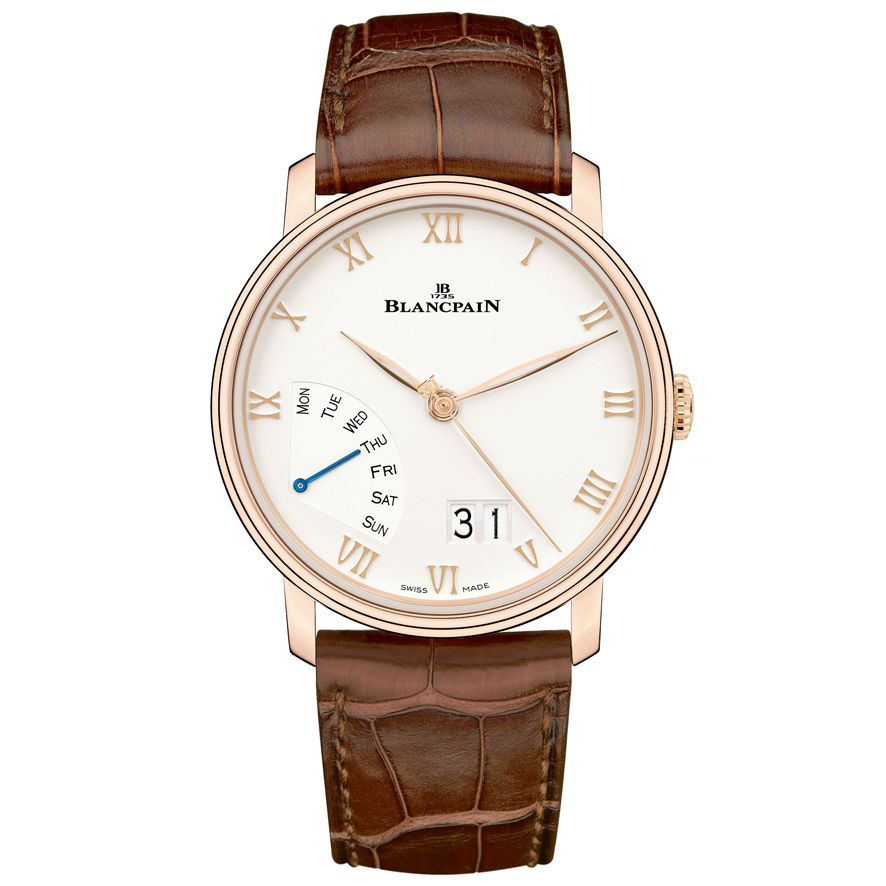 Blancpain has introduced a new complication to its Villeret collection: a retrograde day of the week indication. The feature is elegantly presented through a large double date window in the shape of a circular arc between the 7 am and 9 am positions, whilst the big date display can be found between 5 and 6. The calendar mechanism is driven by a new 6950GJ movement, which includes two barrels that offer a 72-hour power reserve. 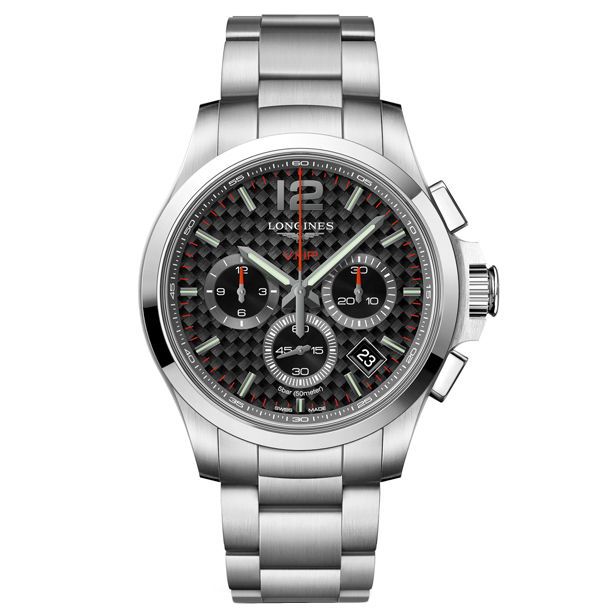 Longines presented its latest 42mm Conquest V.H.P. Chronograph, installed with an all-new, ultra-precise, high-tech quartz movement developed by ETA exclusively for the watchmaker. Thanks to its GPD (gear position detection) system, this movement is renowned for its high degree of precision for an analog watch, which is capable of resetting its hands even after an impact or exposure to a magnetic field. The brand new 2018 model also features a 30-minute counter at 3 o’clock, a 12-hour counter at 9 o’clock and a 60-second counter in the centre, on its carbon dial, as well as a steel bracelet with a folding safety clasp. 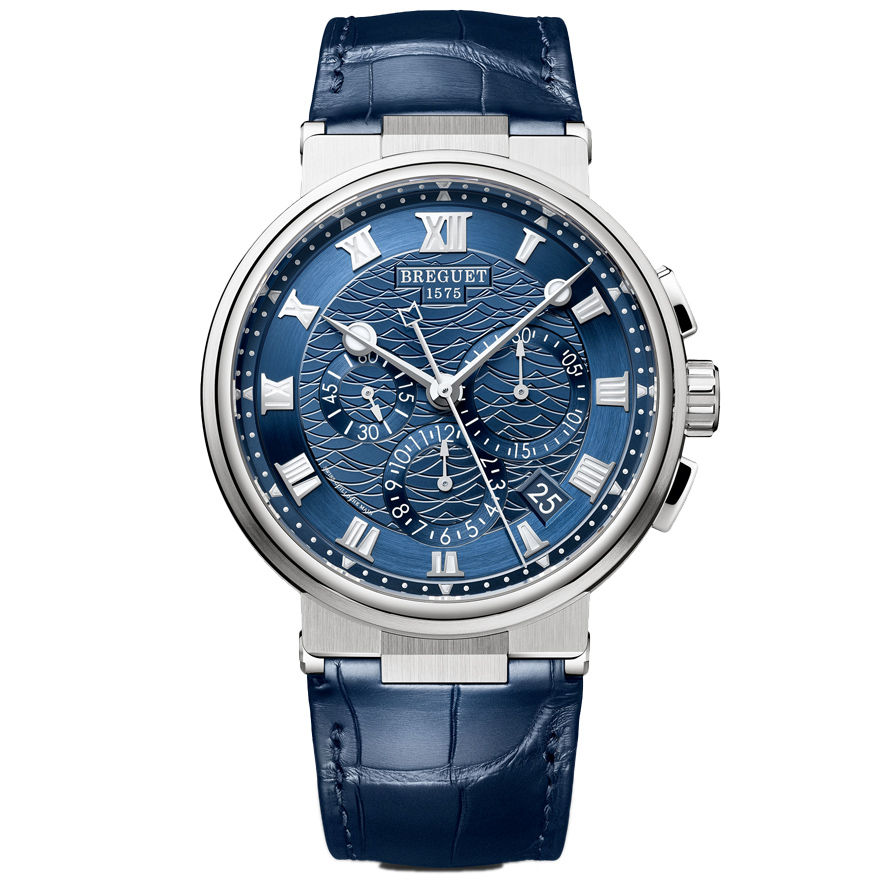 With the official title of ‘watchmaker to the French Royal Navy’, it’s clear that Breguet‘s founder, Abraham-Louis Breguet, was very passionate in the area of marine chronometry. To continue honouring the watchmaker’s love for the sea, the brand has released a new Marine Chronograph ref. 5527 to the line, measuring approximately 42.3mm in diameter and featuring a beautiful blue, hand-guillochéd dial and a 12-hour chronograph with three subdials running seconds at 9 o’clock, 30-minute register at 3 o’clock and 12-hour register at 6 o’clock.