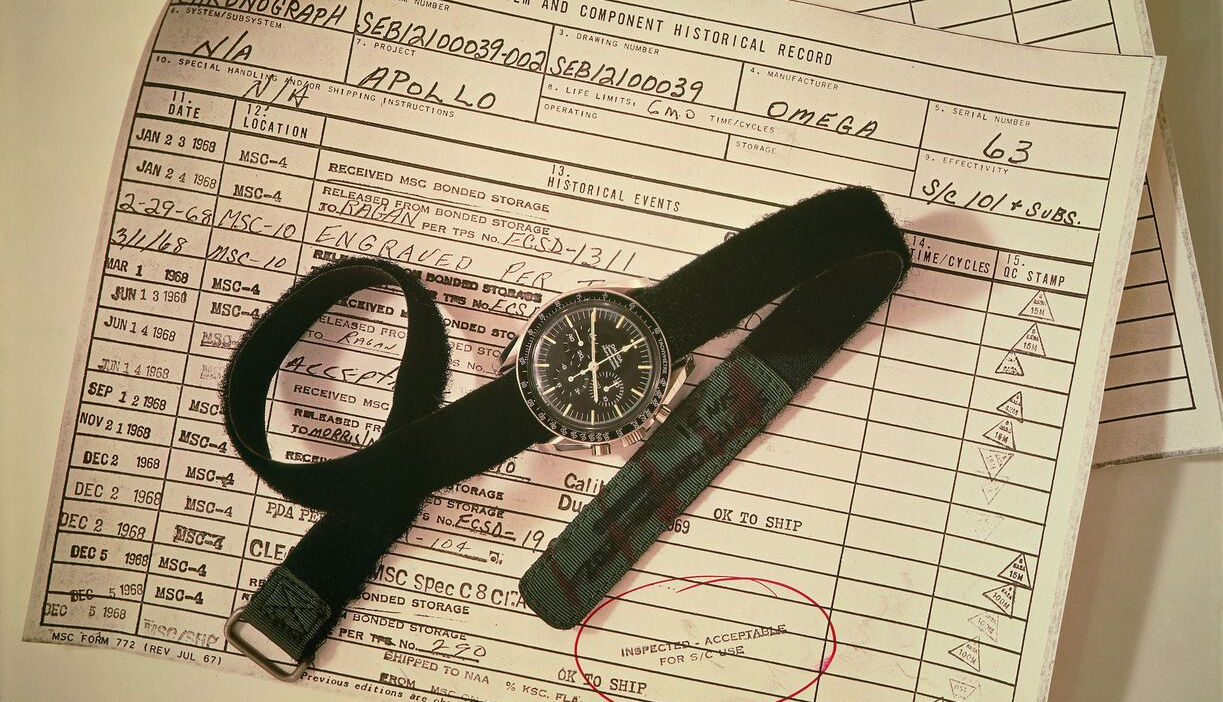 One of the best-known luxury watch brands on the planet, Omega has been worn by world-famous politicians and celebrities, astronauts and sailors, and even 007 himself — James Bond. At the same time, watch collectors and enthusiasts also love Omega, obsessing over the Speedmaster, Seamaster and Constellation collections, amongst others. But how did the 170-year-old watchmaker achieve its coveted status?

The legacy of Omega began in 1848, when Louis Brandt founded the company that would later become Omega in La Chaux-de-Fonds, Switzerland; his sons, Louis-Paul and César, joined the business in 1877, at which point the company name was changed to Louis Brandt & Fils. Together, they developed the company into Switzerland’s largest manufacturer of high-quality timepieces. In 1894, they launched a new movement known as the Omega 19-line calibre, which proved to be a global success. As a result, the company’s name was changed in 1903 to Louis Brandt & Frére – Omega Watch Co., thus birthing the Omega brand name.

In the many decades since, the founders’ pioneering spirit and relentless efforts for precision and perfection have endured, leading Omega to earn numerous awards and achievements over time. Below, we chart some of the most extraordinary milestones in Omega’s impressive history of watchmaking.

Omega and the Olympic Games

Omega first served as the official timekeeper of the Olympic Games in 1932, marking the first time a single private company was entrusted with keeping time for all events at the Olympics. To achieve this honour, the watchmaker supplied one timekeeper and 30 chronographs to the officials, all of which had been certified as chronometers by the Observatory at Neuchâtel, proving that the watches were capable of providing the highest precision possible.

At its first Olympics as official timekeeper, in Los Angeles, Omega was able to capture results to the nearest 10th of a second, confirming 17 new world records that year alone. Since then, the iconic watchmaker has been present at every single Olympic Games, witnessing top athletes make history on the world’s greatest stage.

While you might assume the responsibility of an official timekeeper ends at providing stopwatches, in fact a great deal of effort is required to ensure fairness in every competition. From the starting pistol to the photo-finish moment to the scoreboard, Omega continuously employs their industry-leading mechanical capabilities and hunger for innovation to consistently create groundbreaking technologies that produce the most accurate results.

Omega on the Moon

The 1960s saw a lot of ups and downs with the Vietnam War, The Beatles, and, of course, the pioneering Project Mercury — a NASA space program that put the first American astronauts in space. Between 1961 and 1963, astronauts made a total of six spaceflights as part of the project, during which four of these suborbital flights went into orbit and circled Earth. But President Kennedy had a much more ambitious goal: to land a man on the Moon and bring him back safely to Earth — a mission which Omega played an important role in throughout the long and rigorous expedition.

Following President Kennedy’s announcement on his space plan, Project Mercury Friendship 7 mission was launched in October of 1962, in which astronaut Wally Schirra wore his own Omega Speedmaster as he recognised the need for a chronograph in space. Schirra was right, because precision is crucial in space missions, and critical activities – such as engine burns and EVA activities (a.k.a. Spacewalk) — are calculated down to the minutes and seconds. Any slight mistake is, literally, a matter of life and death.

Two years later in November of 1964, NASA set off to undertake a strenuous series of chronograph tests on all off-the-shelf watches to find out whether any of them were qualified to be used on manned space flights. On 1 March 1965, a clear winner was announced, and Omega officially became the first and only flight-certified watch manufacturer for all of NASA’s manned space flights.

The same year saw the beginning of the Gemini IV mission, in which astronaut Ed White became the first American to perform a spacewalk — with the Omega watch strapped over the sleeve of his spacesuit. The most famous mission of all, however, didn’t happen until years later, on 21 July 1969, when Apollo 11 finally landed on the Moon. When Neil Armstrong and Buzz Aldrin explored the landing site on foot, Aldrin’s Speedmaster Professional chronograph became the first and only wristwatch to be worn on the Moon, thus becoming a part of the great “giant leap in mankind”.

This extraordinary achievement has earned the Omega Speedmaster Professional chronograph its nickname: The Moonwatch, and it remains to be the only piece of equipment used in all of NASA’s piloted space missions from Gemini to the current International Space Station program.

From being the first single brand to set six out of six precision records in the Chronometer Trials at the Geneva Observatory in 1931; achieving the world precision record in its category set at Kew-Teddington in 1936 (a result, by the way, which remains unsurpassed to this day); creating the world’s first and only wristwatch certified as a marine chronometer in 1974; launching Co-Axial, the first new mechanical watch escapement in 250 years in 1999; and inventing the SI14 silicon balance spring — precision has always been the one crucial benchmark for successful innovation at Omega.

With the introduction of the new METAS (Swiss Federal Institute of Metrology) certification, Omega has become the world’s first watchmaker to achieve the Master Chronometer rating. To claim this industry-defining achievement, each watch is subject to a series of eight separate examinations that replicate real-life wearing conditions as well as test for resistance to water and magnetic fields — including exposure to a magnetic force of 15,000 gauss, amongst others — to ensure the absolute best function and accuracy in the most unexpected environments. Some say these tests come with margins so high, they are even more difficult to pass than those set by Contrôle Officiel Suisse des Chronomètres (COSC), making Omega’s Master Chronometer rating an even more significant milestone in its impressive journey to date.