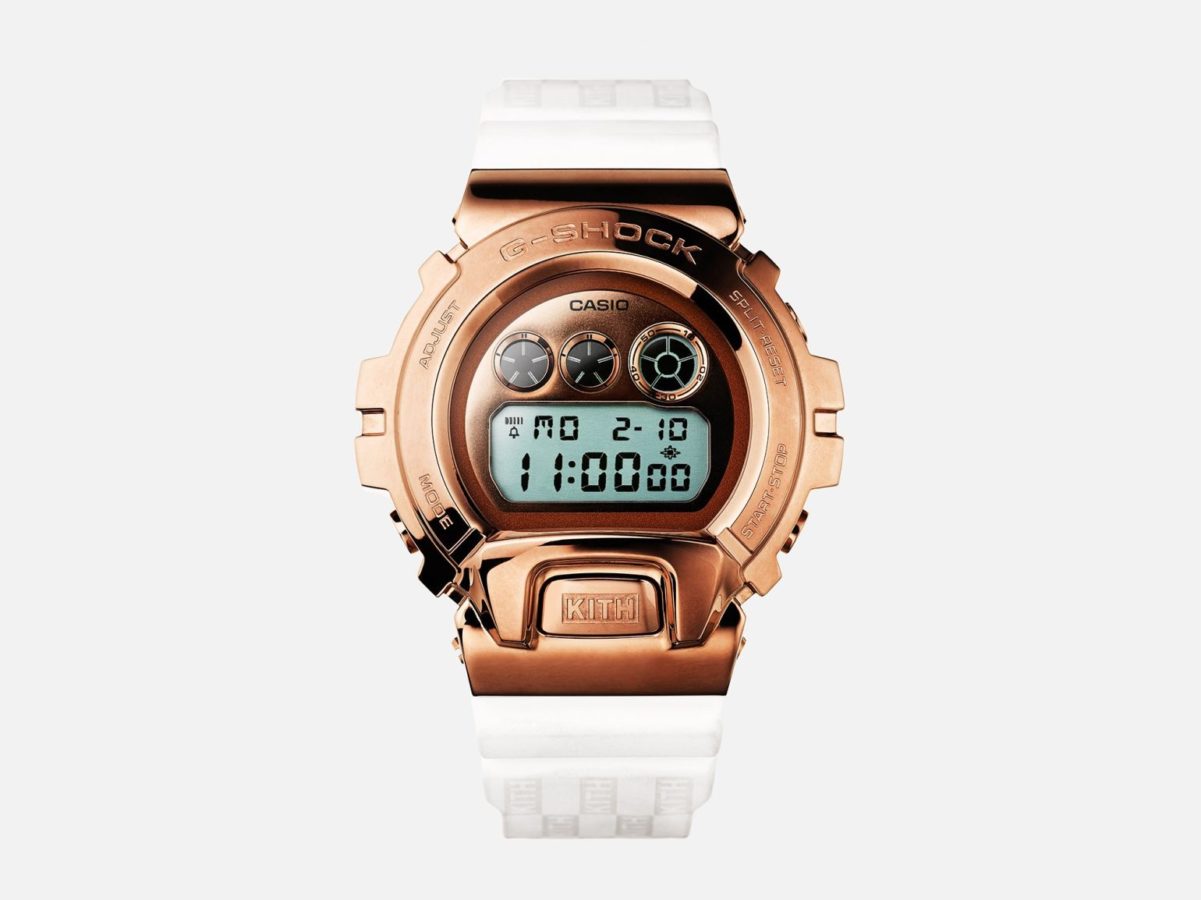 To celebrate 25 years of the G-Shock 6900, Casio have teamed up with Ronny Fieg (the man behind streetwear retailer Kith) for the first ever metal version.

The influential streetwear brand has teamed up with Casio for a remake of the legendary G-Shock 6900 and a drippy new collaboration envisioned in forged ‘rose gold’ steel. 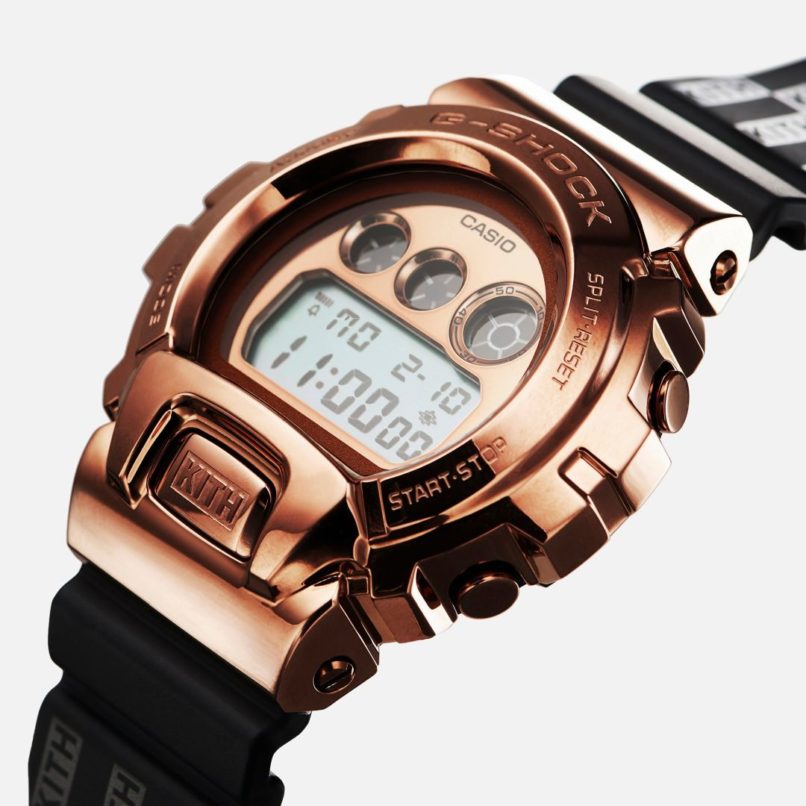 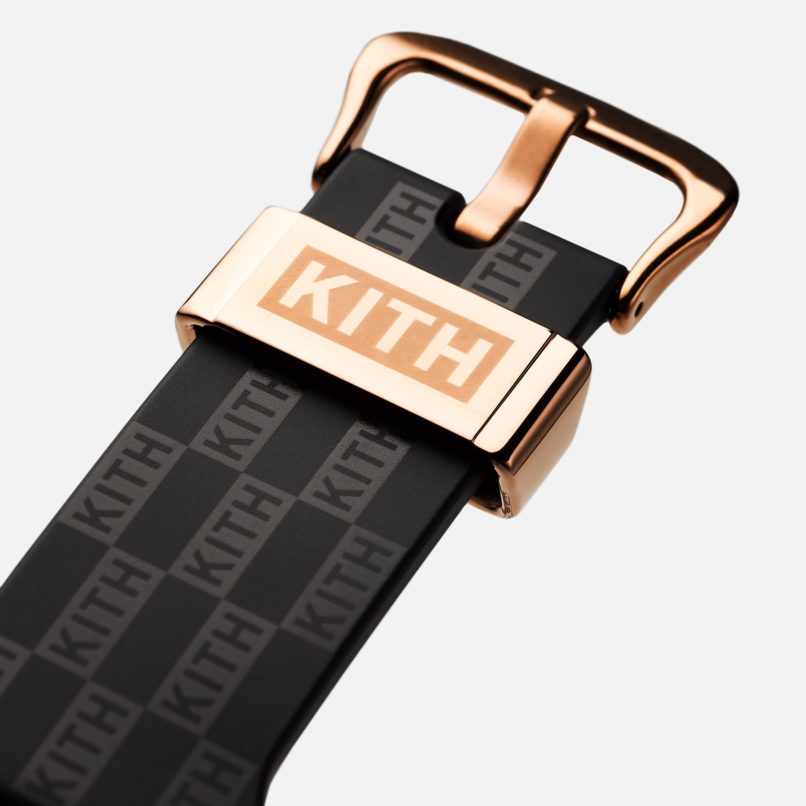 Of course, this rose gold monster boasts the performance that fans have come to expect from G-Shock: the new GM6900 is made with improved impact resistance and is depth-rated to 200 metres. A fiberglass membrane protects the inner case from prolonged contact with the bezel, while the latter is produced via a process of forging, before being cut and polished.

Link in bio for Hodinkee feature.

Given the pricepoint, it’s important to point out that this release isn’t made using a solid rose gold construction. In fact, the base layer for the new GM6900’s case is fashioned from stainless steel — which has then been ion-plated in order to resemble rose gold. That is (in this editor’s opinion) a happy compromise: at its core, the G-Shock is a latter day tool watch, and the use of gold plating ensures this iteration remains faithful to the original’s spirit whilst cashing in on Kith’s much-hyped branding.

Unsurprisingly, Kith’s online store sold through its allocation mere minutes after being posted on Monday, but dogged collectors still have a shot at picking this up at select G-Shock retailers.

Style Watches Casio Kith G-Shock hypebeast
Lifestyle Asia
Lifestyle Asia
Here's where you can read the latest news and stories from Lifestyle Asia, curated from all of our editions in Hong Kong, Singapore, Kuala Lumpur, Bangkok, India and Paris.
Luxury

Why the Breitling Premier Bentley Mulliner timepiece is the ultimate flex