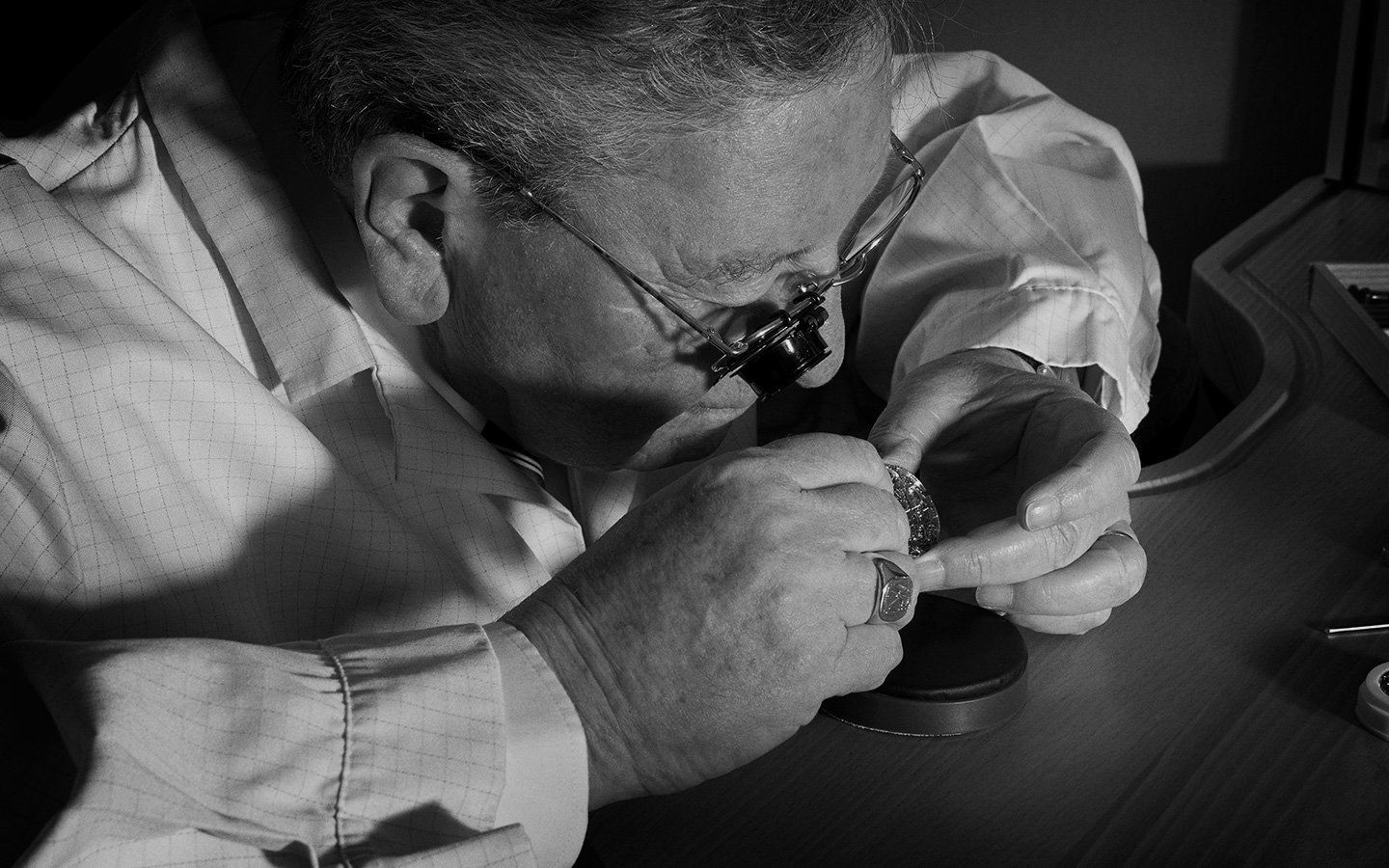 If you count yourself a watch connoisseur, you would’ve heard the words “Excalibur”, “skeletonised watches” and Roger Dubuis’ name come up in the same conversation before. After all, the Geneva-based watchmaker isn’t a lightweight in the industry. His credentials count 14 years at Patek Philippe developing some of its most complicated watches, before leaving to start his own workshop in 1995 with Franck Muller designer Carlos Dias. The rest, as you know, is history.

Last Saturday, however, marked the passing of one of the giants of watchmaking. In its statement, the company said “Roger Dubuis, our company founder, has passed away today at the age of 80. His renowned expertise in haute horlogerie, his disruptive vision, his human values will remain close to our heart. We are all committed to keep his unique spirit within our brand. Roger’s passing is a grievous loss for all of us and the entire watch community. Our sympathies are with his family and close relatives.”

Distinguished by an aesthetic seldom ventured by others, and fine movement that could’ve only come from a wealth of experience, Dubuis’ eponymous label made a solid mark on the haute horological world. His watches all bear the Seal of Geneva, a stringent classification that insists the producer decorate and polish every component of a timepiece, including screws — amongst many other things. Of course, Dubuis wouldn’t have settled for anything less than the best.

By 2004, he retired from his company, only to come out of retirement shortly after to reassume an active role at the firm — out of pure passion, we’re certain. In commemoration of the entrepreneur, designer, watchmaker, and visionary, we look back at some of Roger Dubuis’ best creations thus far. 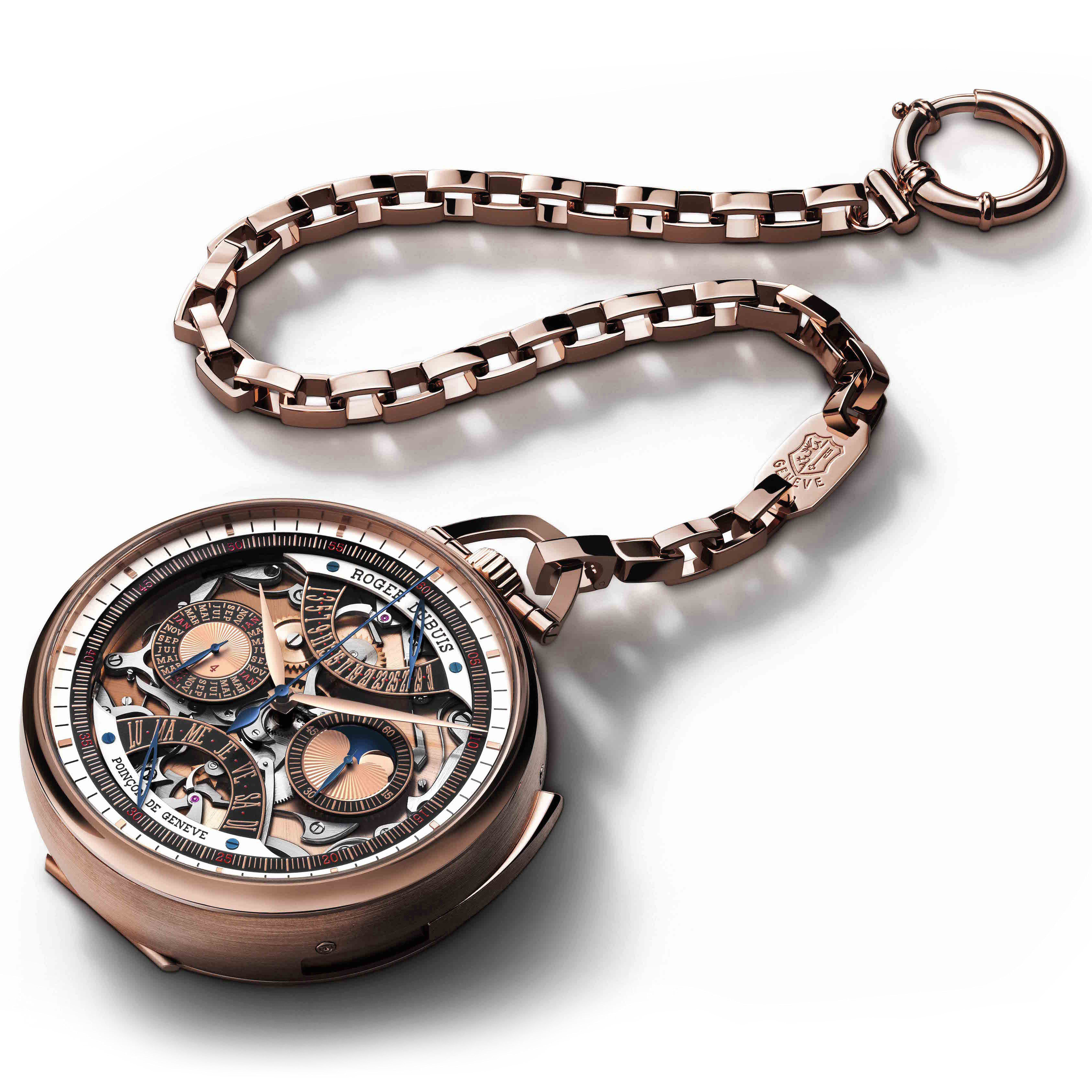 Dubuis started his career with the heavy responsibility of restoring rare and often complicated vintage watches, and this has remained a key aspect in his endeavours with his own label. The first of its kind is based on an ébauche that combines a lavish mix which includes a perpetual calendar, chronograph, and minute repeater, all of which Dubuis had to modify to keep to Geneva Seal requirements. Two retrograde displays were included for the perpetual calendar, while the chronograph coupling lever had been cleverly reshaped to the number 8 — an iconic number for the brand. Within the large 60mm pink-gold case is also a redesigned Calibre RD181. 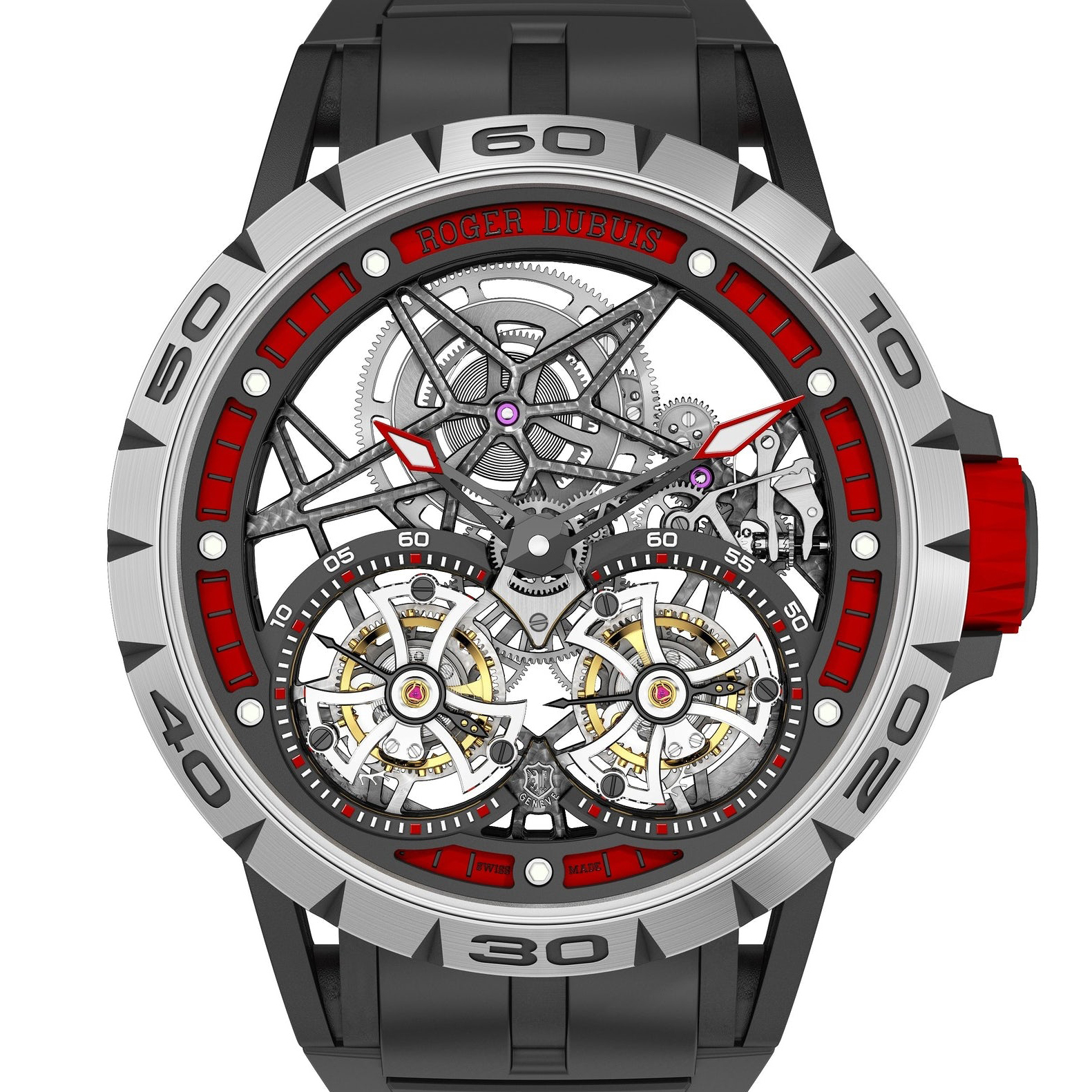 At Roger Dubuis, more was always better, so when he announced the Excalibur Spider Double Flying Tourbillon, fans were ecstatic. Doubling up has always been a strength of his, and so his famous skeletonised Excalibur received not one, but two flying tourbillons. Within the black DLC-coated titanium and red accents of the limited edition watch is the self-winding mechanical calibre RD820SQ, which sees a respectable power reserve of 60 hours despite having to power two tourbillons. Two labelled running-seconds displays running counterclockwise reaffirms Dubuis’ unorthodox approach to the world of complication. 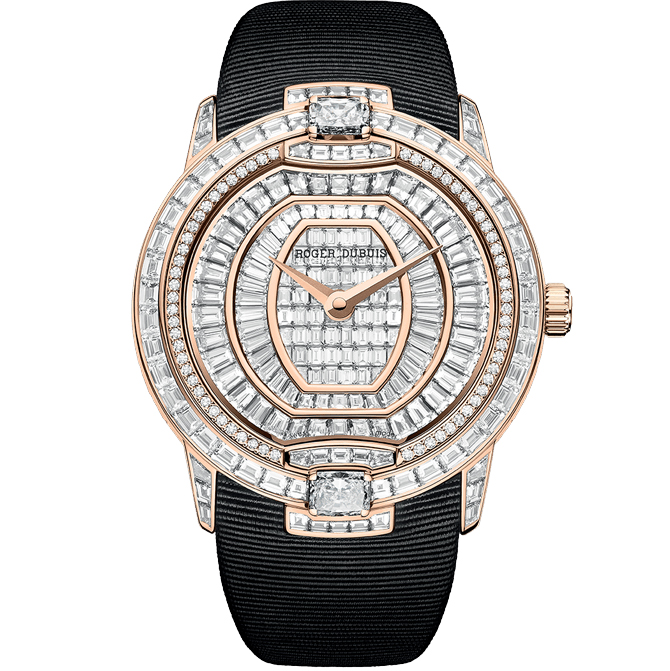 Roger Dubuis also clearly knew what women liked. No less than 12 carats of diamonds adorn this haute joaillerie piece, which marries fine mechanical movement with sophistication and glamour. Redesigned to accommodate the opulent gemsetting, the 38.5mm timepiece is completely paved with baguette and emerald-cut diamonds, a decadence that’s continued on the inner bezel ring and luminous dial. The usual lateral lugs are done away with, leaving only the central lug that’s now highlighted by two specially calibrated cushion-cut diamonds that embellish the strap attachments. 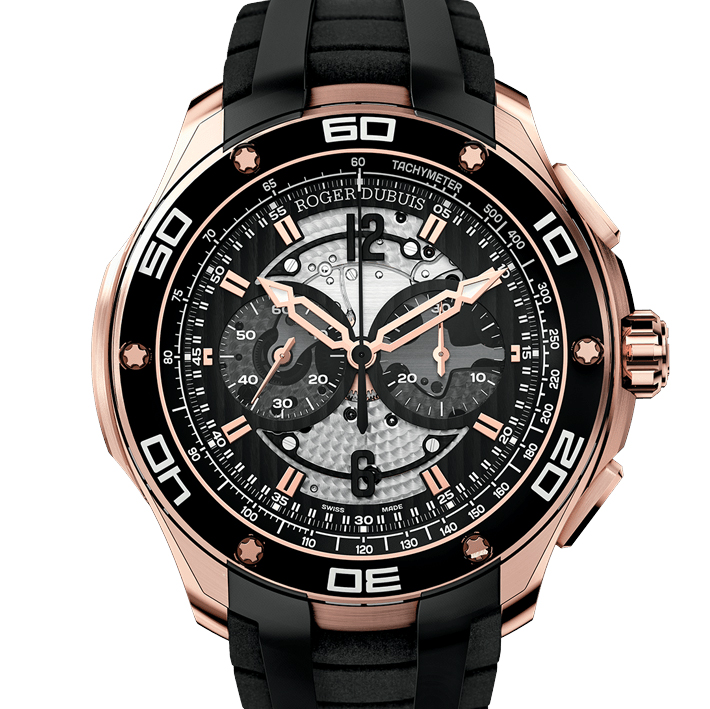 The Pulsion goes where many sports watches fail to reach in terms of details, aesthetics and mechanical prowess. Accented selectively by black DLC-coated applied Arabic numerals and a “dial” that partially lines the perimeter, the watch is a curious design, especially with the exposed main plate that’s finished with circular graining. Two subdials provide chronograph feedback, both of which are styled similarly with contrasting ‘smoked’ sapphire disk, black DLC parts, and white painted markers provide legibility to an otherwise complex facade. The calibre RD680 is visible with the partially skeletonised design, and like the rest, also bears the esteemed Geneva Seal. Excalibur Knights Of The Round Table II Watch

Mechanical wonders aside, Roger Dubuis was also a big fan of craftsmanship, and recognised its impact on watchmaking. The emotive potential of objects — especially timepieces — can be enormous, much less a dial that has a culturally significant diorama. On this piece, the famous depiction is portrayed via 12 miniature bronze knights positioned around a delicately engraved black jade dial. Of course, each of these knights are individually styled to accurately represent King Arthur’s most trusted band of brothers, showing the brand’s dedication to creating avant-garde timepieces. Functionality isn’t sacrificed here, the RD821 automatic calibre within boasts a 48-hour power reserve, and a water resistance to 50m.