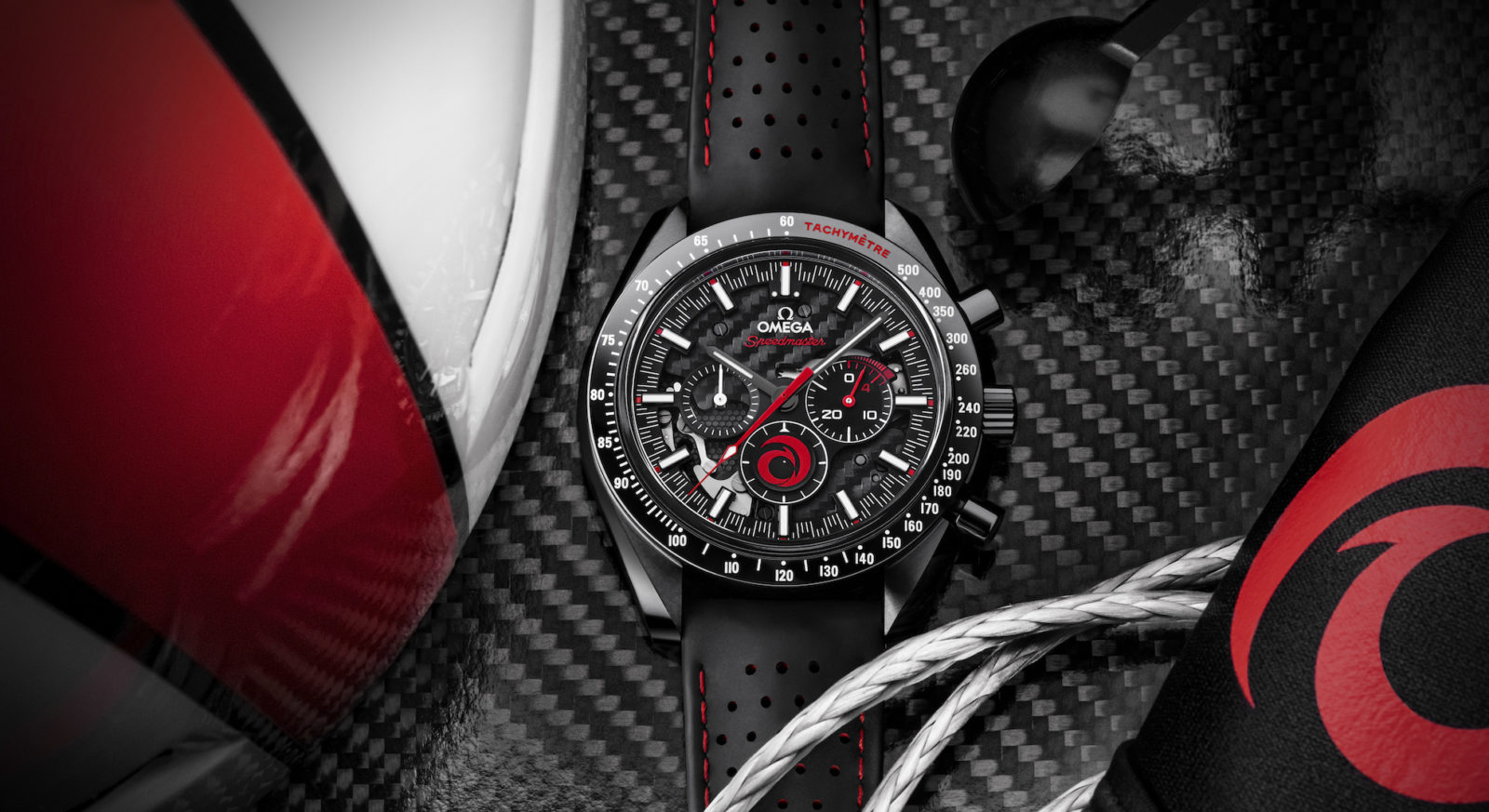 Whilst it was once made for the moon, it is now worn amidst the oceans.

Earlier this week (on ‘Speedy Tuesday,’ just for good measure) Omega released the latest addition to its popular Speedmaster line-up — known simply as the Speedmaster Alinghi, named after Ernesto Bertarelli’s sailing team. Built around the same basic design as the Apollo 8 (what Speedy enthusiasts refer to as the ‘Dark Side of the Moon’), the Alinghi is a curious addition to Omega’s expansive backlog of nautically-themed commemorative releases.

In 2018, the brand produced a one-off Seamaster Planet Ocean for use by Emirates Team New Zealand. This year, it celebrates its selection as timekeeper for the venerated 36th America’s Cup yacht race with a themed release, limited to 2,021 pieces. In that sense, the decision to put what is traditionally seen as the definitive space watch on open water seems like a bizarre one — until you consider that the essence of yacht racing is speed. To be sure, the Alinghi is perfectly capable of taking a dip should that need arise (the case is water resistant to 50m) but its primary drawcard is a mix-up of mechanics and construction. 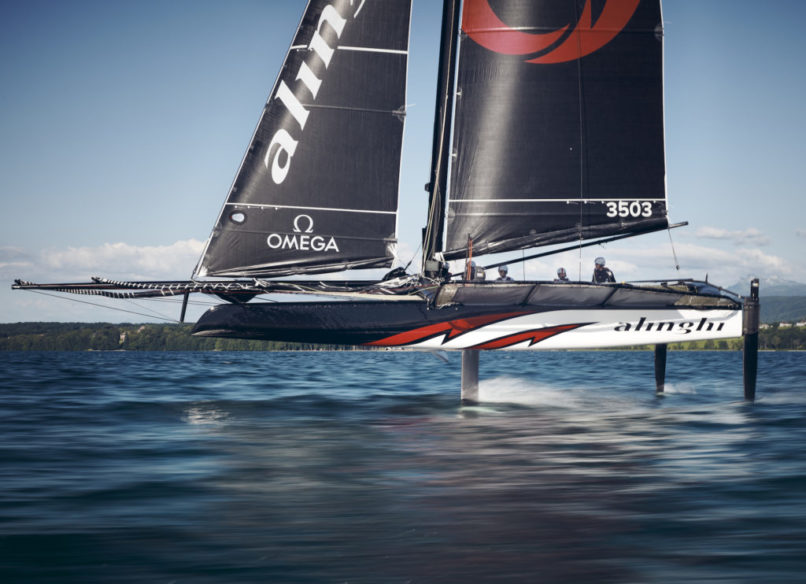 Watches Omega Omega Speedmaster
You might also like ...
Style
The latest OMEGA 2020 collection journeys to the stars and the deep blue seas
Style
A guide to looking after your luxury watches so they will last generations
Style
OMEGA revamps the entire Constellation men’s lineup
Style
To the left, to the left: 5 really neat left-handed watches
Lifestyle Asia
Here's where you can read the latest news and stories from Lifestyle Asia, curated from all of our editions in Hong Kong, Singapore, Kuala Lumpur, Bangkok, India and Paris.
Luxury