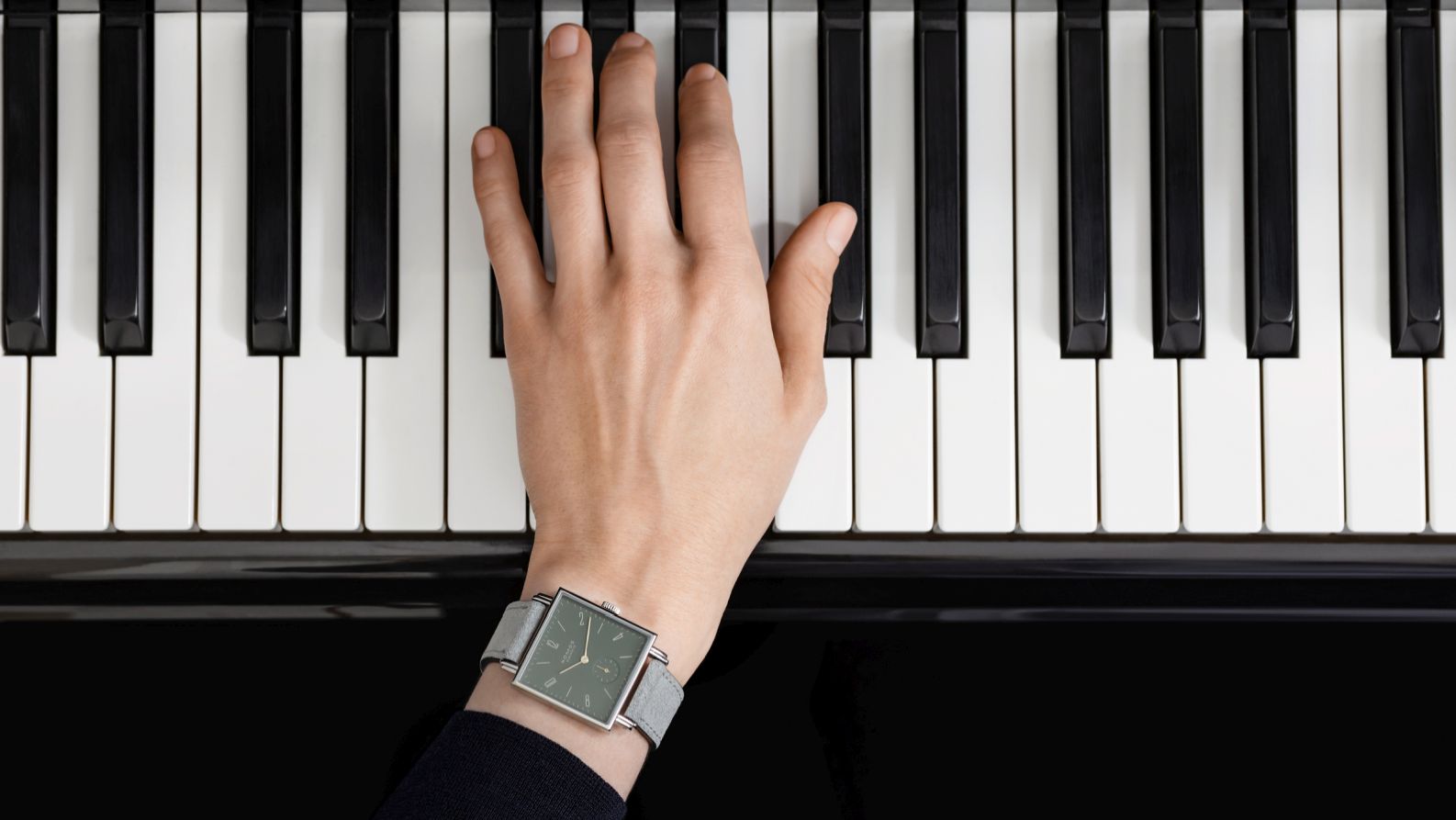 Independent watchmaker Nomos has extended its beautiful Tetra lineup with four new timepieces, and it is a wholly German affair.

Amongst a very particular subset of watch collectors — particularly those into art and multidisciplinary design — Nomos’s Tetra collection has been a known quantity for nearly a decade. The independent German watchmaker’s following has blossomed since the days of the OG Tetra (first released in 1992); but modern versions of the distinctly German-looking squared watch still offer an incredible value proposition for anybody interested in top-line industrialised watchmaking, encased in an elegant mid-century package. Given that the Club, Autobahn, and Tangente lineups are already shown plenty of love, Nomos is once again turning its attention to the Tetra — announcing four new models which pay tribute to German composer Ludwig Van Beethoven. According to the brand, each Tetra Symphony is named after a particular work written by Beethoven, ranging from the obvious (e.g. his legendary symphonies) to more intimate esotera.

The four new models consist of: the ‘Divine Spark’, ‘Ode to Joy’, ‘Immortal Beloved’ and the ‘Fidelio’. Each is decorated with pastel-like hues that are fresh to the Tetra collection; including copper, olive, turquoise, and nachtbleu respectively. Evidently, the quartet of Beethoven ‘works’ that Nomos has chosen embody significant high points in the composer’s career — plus a very inside-baseball mystery that’s likely to pique the interest of watch-buying classical music lovers.

The Divine Spark model gets its name from the English translation for the German word ‘Götterfunken‘: the latter appears in the text written by Friedrich Schiller to accompany Ode to Joy (i.e. the final movement of Beethoven’s Symphony No. 9). The eponymous orchestral work also supplies the name for another Tetra Symphony (in our opinion, the best looking of the bunch, thanks to a snazzy tone-on-tone olive dial).

On the other hand, the Immortal Beloved is inspired by a pretty esoteric piece of Beethoven trivia: taking its name from a 10-page love letter written by the composer (to an unknown paramore) in the summer of 1812. Last but not least, you have the Fidelio — a reference to the German language opera of the same name. First performed in 1805, Fidelio bears the distinction of being the only opera ever written by Beethoven, and its themes — which deal with political suffrage and unjust imprisonment — are instructive of his work during the period.

Allusions to high culture aside, horologists can expect to find Nomos’s long-serving Alpha calibre ticking away inside every Tetra Symphony. This compact, manual-wind movement is produced in-house at Nomos; and offers a similar level of performance to the Peseux/ETA 7001. (It’s worth pointing out that while the Alpha calibre isn’t COSC-certified, Nomos watchmakers regulate the movement in half a dozen positions following assembly.)

Bearing all this in mind, you’d be right to point out that the connection between Beethoven and these Tetra Symphony models is tenuous at best. Discount the whimsical naming conventions and the fact that Nomos and Ludwig Van are both irrepressibly German, and you’re left with a quartet of new releases that expand nicely on the existent Tetra lineup. No doubt for enthusiasts, that’s still good news.

Find out more on www.nomos-glashuette.com.

Style
Siam Magical Moments
Culture
Our theme for April 2020 is an ode to the arts
Culture
30 things to do to kill quarantine boredom
Food & Drink
Quarantine in style with these fine-dining food deliveries
Living
Our Good Life Guide to Staying In
Culture
10 travel books to teleport your mind somewhere breezier right now
Beauty & Grooming
6 best sleeping masks that will hydrate your skin while you snooze
Culture
The lockdown activity you should be doing, according to your zodiac sign
Beauty & Grooming
Trend to watch: skincare on a stick
Food & Drink
Diary of Deliveries: 7 things we sent each other this week
Sign up for our newsletters to have the latest stories delivered straight to your inbox every week.