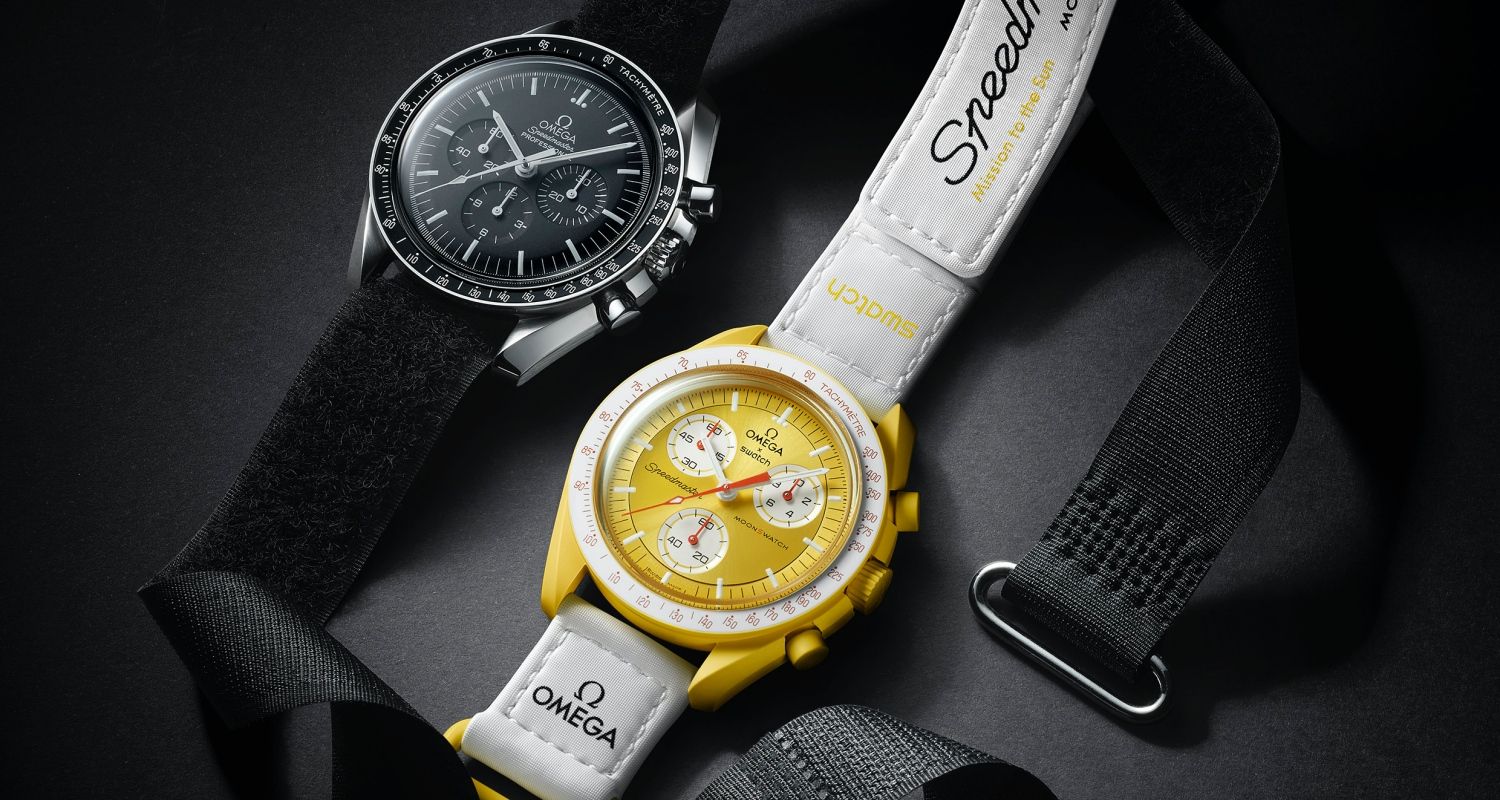 Omega and Swatch are making watches fun again with their latest collaboration. The two Swiss watch brands’ first-ever collaboration resulted in a playful take on Omega’s iconic Speedmaster chronograph at a price point that has everyone going a bit gaga.

The two brands just dropped the MoonSwatch – marrying the best of both worlds in a singular creation. It is essentially the Omega Speedmaster Moonwatch, injected with a whole lot of Swatchness in a whimsical, colourful and accessible way. Drawing inspiration from space – where else? – the collection includes 11 Swatches named after planetary bodies, from the sun at the centre of the solar system to the dwarf planet at its periphery.

On the back, the watch features a depiction of its planet. A Velcro watch strap (as used by astronauts to keep their watches over their spacesuits while on a mission) is included in the box set.

Houston, we might just have a slight problem. With limited availability, each customer is only allowed to pick two different variations of the MoonSwatch. And they’ve already sold out very fast.