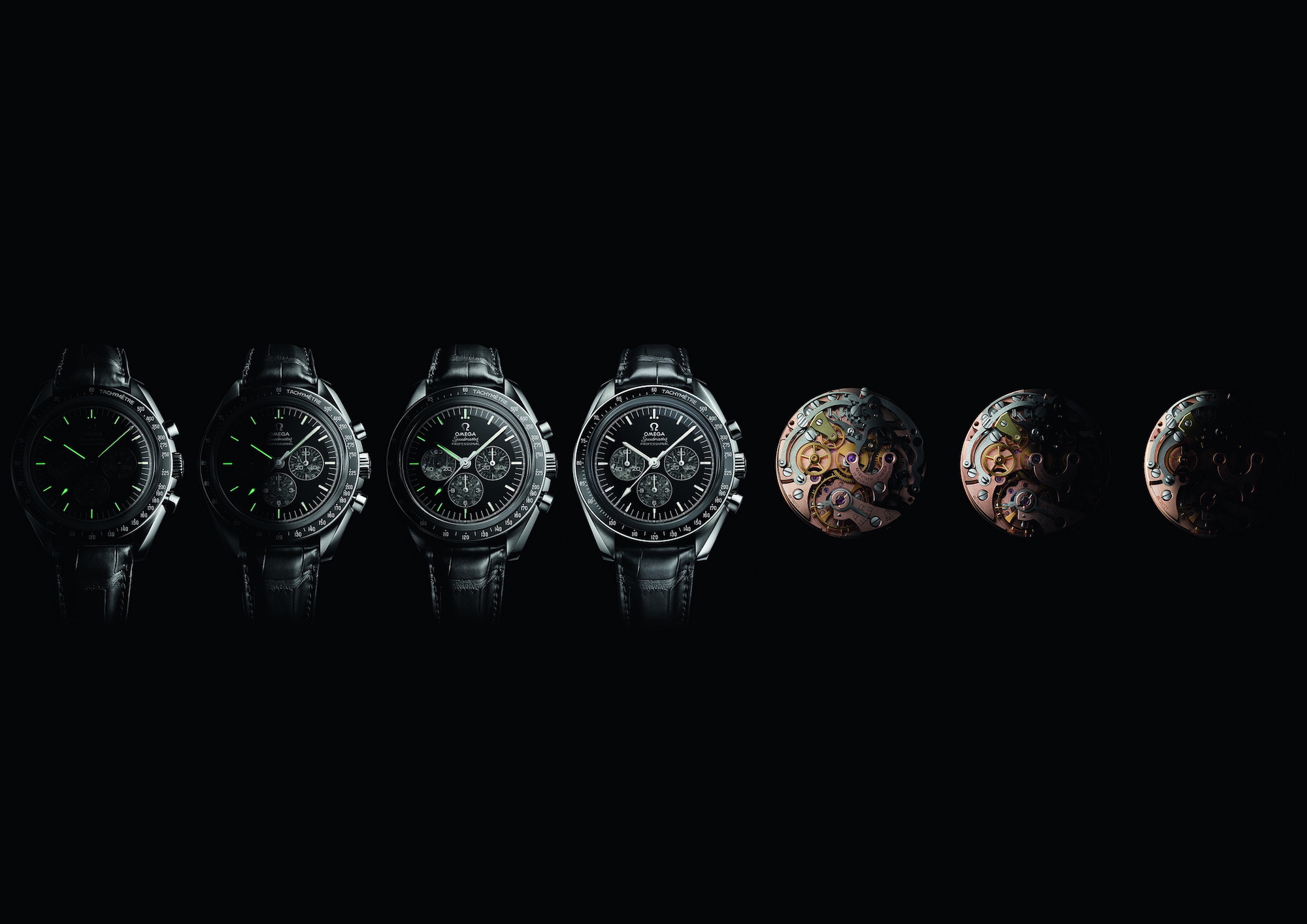 50 years ago exactly to this day, the Apollo 11 first landed on the moon and thrilled mankind with its astonishing accomplishment.

This 26 November, as we celebrate together with Swiss watchmaker OMEGA the 50th Anniversary of the Apollo 11 lunar landing, the brand unveils a new Speedmaster Moonwatch to honour this moment with a special movement. The lunar legend returns with the iconic calibre 321, and, we must say, it’s quite a striking comeback.

[All image courtesy of OMEGA]

The original Calibre 321 — the first movement ever used in the OMEGA Speedmaster back in 1957 — was treasured for its beautifully intricate design. Remember the OMEGA watch model which astronaut Ed White wore during the first American spacewalk? It was used in a variety of space-bound models including the Speedmaster ST 105.003, which was tested and qualified by NASA, and the Speedmaster ST 105.012, which was first worn on the moon on 21 July 1969.

Long recognised for reliability and elegant design, the classic chronograph has now been given a fresh few touches to mark its 50th anniversary. Reborn in-line with its original specification and following extensive research and reconstruction, the new Speedmaster Moonwatch 321 Platinum is here to stun us again. Here’s the low-down.

The new Speedmaster Moonwatch features a 42mm brushed and polished case crafted from an exclusive platinum alloy. The case design was inspired by the asymmetrical 4th generation Speedmaster case with twisted lugs. The timepiece features a sapphire-crystal caseback, and also comes with a shiny black leather strap with a platinum buckle for a very timeless look. The Speedmaster’s famous tachymeter scale also makes an appearance alongside the chronograph, featuring white enamel and a black ceramic bezel.

Not just deeply mesmerising with its dark night hue, the step dial on the new Speedmaster Moonwatch is made from onyx, perfectly complementing the 18k white gold of the hands and indexes. A special touch on the chronograph timepiece are the three meteorite sundials, as a sweet nod to the lunar landing.

To the moon and back

Not just a cute gimmick, OMEGA has used real slices of moon meteorite to curate this new edition. It is an obvious link to the landing of Apollo 11, but it also pays genuine tribute to the Calibre 321, which has powered every Speedmaster ever worn on the moon. 321 is officially back here in the present, with the most refined tribute to the past.

Watches Omega Luxury Watches Omega Speedmaster
Alisha Pawa
Writer
Alisha is a passionate dancer and is always creating her own choreographies. She is a fan of rom-com novels, a coffee-drinker who loves tea, and is always on-the-go for her midnight chocolate cravings. She hopes to tick-off her never-ending bucket list one day by hosting her own travel show.
Arts & Culture Beauty Trends Travel

Living
Our Good Life Guide to Staying In
Style
Best Dressed in Bangkok: Quarantine Grocery Shopping Edition
Culture
30 things to do to kill quarantine boredom
Style
8 fashionable face masks for Bangkokians with style
Food & Drink
The best burger deliveries in Bangkok
Food & Drink
5 recipes to turn a stale bread into stunning desserts
Culture
Why Netflix Original travel shows are actually real hidden gems
Style
The fashion events to look forward to this year, from fashion weeks to the Hyères Festival
Food & Drink
From toast art to focaccia florals, here’s the best pandemic food art we’ve spotted
Travel
5 boutique hotels in Hua Hin for your next escape from the city
Sign up for our newsletters to have the latest stories delivered straight to your inbox every week.

Looking to boost your metabolism and get the body

Enough summer now, let's cool it down a little bit

Portable heat to fight with the sun ☀️ 📸cre